Kim Sang Kyung And Kim Min Jae Are Opposites Like Water And Fire In “Poong, The Joseon Psychiatrist”

Kim Min Jae and Kim Sang Kyung will be showing off their incredible chemistry in tvN’s upcoming drama!

On July 22, tvN released new photos of Yoo Se Poong as he finds himself in the unusual but beautiful village of Gyesu where he meets the eccentric master Gye Ji Han.

Due to Gye Ji Han’s tricks, Yoo Se Poong ends up treating patients for 11 days straight at the Gyesu clinic. His determination and stubbornness doesn’t stop there, as he’s unable to put down his medical books. As Yoo Se Poong was formerly a skilled and popular doctor for the king, questions are arising about how he became so incapable overnight and why he’s ended up in Gyesu village. 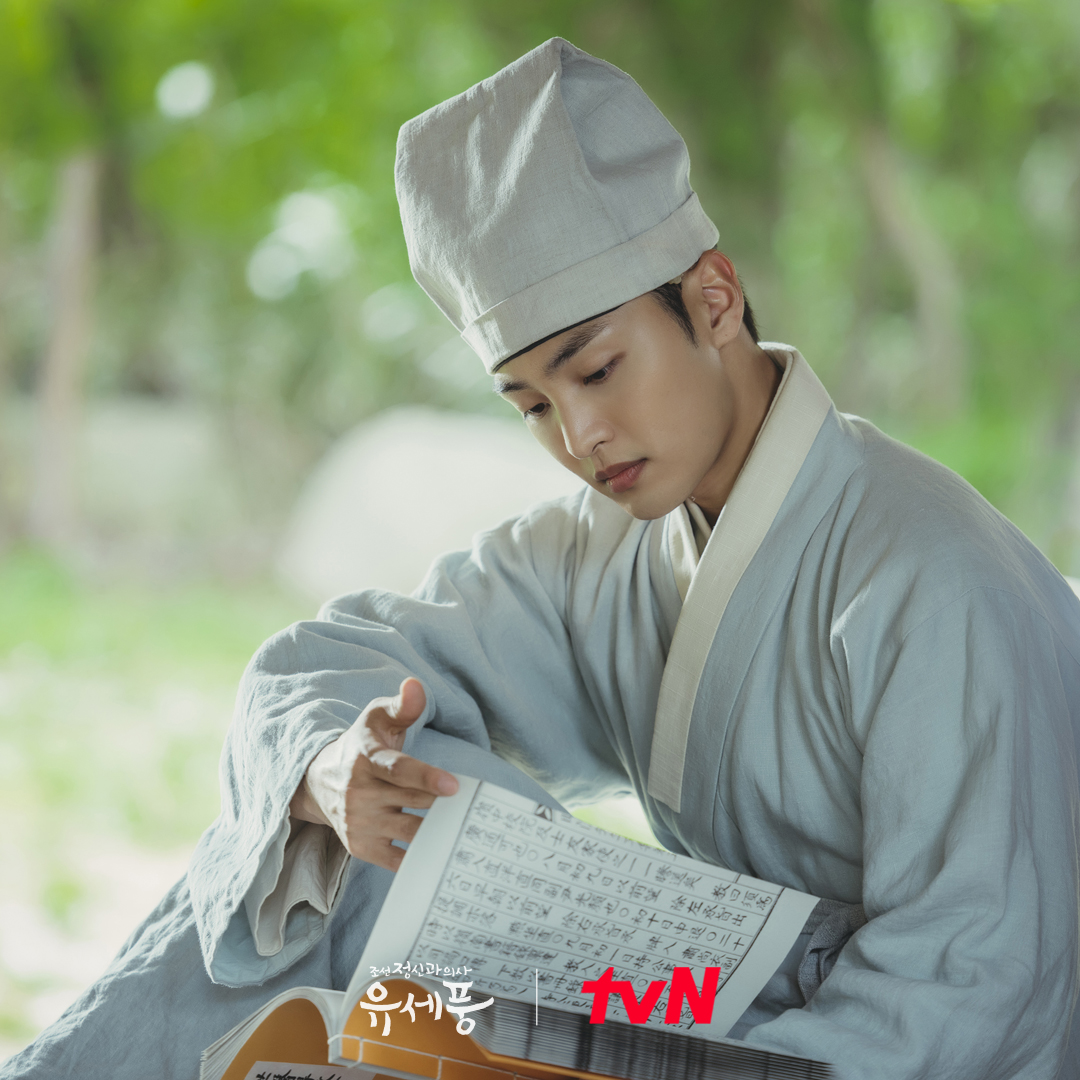 Yoo Se Poong and Gye Ji Han also kick off the world’s most trivial war of nerves. Without anyone noticing, Gye Ji Han slips off and begins counting in the pharmacy. As soon as Yoo Se Poong gives him a look of suspicion, Gye Ji Han hilariously moves on to something else. While he initially appears snobby, Gye Ji Han is more sincere than anyone with regards to saving lives and thus deeply understands the pain and trauma that Yoo Se Poong feels. 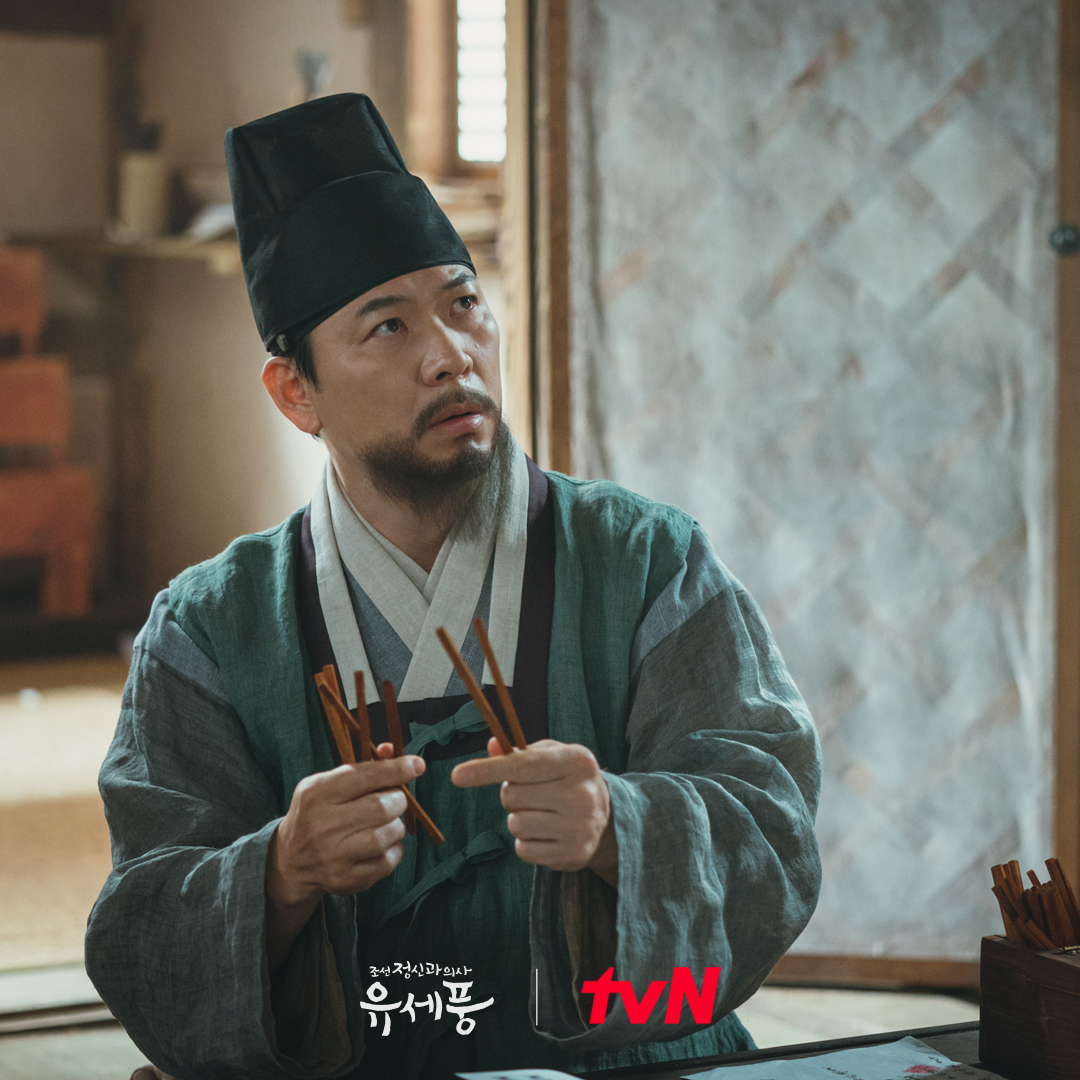 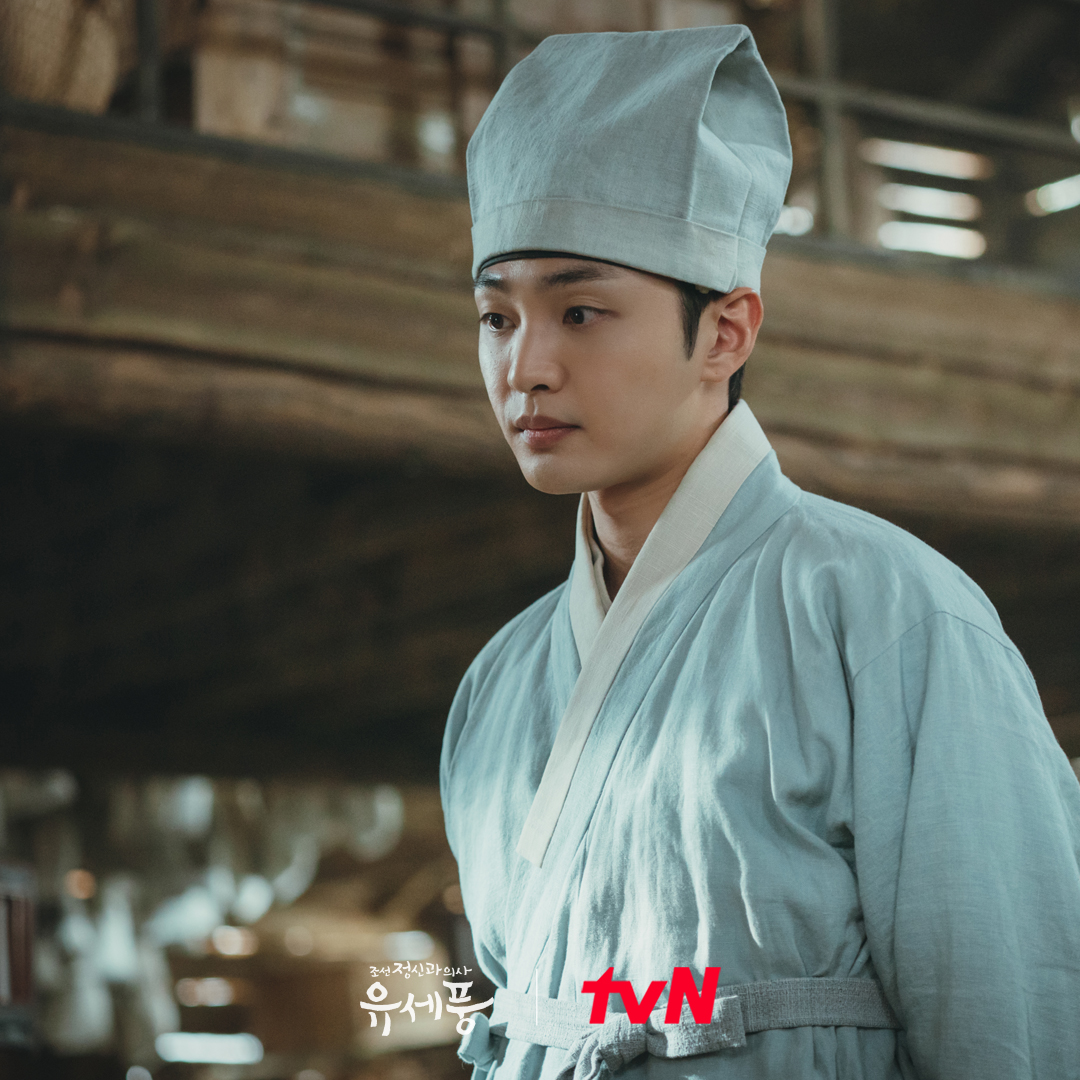 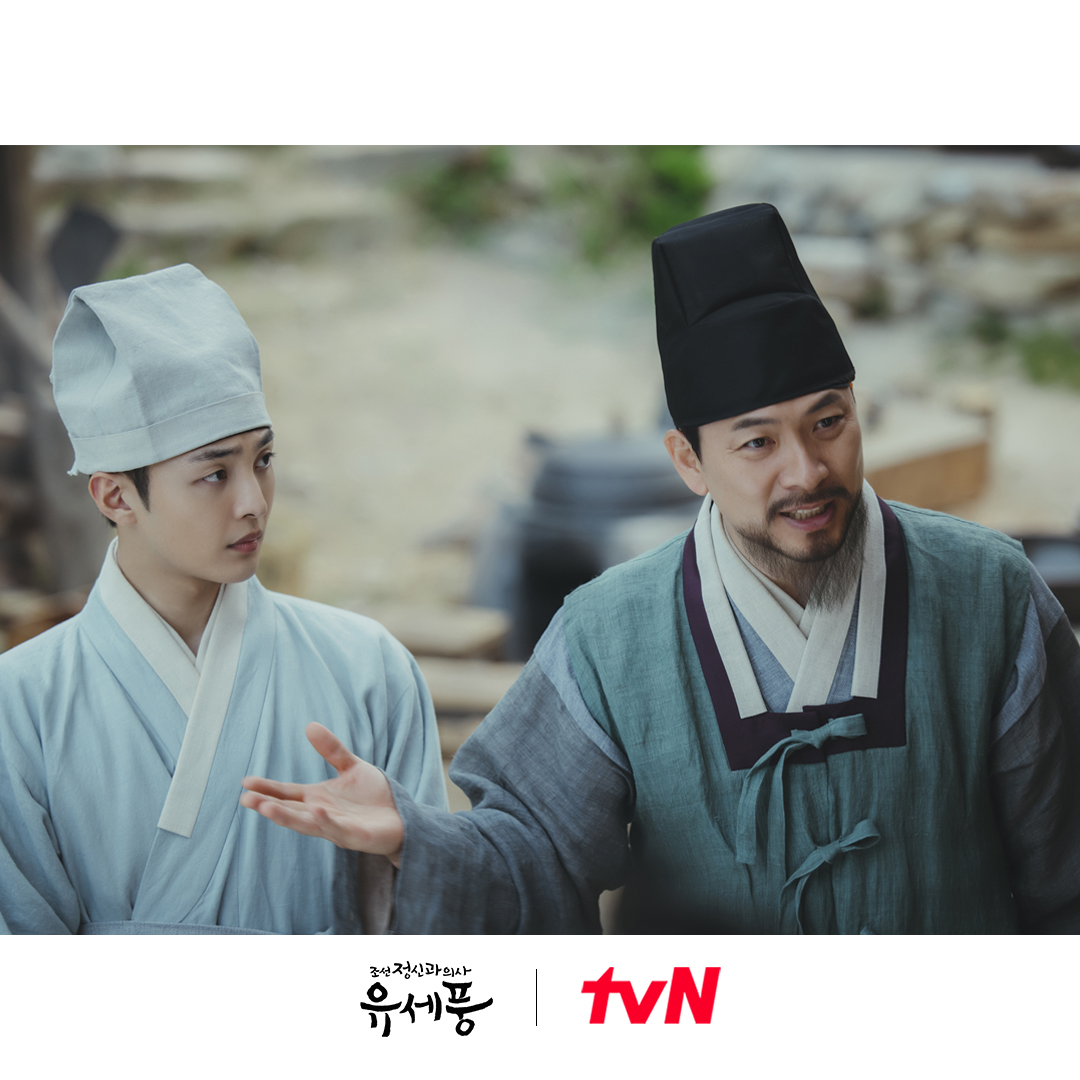 Kim Min Jae commented, “Just like North pole and South pole on magnets, Yoo Se Poong and Gye Ji Han exist on opposite sides. Although they clash often because they’re both strongly insistent, they also achieve good results when they listen to each other’s opinions.”

Kim Sang Kyung added, “Just like water and fire, they’re different types of characters, but both are necessary. They have a complementary relationship where they redeem each other’s strengths and weaknesses.”

“Poong, The Joseon Psychiatrist” premieres on August 1 at 10:30 p.m. KST and will be available with subtitles on Viki! Watch a teaser here!

In the meantime, watch Kim Sang Kyung in “The Crowned Clown” below: