“Yumi’s Cells 2” has officially come to an end, and it’s safe to say that the last two episodes provided viewers with a rollercoaster of emotions that we will be feeling for a while. While gripping onto the edge of our seats, viewers were slowly brought to closure as Season 2 came to an end. Fans of the series have become so invested in Yumi’s (Kim Go Eun’s) path of achieving her dreams as a writer and finding love. Here are five times we got closure from the last two episodes of “Yumi’s Cells 2.”

The feelings we had watching the last two episodes of Yumi’s Cells 2.

In the beginning of episode 13, we find out that Ahn Dae Yong (Jeon Suk Ho) is about to have a wedding with Yumi’s friend Kang Yi Da (Mi Ram). In a flashback, it shows that Dae Yong basically fell in love at first sight with Yi Da, finally replacing his love cell’s interest which was previously fixated on Yumi. 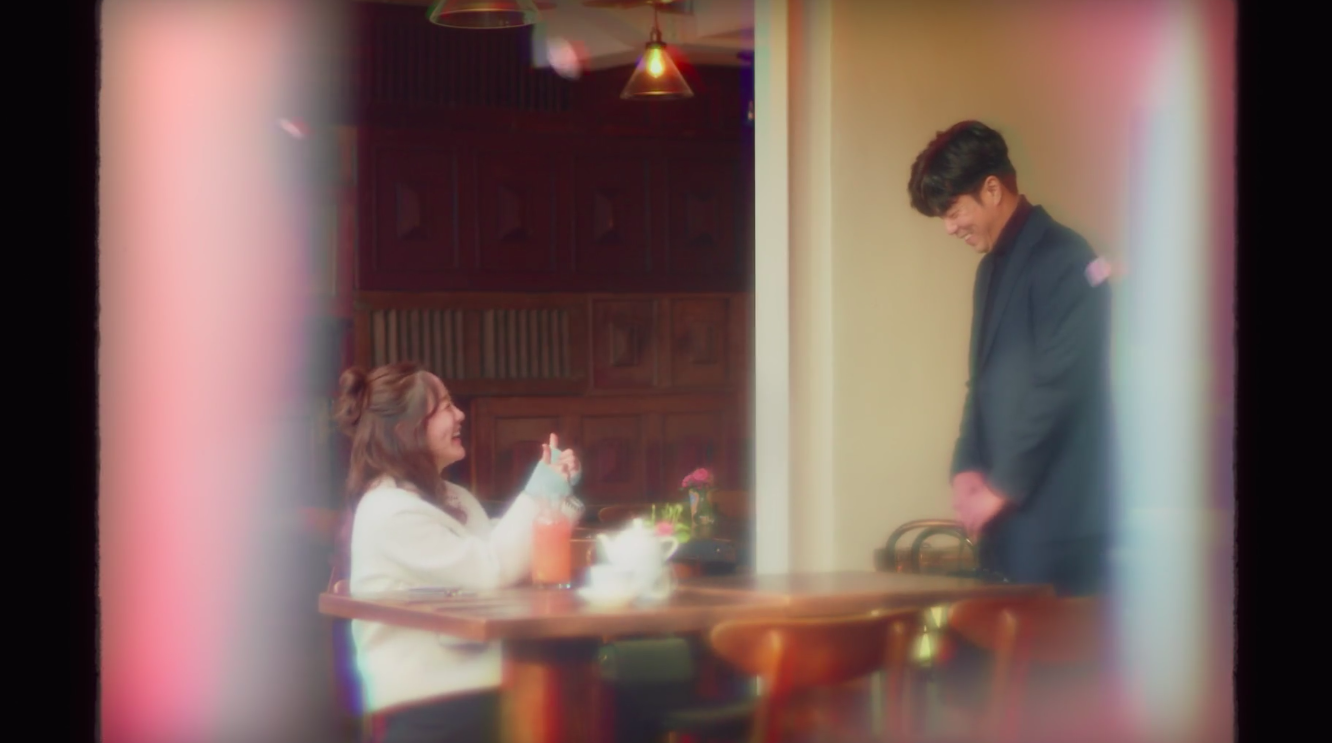 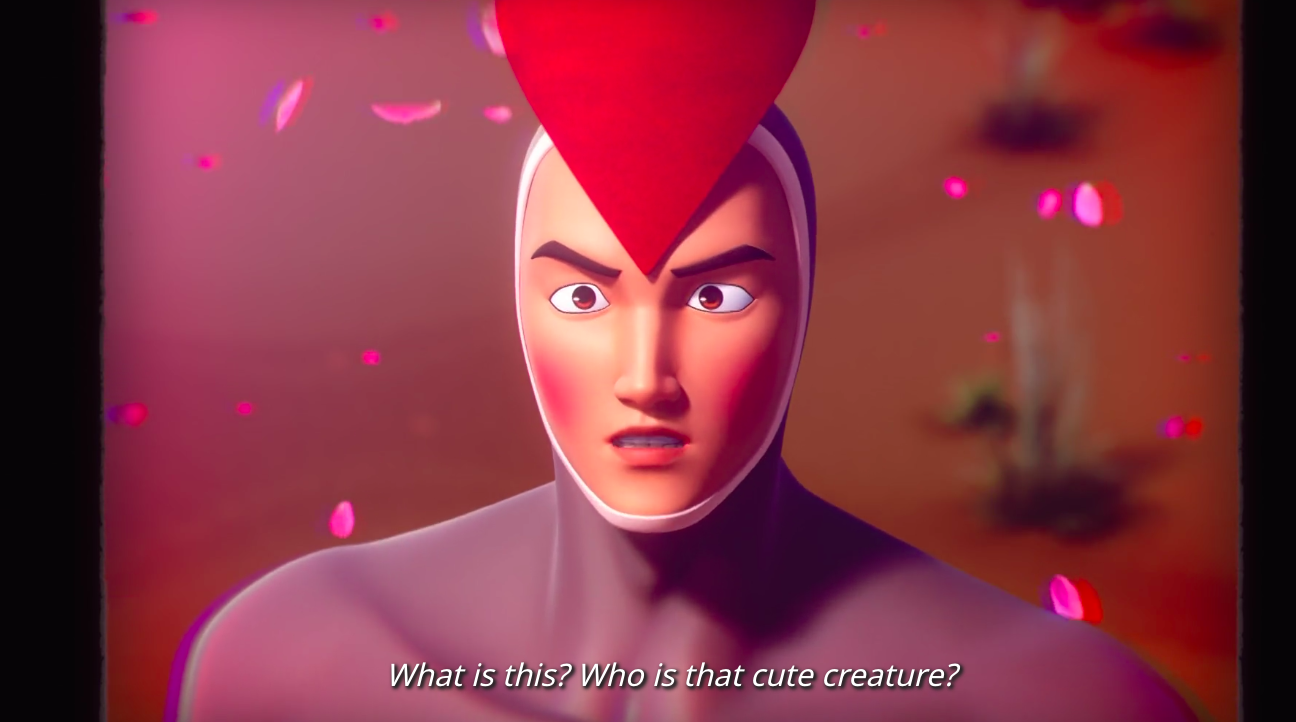 This part provided the perfect amount of comic relief in the angst-ridden finale of the series. Although Ahn Dae Yong was not a main part of the cast, viewers couldn’t help but sympathize with the heartbroken editor whose love for Yumi went on for so many years. It’s a relief to see that he was able to find true love. It was also hilarious getting to see his passionate love cell again – I missed him!

Ever since Yumi and Babi (Jinyoung) get back together, Yumi’s love cell is no longer her primary cell. In fact, all the other cells mention that they have no idea where love cell is, which inadvertently implies that Yumi does not love Babi anymore. After Babi proposes to Yumi in the midst of an emotional moment, Yumi slowly realizes her doubts about actually loving Babi. The final straw of this realization is when Yumi sees that Yoo Da Eun (Shin Ye Eun) has called Babi in the middle of the night but Yumi does not seem to care. 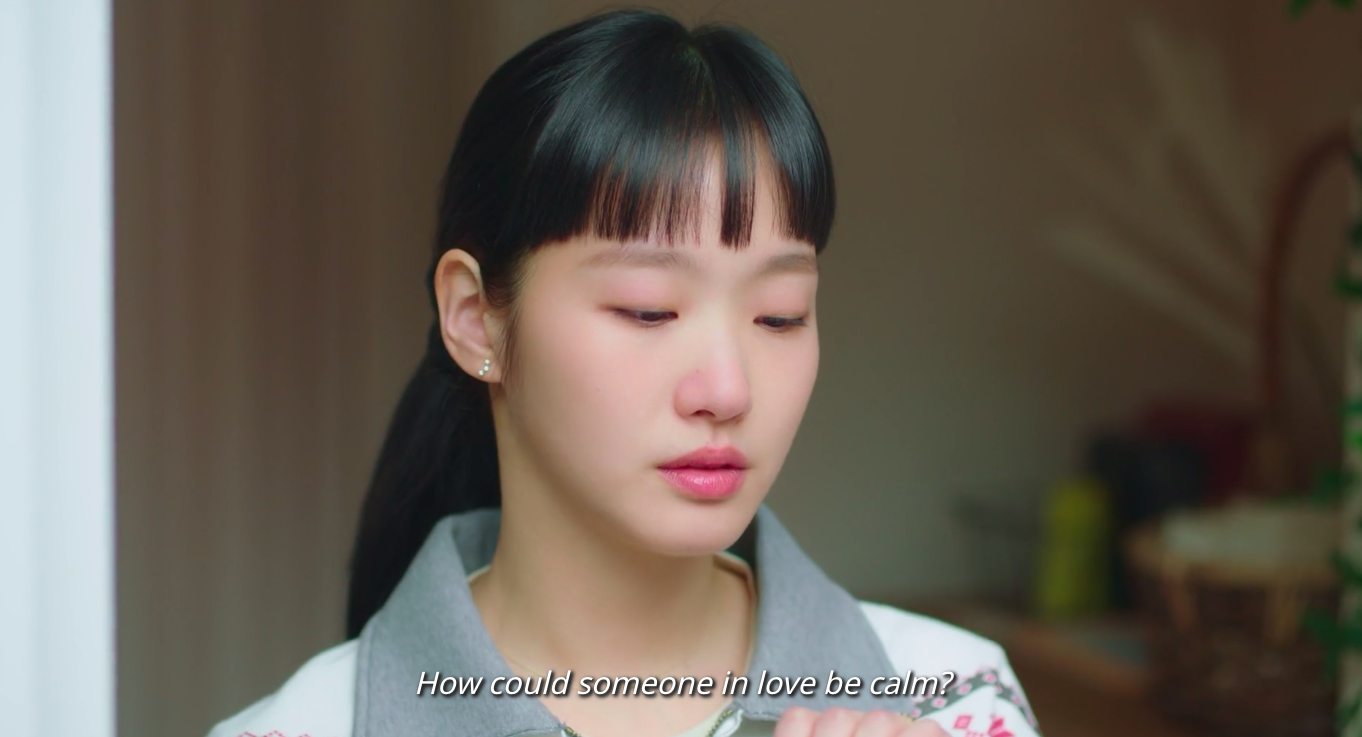 It seemed quite obvious that Yumi’s heart was no longer in the relationship after she and Babi got back together. Yumi seemed to be working extra hard in order for the relationship to work and was struggling to find her place with Babi again. With all the miscommunication, lack of trust, and hiding of true feelings, it was inevitable that this relationship would come to a breaking point. Yumi is able to realize this fairly quickly, and instead of dragging it on, she breaks up with Babi again, but this time, for good.

After Yumi and Babi break up, the series skips ahead eight months. At this point, Yumi is living on her own and is about to finish her second book. Yumi happens to lose her laptop, which has the final part of her book already written. When Babi happens to call her on the phone, he explains that the cafe owner had called him because Yumi had left her laptop there. Relieved, Yumi goes to the airport to pick up the laptop in a locker where Babi had left it. However, as a result of a delayed flight, Babi is able to see Yumi and say goodbye as he moves to Singapore.

The moments leading up to this scene had viewers’ stomachs in knots. Mainly because there was the anticipation of them possibly getting back together, or at least some heightened emotions. However, this feeling is quickly diminished when Babi says that he is actually seeing someone. In the next scene, Babi reveals to his co-worker that he is actually not dating anyone and that he had just said that so that Yumi can feel at peace. 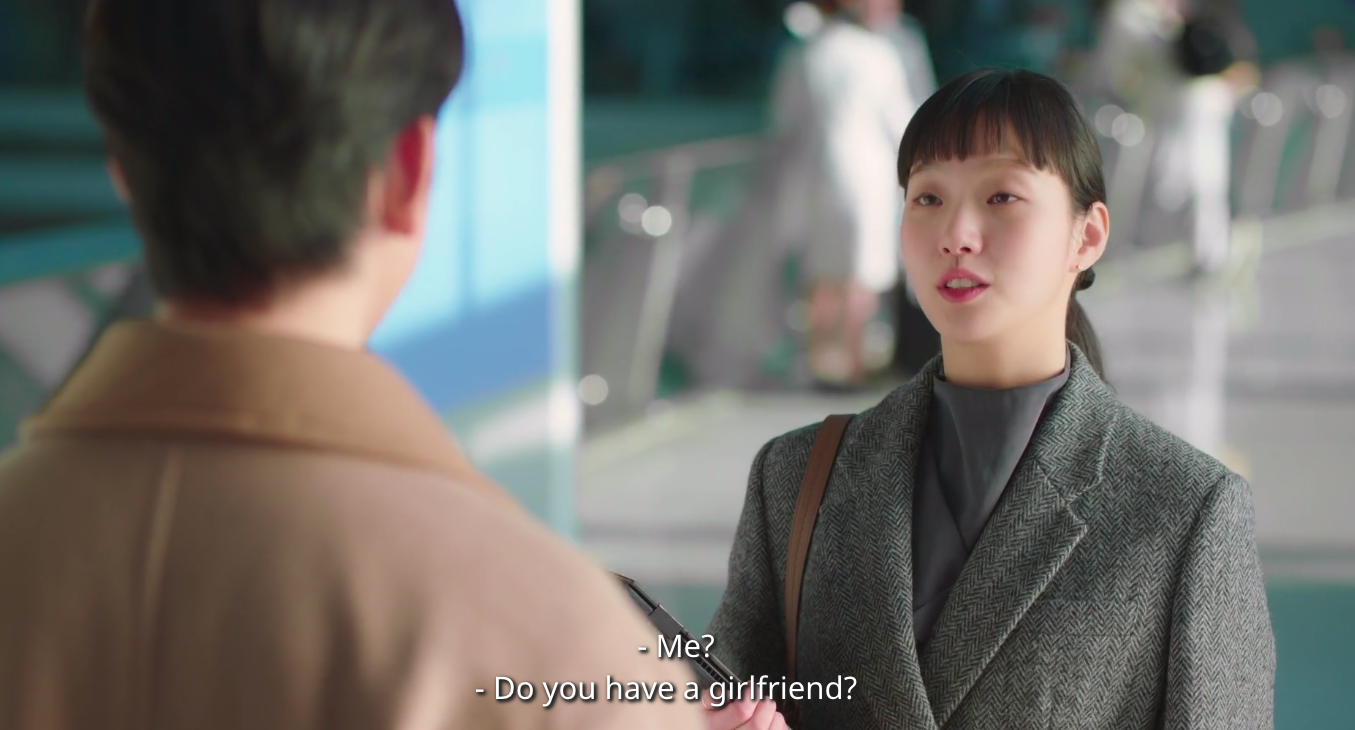 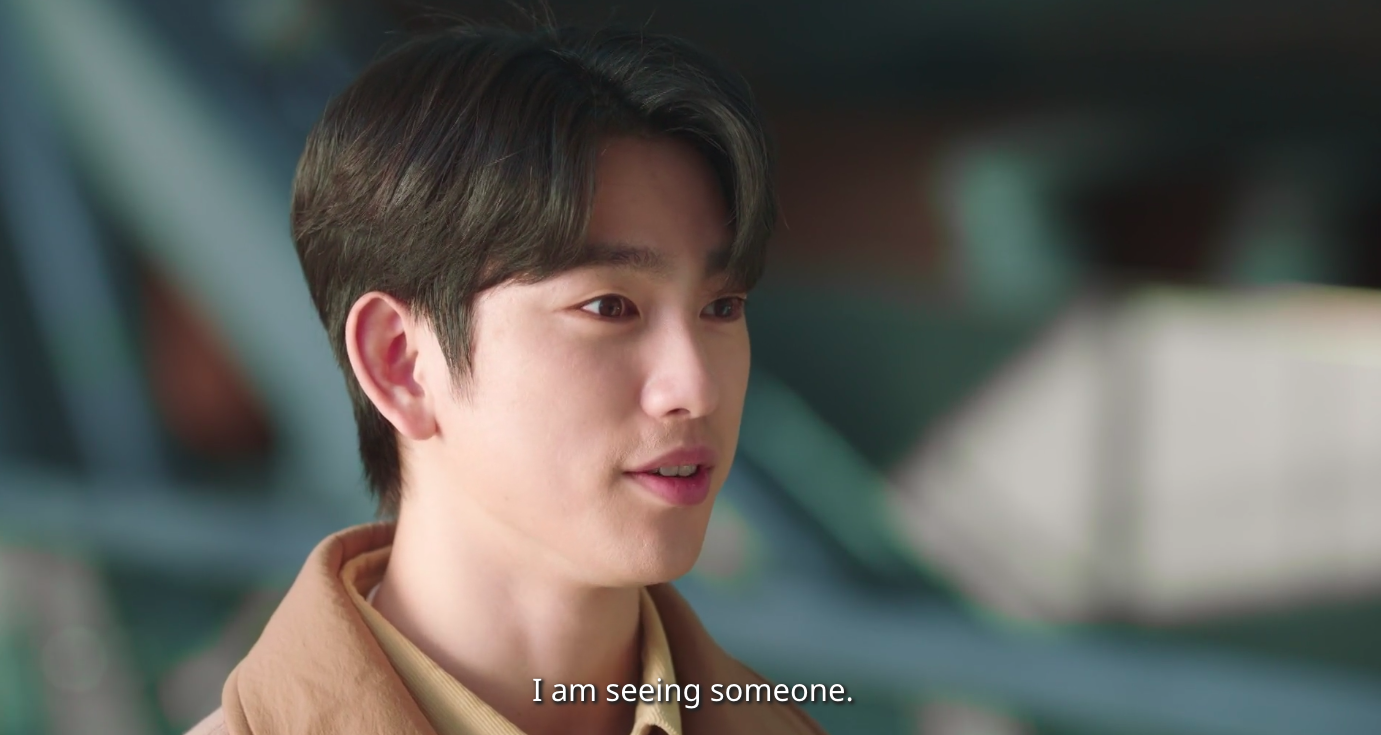 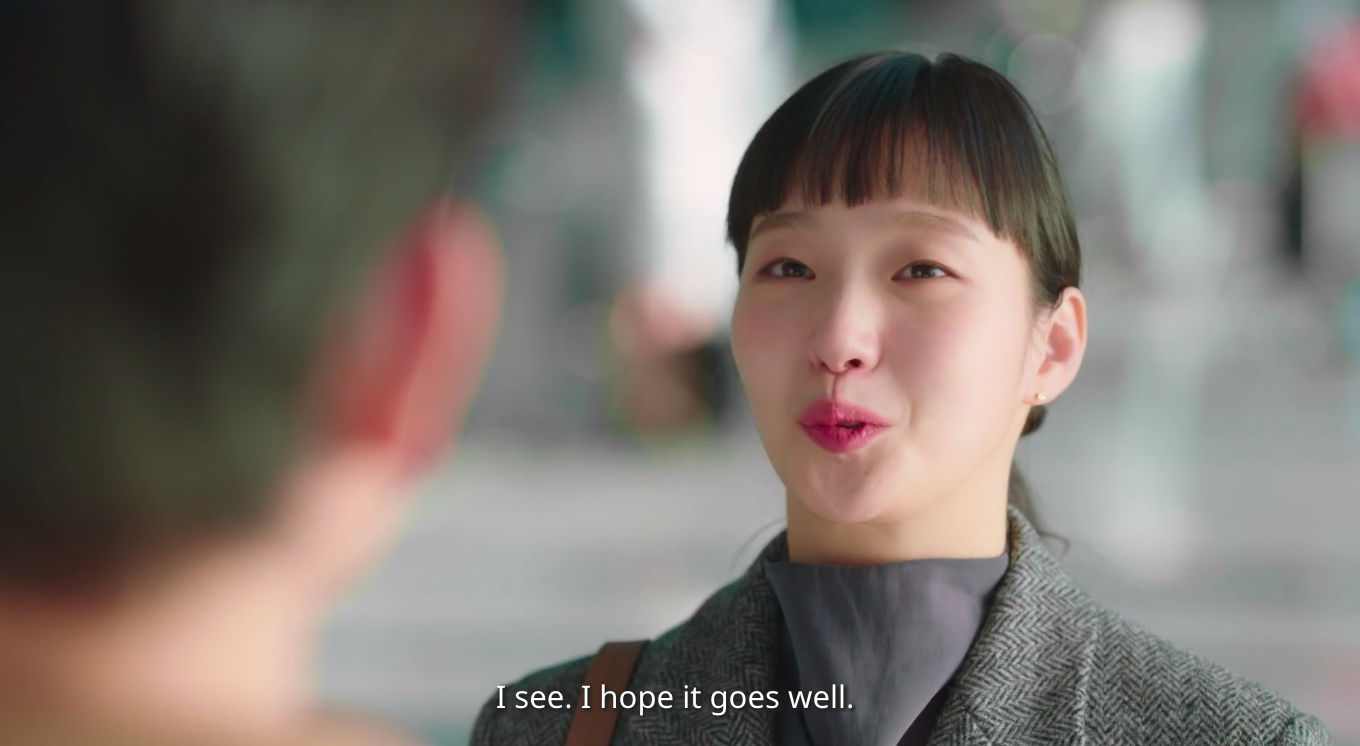 Babi has always thought about Yumi’s feelings and has never wanted her to feel uncomfortable on account of him. From the very first time he confesses his feelings to her to this last scene in the finale, Babi has always tried to make it so that Yumi feels comfortable around him. It’s a testament to Babi’s selflessness until the very end, and although it is still sad that he is hurt as a result of their breakup, he seems to be in a much better place. Here is to hoping that Babi will find someone who will make him happy!

Throughout the entire last episode of the series, Yumi struggles to figure out a solid ending for her book. With the pressure of the publishing company as well as the negative comments that were left on her previous chapters, Yumi is finding it stressful to try and come up with an idea. She is finally able to come up with the ending when Ruby (Lee Yoo Bi) calls her from a party, asking her to join. It dawns on Yumi that the best way to end her book would be at a party. 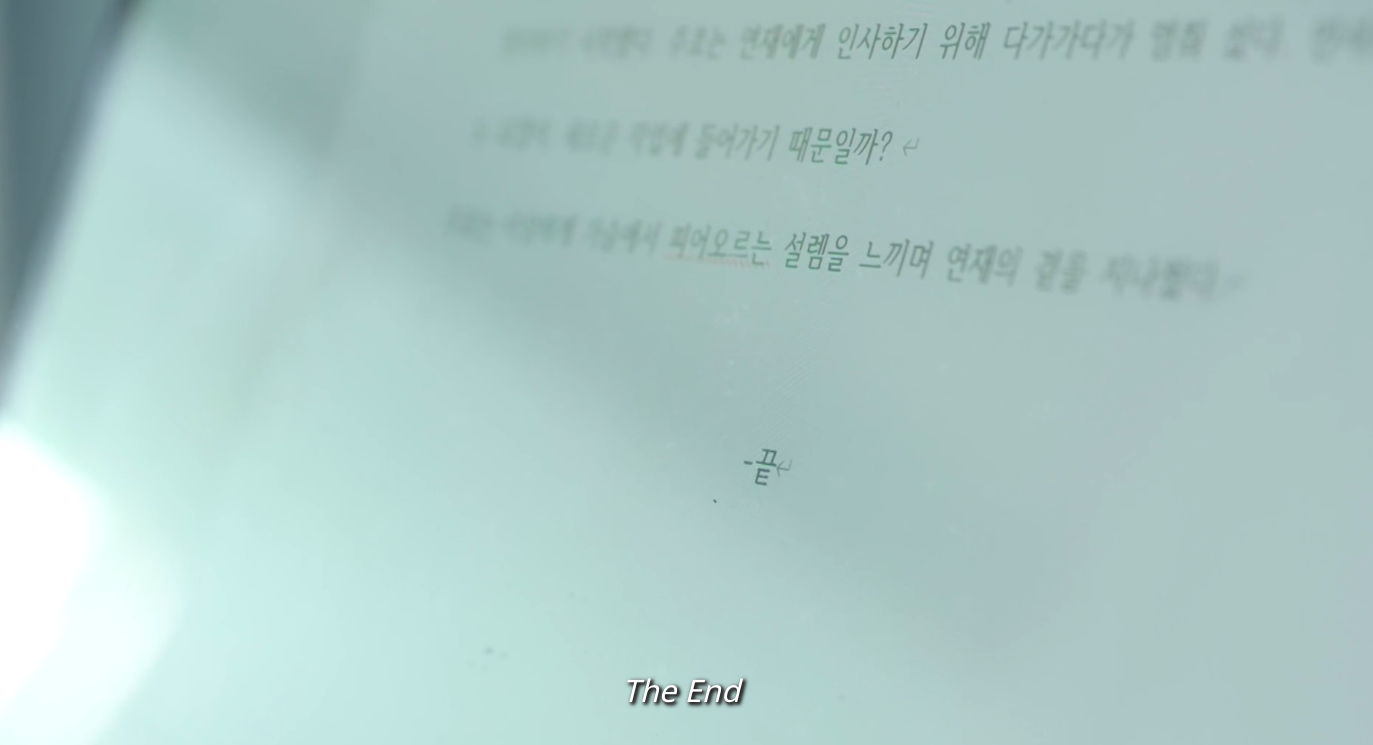 Yumi finding an ending to her book also brought closure to the readers. As she typed the words, “The End,” it felt like it also marked the end of the series. You could feel the excitement and joy that Yumi felt after finishing her book, and as viewers, we could also (almost) breath a sigh of relief. We only want Yumi to be happy, and this felt like the closing of a new chapter but also hope for better things ahead. 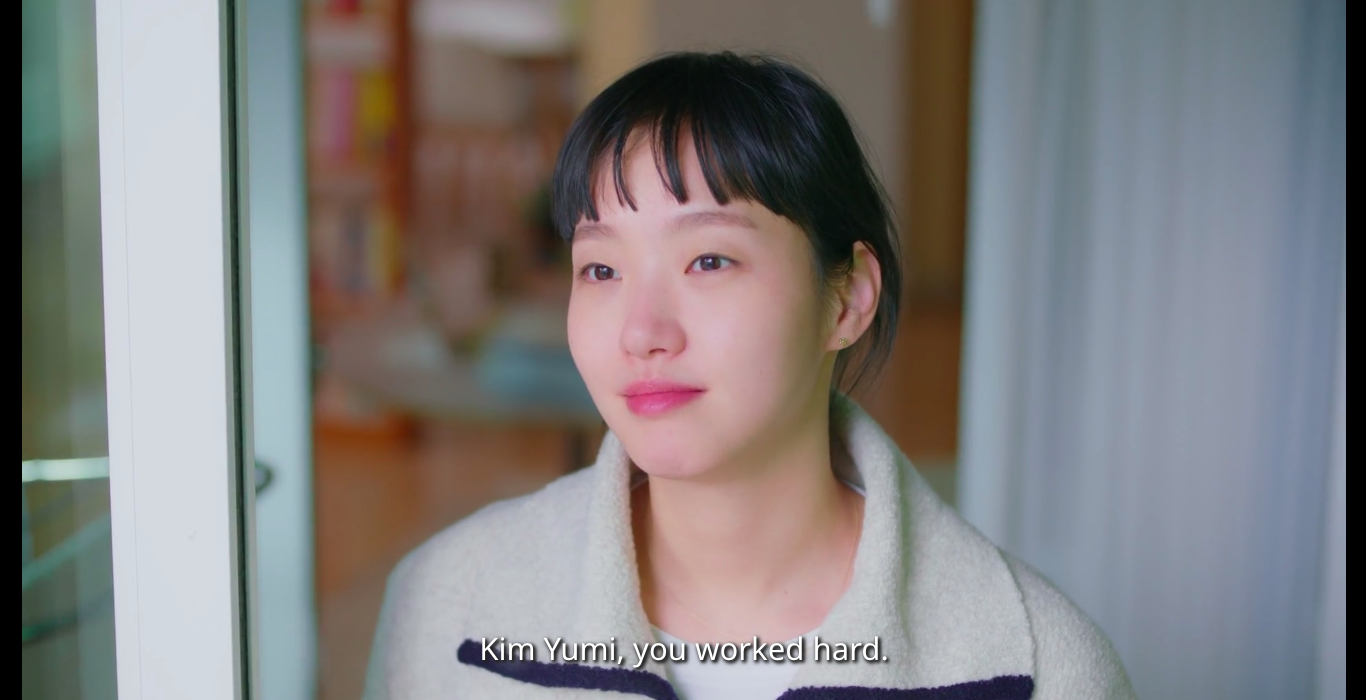 5. Yumi’s love cell coming back and being happy again 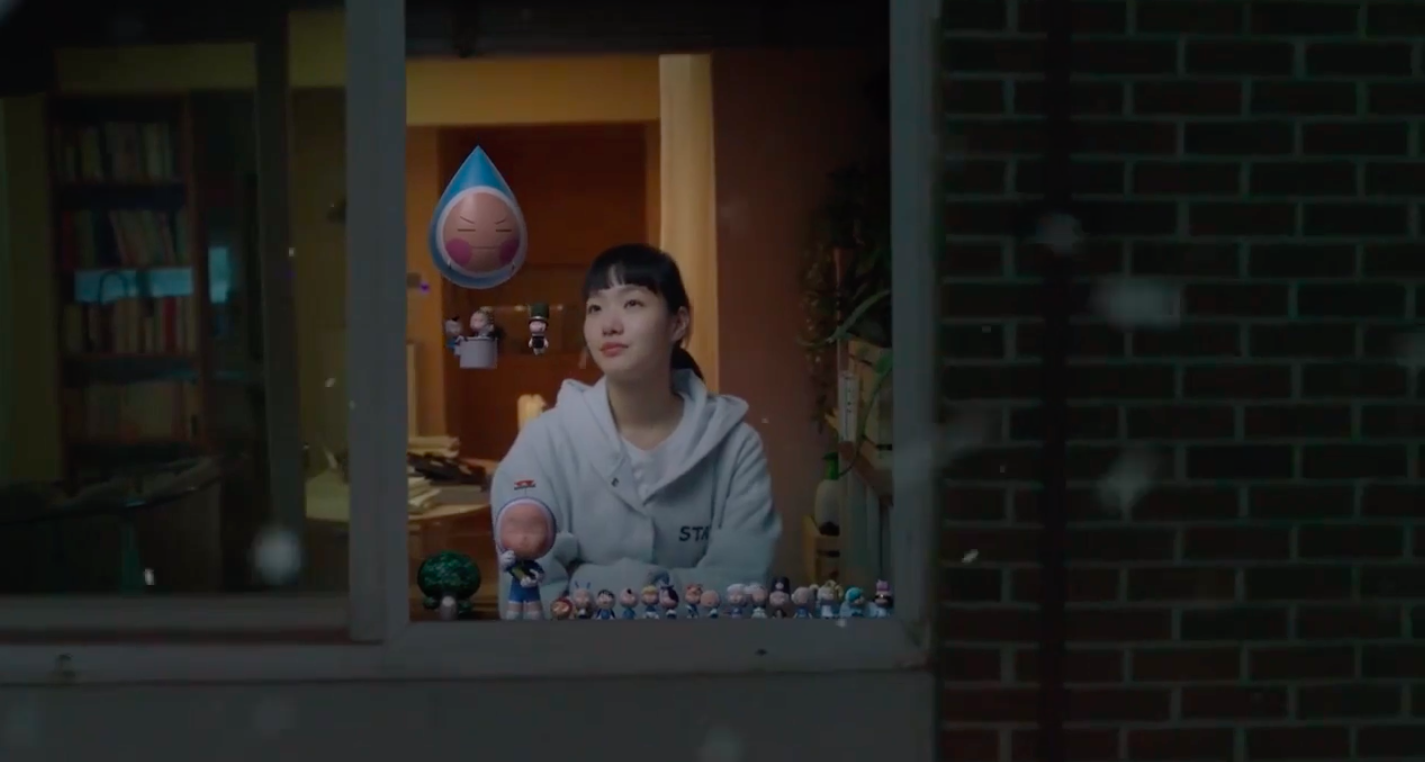 Yumi’s love cell finally makes a return toward the end of the series, signifying Yumi’s readiness to find love again. Her life is in a good spot in that she is a successful author, is living out her dreams, owns her own house, and is financially no longer struggling. It is also toward the end of the series that viewers are first introduced to assistant editor Soonrok.

In the webtoon, Soonrok is the one who Yumi ends up falling in love with and marrying. Although the series did not get to that part, the last scene of Soonrok introducing himself via chat could imply that the two will be together. Despite this assumption, the director has left the ending of this series to be pretty open-ended. 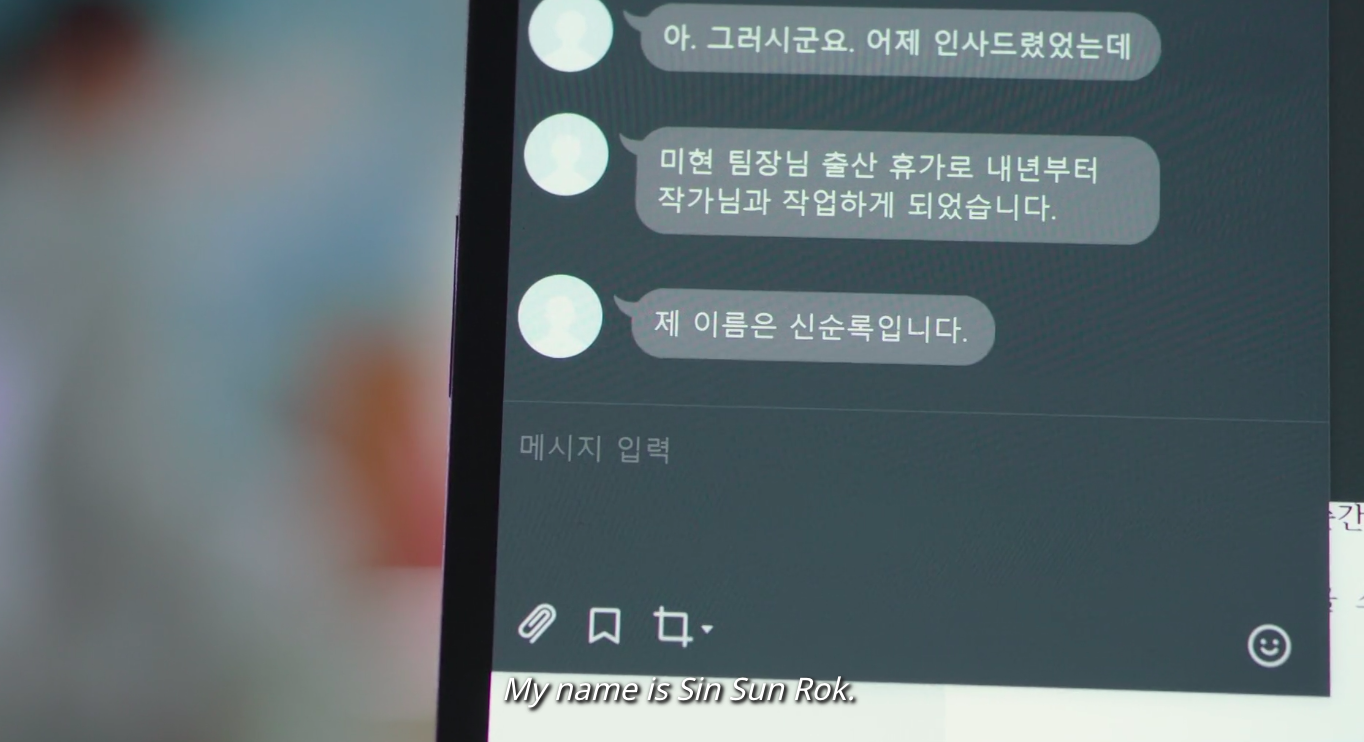 Although it is a bit open-ended in that fans did not get a glimpse of Soonrok at the end of the series, there is still the closure and feeling of contentment that Yumi is at peace. She is living a drama-free life and is ready to start her journey with love. In her past two relationships, Yumi’s heart was never fully able to heal as she was still on the mend of previous heartbreak, but now it seems that she is completely ready to find that special someone.

Goodbye Yumi, Babi, Woong, and all the adorable cells. Hope to see you again one day! 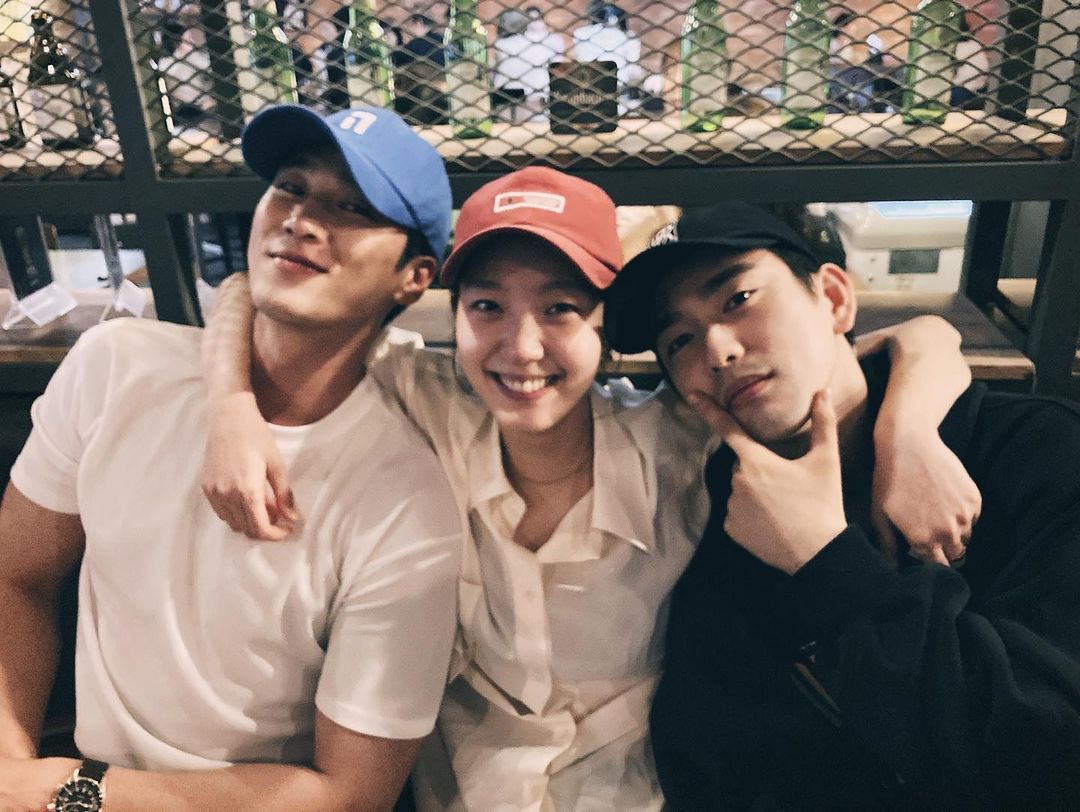 Hey Soompiers, how did you like the finale of “Yumi’s Cells 2”? Let me know in the comments below!