Watch: Yeo Jin Goo Can’t Hold Back His Laughter When He’s With Moon Ga Young On Set Of “Link”

tvN’s “Link” has revealed a behind-the-scenes look at some sweet moments between Yeo Jin Goo and Moon Ga Young!

The drama tells the story of Eun Gye Hoon (Yeo Jin Goo), an executive chef, and Noh Da Hyun (Moon Ga Young), an employee at his restaurant who has been unlucky in both love and life. The two are connected by a special “link” that delivers all of Noh Da Hyun’s emotions directly to Eun Gye Hoon. This means that he goes through all her ups and downs through joy, sorrow, and pain.

In the beginning of the clip, Yeo Jin Goo and Moon Ga Young go over the reconciliation scene with the director. Although they’re in a playful mode during rehearsals, they immediately turn professional when the cameras are rolling.

Before filming the next scene where their characters share a sweet conversation, the director expresses his concern about the physical gap between them. Yeo Jin Goo immediately scoots to the side and attempts to draw Moon Ga Young closer, but she resists, saying, “It’s a double meaning foreshadowing our future. The line between us. The line that we can’t cross.” Yeo Jin Goo looks visibly upset as he refutes, “Why can’t we cross it?” Laughing, the director adds, “You’ve already crossed it.”

The three of them continue to discuss the scene, and Moon Ga Young puts her head on Yeo Jin Goo’s shoulder, commenting, “Isn’t this like a relationship between middle school students?” The director says they don’t have to do it if it’s too childish, but Moon Ga Young says, “Why? I like it.” Yeo Jin Goo agrees, saying, “Me too.” While waiting for filming, Moon Ga Young tells Yeo Jin Goo to smile, and he instantly gazes at her with a sweet beam. She holds up a thumb to praise him, and he playfully pretends to bite it. 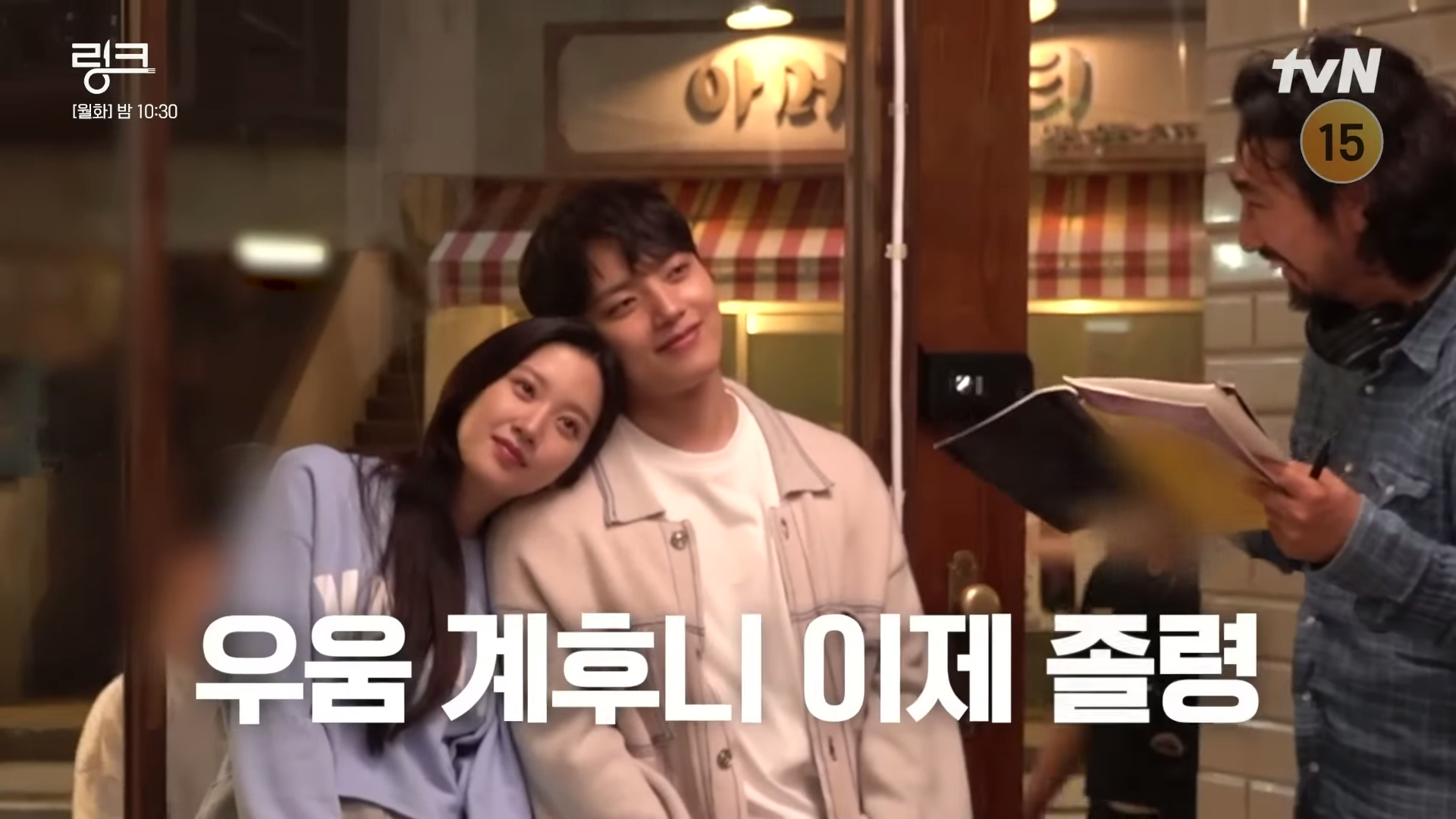 The pair then go outdoors for the next scene where Moon Ga Young has to run into Yeo Jin Goo’s embrace. The two practice hugging so that they could get the right angle for the camera. He mischievously spins her around, saying, “No! I’m going to face this way,” and she complains, “Oh, come on.” 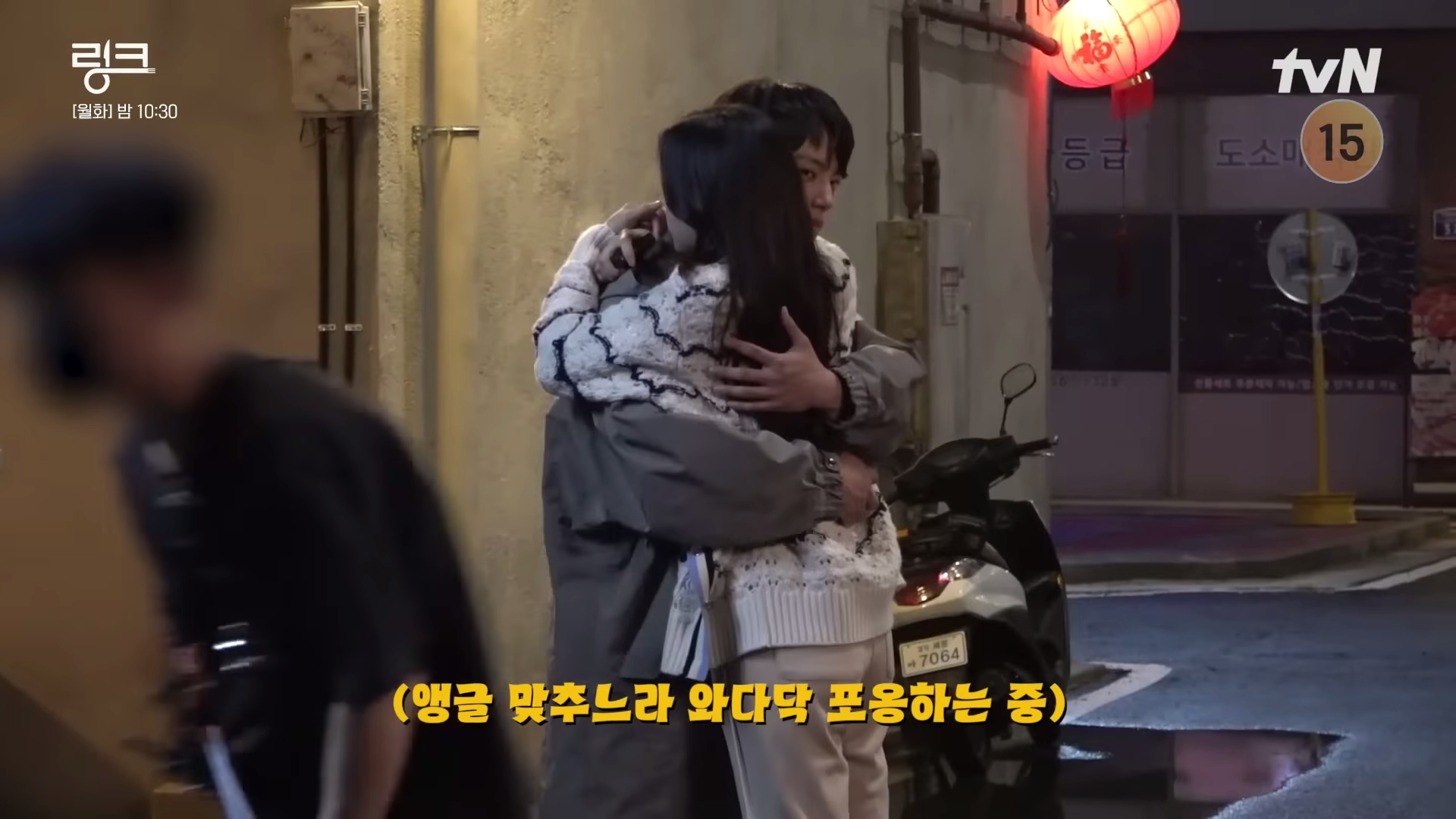 The two actors move back to Eun Gye Hoon’s restaurant, and although they have to film an emotional scene next, Moon Ga Young can’t stop laughing at Yeo Jin Goo’s playful nature. She comments, “I’m supposed to be emotional right now,” and he jokes, “You must overcome it,” causing her to crack up again.

In the meantime, check out Yeo Jin Goo in “Absolute Boyfriend” below: