SBS has released an action-packed new poster for its upcoming drama “Today’s Webtoon“!

The new poster captures the chaos that always seems to be unfolding at On Ma Eum’s company Neon Webtoon, where the editorial department faces a rush to meet deadlines every single day of the week.

Despite the pandemonium in the background, On Ma Eum stands coolly in the center of the poster with unshakable poise and confidence, revealing she is more than prepared to take on this daunting new world. Meanwhile, her co-workers Goo Joon Young (Nam Yoon Su), Seok Ji Hyung (Choi Daniel), Jang Man Chul (Park Ho San), Kwon Young Bae (Yang Hyun Min). Ki Yoo Mi (Kang Rae Yeon), and Choi Doo Hee (Ahn Tae Hwan) are buried in a sea of comic books as they hilariously battle the mayhem with varying levels of skill and composure. 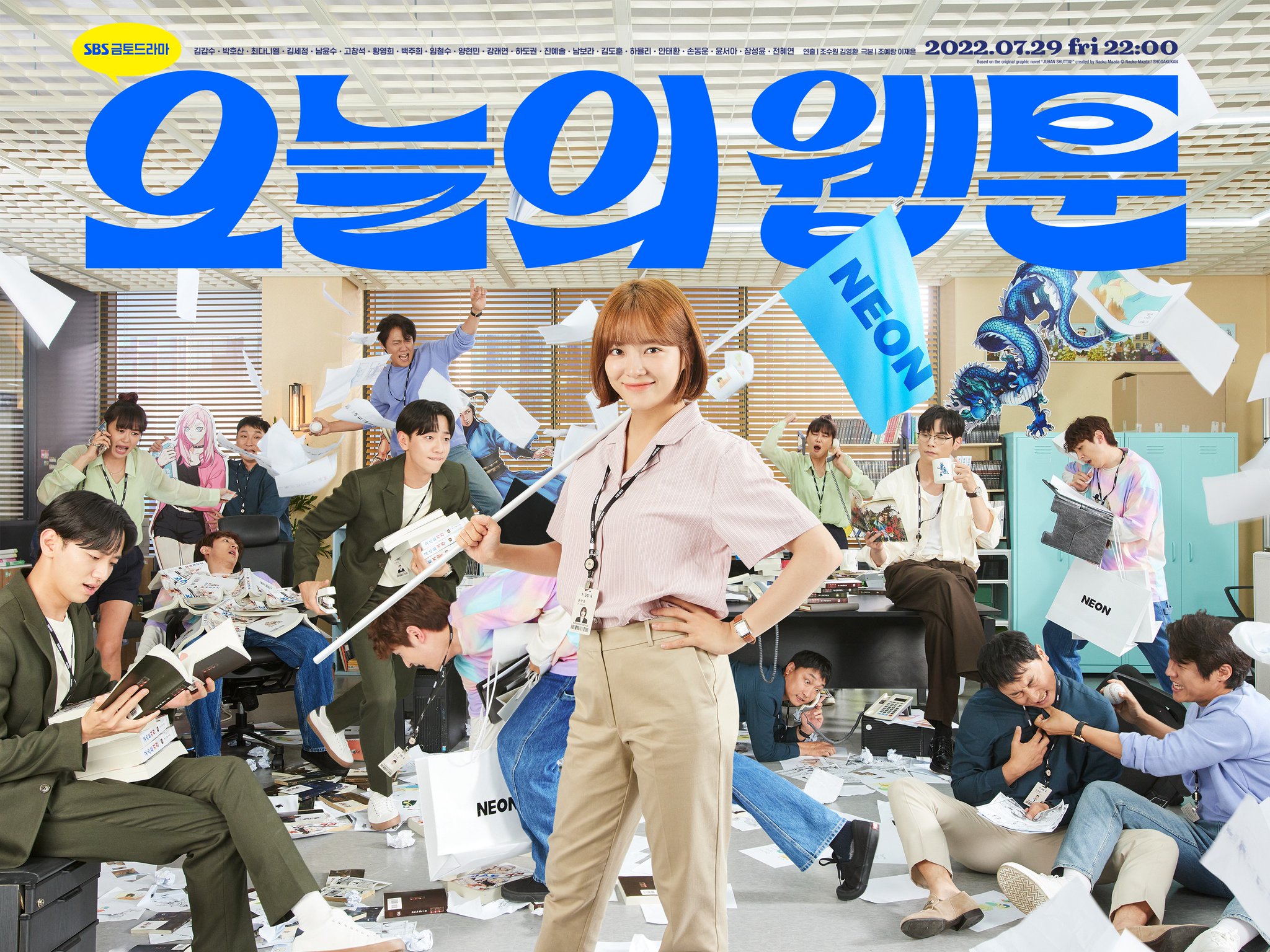