Watch: Seohyun, Na In Woo, And Ki Do Hoon Trade Jokes And Conversation Behind The Scenes Of “Jinxed At First”

KBS2’s “Jinxed at First” revealed another behind-the-scenes look at the drama!

The making-of video begins with Seohyun carefully lighting candles on a birthday cake for Yoon Ji Hye, who graciously accepts the birthday song sung by the cast members and staff. She remarks after blowing out the candles, “I almost cried,” and Seohyun brings her in for a hug.

In the next clip, Seohyun and Ki Do Hoon talk about how peaceful the filming process is without Na In Woo, who is the official jokester on set. When Ki Do Hoon has second thoughts about saying such offhanded things about his fellow cast member, Seohyun jokes, “You can open your heart to him, but don’t let him in!” When Na In Woo makes an appearance, he seems to solidify his position as the mischief-maker by being unable to keep a straight face during a serious scene.

Later on, Lee Seon Jeong compliments Seohyun on her appearance, and after trying to circumvent the compliment she eventually replies, “Do you want something to eat? Should I buy you something?” Na In Woo, who watched the entire conversation, immediately jumped in with his own compliment in hopes that Seohyun would buy him something too. 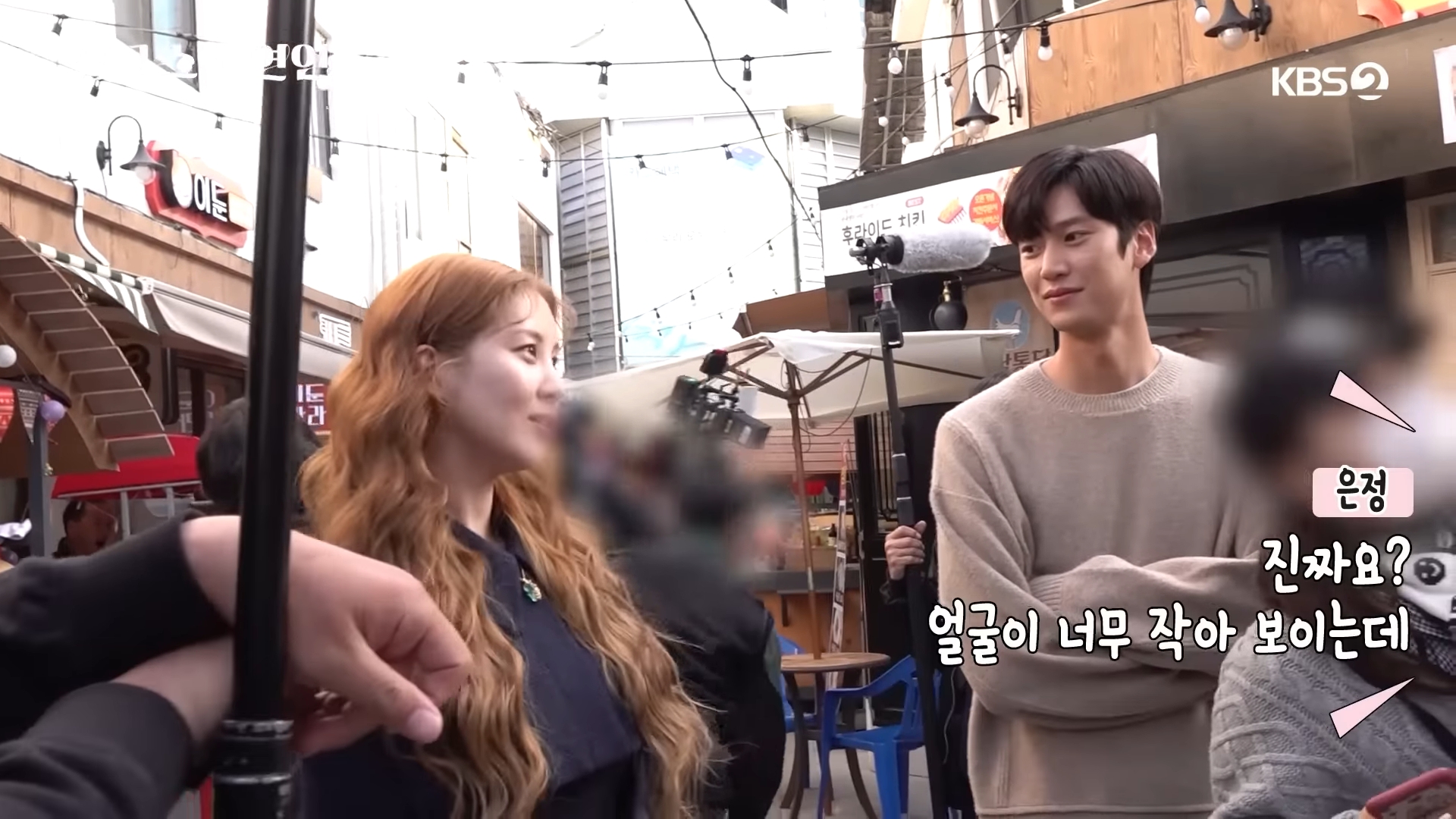 Seohyun appears in a later scene with straight hair and a polished appearance, explaining to the camera that this is how she would look if Ki Do Hoon’s character chose her style. Other cast members remark on how different she looks, and Ki Do Hoon agrees, saying, “You became a city woman.” He also tries to make a transformation of his own by holding up a flashy purse, which makes Seohyun laugh in surprise.

Na In Woo gets back to work as the set jokester as he is seen messing with Ki Do Hoon’s tie on multiple occasions before fleeing the scene. Afterwards, he talks with Yoon Ji Hye about his height, surprising her when he says that his height now is what it was in his second year of middle school. Seohyun also has her fair share of fun on set as she plays with the stuffed animals and rearranges them to make sure they’re comfortable.

Girls' Generation
Seohyun
Ki Do Hoon
Yoon Ji Hye
Na In Woo
Jinxed at First
How does this article make you feel?