SBS has released a preview of the first episode for its upcoming drama “Today’s Webtoon”!

The preview begins as On Ma Eum states at her interview for Neon Webtoon, “I have to win. That’s why I’ve come with my strength prepared!” She gets down on the floor to do pushups in front of the hiring committee, but she soon falters after three. Her voice cries, “I’m done for!” 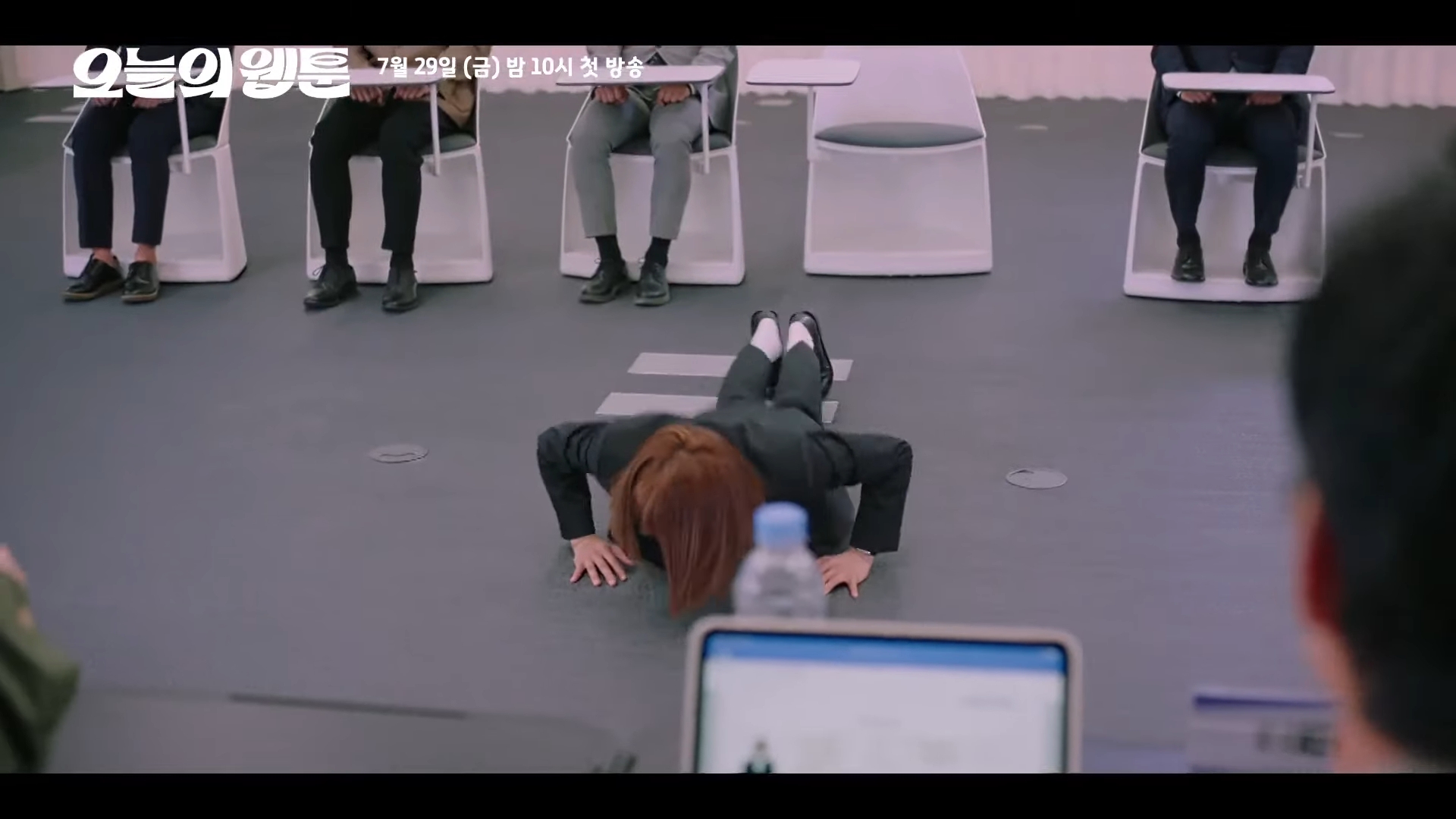 However, her prowess as a former judo athlete is proved by a montage of clips where she throws people over her shoulder. A voice says, “Ma Eum is someone who has a strange knack for winning at times where she has a 100 percent chance of losing.” Ma Eum then dances in excitement as she exclaims, “I passed the interview!”

When she finally sets foot in the company building, she excitedly approaches Seok Ji Hyung (Choi Daniel), whom she calls “On PD.” With her voice squeaking like that of a dolphin, Seok Ji Hyung can only stare back at her and ask, “What are you doing?”

Goo Joon Young (Nam Yoon Su), another new recruit, is seen passing out at a table after sharing a round of drinks, and a voice remarks, “The new employees from this round are complete polar opposites.” The preview comes to an end as On Ma Eum states with determination, “I’m doing my very best, and I’m going to keep doing just that.”

The drama’s producers commented, “On Ma Eum’s run-in with a dream and future she never even imagined will begin in a dynamic way from the very first episode. Please look forward to it!”

While you wait, check out a teaser for the drama below: