Ahn Hyo Seop recently participated in a pictorial and interview for Esquire magazine, where he talked about working with Kim Sejeong in “A Business Proposal,” why “Dr. Romantic 2” is special to him, and more!

He kicked off the interview with some thoughts on happiness as he said, “I don’t really have any desire to win awards or earn recognition from others. If I try to find happiness in other people’s acknowledgement, things start to get mixed up. I think true happiness is what I need to find within myself.”

Ahn Hyo Seop admitted that he is quite the simple-minded person in that he doesn’t put much deep thought behind his actions, although this sometimes confuses the people around him. “I’m the type who says my opinion outright,” he explained. “If my opinion clashes with others, I’ll debate with them without getting offended. And of course, I don’t do it with the intention of offending others. However, there are times when people say I’m complaining.” 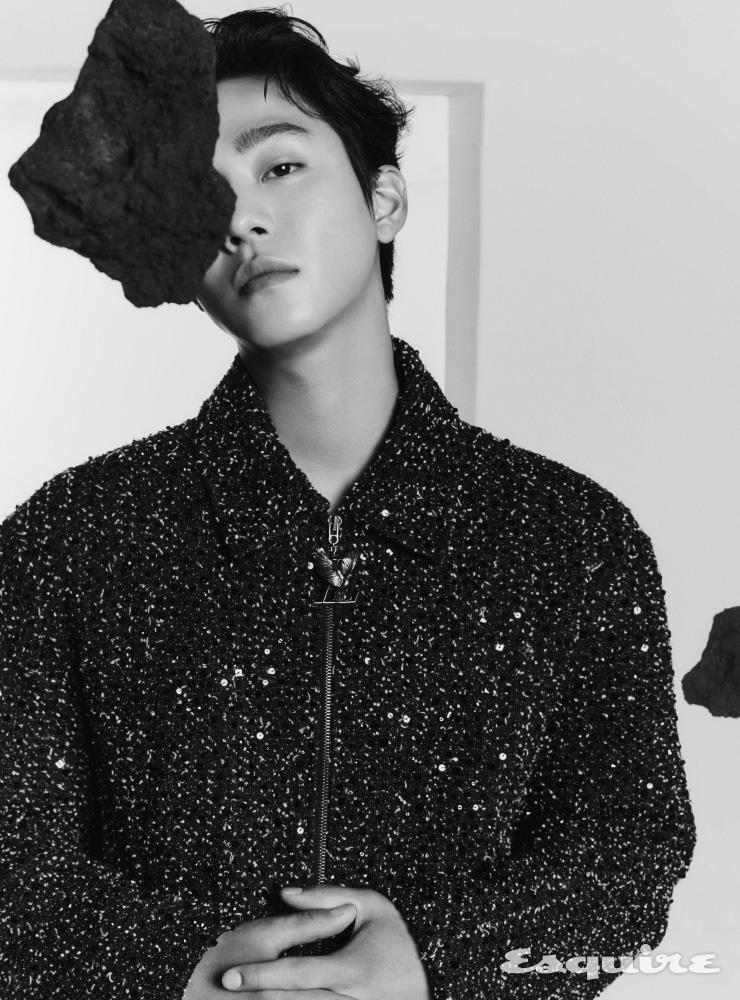 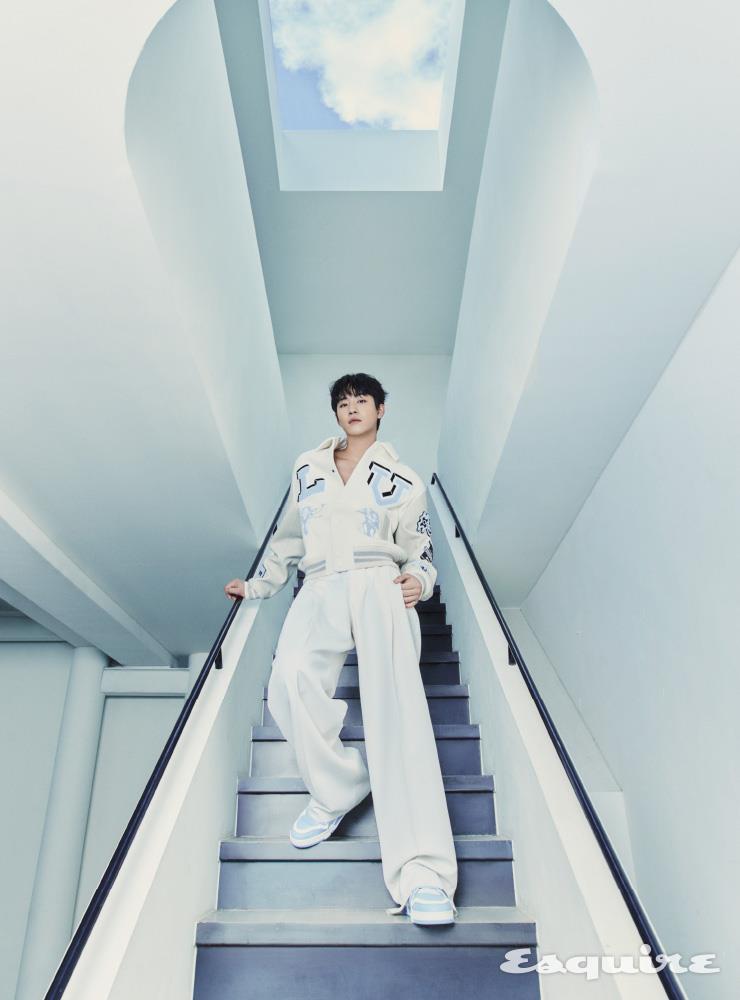 The interviewer observed that Ahn Hyo Seop’s personality was similar to that of his role as Kang Tae Mu in “A Business Proposal.” The actor agreed, saying, “I think it was for that reason that I heard feedback about how comfortable I looked while acting as him. Although there were some lines that made me cringe due to the genre of the drama, overall I felt comfortable delivering those lines since our emotional paths lined up.”

Ahn Hyo Seop said that the decision to take on the role had also been a simple one. He cited the script, which he said he read three episodes of and immediately made the call to join the project. He added, “I didn’t even worry about whether or not it would turn out alright. I knew it would be fun, so I enjoyed working on it, and all the cast members and staff on set enjoyed it too.”

The actor also spoke about working on “Dr. Romantic 2,” which he named as the most meaningful project to him. He explained, “Of course, every project has meaning, but while I was working on ‘Dr. Romantic 2’ I began to feel certain that acting was the right career path for me.”

Ahn Hyo Seop shared how he learned a lot from his fellow cast members, namely Han Suk Kyu. “Instead of teaching me how to act, he taught me how to approach acting through his actions, and I was completely persuaded by them,” he described. “It’s not that he told me to do this or do that, but rather I watched him and learned.”

Ahn Hyo Seop also talked about having to use so many medical terms in Korean while filming for the drama. As someone who is able to speak English fluently, it was difficult for him to pronounce all of the English terms using Korean pronunciation. He confessed with a laugh, “I had to memorize all of the Korean pronunciations. There were plenty of times where I naturally spoke in English so I had to do it over. I had to force myself to change my pronunciation a lot.” 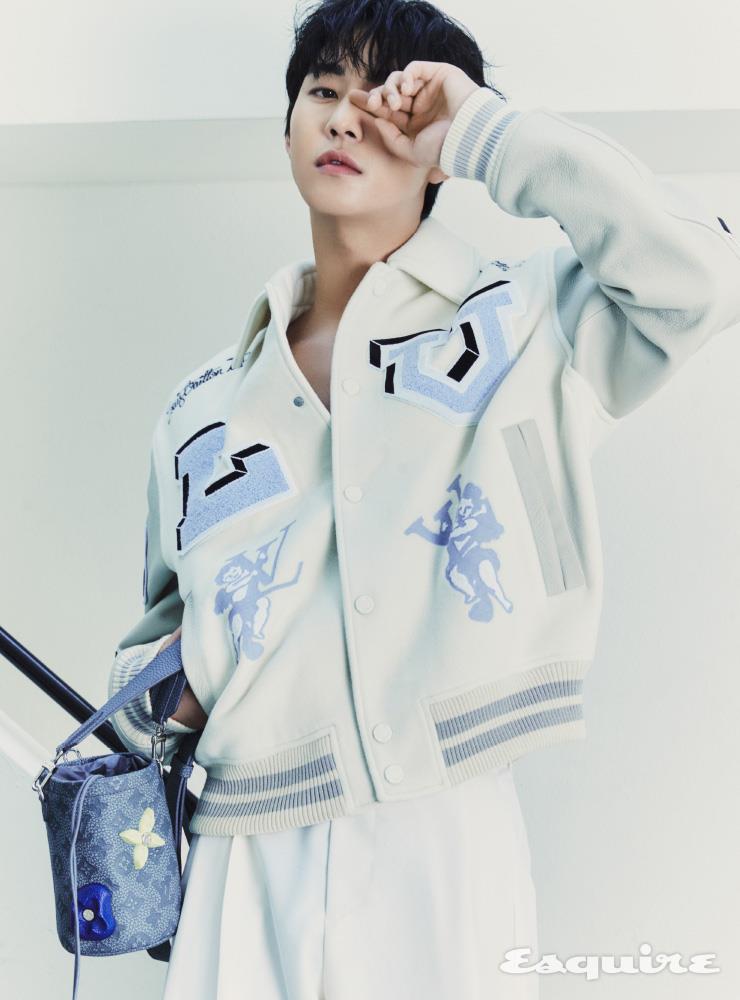 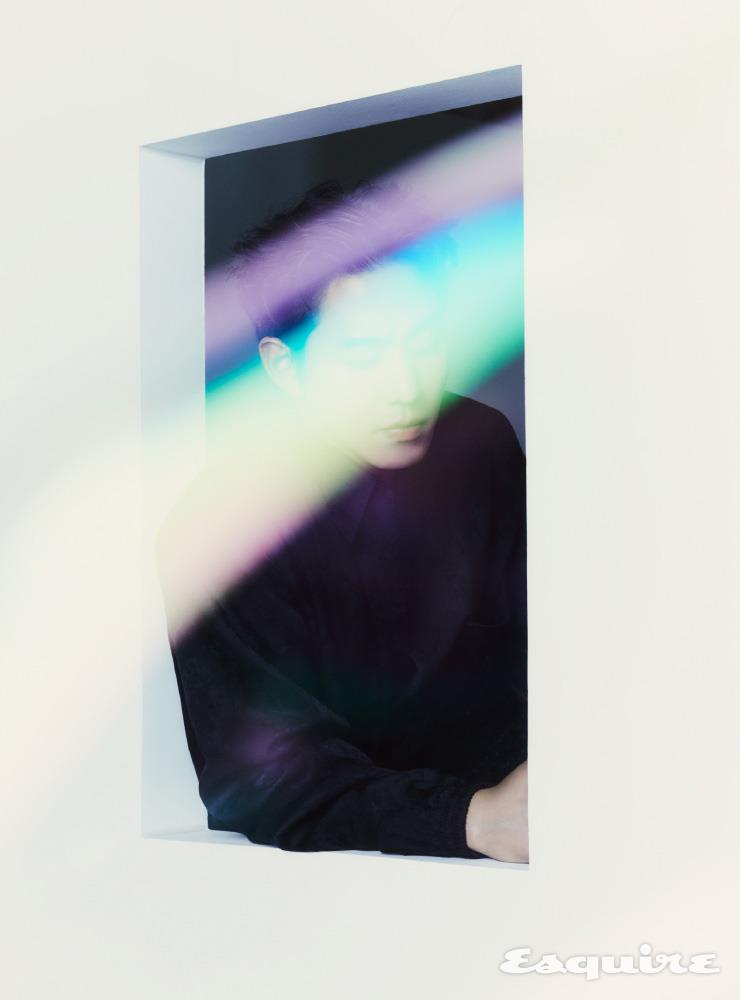 When asked about his impression of Kim Sejeong, his co-star in “A Business Proposal,” Ahn Hyo Seop said, “She’s kind and very considerate. I’m rooting for her happiness both as an actress and as a person. Everyone on the set of ‘A Business Proposal’ took a step back and considered each other first. Everyone was so positive, so the atmosphere was bright. I ended up getting a lot of energy.”

He continued, “I’m actually not the type to speak first if no one makes me. But thanks to the light atmosphere created by Kim Sejeong and all of the staff, I really had an enjoyable time.”

Ahn Hyo Seop also revealed what it was like watching his own dramas. He confessed, “It’s hard for me to watch some scenes. When there were some embarrassing lines I turned my tablet screen at an angle and peeked at it, so that I wouldn’t see it too clearly.”

He shared what he found most interesting about watching the edited final product, saying, “For example, I really liked the scenes where we were abroad. Because of the pandemic, we couldn’t actually go overseas. So for the scenes that were supposed to be in New York City, it was very obviously Korea, but the words ‘New York City’ were displayed on the screen. The brazenness of it was so funny. I liked it even more because they didn’t even try to make it look anything like New York.” 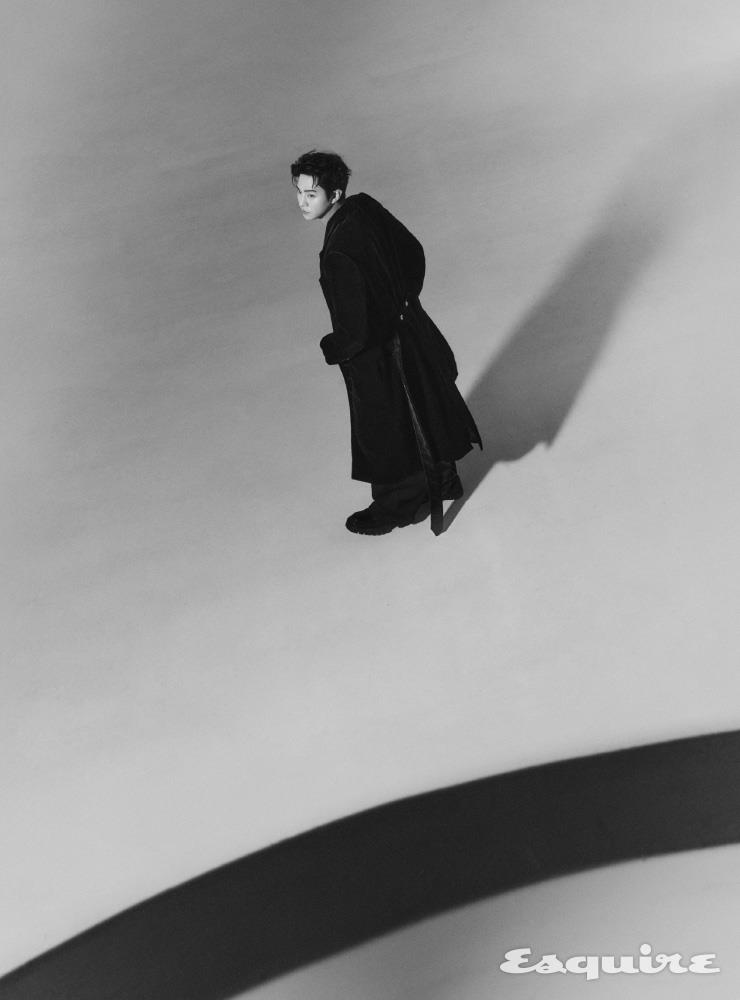 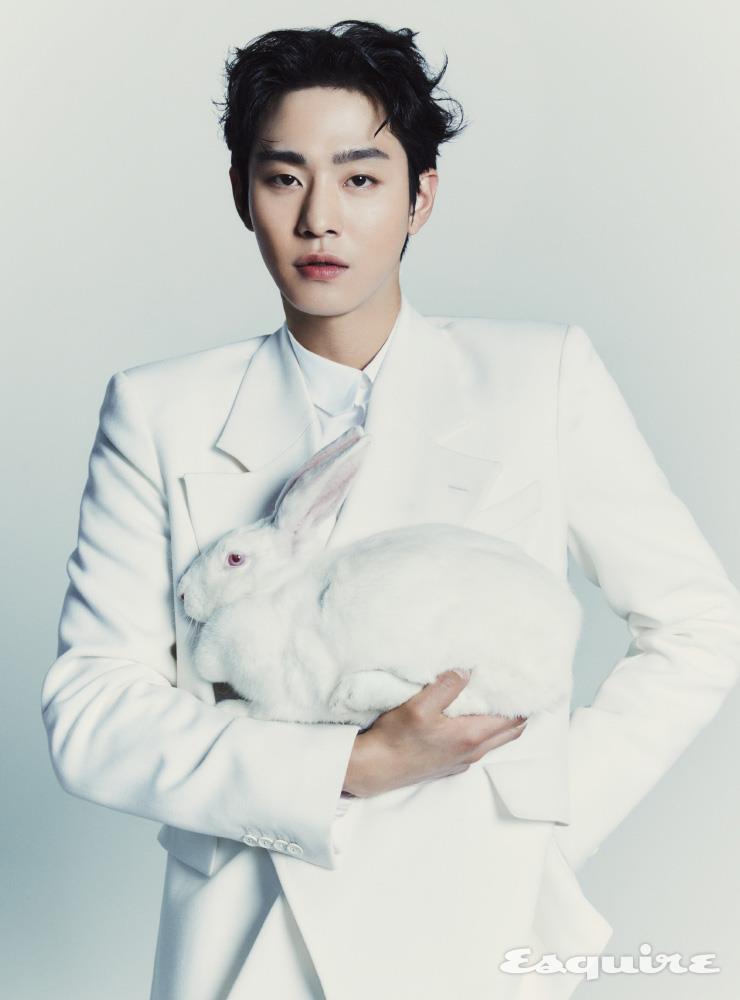