MBC’s “How Do You Play?” dominated this week’s lists of the most buzzworthy non-drama TV appearances and shows!

The hit variety show topped Good Data Corporation’s latest rankings of the non-drama TV shows that generated the most buzz over the past week. The company determines each week’s rankings by analyzing data from news articles, blog posts, online communities, videos, and social media posts about non-drama TV shows that are currently airing or set to air soon.

Meanwhile, comedian couple Kim Ji Min and Kim Joon Ho swept the next two spots on the list with their guest appearances on SBS’s “My Little Old Boy,” claiming No. 2 and No. 3 respectively.

IVE’s An Yu Jin took No. 5 on the list with her appearance on tvN’s variety show “Earth Arcade,” while aespa came in at No. 6 for their guest appearance on MBC’s “The Manager.”

Finally, ENHYPEN and Sandara Park rounded out this week’s top 10 with their respective appearances on Mnet’s “TMI News Show” and MBC’s “Home Alone” (“I Live Alone”).

The top 10 non-drama TV shows that generated the most buzz in the second week of July are as follows: 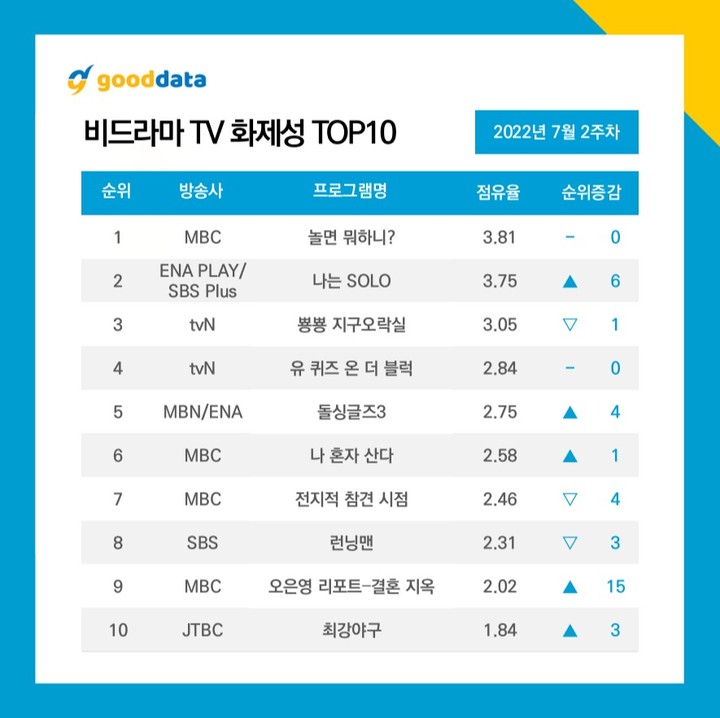 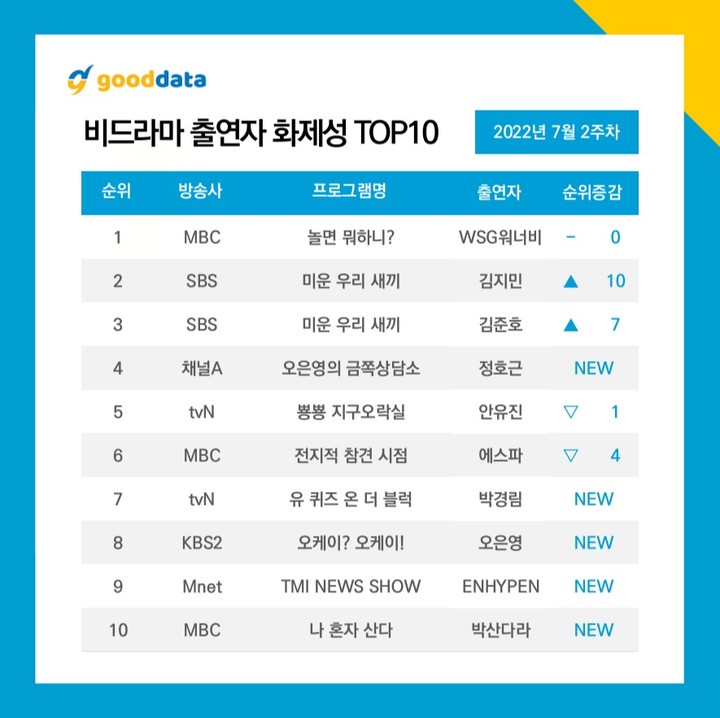 Watch “How Do You Play?” with English subtitles here…

…and “My Little Old Boy” below!