The drama follows the joint investigation and romance story of a chaebol who leads a second life as a detective and a woman with super vision.

Jung Il Woo will be playing chaebol Eun Sun Woo, a chaebol among chaebols who owns the Eunkang group and also runs a detective agency. From a young age, Eun Sun Woo has shown a brilliant mind and shockingly unparalleled athletic abilities. He is a figure who is completely different in his two lives as a detective and as a chairman of a group, easily switching from being conceited to being a gentleman.

Yuri will be starring as Don Se Ra, a cheerful person who was born with super vision. In order to hide her powers, Don Se Ra goes around wearing a thick pair of glasses to secretly use her ability. While taking on numerous odd jobs in order to help the people around her, she meets Eun Sun Woo and begins a chaotic love story.

“Good Job” released a teaser poster featuring Don Se Ra and Eun Sun Woo. Don Se Ra is looking somewhere with her signature glasses slightly lowered. Her glittering eyes can see through everything, raising questions about what caught her super vision this time. Eun Sun Woo is reflected in her glasses, and he displays a confident smirk as he’s surrounded by 100 dollar bills, hinting he’s got loads of power and money.

The text on the poster reads, “The hero-romantic investigation of talented characters,” which increases anticipation for Don Se Ra and Eun Sun Woo’s teamwork. As they work together, what kind of emotional changes will their relationship go through? 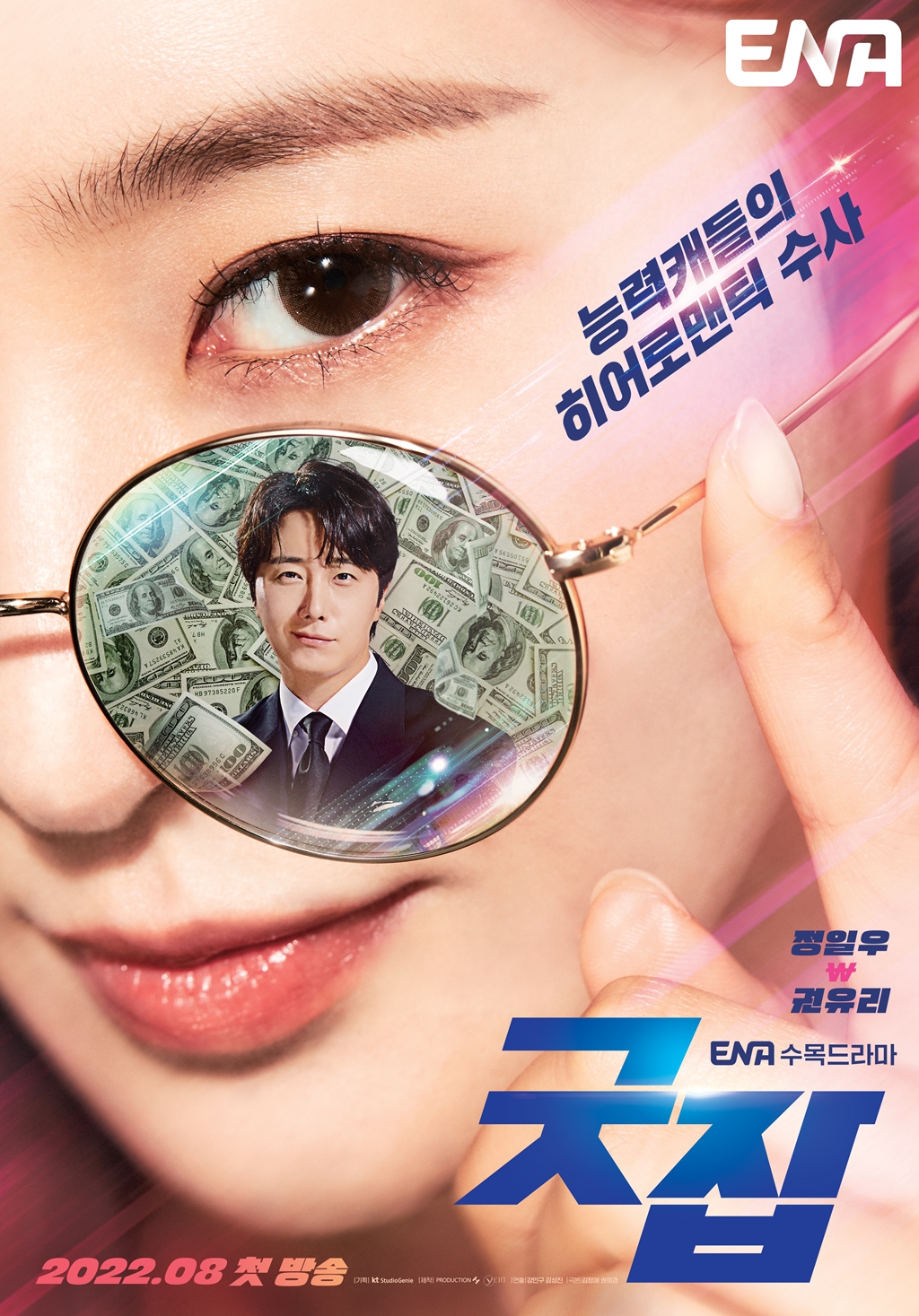 In the meantime, watch “Bossam: Steal the Fate” with subtitles below!