“Adamas” is planning to captivate the small screen with its unique universe!

tvN’s new Wednesday-Thursday drama “Adamas” revealed interesting points to keep an eye on that will amplify the anticipation for those who are waiting for the drama.

“Adamas” depicts the story of twin brothers uncovering the truth from an incident 22 years ago. The two will work as one in order to clear the murder charges of their biological father who was accused of killing their stepfather and to find the “adamas” that is the evidence for the murder. Ji Sung will be playing both twins named Ha Woo Shin and Song Soo Hyun.

Here are three points to look out for in the drama:

“Adamas” is a Greek word meaning “unconquerable” from which the word “diamond” is derived. “Adamas” tells the story of twin brothers who dig into the truth behind the incident involving a bloody diamond arrow. The text on the poster that reads, “Steal adamas, the bloody diamond arrow,” implies the dangerous journey of the twin brothers Ha Woo Shin and Song Soo Hyun in search for truth.

“Adamas” boasts a majestic world that is ruled by the undisputedly powerful Haesong Group. By introducing groups of people who are intertwined with various interests from those who try to secure the safety of Haesong Group to those who try to unveil the truth, the ensemble raises anticipation for the colorful and rich stories to come. It also raises the question of how all of these elements will come together in one universe.

The younger brother and writer Ha Woo Shin is good at making rational judgments and can understand people’s minds very well. The older brother and prosecutor Song Soo Hyun is honest and outspoken about his feelings.

A point to watch out for is how the twin brothers, who look alike but have opposite personalities, take on the events that will unfold and how they will find a breakthrough. It raises anticipation for the truth-seeking journey where the only truth boils down to the adamas even if the starting points are different from one another. 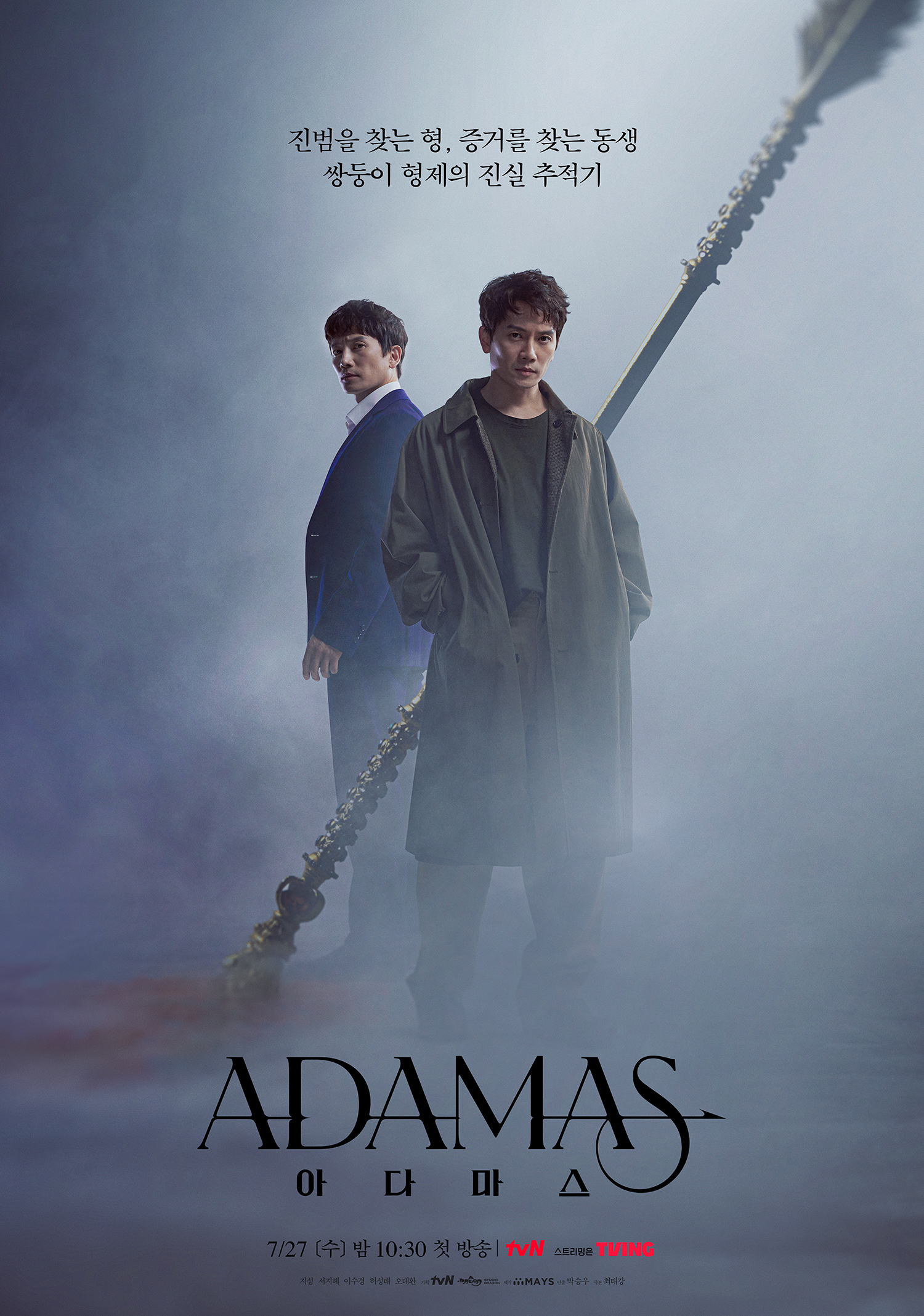 Ji Sung, who has shown multifaceted performances in the past, will boast his skills and strengths once again through his dual roles as Ha Woo Shin and Song Soo Hyun. This time, he will portray intricate details as he takes on the roles of twin brothers who look the same but have different personalities.

In a previous interview, Ji Sung conveyed his passion and said, “I wanted to differentiate the characters by their inner thoughts and not their outer appearances.” This raises anticipation for whether the twin brothers Ha Woo Shin and Song Soo Hyun will become his new roles of a lifetime.

While waiting, watch Ji Sung in “The Devil Judge” below: