Minhyuk On What BTOB Means To Him, The Contrast Between His Group And Solo Music, His Personal Growth Since Debuting, And More

BTOB’s Minhyuk has given a candid interview about his career, promoting as HUTA, acting, and more!

This year, BTOB completed their mandatory military services in time to celebrate their 10th debut anniversary and Minhyuk was able to make his solo comeback as HUTA for the first time in over three years. After recently wrapping up promotions for his second solo album “BOOM,” Minhyuk sat for an interview with News1.

Although BTOB has released a wide array of music, they are predominantly known as a ballad group, which is completely different from the music Minhyuk releases as solo artist HUTA. When asked how he created his second solo album, Minhyuk shared, “It’s not that I intended to showcase a color that’s different from BTOB, but my second album was completed as I made music that I enjoyed.”

He elaborated, “I think my title track ‘BOOM’ may especially be an unfamiliar genre in Korea but I enjoy taking on challenges. I really wanted to implement a powerful character this time so with this as the foundation, [the album] was naturally made. Of course, I also think that if we could do this music as BTOB, then we would be able to do it. However, there’s an image this group is oriented to, so we can’t do it.”

Minhyuk continued while laughing, “We’d only be able to do it if my members confirmed it. It’s because even though my members feel like family and we’re on the same page, our tastes in music are extremely different. So we just accept it and do [what we like] on our solo albums.” 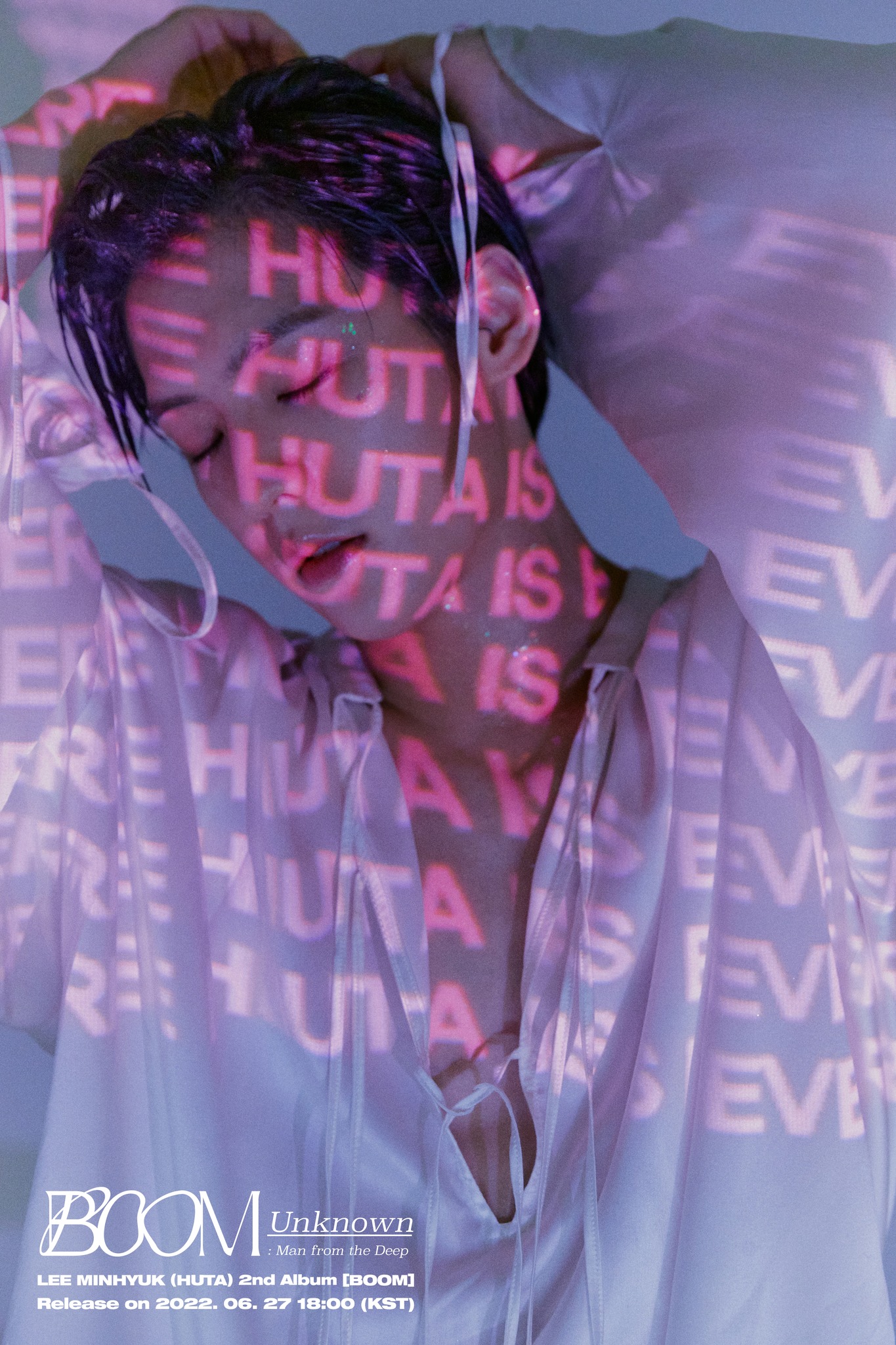 During BTOB’s massive success with their three consecutive hit ballads “It’s Okay,” “Way Back Home,” and “Remember That,” Minhyuk confessed that he went through a slump as the group’s rapper. However, he was able to resolve this while working on his solo album. He explained, “If I had been unable to express my music taste [through my solo music], I think I would’ve had a hard time. Releasing my first solo album before enlisting in the military gave me a lot of confidence, regardless of

An error (err_id) has occured while trying to display the chart. Please try again later.
results.”

Minhyuk added that BTOB’s appearance on “Kingdom: Legendary War” was further confirmation of this, proving that he’s able to relieve stress and worries by proactively participating in music-related promotions. 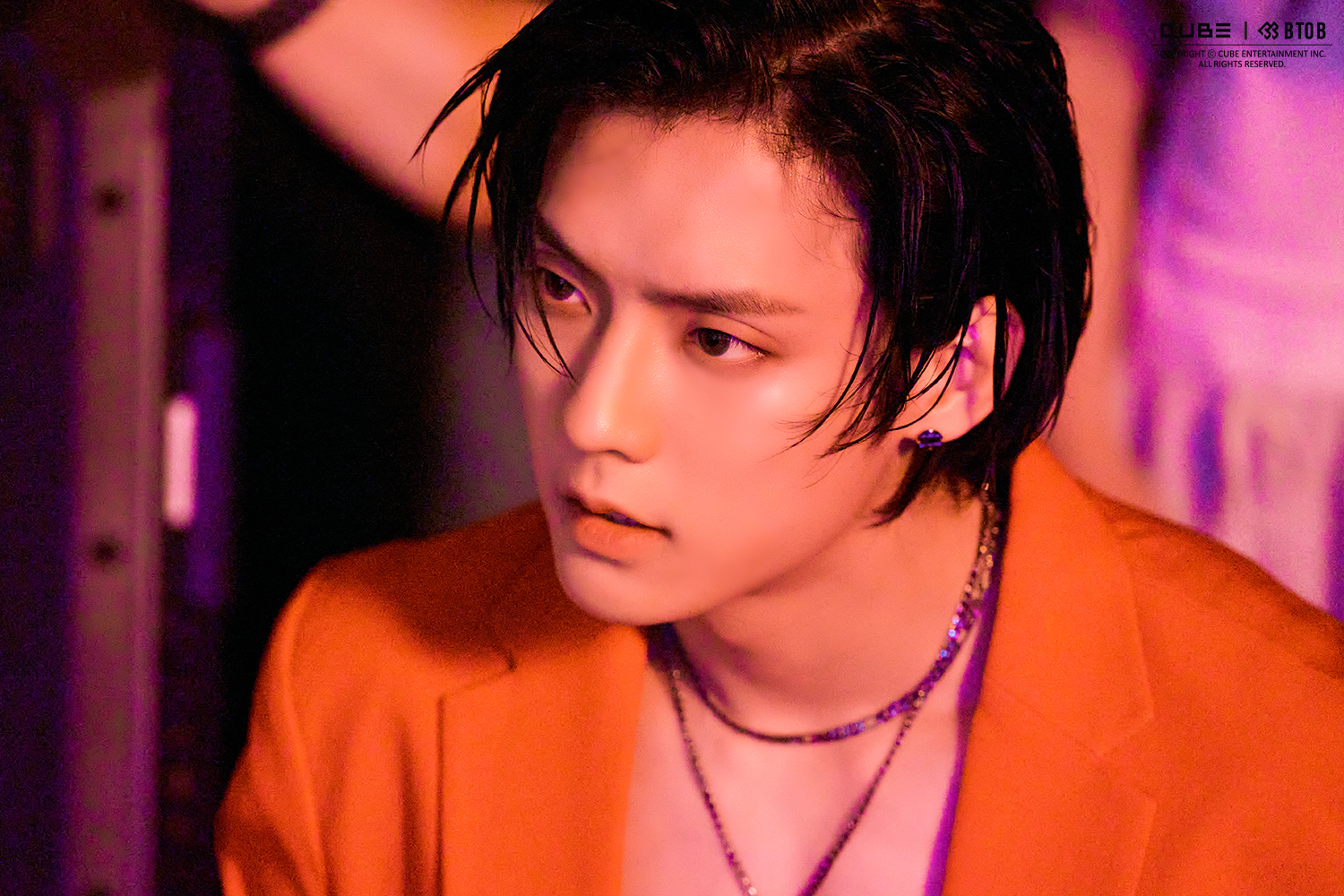 HUTA is a name that Minhyuk has used long before his debut with BTOB. He elaborated on its origins, saying, “I was 17 years old when I first made the name HUTA but I didn’t know it’d get all the way here. There are numerous reasons why I used HUTA at the time, but I mainly needed my own color. Since I’m a rapper, it was natural to use a rap name and while promoting, there were a lot of artists with the same name as me.”

Looking back on BTOB’s career, Minhyuk was asked what has changed the most since his debut. He answered, “The deterioration of my athletic ability. Inevitably, there’s physical aging.” Laughing, he added, “It’s a joke.”

Minhyuk shared, “The biggest change is my mental transformation. I personally feel that I’ve become more strong and tough. If it’s to the point where people around me notice this change, I think it must be a really huge change. To be honest, while promoting, a lot has happened and I think I became tougher through those situations. In the past, I used to have glass-like mentality, but I’ve been trained. While humans cannot be perfect, I’m now able to withstand rain and wind to a certain extent.” 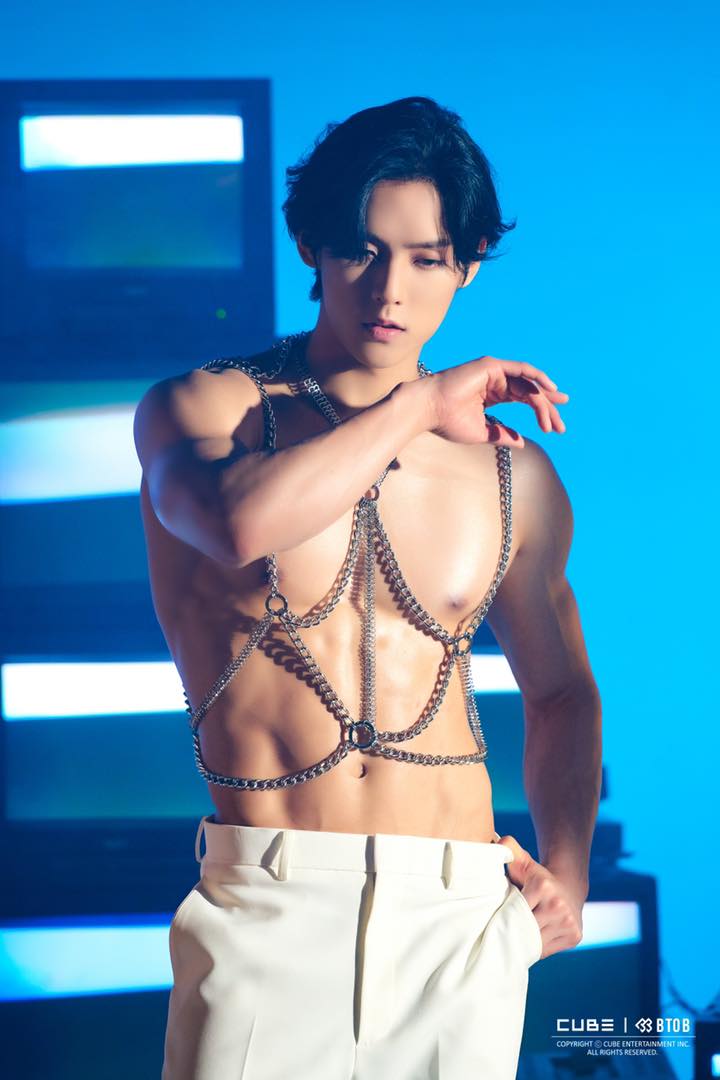 He also touched on the biggest difference between when he’s promoting and when he isn’t. Minhyuk explained, “My health is different. Although I’ve been promoting for 10 years, actively promoting definitely tends to be physically demanding. Especially before and after COVID-19, a lot of things have changed. Even at music shows, there’s no rest time as you constantly have to film content and do challenges with other singers.” With a laugh, Minhyuk shared, “Although it’s obviously fun and I enjoy it, since I’m not in my twenties anymore, it’s physically tiring. But it’s definitely fun.”

In addition to promoting diligently with BTOB and as a solo artist, Minhyuk has also been active as an actor. Minhyuk commented, “The biggest charm is that I’m able to showcase a wide variety of images through acting. While BTOB’s Lee Minhyuk and HUTA have different vibes on stage, there’s a limit because performances are short. It’s hard to dramatically show many different images but with acting, you can create dramatic scenarios. You can be a villain, or born into a rich family, and I feel that the potential to wholly become a character is charming.”

For his future acting plans, Minhyuk shared, “I personally think that human Lee Minhyuk is a tender-hearted person, so I felt a different charm when I portrayed a powerful role.” He elaborated that while he’s busy promoting as HUTA at the moment, he definitely has plans to continue acting. Like his recent movie “The Swordsman,” Minhyuk expressed his desire to try another historical project, or play a villain. 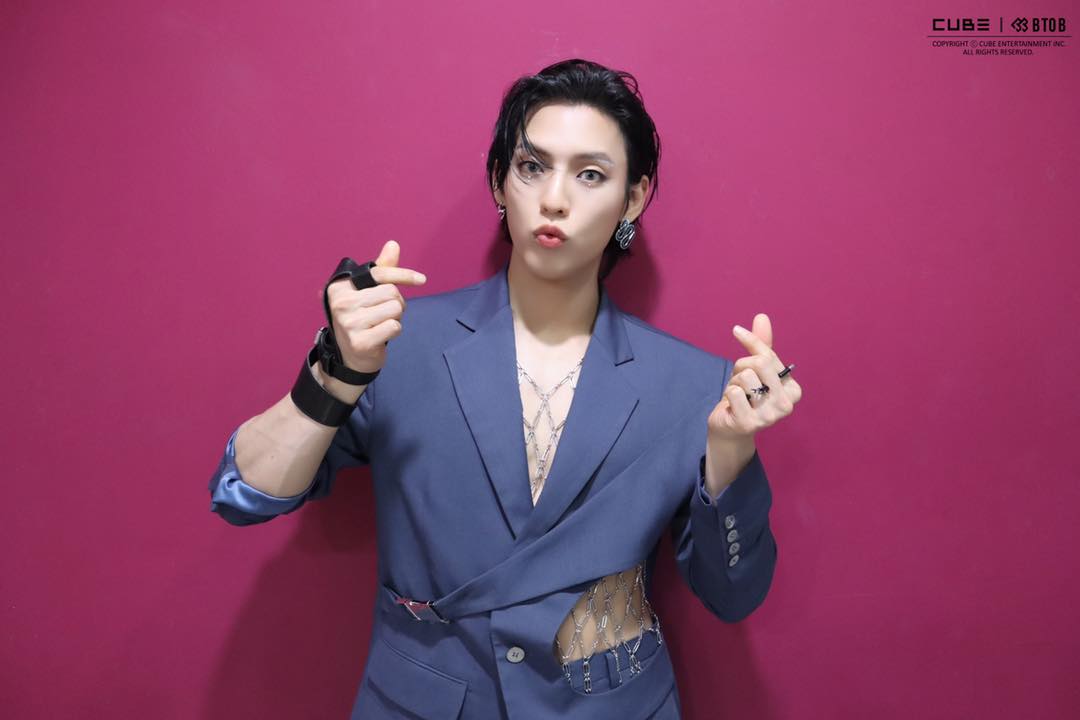 Finally, when asked what BTOB means to him, Minhyuk replied, “They’re my home. I can travel far away and be gone for a long time, but isn’t it your home that you can comfortably go to anytime? BTOB is my home. They’re my family and like my home where I can go and truly relax.”