Na In Woo takes Girls’ Generation’s Seohyun by surprise in the upcoming episode of “Jinxed at First”!

In the upcoming episode, Seul Bi will express her sorrow to Gong Soo Kwang as she tells him about what she’s seen about the future.

Previously, Seul Bi blamed herself for the death of Gong Soo Kwang’s mother, who had died in an accident two years prior. However, Gong Soo Kwang comforted her as he said, “That’s not your fault.” Confirming their growing feelings for one another, the two shared a passionate kiss, exciting fans of the couple.

In the new stills, Gong Soo Kwang has his hands tightly wrapped around Seul Bi’s gloved hand as he proposes that she go far away with him and Mi Soo (Yoon Ji Hye). However, she’s unable to give a response and instead looks at him silently with a sad expression. 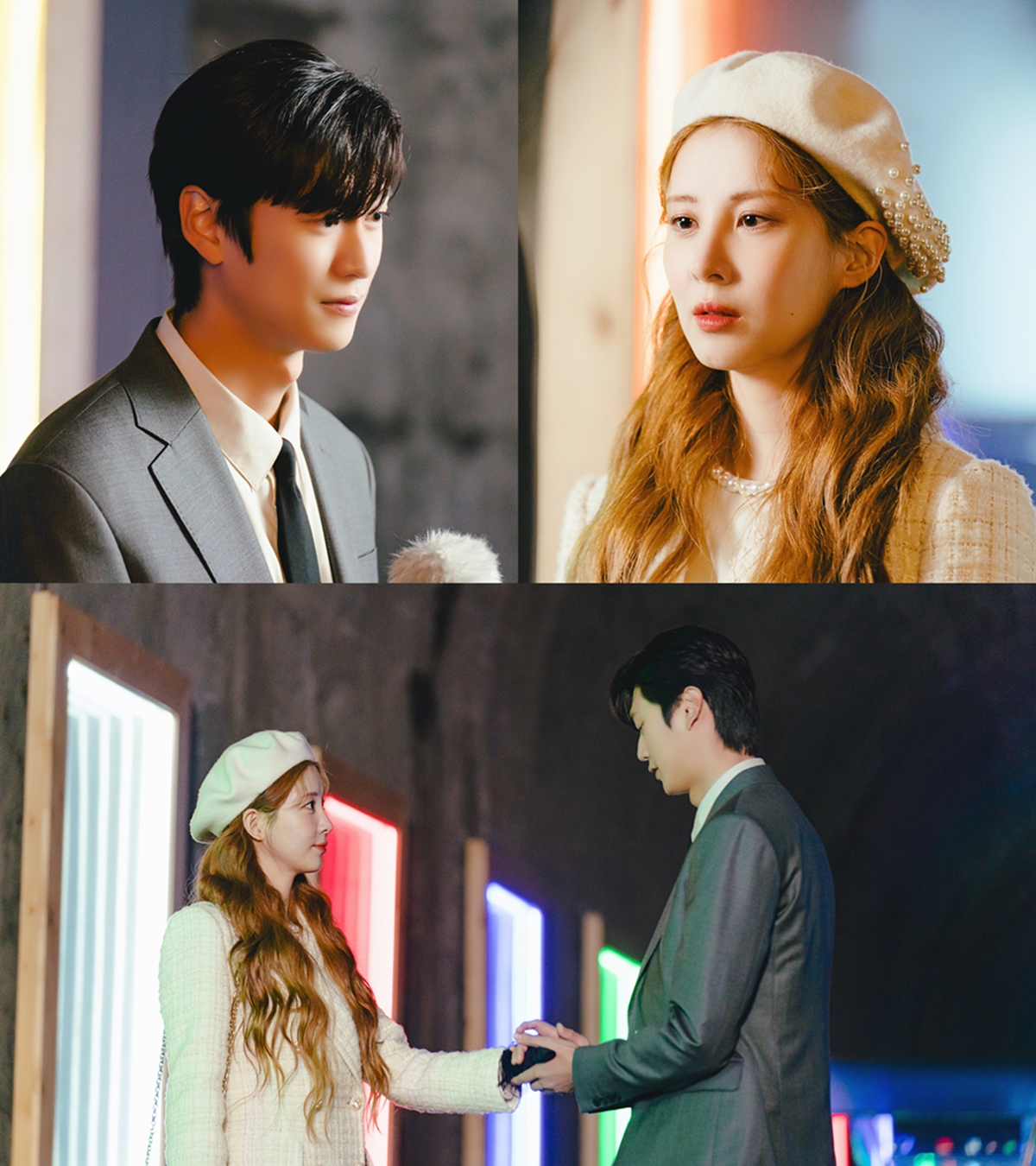 Additionally, Seul Bi will confess her troubled thoughts to Gong Soo Kwang about how she accidentally saw the future of Min Joon (Ki Do Hoon). Once Gong Soo Kwang hears what she’s seen, he’s unable to hide his shock. Stay tuned for the upcoming episode to see what will unfold in the future and what conversation these two share.

The production team of “Jinxed at First” commented, “In Episode 13, Seul Bi comes to see Min Joon’s dark future. Please look forward to seeing how this future will affect Seul Bi and Soo Kwang and what influence it will have on the characters around them.”