The new Netflix original film is an action-espionage blockbuster starring Joo Won as Carter, a highly-skilled secret agent who wakes up with his slate of memories wiped clean. Led by what seems like fate, he ends up becoming involved in the operation of a lifetime.

The newly released stills show Carter going on a deadly mission to avoid CIA agents and North Korean soldiers and safely rescue the only girl in the world carrying the antibody to a catastrophic virus. Carter confronts his enemies with all means and methods, including guns, motorcycles, trains, and helicopters. His expression is tight with tension, making the viewers hold their breath in suspense. 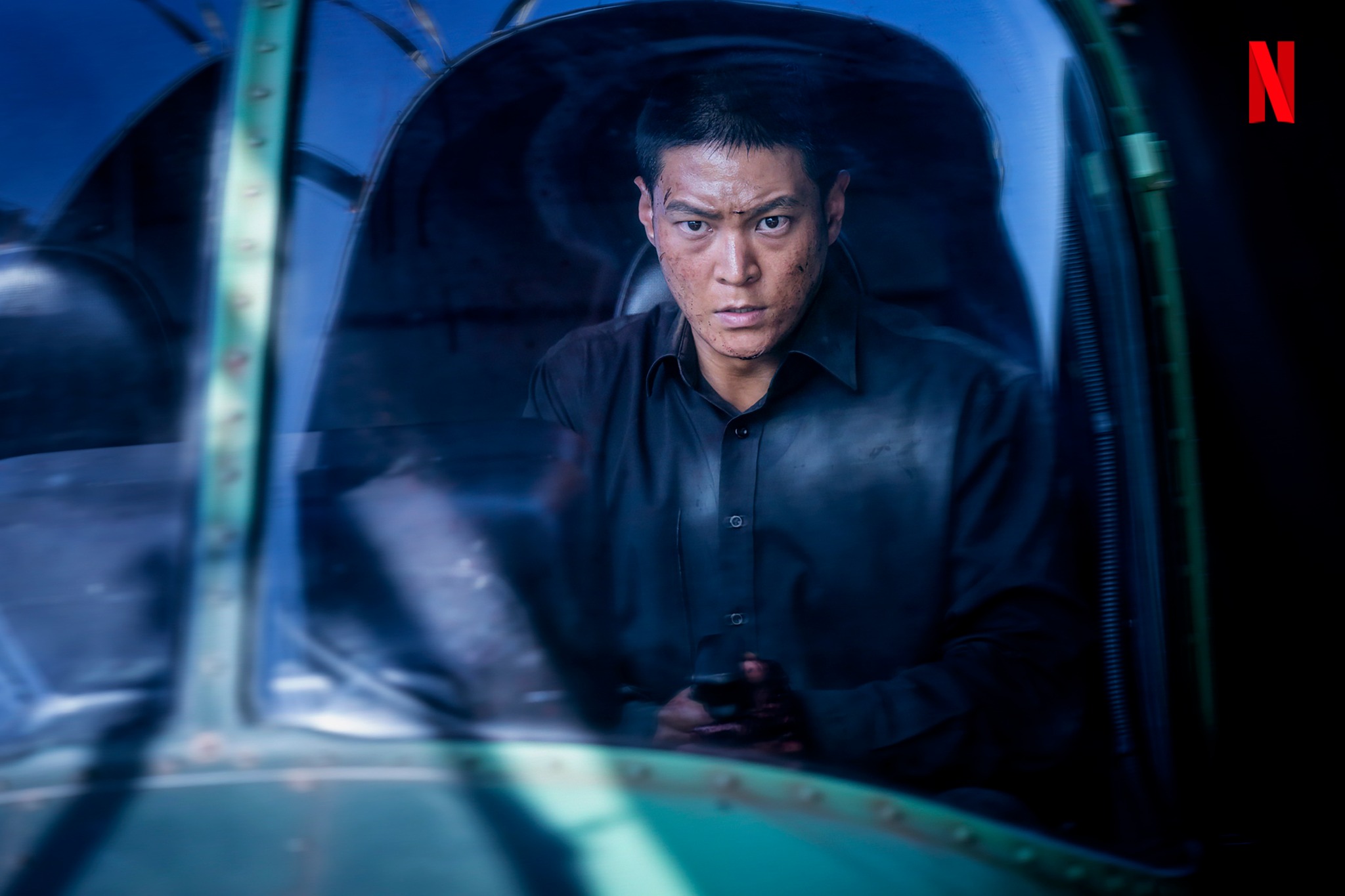 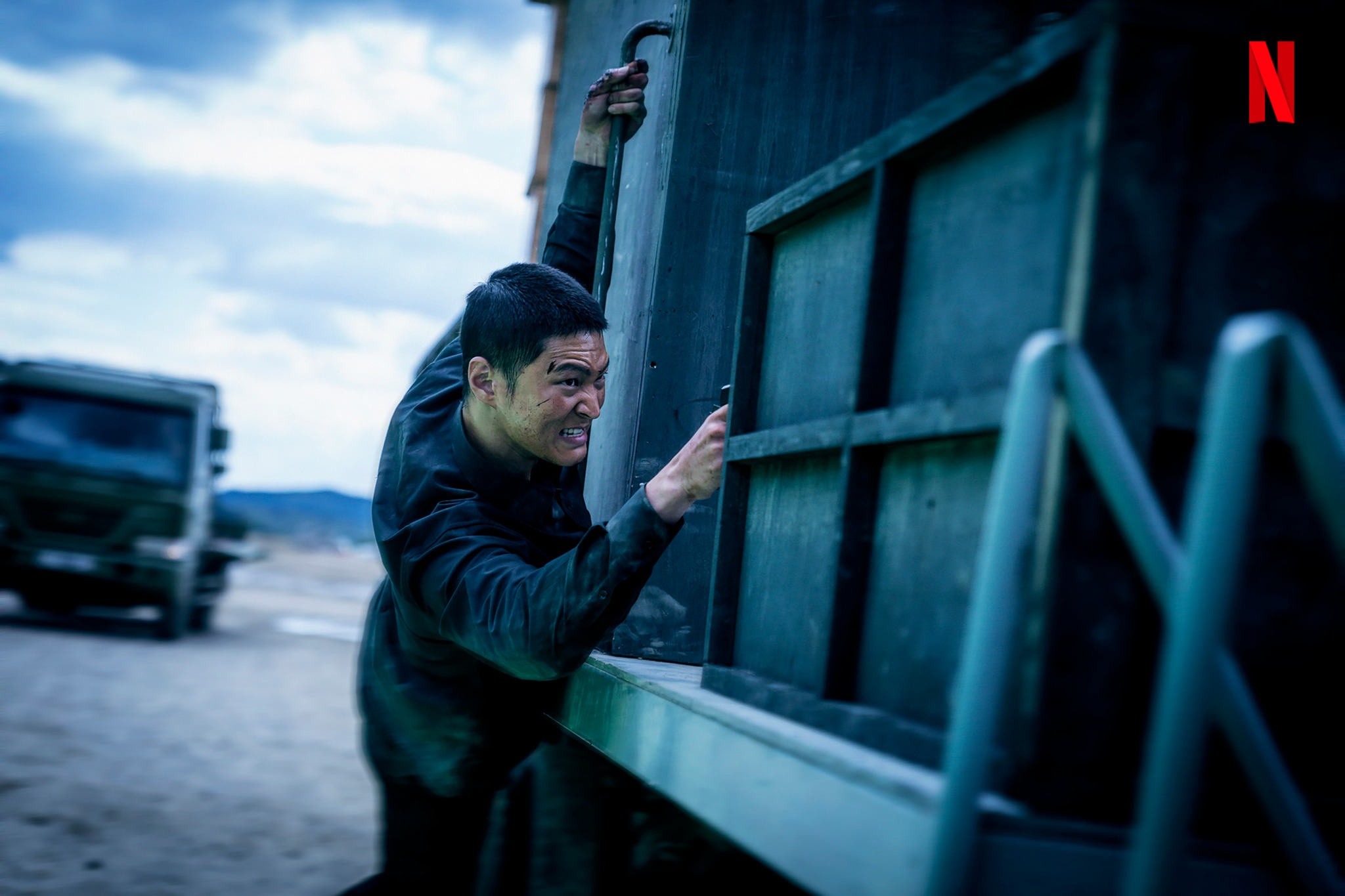 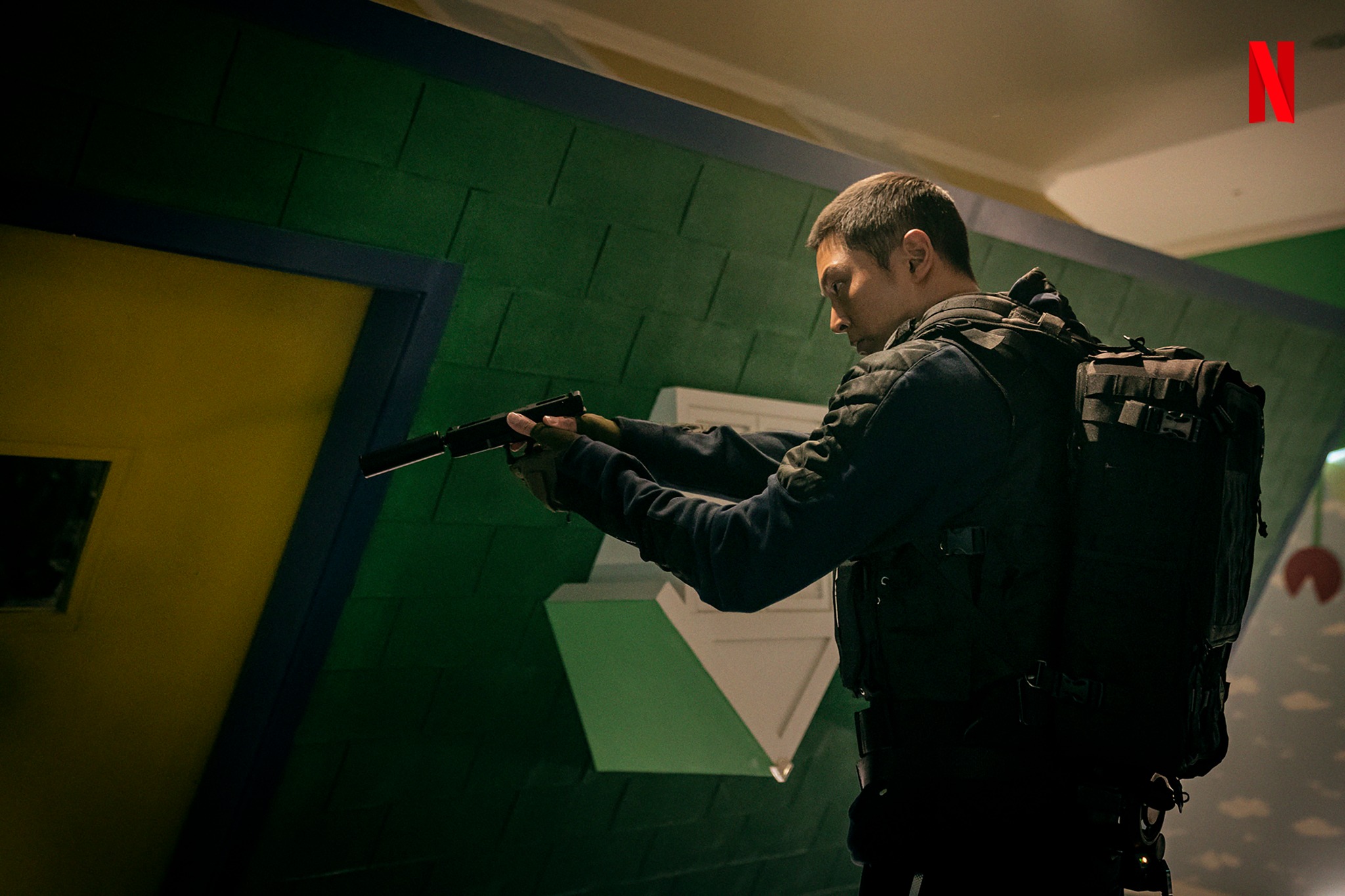 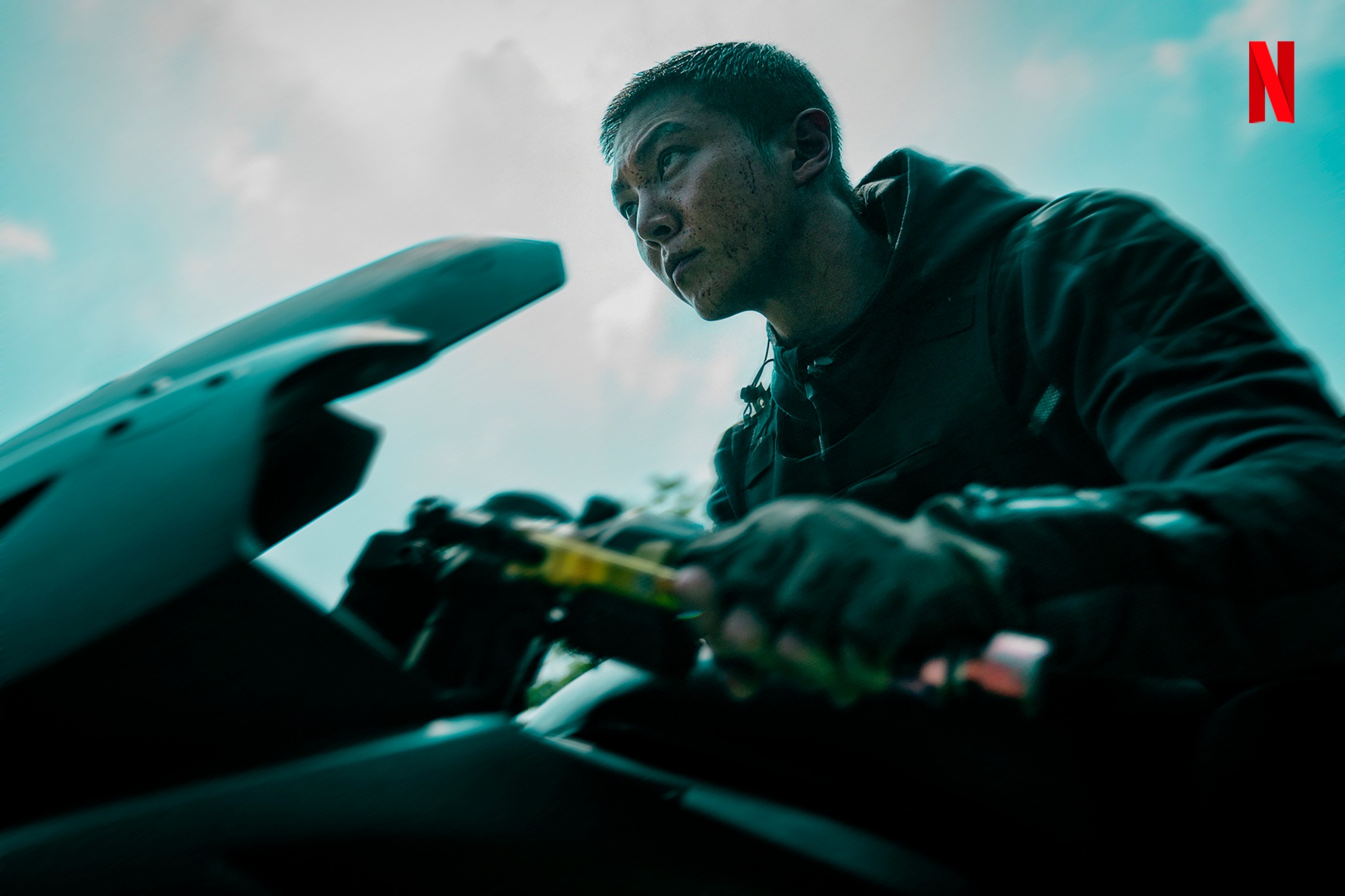 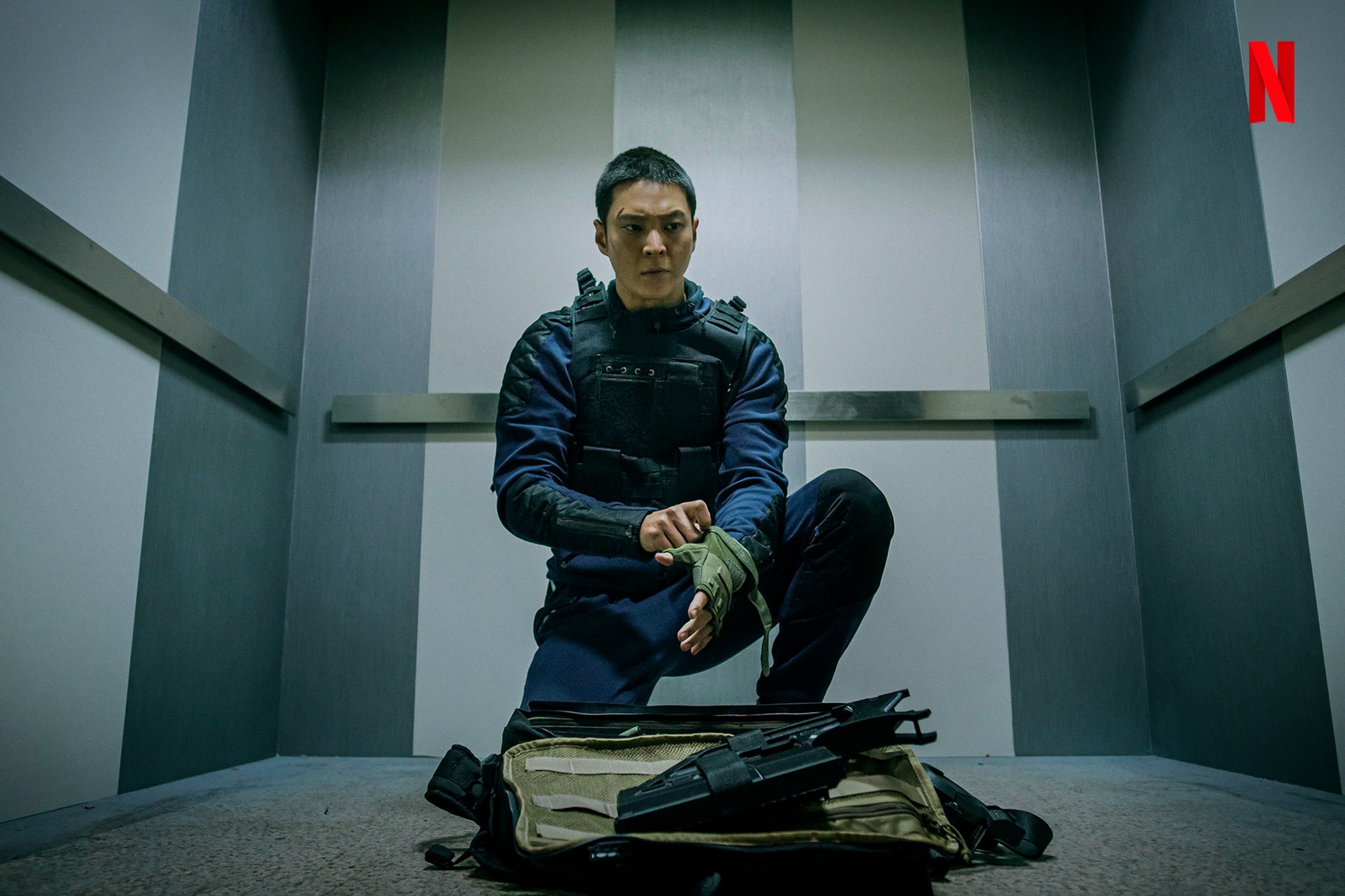 Director Jung Byung Gil commented, “I tried to make the impossible happen in order to capture the [stunts] with real action instead of CG (computer graphics).” To show the urgency and confusion of Carter’s situation, martial arts director Kwon Gwi Deok avoided the familiar production of a one-on-one fight and devised a way to show several characters intertwined in a dangerous situation at the same time.

You’ll be able to see the riveting action in “Carter” when it premieres on August 5.