Previews of Girls’ Generation’s Sooyoung in “If You Wish Upon Me” are enough to pique your interest… and maybe get you off the couch!

KBS 2TV’s upcoming Wednesday-Thursday drama “If You Wish Upon Me” is inspired by an actual organization in the Netherlands that fulfills the wishes of terminal cancer patients. A touching story will unfold as a young man who has been pushed to his limits by a difficult life finds solace while helping others’ wishes come true.

Sooyoung will star in the drama as Seo Yeon Joo, a nurse at the hospice whose worst nightmare is losing muscle mass. Obsessed with exercise, she naturally becomes the icon of everything related to health, energy, and vitality.

Commenting on the drama, Sooyoung said, “When you think of death, the first emotions that come to mind are sadness and despair. ‘If You Wish Upon Me’ does tackle the subject matter of death, but it has a message of warmth and hope. I think that’s what’s appealing about it. As I was reading the script, I thought to myself, ‘Towards the end of my life, or the lives of those I love, I hope there will be many people around who are as warm as the people in this drama.’ That’s what led me to join the drama.”

Regarding her character, Sooyoung shared, “Yeon Joo is easygoing, honest, and always full of energy. Because of this, she’s like a source of light at the hospice. The thing I realized about the occupation of being a nurse while preparing for this role was that it’s one that really takes so much energy out of you. I found Yeon Joo, who looks after patients and their guardians without even a chance to sit down overnight, so amazing and admirable.”

She went on to describe Seo Yeon Joo as a “wonder woman,” “the female Kim Jong Kook,” and a “strange woman.” She explained, “She is a wonder woman because the hospice doesn’t seem to operate on its own two feet without her around. When a problem arises, Yeon Joo always pops up from somewhere. ‘The female Kim Jong Kook’ comes from her obsession with exercise and genuine sorrow when it comes to losing muscle mass. And ‘strange woman’ is what Gyeo Re [Ji Chang Wook] has been calling her since they first met. But there’s definitely something a bit eccentric about Yeon Joo. I think that’s part of her charm, so I picked that [as one of her keywords].” 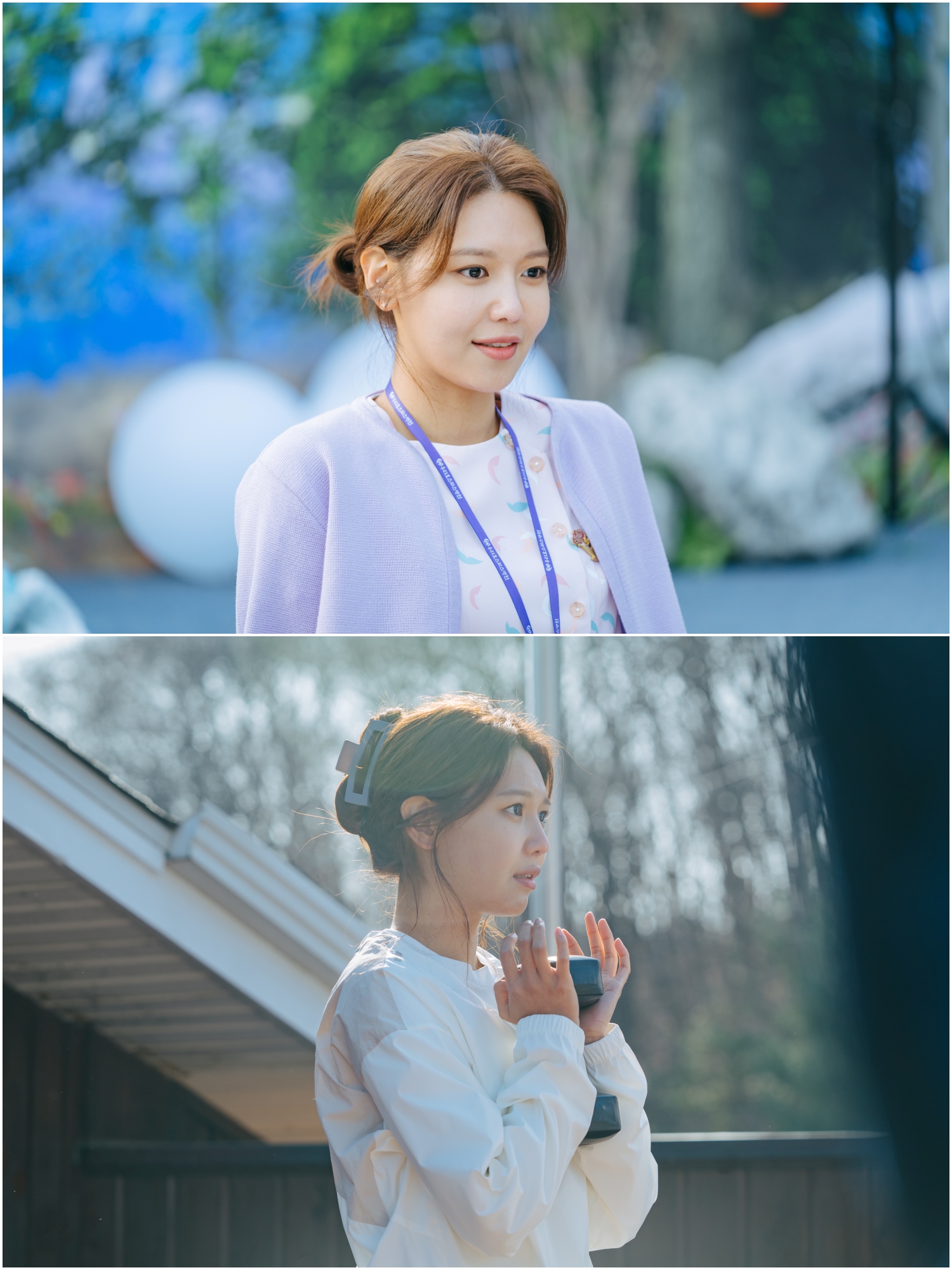 Sooyoung also shared how she prepared for her role, saying, “I think I put the most focus on gaining muscle. Because of this drama, I had to befriend exercise, and I think my stamina increased, for which I’m thankful. As for Yeon Joo’s character traits, I didn’t want her to be someone that is just endlessly bright and energetic. Sometimes, people that are healthy and lively can be overbearing to be around. Instead, I wanted to portray her as someone that could be a comfortable friend to have around. I paid special attention to that aspect of the role.”

As for the drama itself, Sooyoung commented, “‘If You Wish Upon Me’ is like a gift set. Please look forward to ‘If You Wish Upon Me,’ which has bromance, romance, romantic comedy, thriller, and mystery all at once. I had so much fun shooting it, and it came out fun, too. I hope that it becomes a source of hope and rest for many that have gone through hard times.”

In the meantime, watch Sooyoung in “So I Married My Anti-Fan” below:

Girls' Generation
Ji Chang Wook
Sooyoung
If You Wish Upon Me
How does this article make you feel?