LE SSERAFIM’s Kim Chaewon participated in a pictorial and interview for GQ Korea!

In the photo shoot, Kim Chaewon showcased her charms through a new concept that is different from her usual look. She remarked, “I’ve always wanted to try this kind of style, and I think that’s why I enjoyed today’s shoot more than the usual.” She explained, “At some point, I realized that I’ve been doing similar concepts over and over. So at the time of my debut as LE SSERAFIM, I wanted to try a new style, which I did. I think it was for the same reason. I had this great opportunity to try different styles, and I’m pretty satisfied with today’s outcome. (Laughs)”

When asked how it felt when she found out that she was going to be the leader of LE SSERAFIM, Kim Chaewon shared, “Well, I never thought about being a leader of a group. So I was surprised when I first heard the news especially because I’m the youngest one in my family including all my relatives. When I look around, I have more acquaintances who are older than me.”

In response to the question of how it was when she became the leader, Kim Chaewon replied, “It was weird at first because there were many situations where I had to take the initiative.” She added, “But there’s a saying, ‘Humans are animals that adapt,’ so I got used to it over time. That’s when I realized, ‘Ah, I can really do it.'” 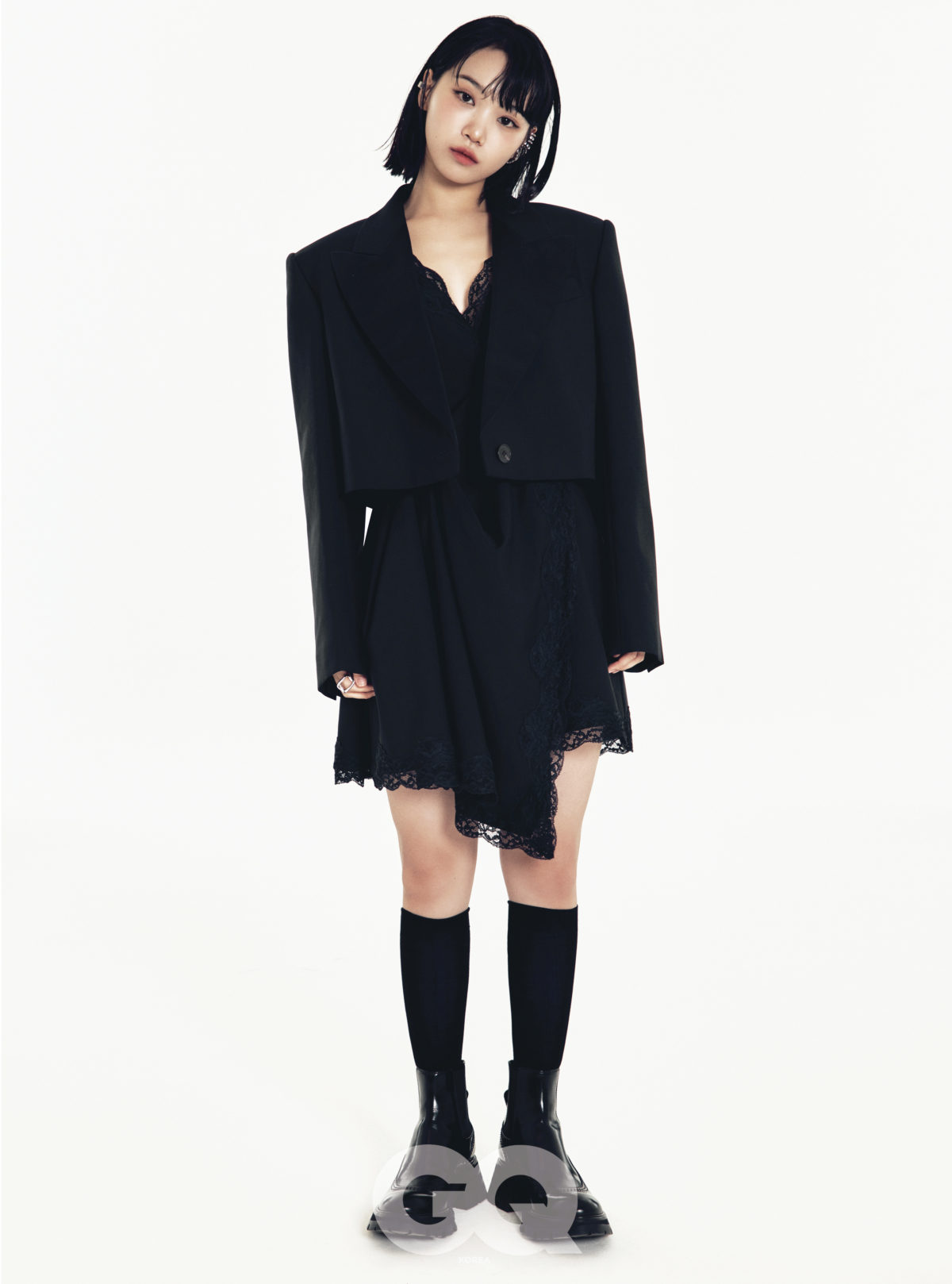 When asked what kind of leader she wants to be, Kim Chaewon replied, “I want the other members to feel comfortable around me like friends and be able to talk to me about anything. I’d be so happy if no one in our team has any worries or concerns. Well, in summary, I want to be a leader that the members can rely on.”

Regarding which of the members she usually leans on when she has her own concerns, Kim Chaewon shared, “I think I rely on Sakura a lot, and I get some energy from her too. Especially when I’m not certain about something, I ask Sakura one more time. I also want to depend on the other members too, but I’m worried that I might discourage the team’s morale by sharing my worries to the other members who are younger than me.” 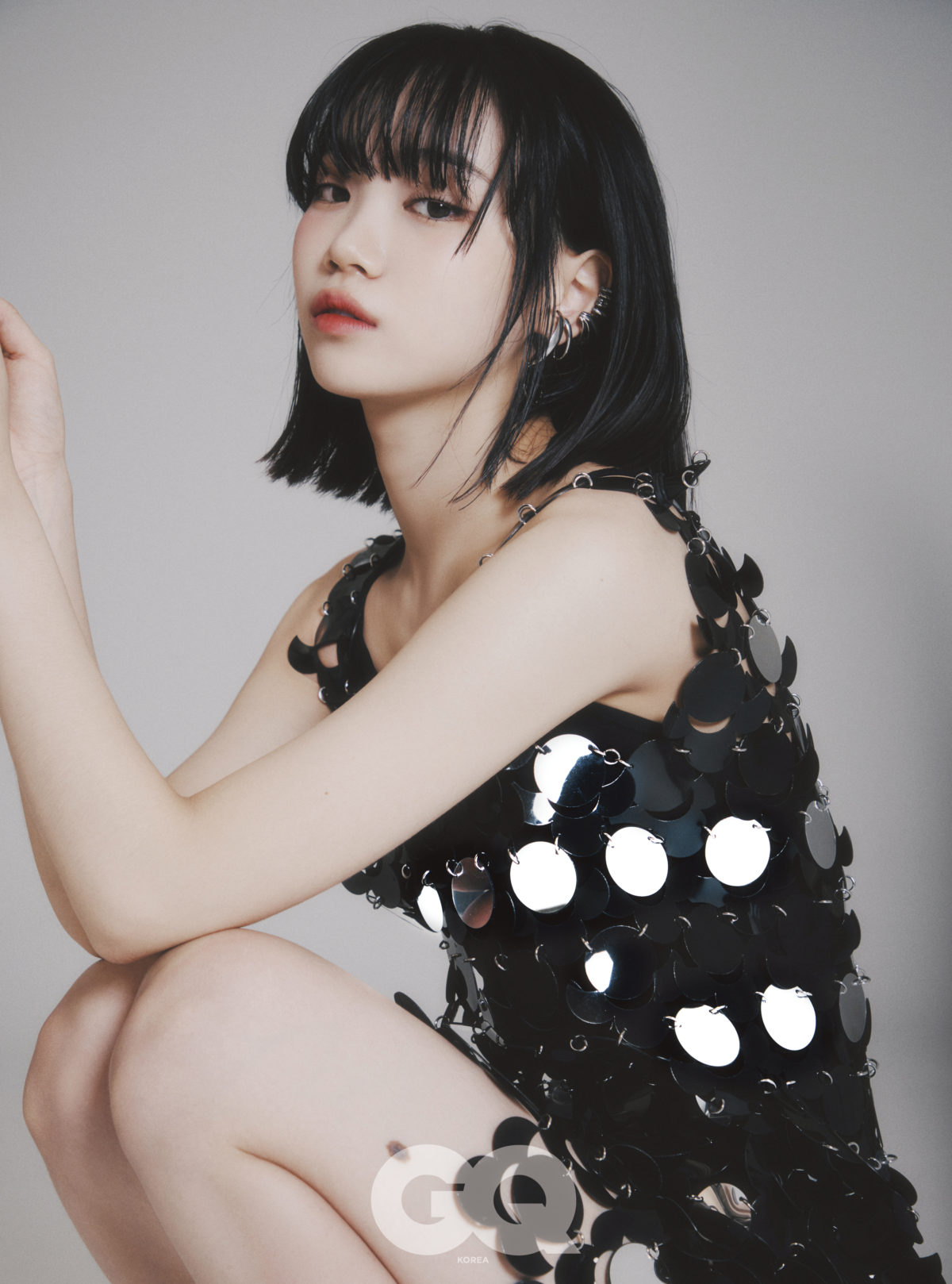 Kim Chaewon’s short hairstyle was impactful in terms of her style changing. Regarding her hairstyle change, she commented, “I remember that there was a comment saying, ‘This is not the Kim Chaewon that I know of.’ Actually I’ve been wanting to hear such a comment before I debuted. Once again, I’m so proud of myself for having tried this short hairstyle.”

Kim Chaewon also shared that her role model in the field of fashion is Komatsu Nana, an actress and model. “I look for Komatsu Nana’s pictures a lot, and I like her to the extent that I even observe her casual fashion. I’m her fan.” 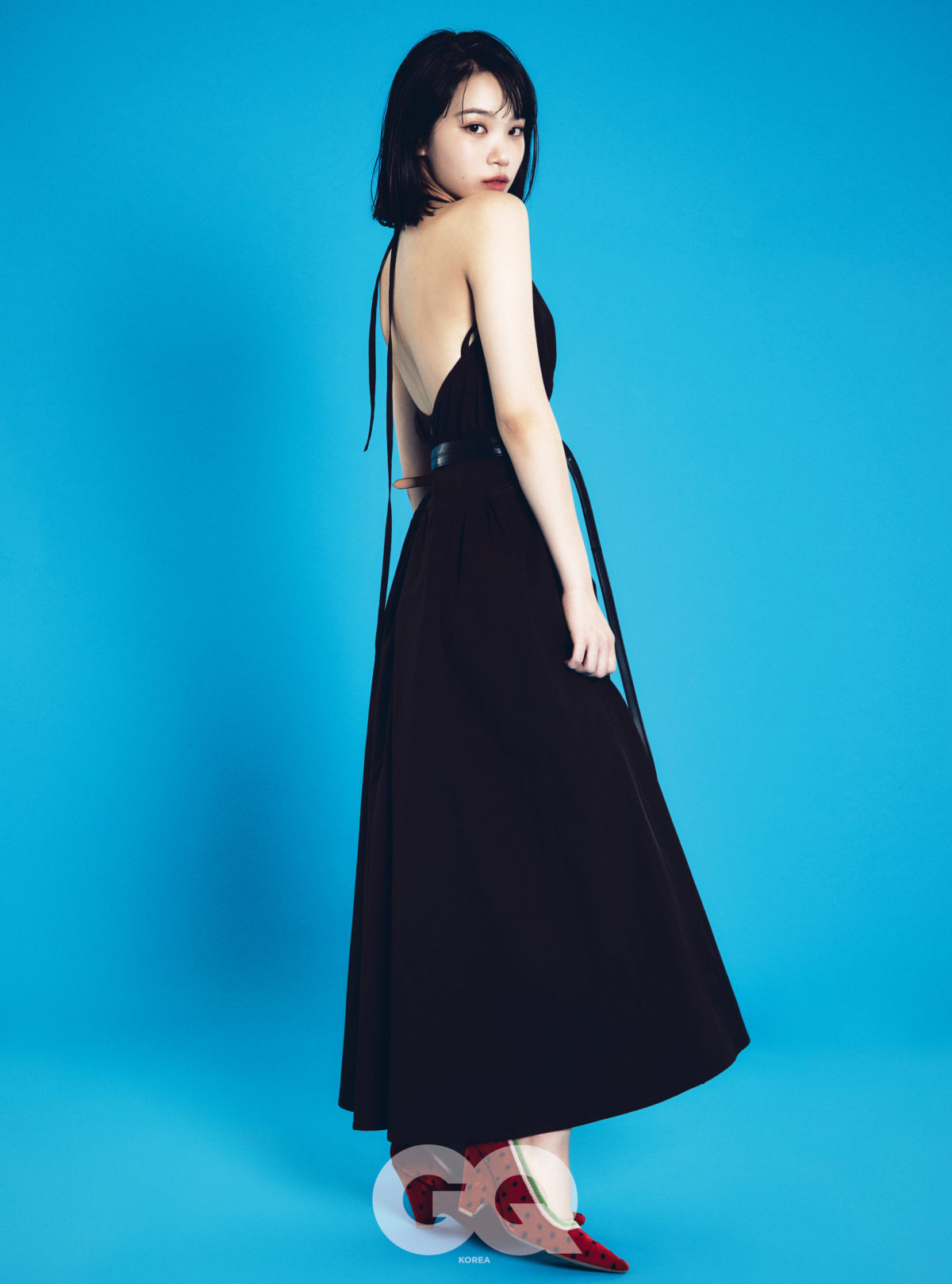 When asked with what word she would describe the time before her debut as LE SSERAFIM, Kim Chaewon remarked, “It’s difficult. Well, oh! (Looking at the laptop) A space bar!” She explained, “You know when you start writing an essay, you first put a space in the beginning. I think that space contains a lot of thoughts and deliberation such as what topics to write, what word to start with, and so on. I think the time before my debut as LE SSERAFIM was just like that, as if I’m tapping a space bar to get prepared and start.”

Check out more photos from her pictorial below! 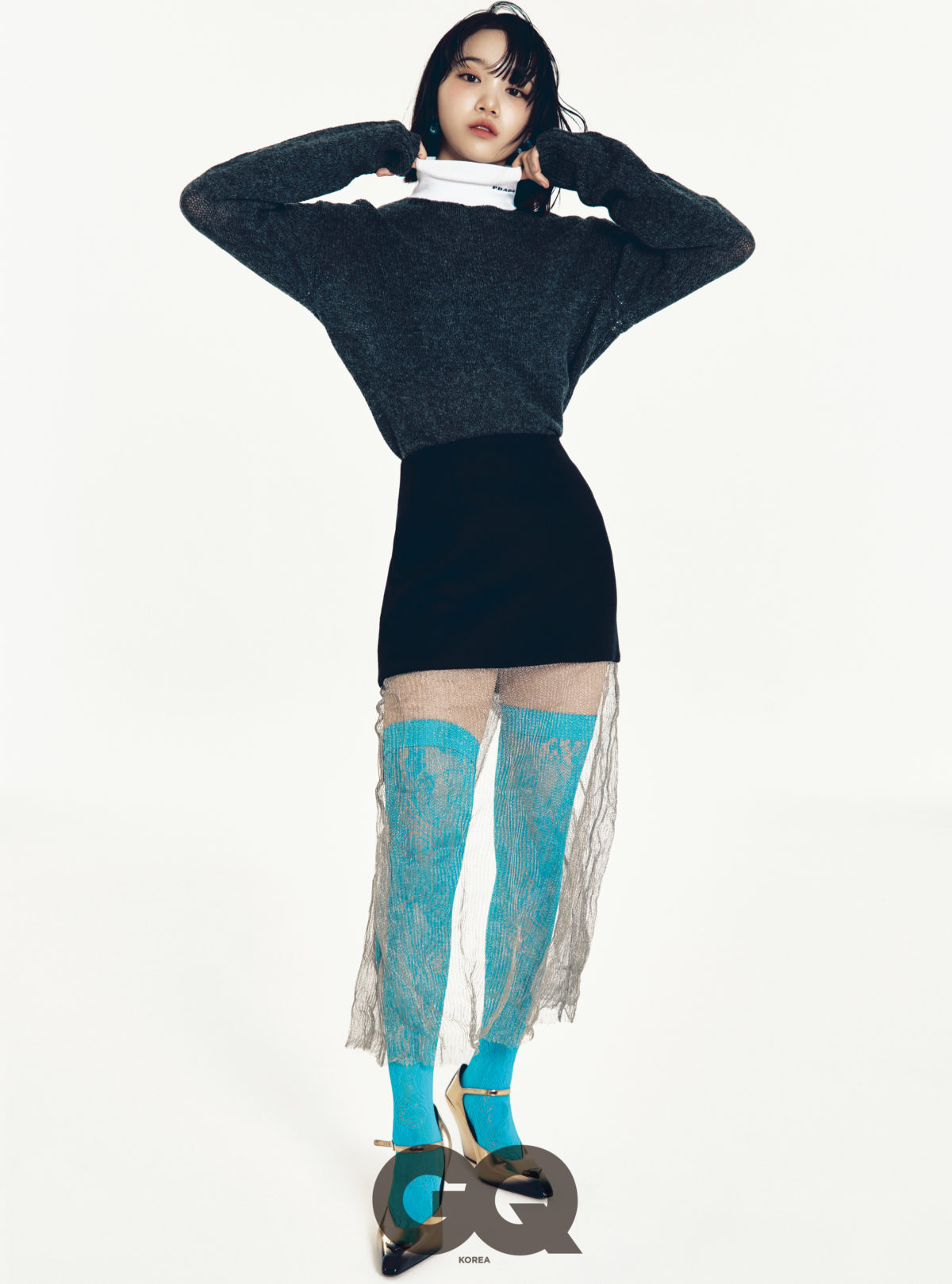 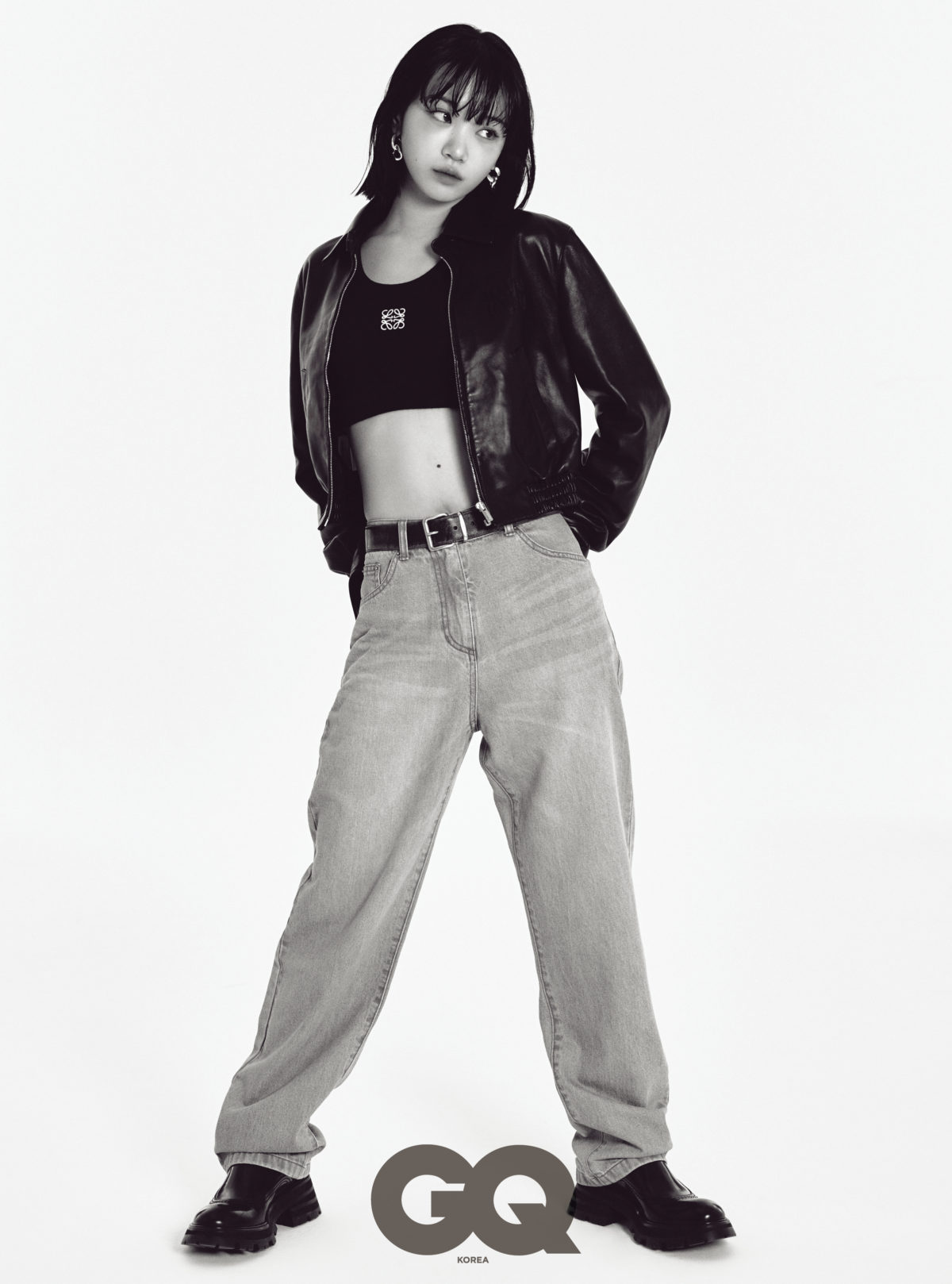 GQ
LE SSERAFIM
Kim Chaewon
How does this article make you feel?