“Poong, The Joseon Psychiatrist” has given a close look at the residents of Gyesu village!

With the colorful and unique characters of Gyesu village being a key point of the drama, tvN has unveiled new photos of the intriguing residents. In the first photo, a grandmother with Alzheimer’s (Jeon Gook Hyang), Gye Ji Han’s daughter Ib Boon (Kim Soo Ahn), and Jang Goon (Han Chang Min) look happily at something up ahead. Behind them, Man Bok (Ahn Chang Hwan) looks surprised and confused. There’s also the charismatic Nam Hae Daek (Yeon Bo Ra), who oversees all housekeeping duties around Gyesu village. 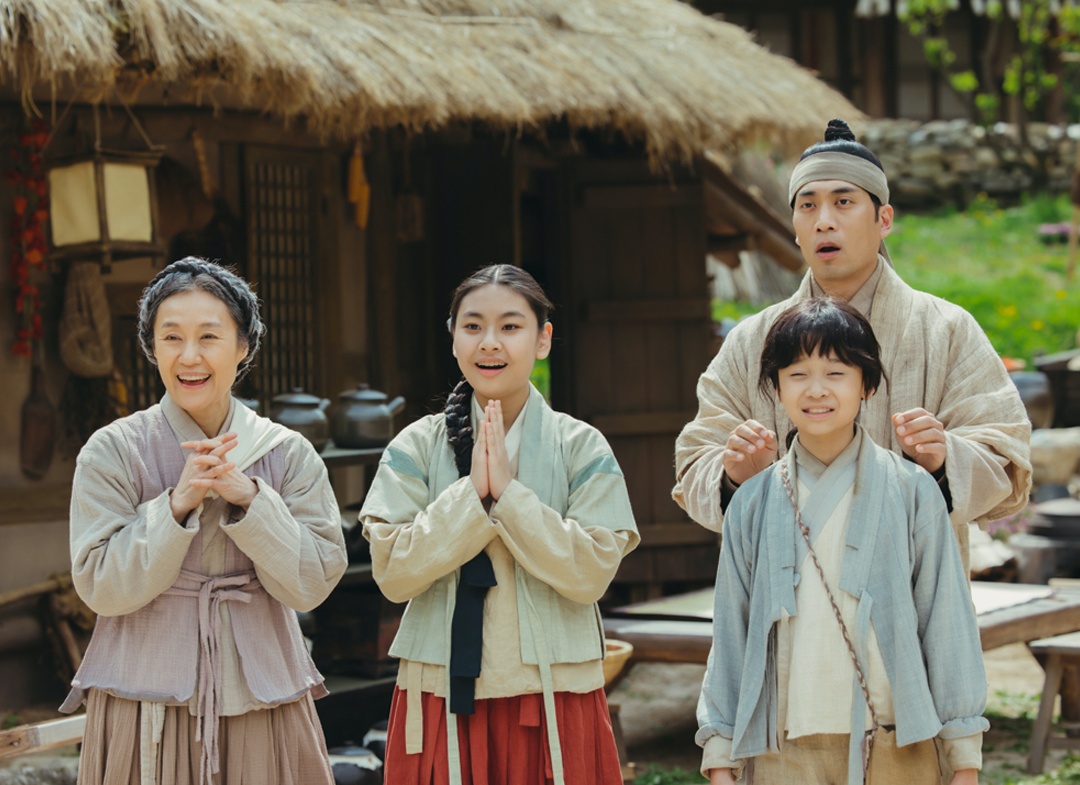 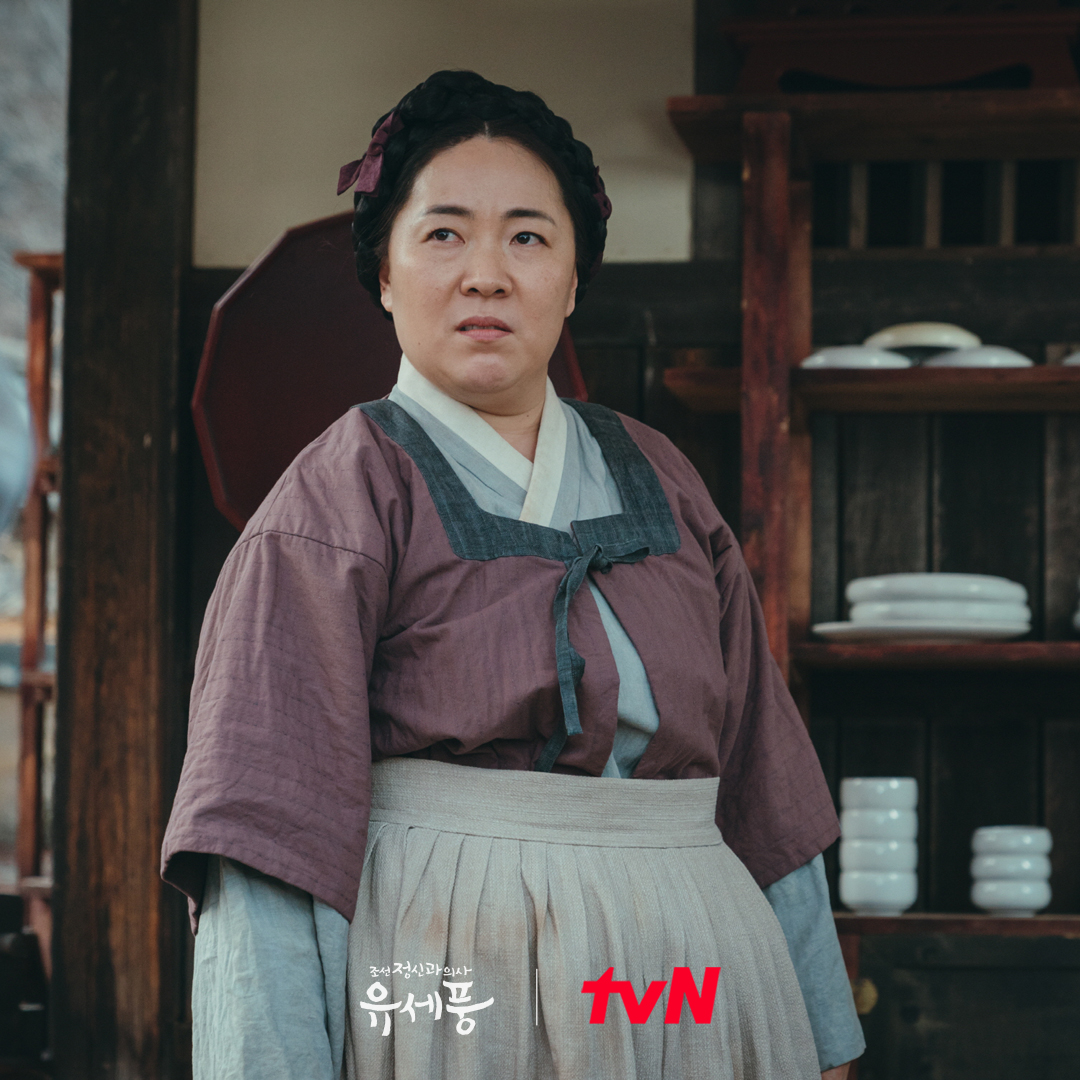 During a meal, Seo Eun Woo dives into a chicken leg and Yoo Se Poong smiles brightly as he watches her eat. At the other end of the table, Gye Ji Han looks dissatisfied and ready to come firing with a long list of complaints. 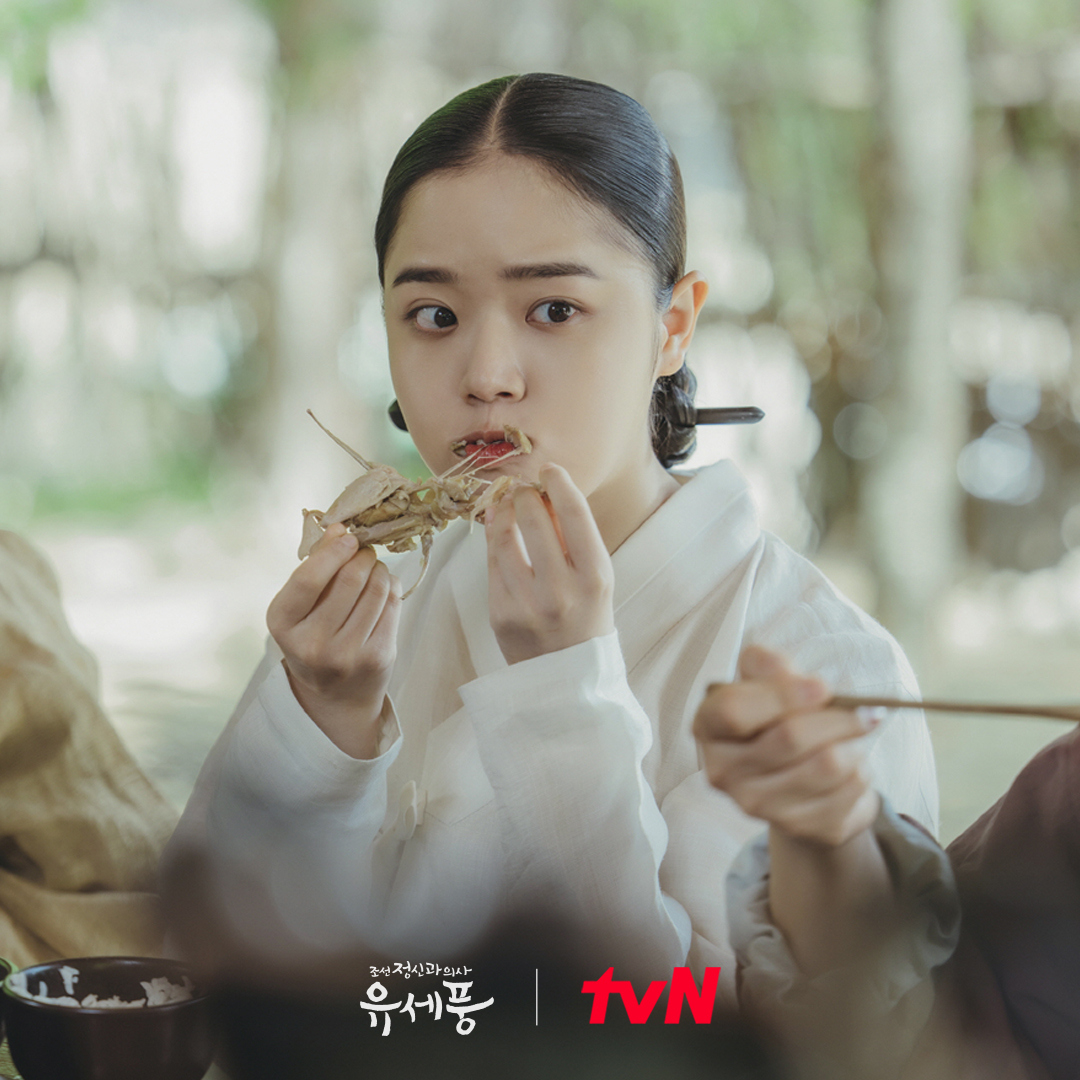 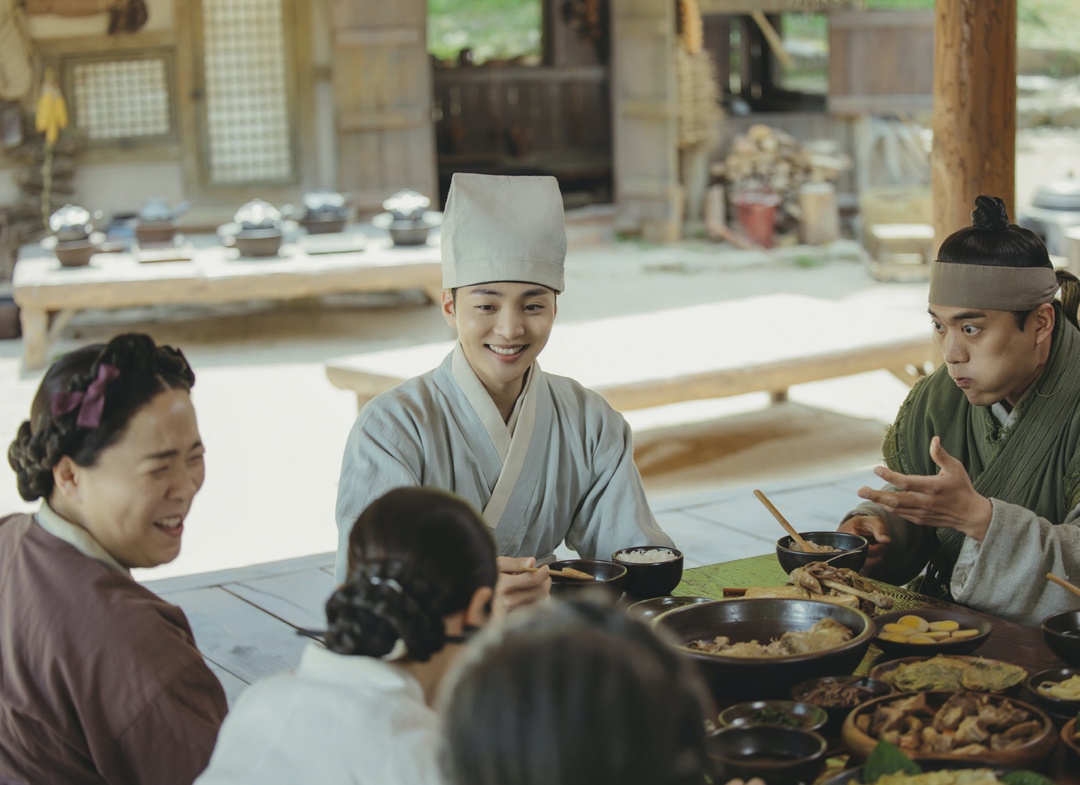 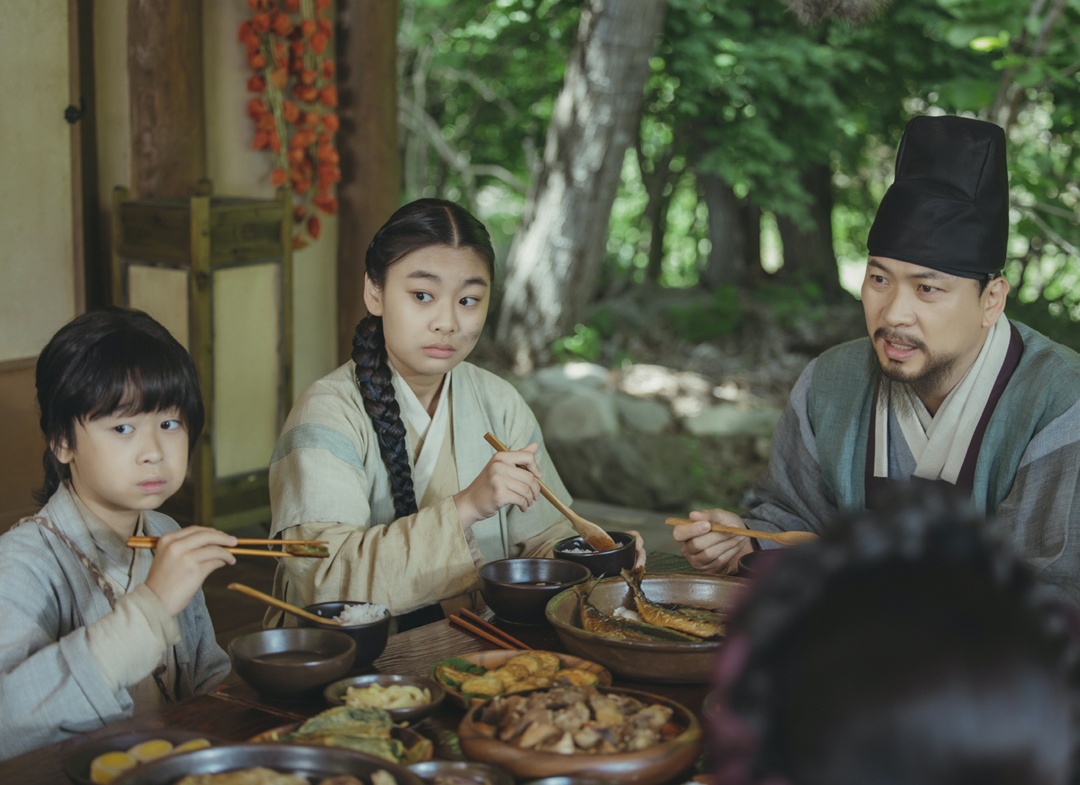 Kim Hyang Gi shared, “There are a lot of three-dimensional characters who are full of individuality, but weirdly enough, the harmony works really well. It has the strength to make you think ‘they’re odd but charming.’ When they’re together, everything becomes a memorable scenario.”

Along with the stills, tvN released a preview for episode 1. The start of the teaser details Yoo Se Poong’s rise to chief acupuncturist in the royal palace with his exceptional medical skills. However, during a procedure for the king, Yoo Se Poong finds himself in unexpected danger and is eventually forced out of the palace.

His life completely changes overnight and he starts meeting new faces like Seo Eun Woo and Gye Ji Han, but does not open up to them right away. When Gye Ji Han instructs him to look after patients for 11 straight days, Yoo Se Poong angrily responds, “I am leaving as soon as I finish treatment.”

In the meantime, check out Kim Min Jae in “Do You Like Brahms?” with subtitles below: