3 Points To Look Forward To In “The Good Detective 2”

The second season of JTBC’s “The Good Detective” is underway!

In the second season, Son Hyun Joo and Jang Seung Jo will reprise their roles as Kang Do Chang and Oh Ji Hyuk and the good detectives of the Violent Crimes Team two will use only the truth to go up against ambitious villains who cross the line.

The drama’s writer took the time to explain three key points that fans of the drama can expect to see in the second season.

Kang Do Chang (Son Hyun Joo) believes people come before the investigation, while Oh Ji Hyuk (Jang Seung Jo) takes a more practical approach by asserting that an investigation must be done properly in order to protect people. These two detectives who were like oil and water can now understand each other’s intentions with a single glance.

In the first season, Kang Do Chang could do nothing but look on when he was unable to prove Lee Dae Chul’s innocence. Afterwards, he began to question himself by wondering whether or not he was catching the real crooks and even began to ponder switching roles.

However, Oh Ji Hyuk helps him come to his senses as he knows that what Kang Do Chang wants more than anything else is to catch true criminals. Season 2 sees him with renewed emotions and ideologies thanks to the time spent strengthening his bond with the Violent Crimes Team Two. Above all else, he is now more used to carrying out investigations as a team rather than on his own. It will be interesting to see how the pair of detectives have switched places in the dynamic of their relationship.

2. A new face and a secret weapon

New additions to the cast will be another reason to tune in to season 2. Chun Na Na (Kim Hyo Jin), the chairwoman of TJ Group, is one such face to look out for. Having been born out of wedlock and treated as if she didn’t exist, it remains to be seen how she cultivated her survival instincts in a harsh struggle for power. She has also been pinpointed by the director as the “secret weapon” of the drama, with her husband Woo Tae Ho (Jung Moon Sung) and vice-chairman Chun Sang Woo (Choi Dae Hoon) serving to make the plot even more elaborate. 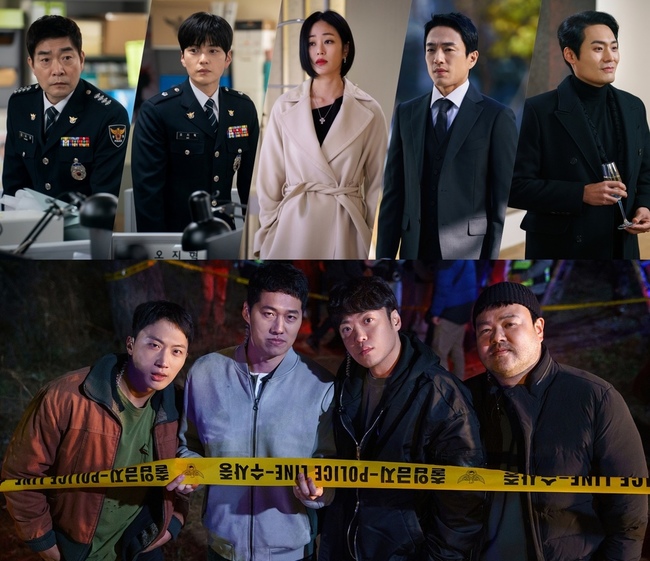 3. A show of teamwork that is stronger than ever

The strongest weapon that the Violent Crimes Team Two has in their arsenal is the drive they have to take down criminals, and this weapon will only get stronger in the second season. Having survived through their pride and sense of comradery, more help will come to them in the form of some special backup. The team is used to anguishing over personal problems and finances, but now thanks to this special force, they are more unstoppable than ever before. In addition, the team members’ sense of humor and their own personal charming qualities will also be in the spotlight.

The drama’s writer commented, “I put emphasis on bringing out each detective’s charm and interesting qualities as I believe in the strength that each of them has. The familial bond they formed in the first season will be carried over into the second. Please keep an eye out for their ideal team-up.”

In the meantime, check out Son Hyun Joo in his film “The Phone” below: