Shin Ha Kyun is the only one who is all smiles amongst his crew in a packed elevator!

Coupang Play’s upcoming original sitcom written by Yoo Byung Jae will follow the riveting tale of Steve (played by Shin Ha Kyun), the slightly mad mastermind behind McCom, and his crew as they navigate the chaotic battlefield of Korean start-ups.

The newly revealed poster catches the eye by showing Steve and the McCom crew in a packed elevator. The way Steve is smiling broadly with his index finger pointing to the top without being conscious of the surroundings gives a glimpse of his pretentious personality. The contrasting facial expressions of the other McCom employees, who seem used to Steve’s actions and do not even care, add to the hilarious atmosphere.

The text on the poster reads, “When everyone says NO, I say YES. This is what a K-start-up is,” heralding the emergence of an unusual K-start-up. 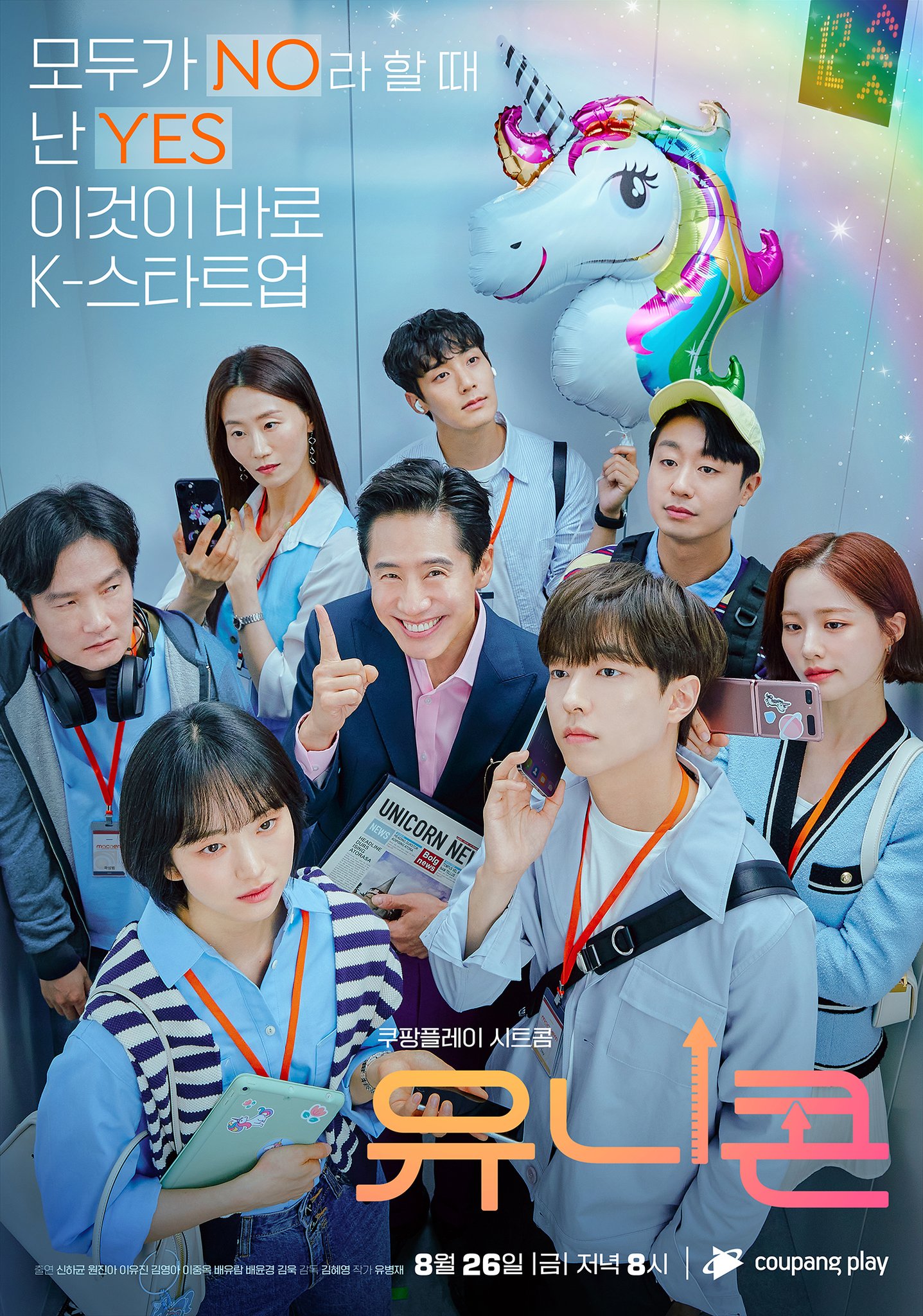 In the meantime, watch Shin Ha Kyun in “Beyond Evil” here: