Kim Min Jae Is Hopeless And Lost Until He Meets Kim Hyang Gi And Kim Sang Kyung In “Poong, The Joseon Psychiatrist”

In the stills, Yoo Se Poong is standing in the rain hopelessly with empty eyes that have lost their brightness. He was once a doctor who was loved by everyone for his handsome looks and excellent acupuncture skills. However, his shabby appearance previews that his splendid reputation has been put at risk. 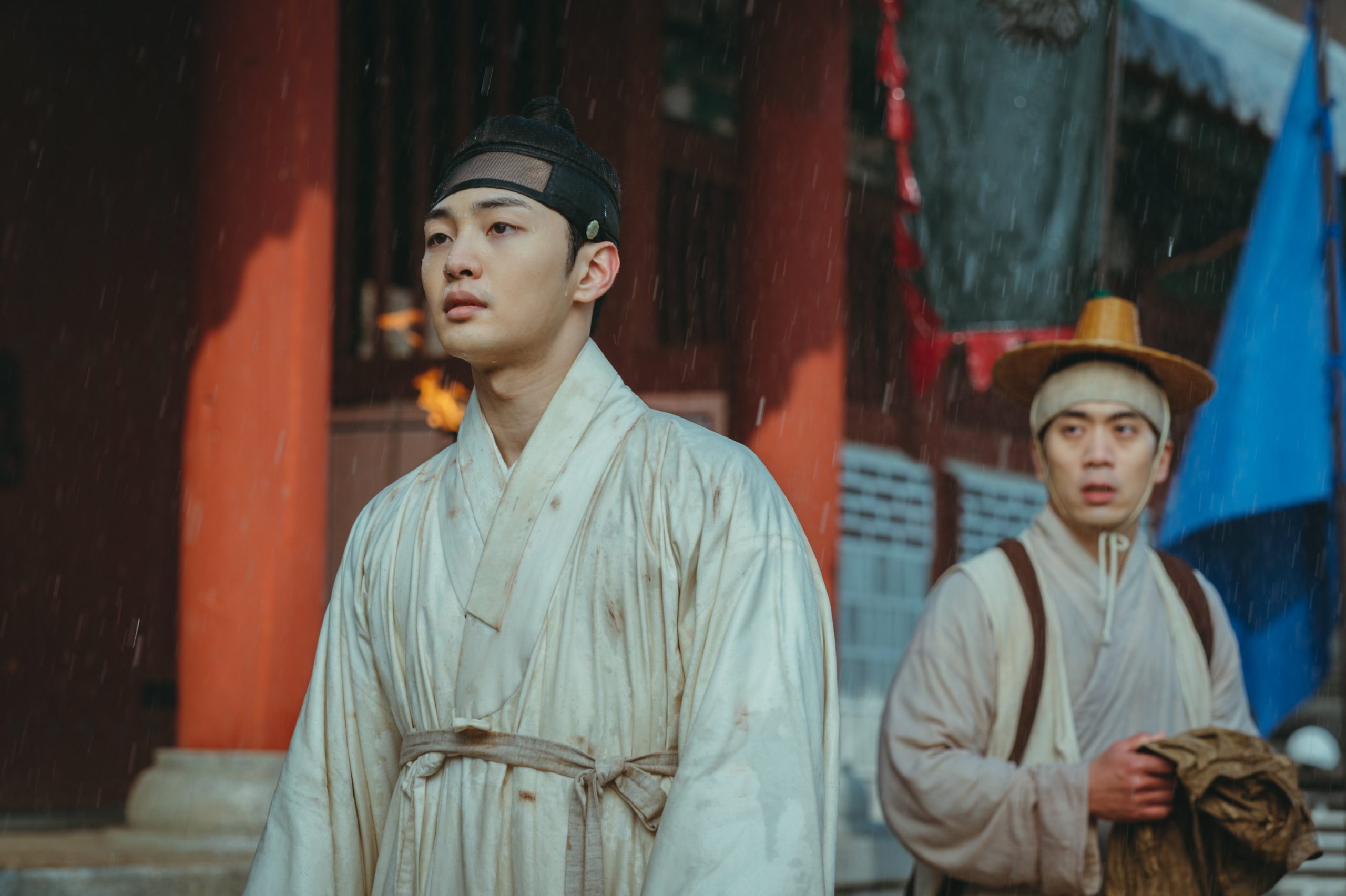 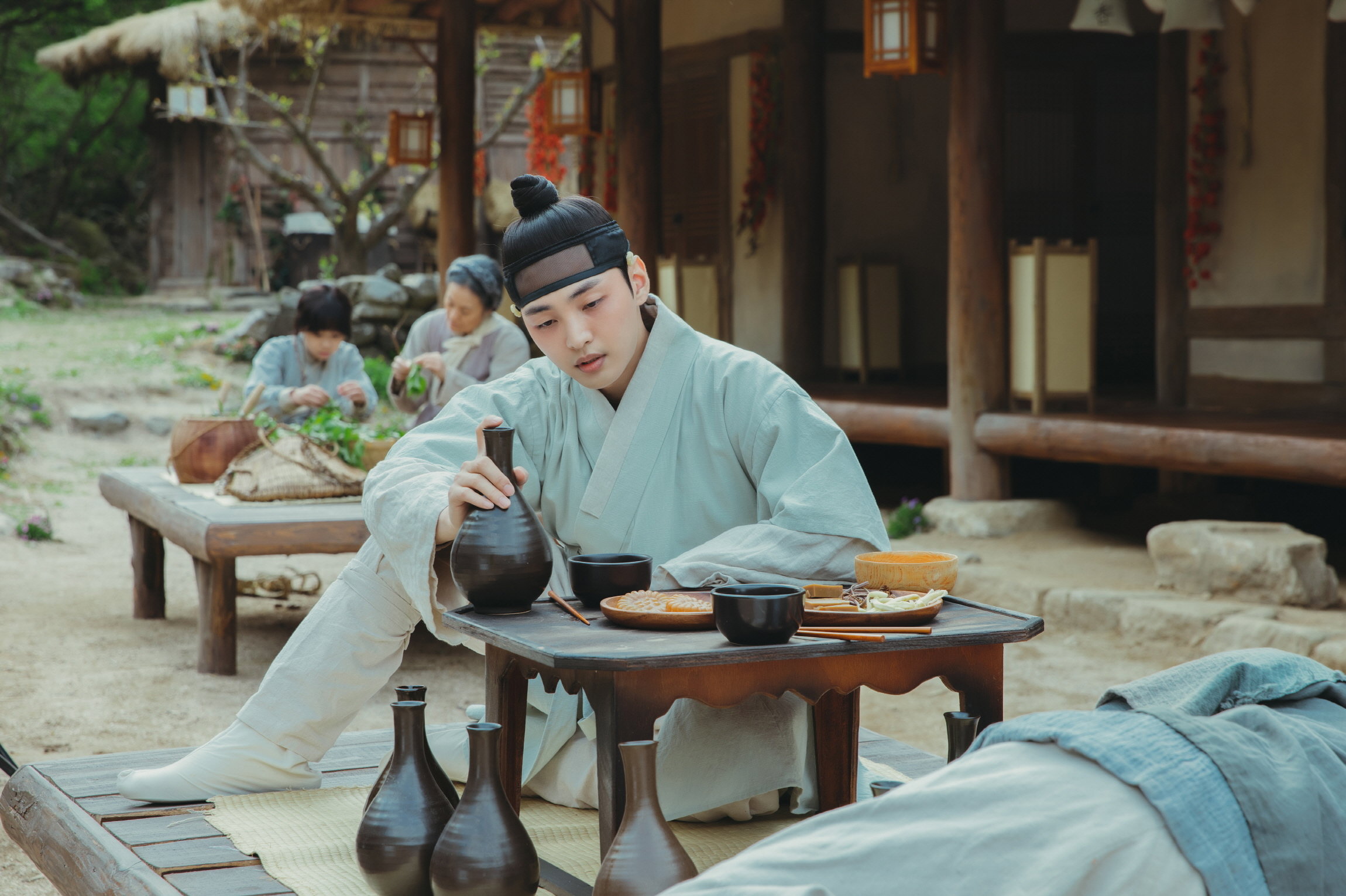 In another still, Man Bok (Ahn Chang Hwan), who is very loyal to his master, is trying his best to get Yoo Se Poong’s thumbprint stamped on the employment document offered by Gye Ji Han, raising viewers’ curiosity. Yoo Se Poong struggles desperately to escape from him while Gye Ji Han observes them from behind with great interest. 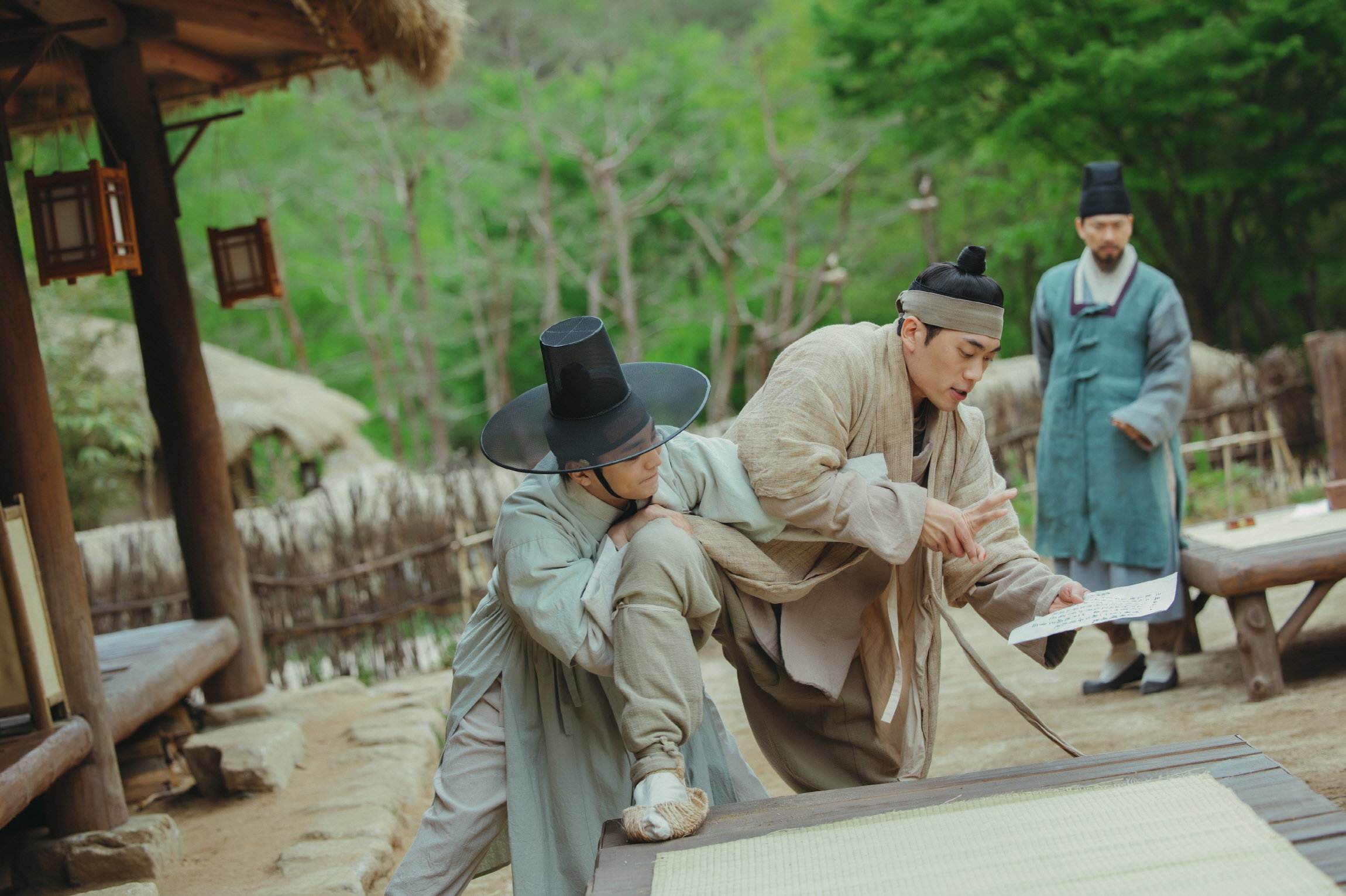 Furthermore, Yoo Se Poong’s unexpected reunion with Seo Eun Woo surprises him. He urgently carries Seo Eun Woo, who has lost consciousness from drowning, and heads to Gyesu Clinic. Even Gye Ji Han seems bewildered by Yoo Se Poong who appears in the middle of the night while carrying a woman on his back. 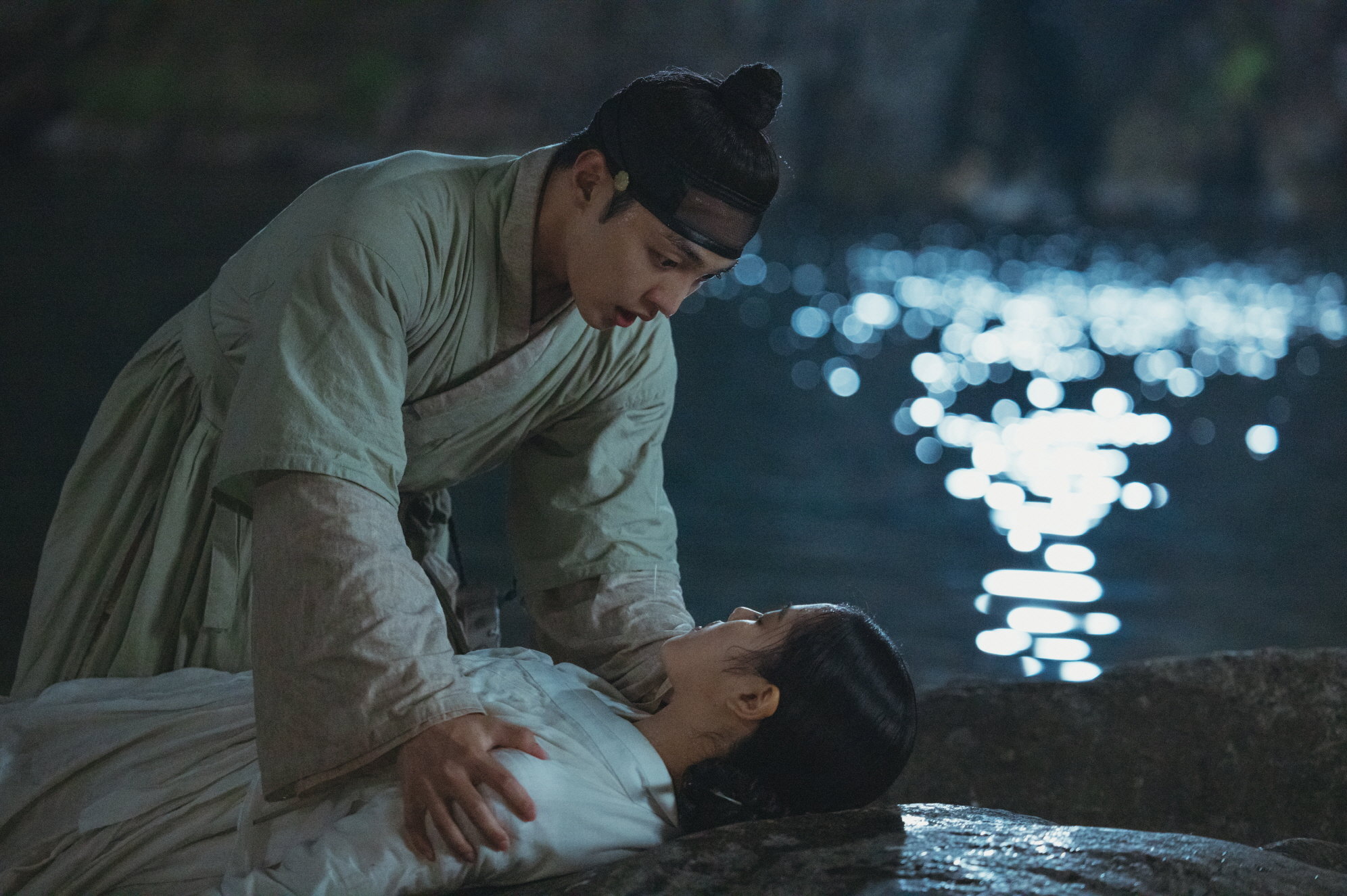 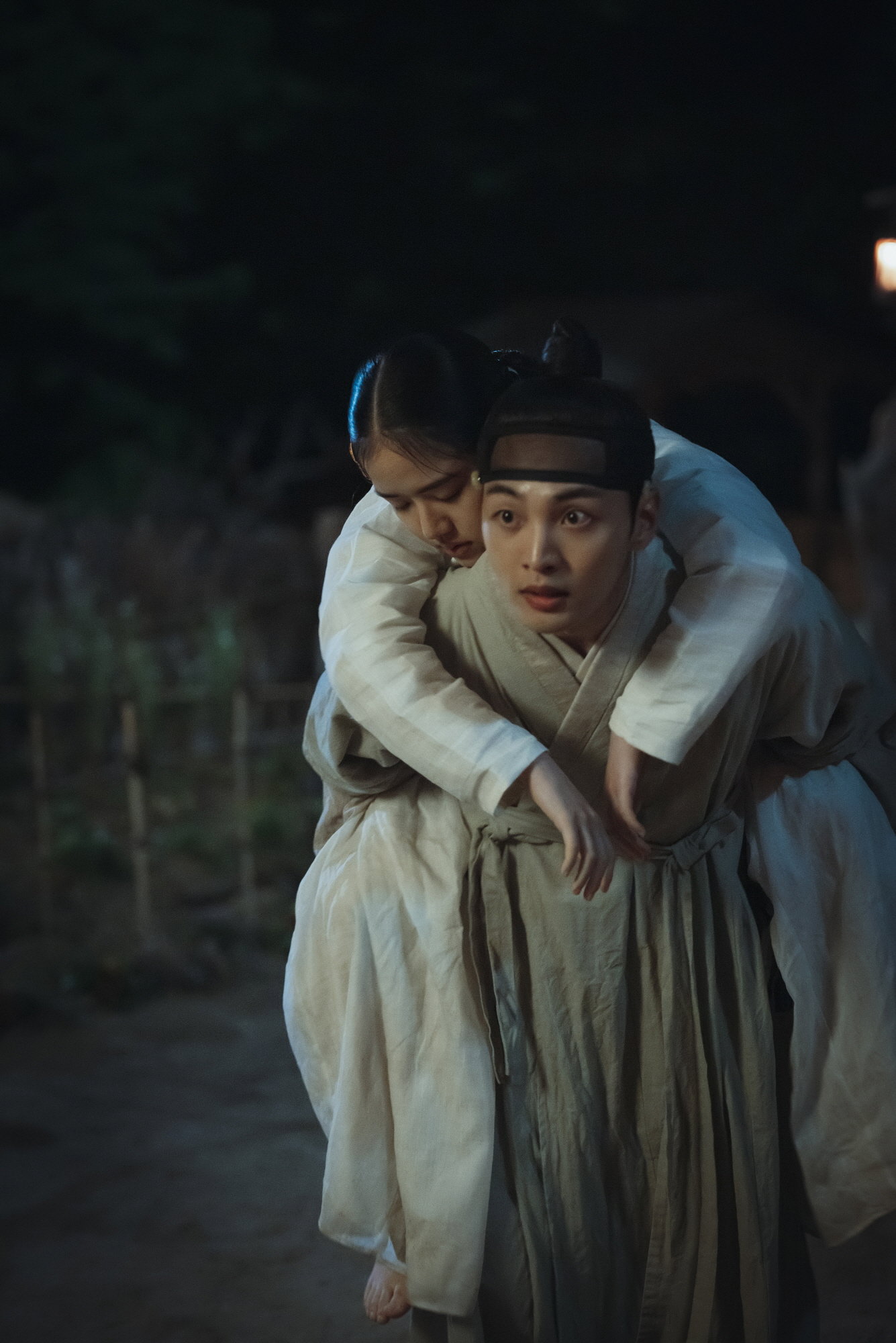 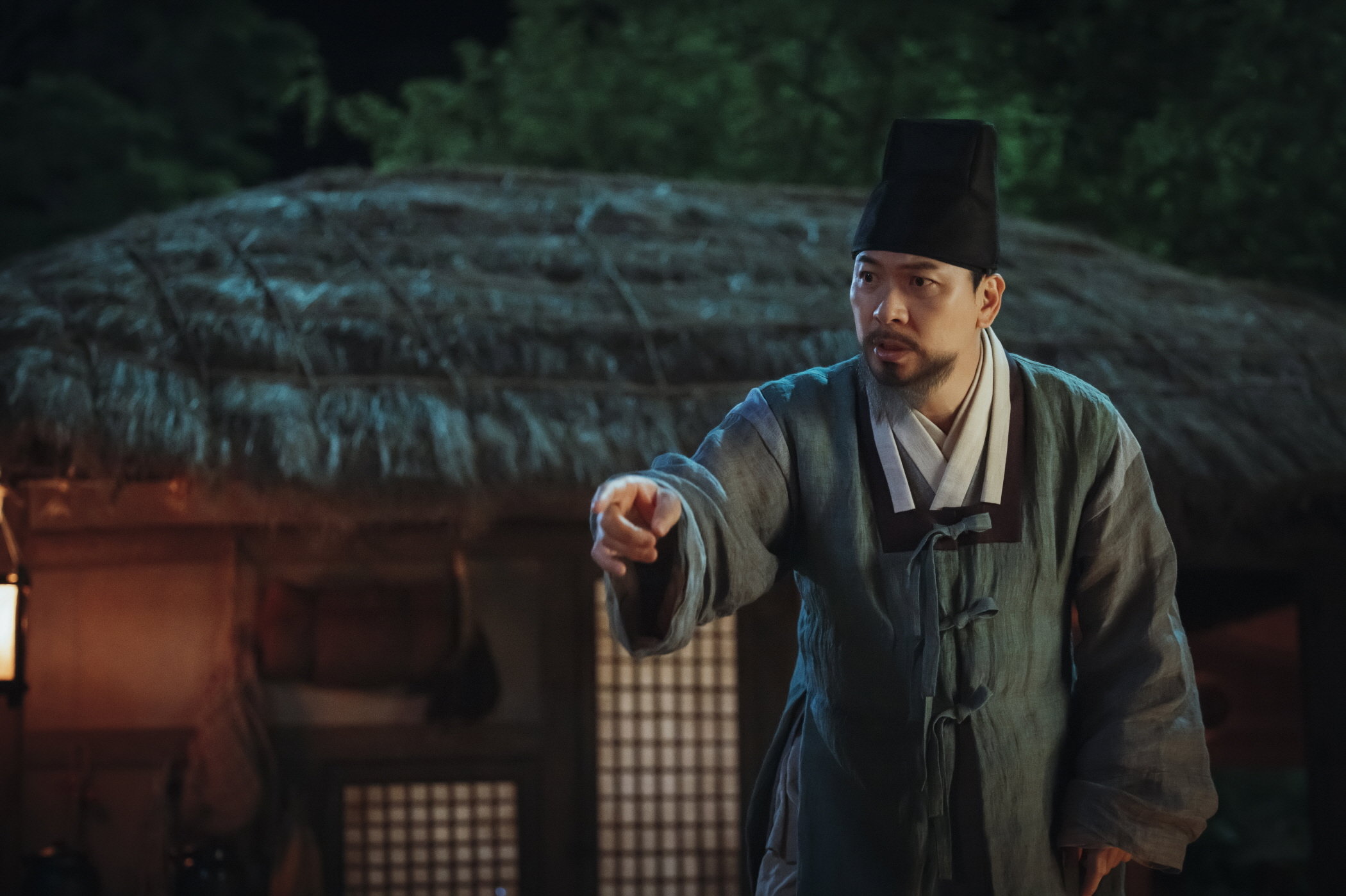 The first episode of “Poong, The Joseon Psychiatrist” will depict Yoo Se Poong crash-landing at the strange and beautiful Gyesu village. It raises the anticipation of viewers as to how Yoo Se Poong, a genius doctor who can no longer perform his acupuncture due to the trauma of “that day,” will change after falling for Gye Ji Han’s temptation and starting to treat patients again at the Gyesu Clinic.

The production team of “Poong, The Joseon Psychiatrist” previewed that a crisis will strike Yoo Se Poong from the first episode. They commented, “[Yoo Se Poong’s] fateful encounter with Seo Eun Woo and Gye Ji Han, who save him after he is pushed to the edge, will unfold in a very interesting way. Please look forward to the performances of the three doctors who treat people’s minds, giving warm prescriptions to those who are hurt and sending a refreshing blow to those who are bad people.”

“Poong, The Joseon Psychiatrist” premieres on August 1 at 10:30 p.m. KST and will be available with subtitles on Viki. Check out a teaser here!

Also watch Kim Sang Kyung in “The Crowned Clown” below!