LE SSERAFIM, AB6IX, Brave Girls, And Golden Child To Perform At The Busan One Asia Festival

The first lineup for the K-pop concert at the 2022 Busan One Asia Festival (BOF) has been unveiled!

On August 1, the city of Busan revealed LE SSERAFIM, AB6IX, Brave Girls, and Golden Child to be the first lineup of performers for the K-pop concert.

BOF is known as a popular Hallyu festival in Korea hosted by the city of Busan, supervised by the Busan Tourism Organization, and sponsored by the Ministry of Culture, Sports, and Tourism and the Korea Tourism Organization. From October 27 to 30, various events and programs will be held throughout Busan including a concert in which K-pop stars will be performing on stage.

Kim Ki Hwan, who is the director of Busan City’s Culture and Sports Bureau, remarked, “Following the reveal of the first lineup, we plan to inform people of the second lineup for this year’s Busan One Asia Festival as soon as the details get confirmed.” 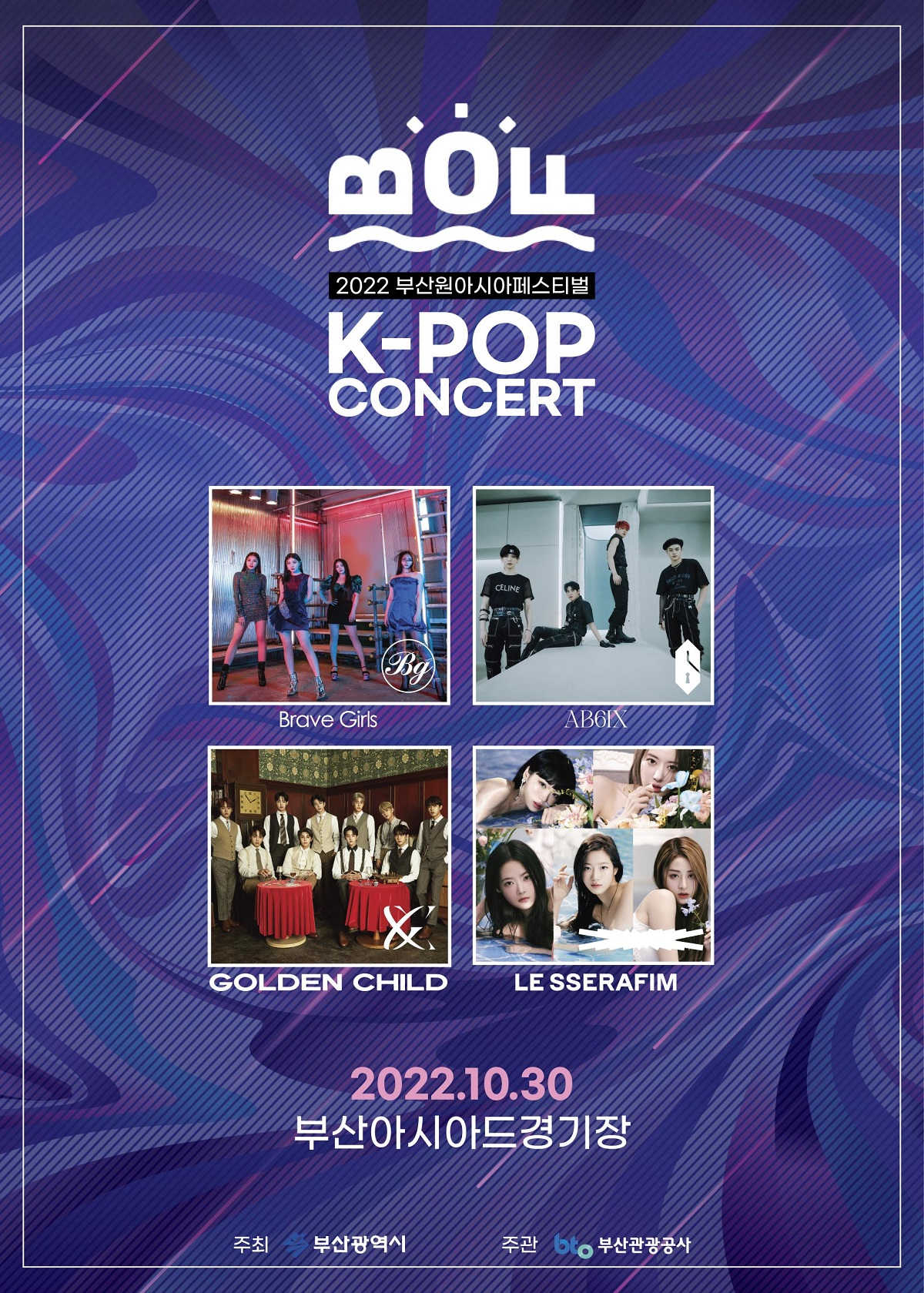 For those who cannot attend the concert in-person, it will also be broadcast live around the world.

Which artist are you hoping to see perform at 2022 BOF?