“Good Job” is a hero mystery drama that follows the romance between chaebol Eun Sun Woo (Jung Il Woo), who leads a second life as a detective, and Don Se Ra (Yuri), a woman with super vision. 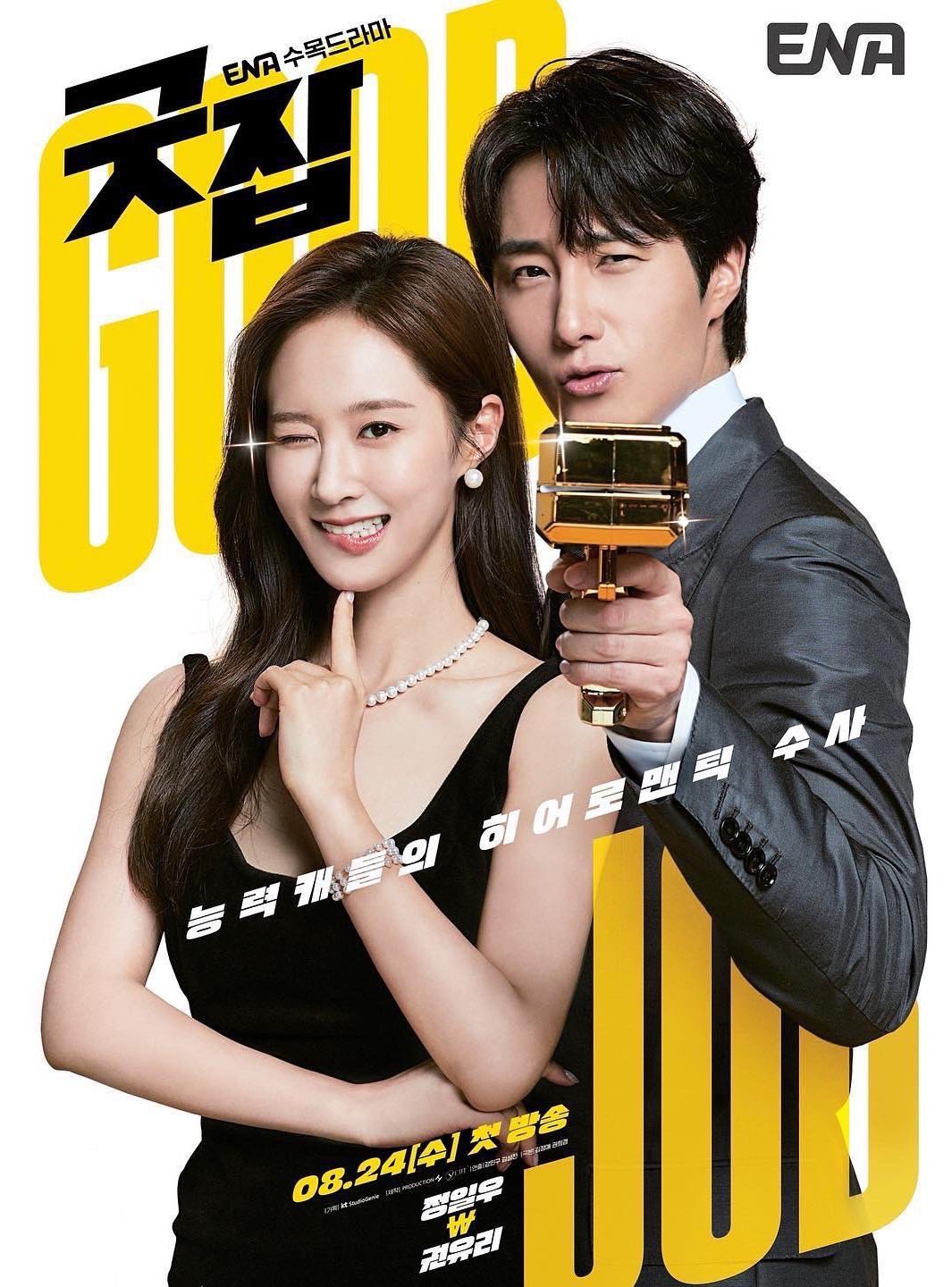 In the next poster, Eun Sun Woo and Don Se Ra are spying on something in the dark. Although Eun Sun Woo works as a chaebol group’s chairman during the day and Don Se Ra has numerous odd jobs while in search for a full-time job, the two transform into detectives at night. The image gives insight into Eun Sun Woo’s and Don Se Ra’s double lives.

Eun Sun Woo and Don Se Ra are facing the same direction, but they appear to be lost in their own thoughts. Eun Sun Woo wears a serious expression while holding a telescope, but Don Se Ra only has eyes for cash as portrayed by the reflection on her glasses. The text across both posters reads, “Skilled characters’ heroic-romantic investigation.” Viewers are already anticipating the chemistry between Eun Sun Woo, who is serious about the investigation, and Don Se Ra, who is serious about money. 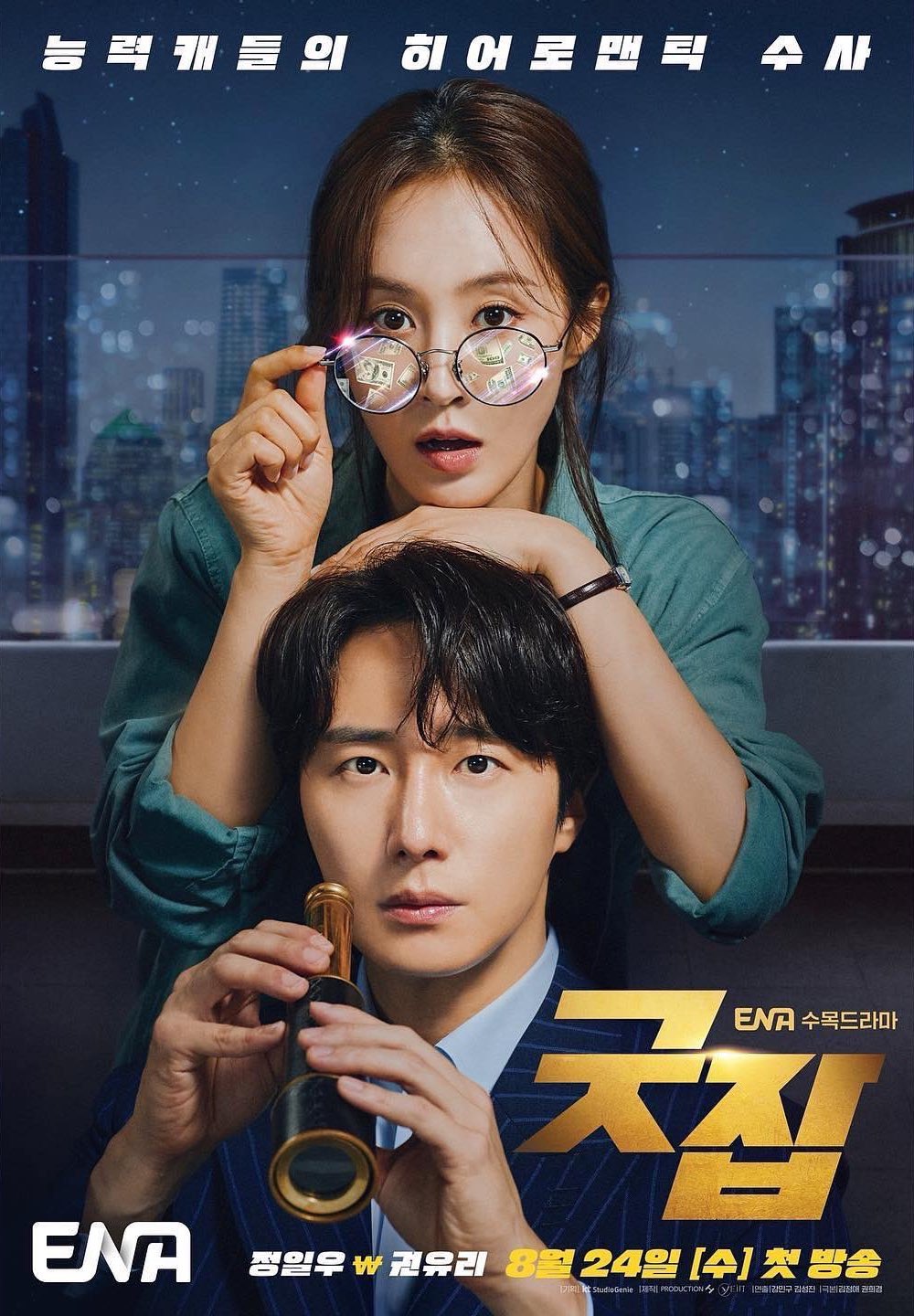 The production team of “Good Job” shared, “Jung Il Woo and Kwon Yuri perfectly portrayed the charms of chaebol detective Eun Sun Woo and super vision wielder Don Se Ra while shooting the posters. Their chemistry, which has already been tested, [was perfect] needless to say. Throughout the entire poster shoot, they showcased great chemistry to lead the atmosphere on set, and thanks to them, the staff could carry out filming amidst an amicable atmosphere. Please greatly anticipate the broadcast of ‘Good Job,’ through which viewers can see the charms and chemistry of Jung Il Woo and Kwon Yuri that couldn’t all be captured through the posters.”

“Good Job” will premiere on August 24 at 9 p.m. KST following the conclusion of “Extraordinary Attorney Woo.”

While waiting, watch Jung Il Woo and Yuri in “Bossam: Steal the Fate” below!