More behind-the-scenes stills of “Today’s Webtoon” have been released!

Kim Sejeong and Choi Daniel (playing Seok Ji Hyung), whose characters boast a great senior-junior relationship that is more exciting than most romantic relationships, radiate sweet chemistry even when they are not filming. In the photo, Kim Sejeong is smiling at the camera with both her hands making V (victory) signs, while Choi Daniel is standing behind her, playing with the cup noodles that are set out as props. 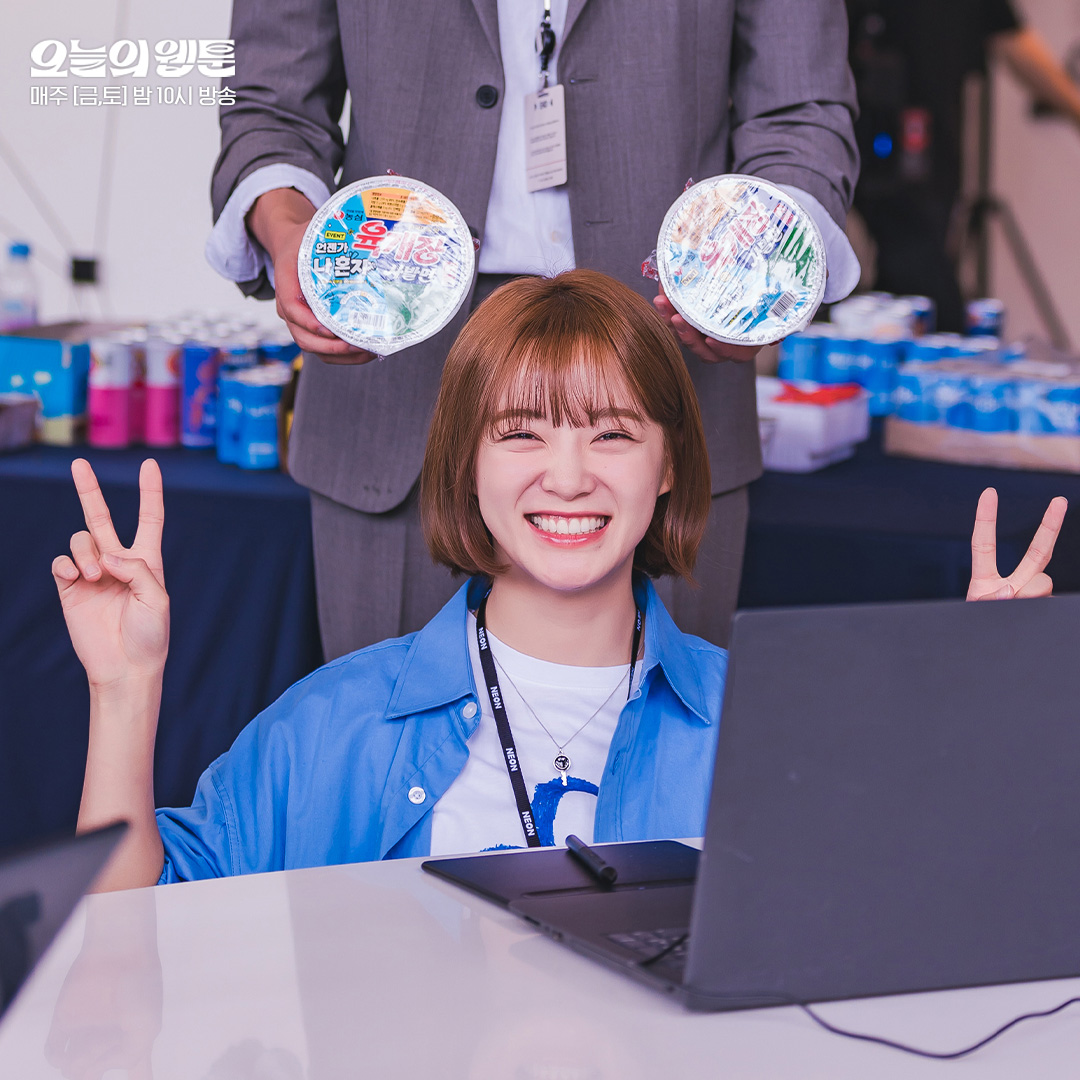 Kim Sejeong and Nam Yoon Su (playing Goo Joon Young), who play colleagues that started working at the editorial department at the same time, burst into laughter just by looking at each other’s faces. Kim Sejeong remarked, “Nam Yoon Su feels like a very bright and cute little brother to me. I find myself smiling when I’m with him.” Their chemistry is expected to shine even more in the upcoming episodes. It raises the anticipation of viewers for what kind of influence those two employees, who are leveling up in their careers day by day, will bring to the editorial department. 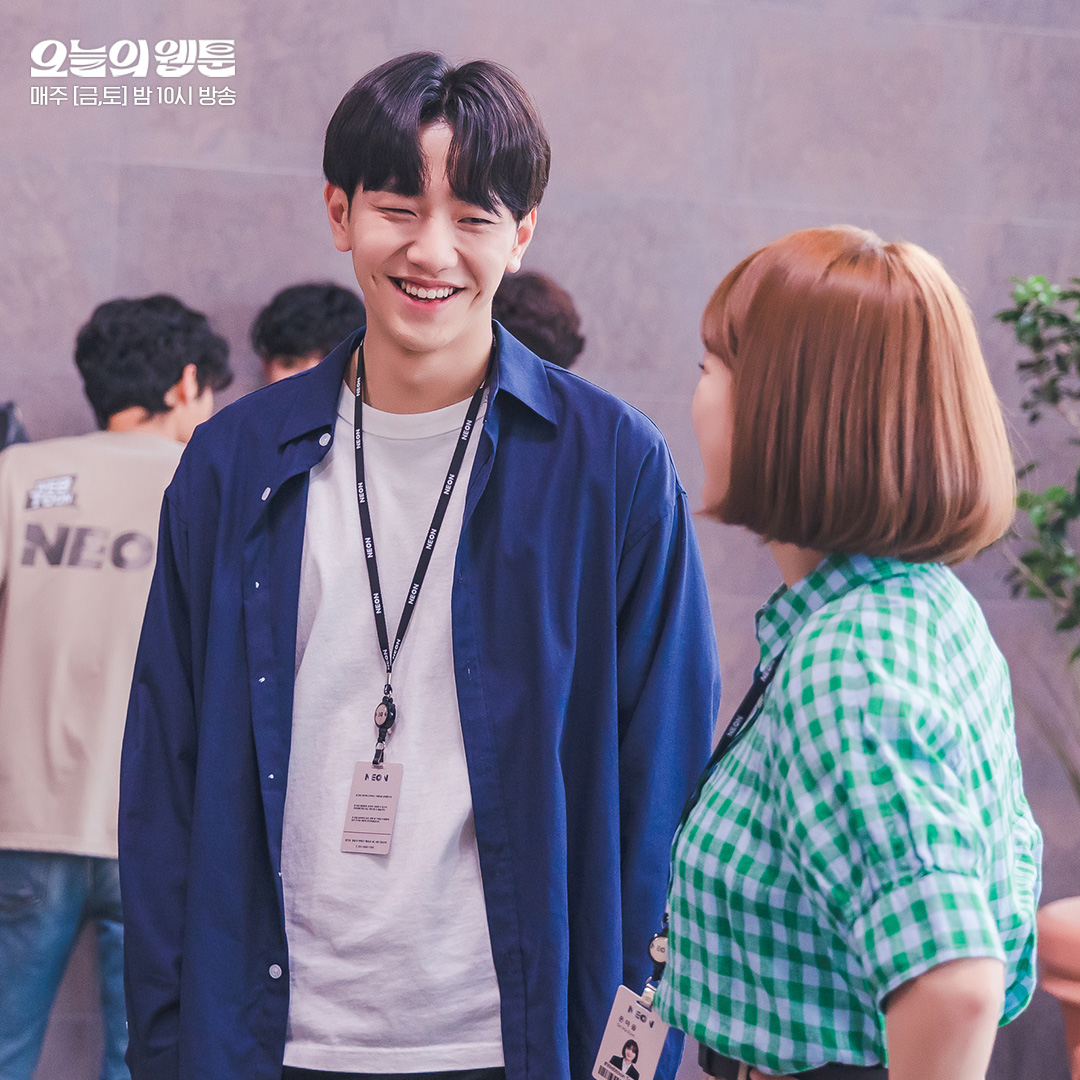 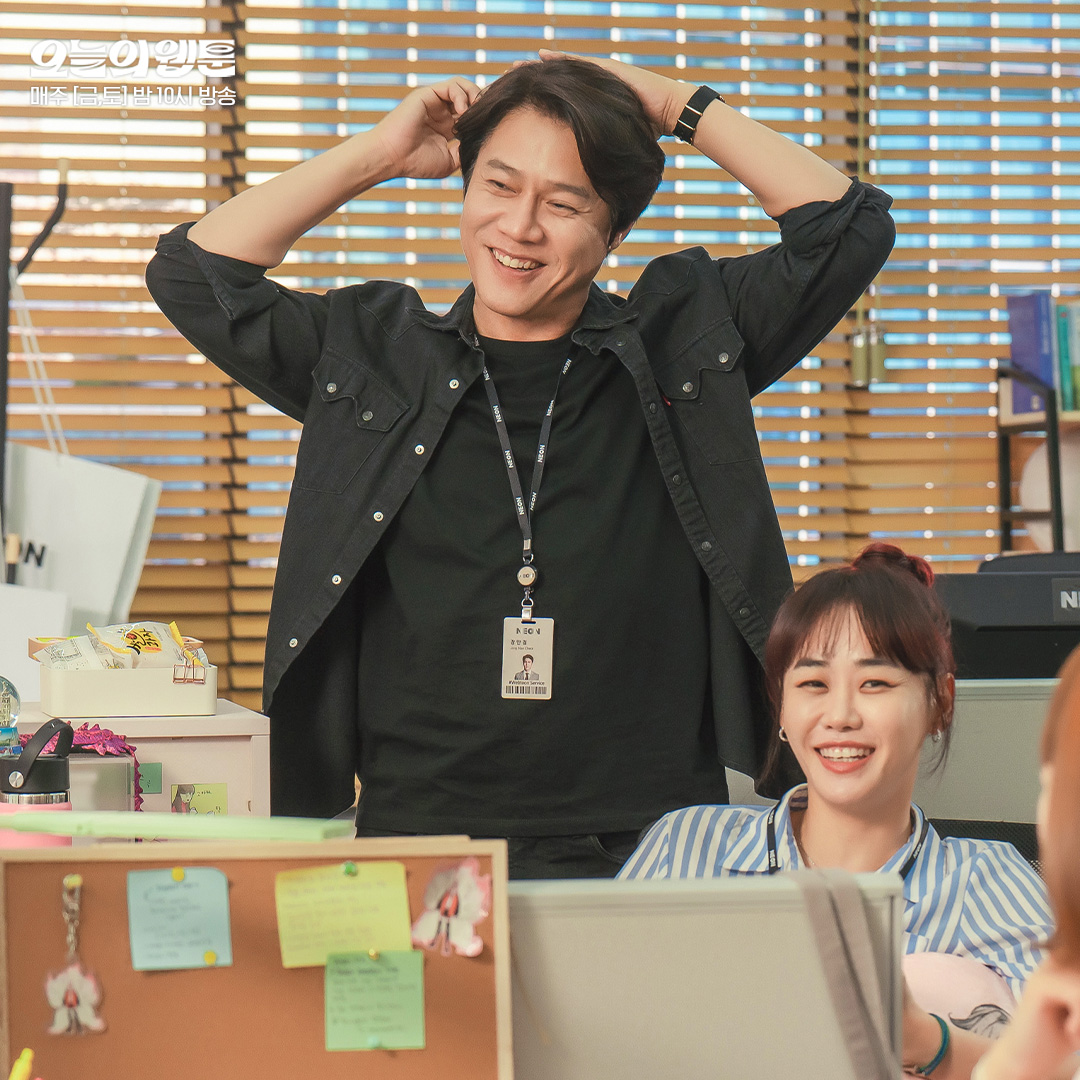 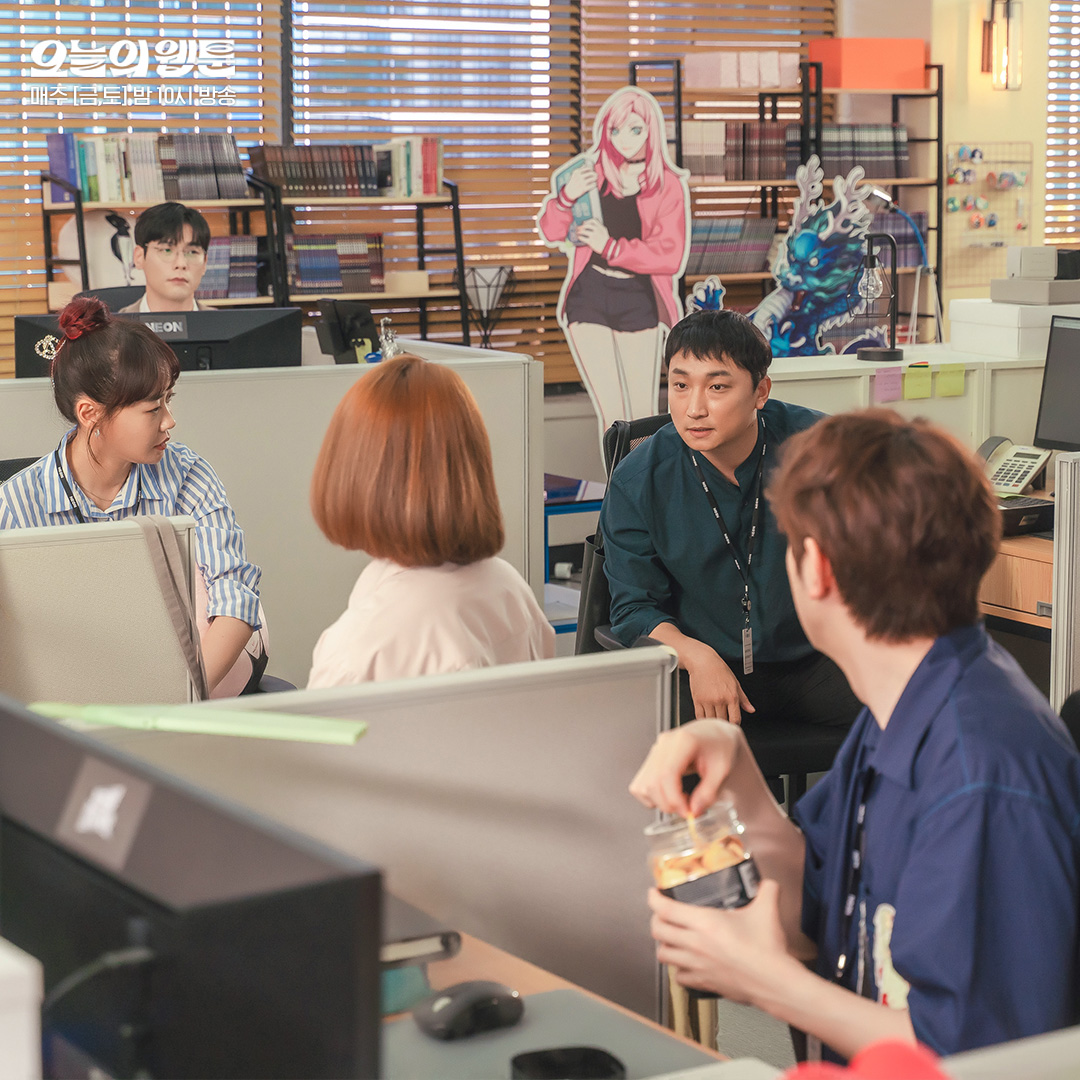 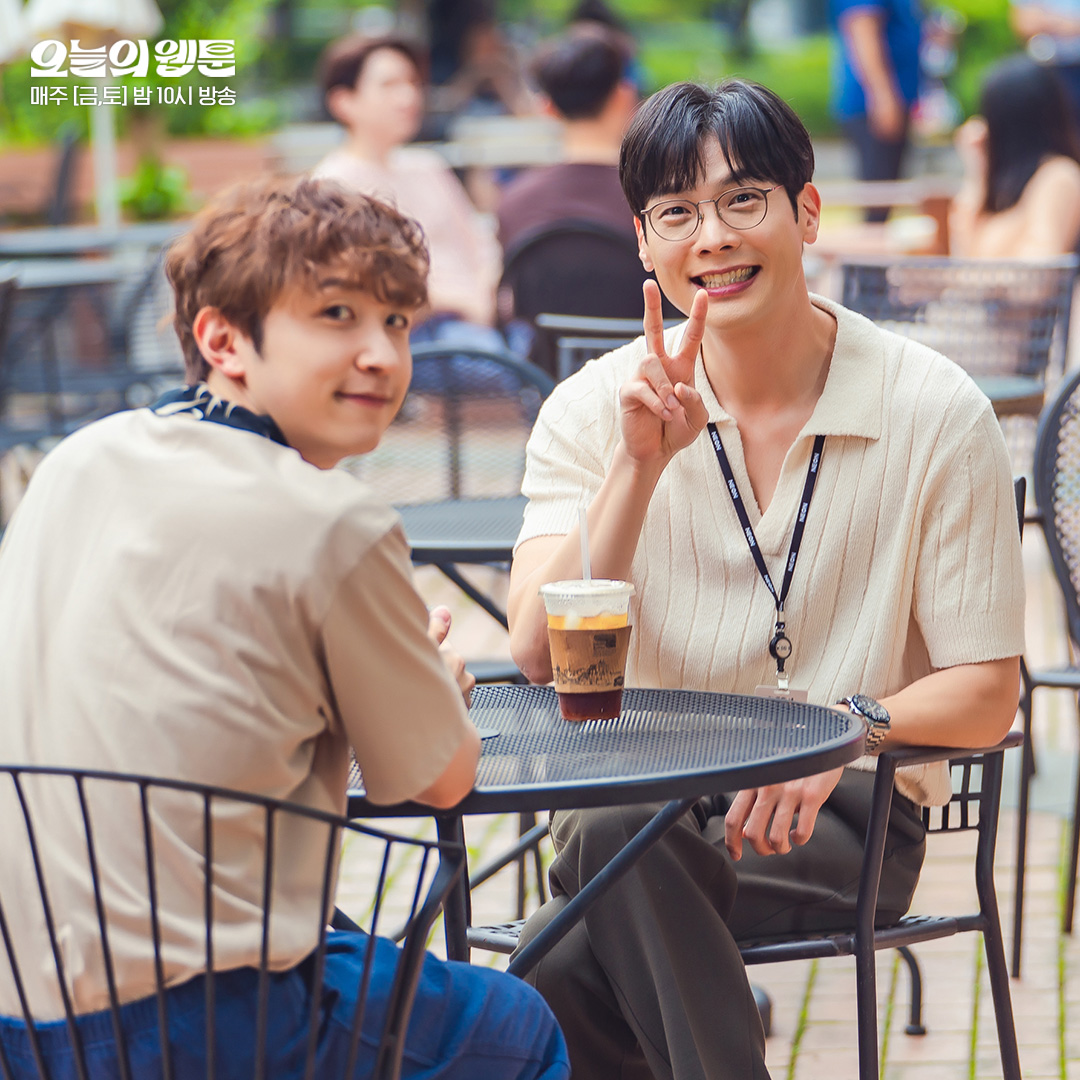 The production team remarked, “When the seven members of ‘Neonz’ gather in the editorial department office, it gets very lively, and laughter never leaves the filming site. They create an atmosphere that makes you want to work with them. This pleasant energy was also recorded on screen when filming, and I think the viewers could catch on to that.”

“Today’s Webtoon” airs every Friday and Saturday at 10 p.m. KST.

Check out the first episode with subtitles below: