KBS 2TV’s “Jinxed at First” has shared a suspenseful sneak peek of its upcoming episode!

Based on a webtoon called “The Jinx’s Lover,” “Jinxed at First” is a fantasy romance drama about what happens when a poor, unlucky man stumbles upon a goddess of fortune that was hidden away by a chaebol family. Na In Woo stars as the “jinxed” fish seller Gong Soo Kwang, while Girls’ Generation’s Seohyun plays Seul Bi, who has the special power of being able to see a person’s future when she touches them.

In the drama’s next episode, Seul Bi desperately attempts to save Gong Soo Kwang from the dark future she’s glimpsed by going on the counteroffensive against Sun Dong Shik (Choi Jung Woo).

Newly released stills from the episode capture a climactic encounter between the three characters, with Sun Dong Shik ominously bathed in a chilling blue light as he holds a gun to his own temple.

While Gong Soo Kwang wears a shocked expression of alarm, Seul Bi remains calm and focused as she uses her powers to the best of her ability in order to protect him. 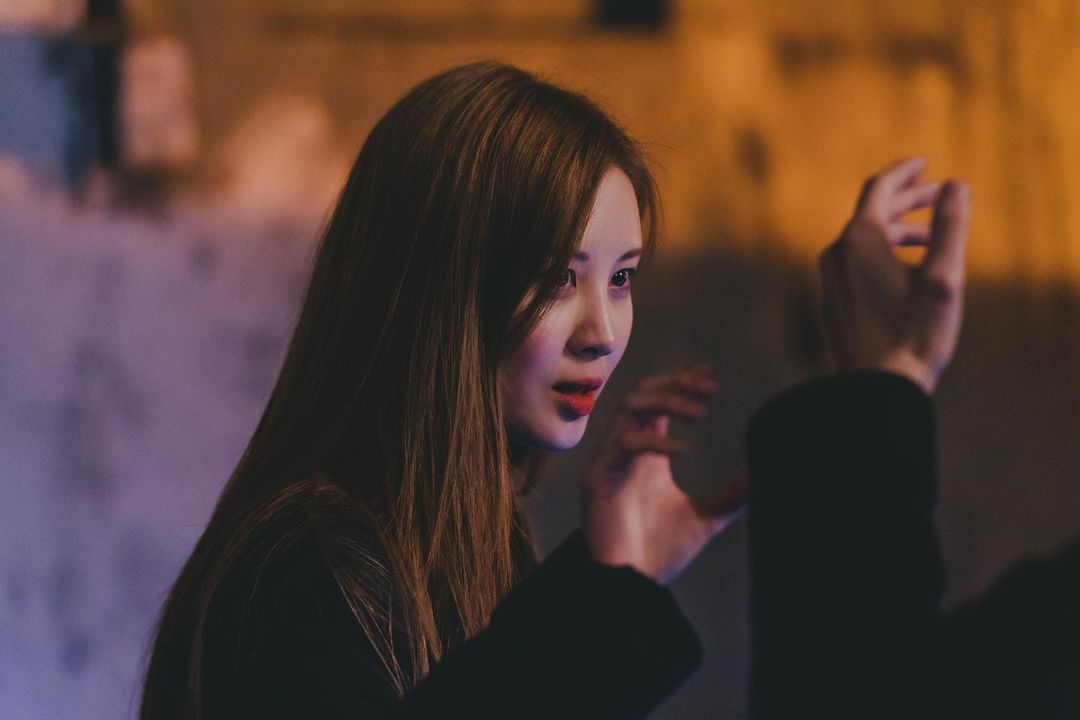 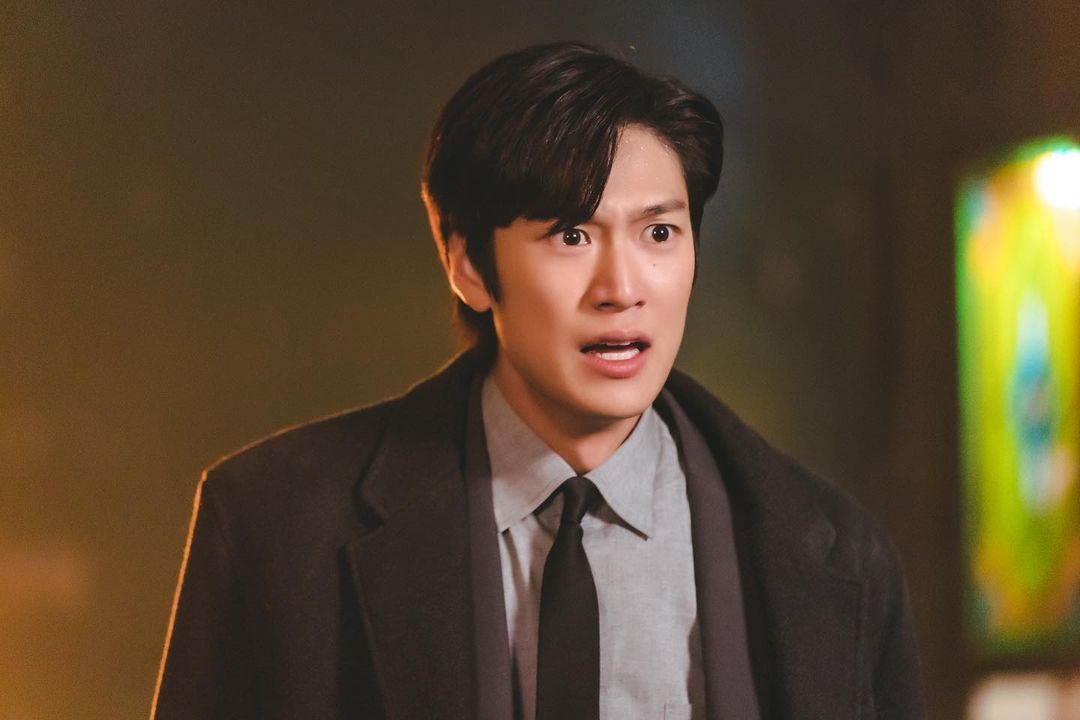 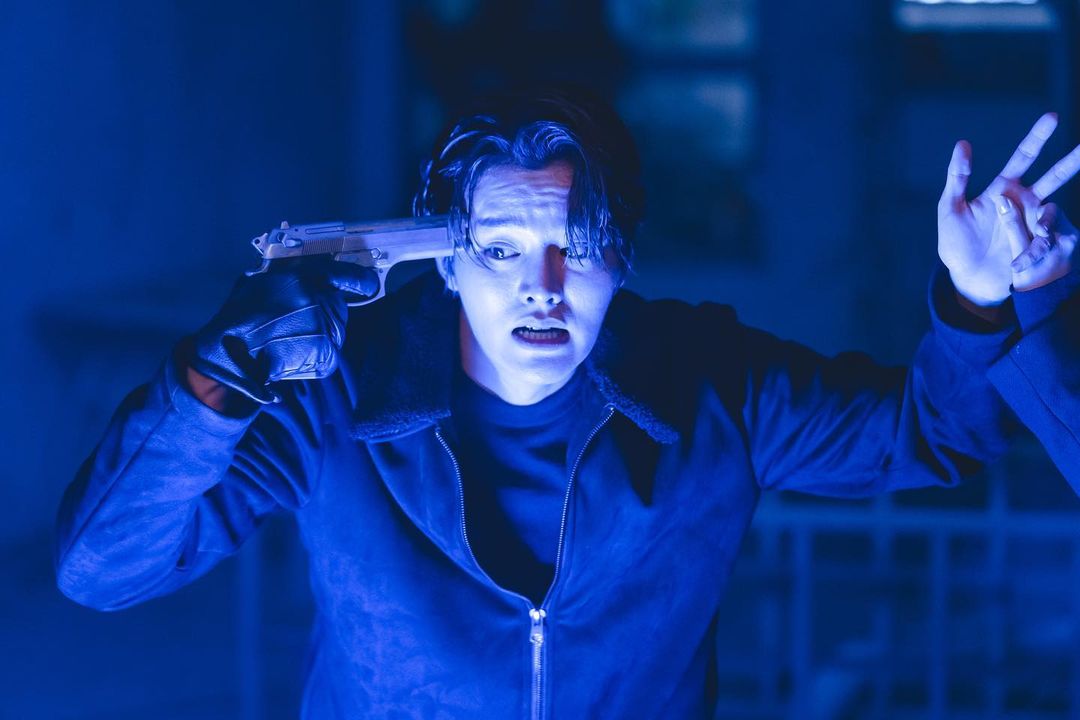 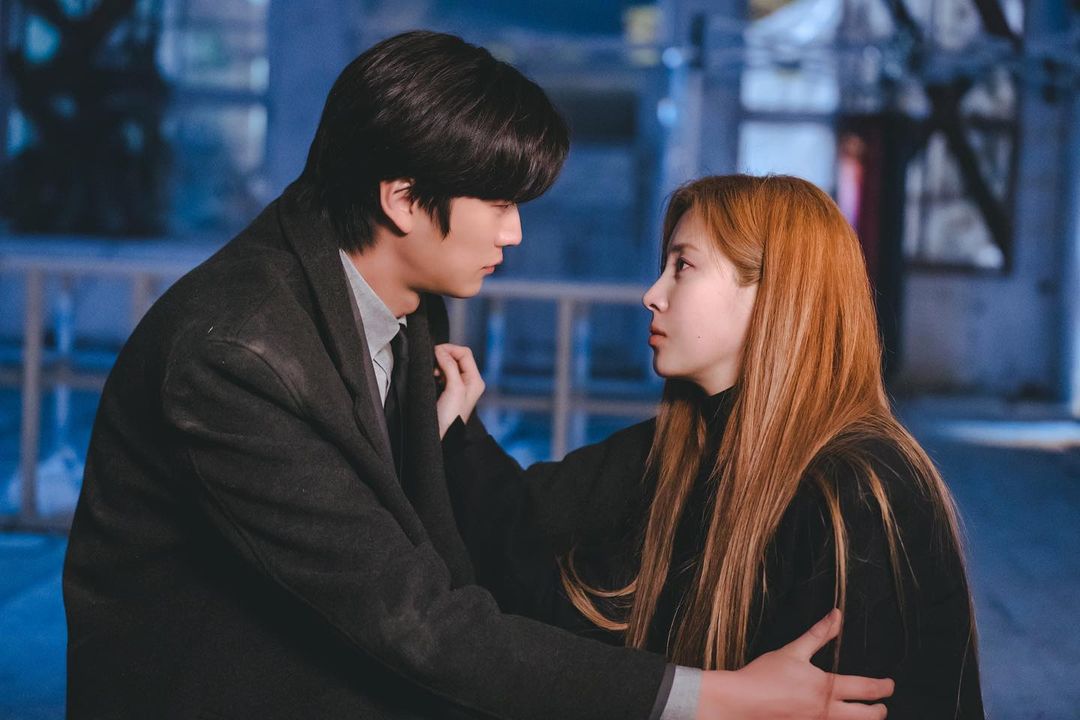 To find out if Seul Bi will be able to stop Gong Soo Kwang from being shot, as he was in her vision—and why Sun Dong Shik is aiming his gun at himself instead of at Gong Soo Kwang—tune in to the next episode of “Jinxed at First” on August 3 at 9:50 p.m. KST!

Girls' Generation
Choi Jung Woo
Seohyun
Na In Woo
Jinxed at First
How does this article make you feel?