Previously on “Extraordinary Attorney Woo,” Woo Young Woo dealt with the case of a winning lottery ticket that was purchased using gambling funds. She was firmly against the client’s wishes to use illegal means to win the case, but she eventually bent the rules in order to protect justice and the truth.

Not only that, Woo Young Woo’s relationship with Lee Joon Ho (Kang Tae Oh) grew deeper, and she straightforwardly told him how she felt about him. In turn, Lee Joon Ho offered to be her “hug chair” whenever she was in distress, and they also shared another kiss, which Woo Young Woo’s father Woo Gwang Ho (Jeon Bae Soo) happened to witness.

The newly released photos offer a preview of Woo Young Woo and Lee Joon Ho’s “extraordinary” dates. Previously, she handed him a list of things she wanted to do with him, and it looks like they’re about to fulfill some of those plans in the next episode. First, the two are spotted at a protest to liberate aquarium dolphins. They evoke laughter with their matching dolphin hats, and Lee Joon Ho clearly looks awkward as he glances at Woo Young Woo. The couple also go on a jogging date, and Lee Joon Ho is bewildered to see her brightly running towards him with a huge basket on her back.

More photos depict the next case Hanbada attorneys will get involved in. The opposing lawyer is Ryu Jae Sook (Lee Bong Ryun), who emits an unusual presence. The way she loudly and confidently changes the flow of the court battle causes Woo Young Woo, Jung Myung Seok (Kang Ki Young), and Choi Su Yeon (Ha Yun Kyung) to go into panic mode. Jung Myung Seok and Choi Su Yeon are flustered by the turn of events, and Woo Young Woo is befuddled. However, Kwon Min Woo (Joo Jong Hyuk) remains silent as he looks somewhere else, raising questions about what’s going through his devilish mind. 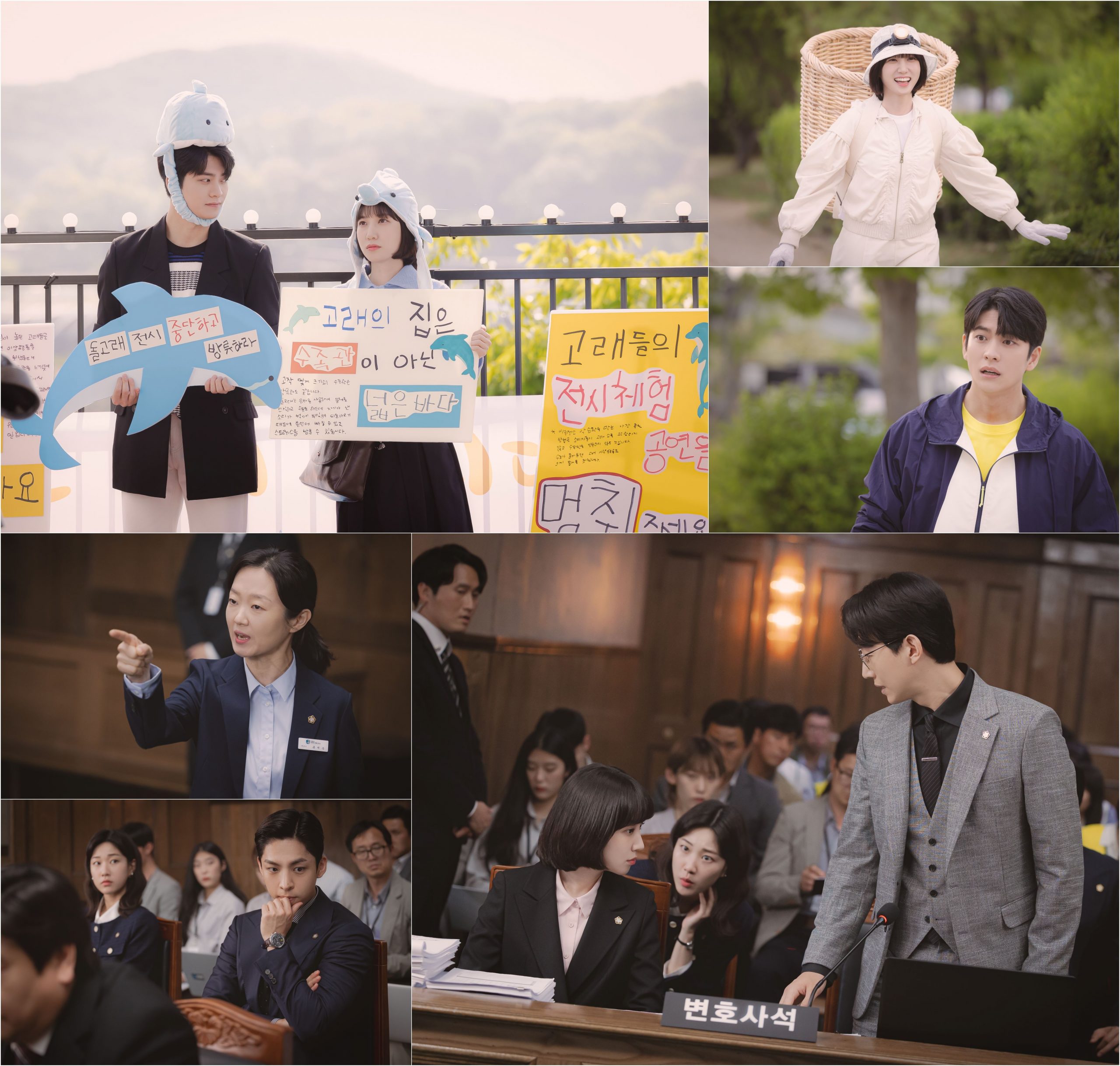 The drama’s producers hinted, “Woo Young Woo will face a moment when she ponders about what social justice is through lawyer Ryu Jae Sook, [a new kind of attorney] she’s never seen before. It will be a time to find answers to questions about responsibility and roles as a lawyer with Woo Young Woo.”

Episode 12 of “Extraordinary Attorney Woo” will air on August 4 at 9 p.m. KST.

In the meantime, watch Park Eun Bin in “The Ghost Detective” below: