BTS’s Jungkook made a sweet show of support in honor of his friend Yeo Jin Goo’s birthday!

On August 7, Yeo Jin Goo took to Instagram to reveal that Jungkook had thoughtfully sent a coffee truck to the set of his upcoming film “Ditto.” The truck—and its coffee cups—also came emblazoned with cute messages affectionately showing Jungkook’s love for Yeo Jin Goo.

In the photos posted by Yeo Jin Goo, the banner at the top of the truck reads, “Wishing actor Yeo Jin Goo a happy early birthday, and cheering on the cast and crew of ‘Ditto’! From BTS’s Jungkook.”

Finally, the stickers on the cup sleeves feature a play on words using the title of the film (which literally translates to “agree” or “agreed” in Korean). The message on the stickers reads, “Jin Goo, your face has the power to move people. Agreed? Yep, agreed.”

In his post, Yeo Jin Goo returned the love by writing, “Jungkook, your face and vocal tone and dancing and support have the power to move people. Agreed? Yep, agreed. Thank you, Koooooooook!!!!”

Check out all of Yeo Jin Goo’s photos of the truck sent by Jungkook below! 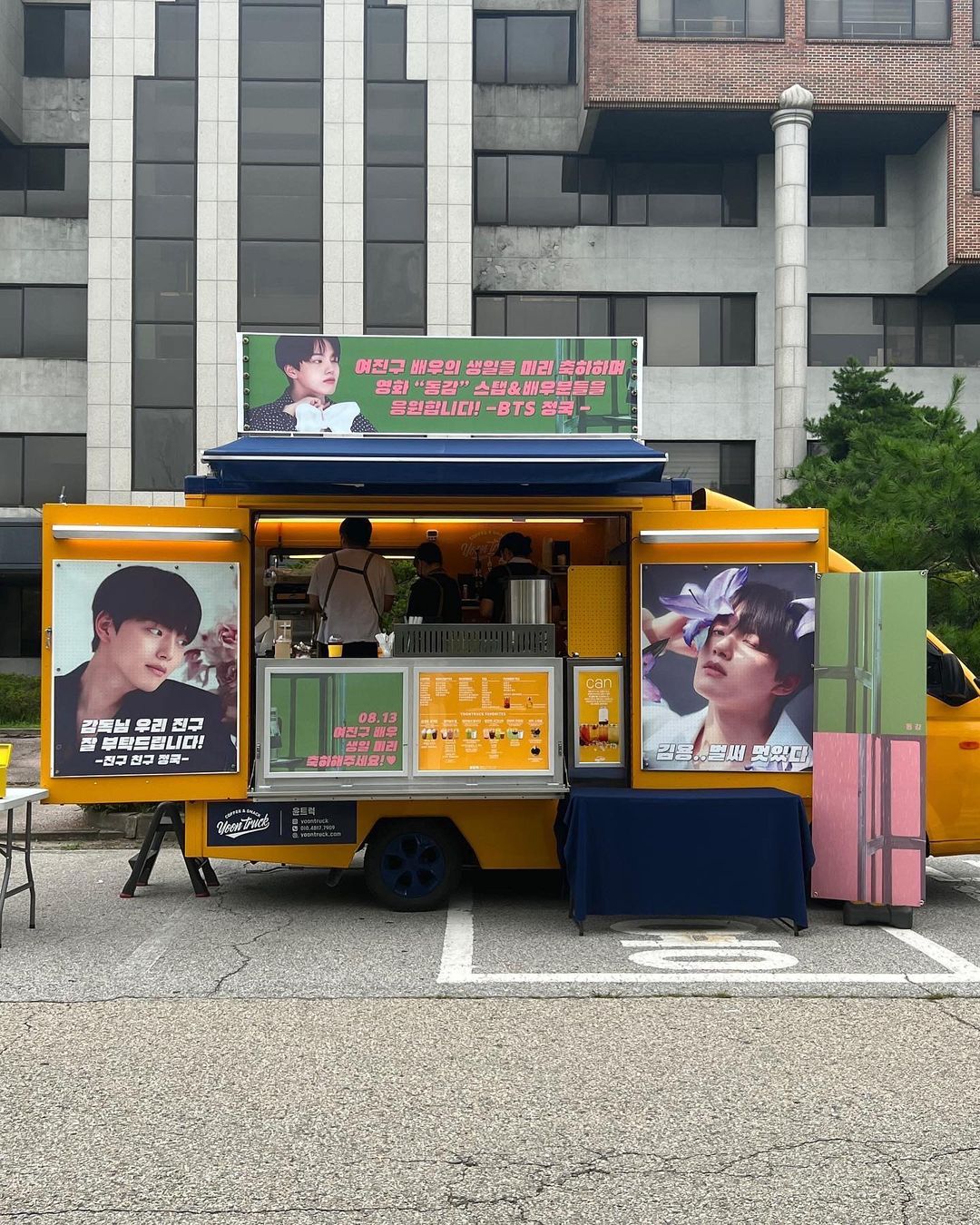 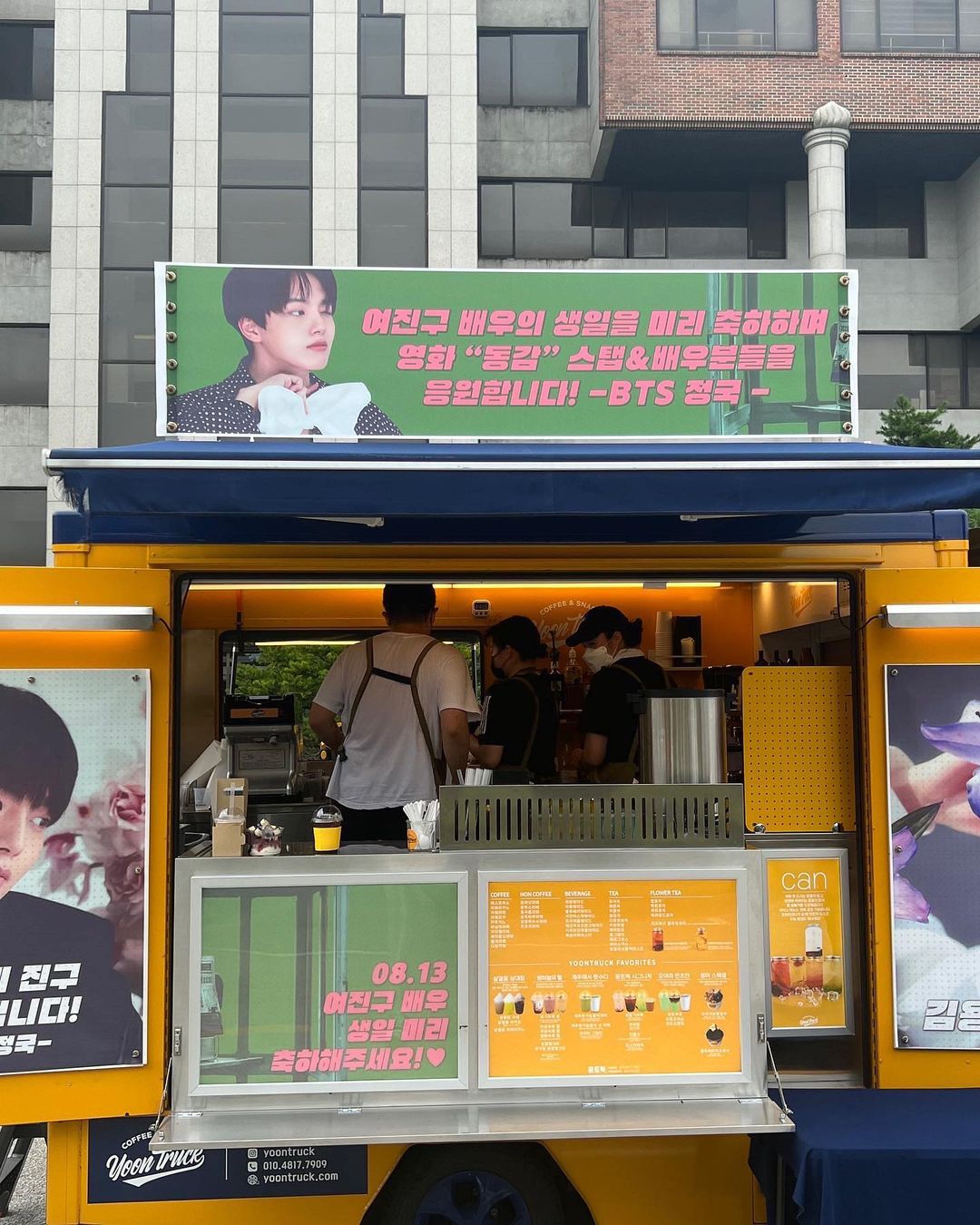 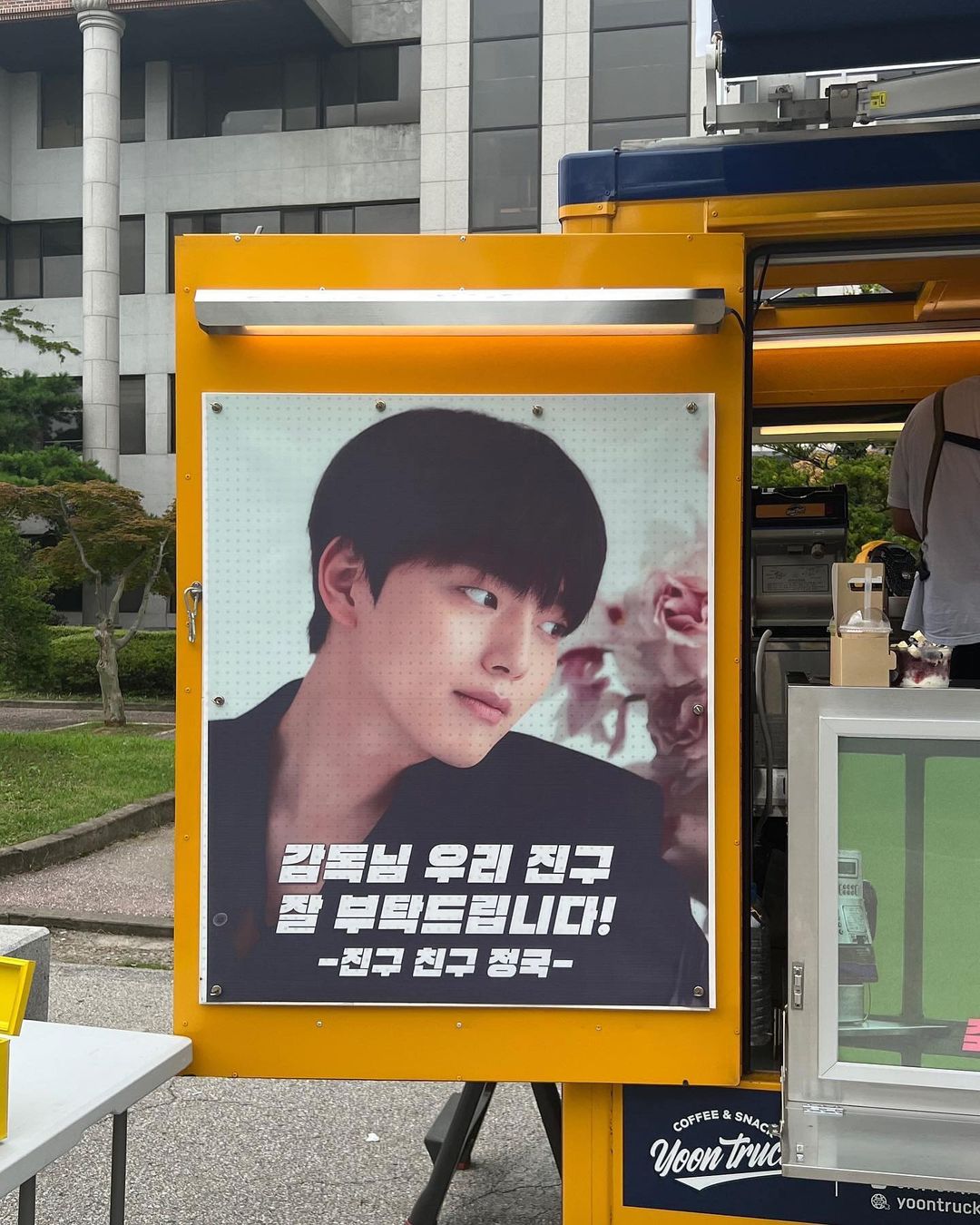 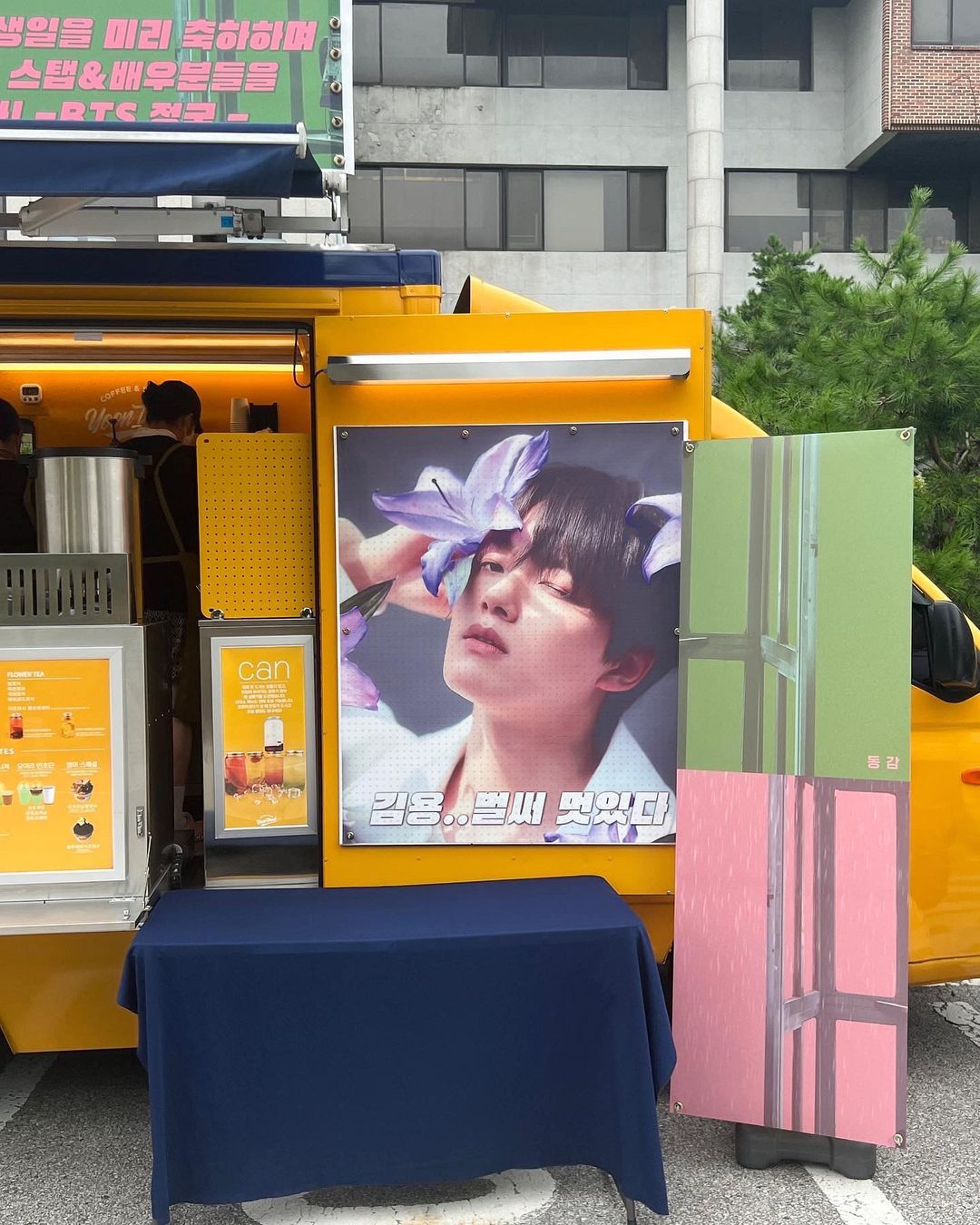 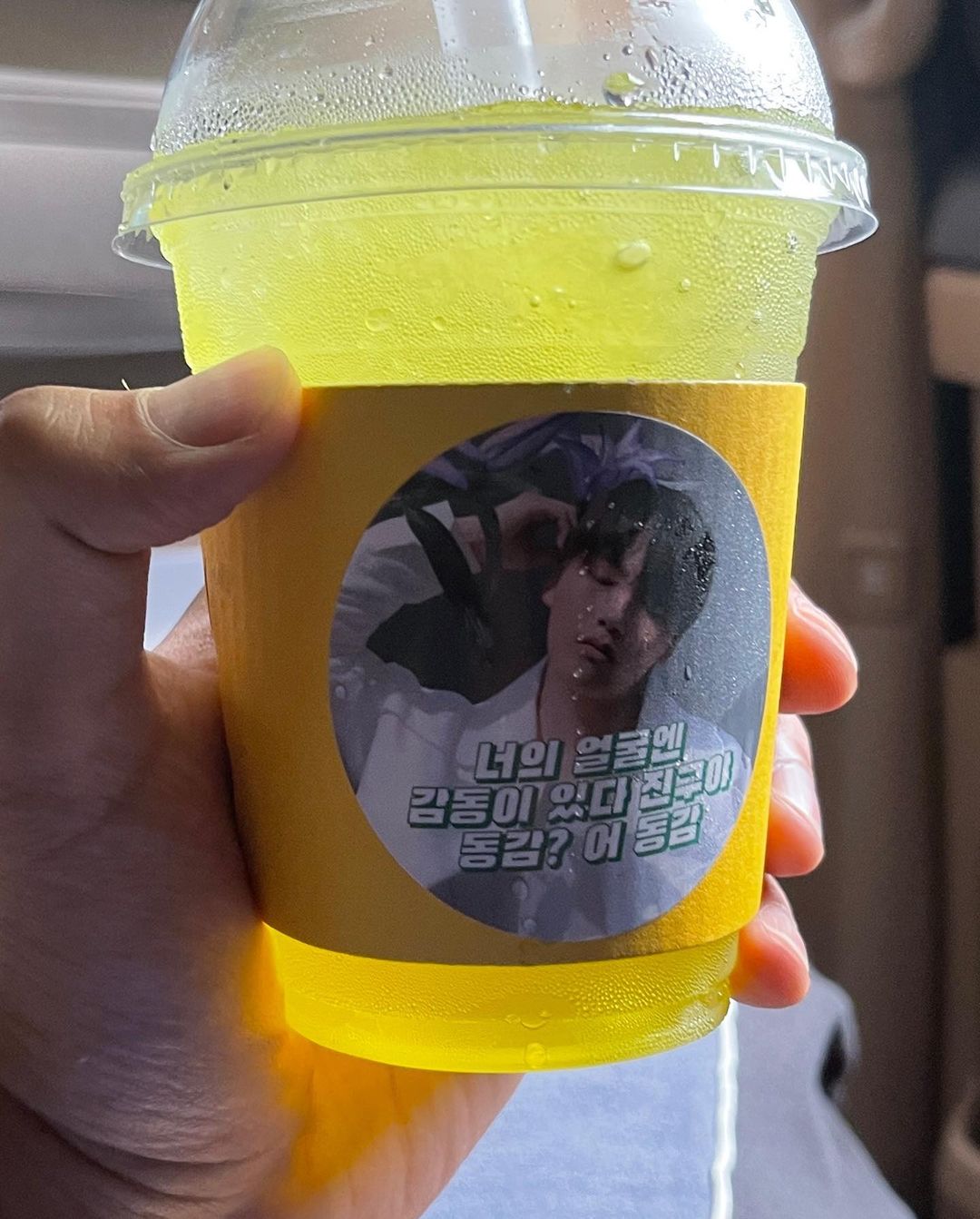 A remake of the 2000 film of the same name, “Ditto” will tell the story of a man and a woman from different time periods who somehow find themselves conversing through walkie-talkies. In addition to Yeo Jin Goo, the upcoming remake will also star Cho Yi Hyun, Kim Hye Yoon, Na In Woo, and Bae In Hyuk.

Watch Yeo Jin Goo in “Beyond Evil” with subtitles below!

BTS
Jungkook
Yeo Jin Goo
How does this article make you feel?