“If You Wish Upon Me” has teased the intense first meeting between Ji Chang Wook and Won Ji An!

KBS 2TV’s “If You Wish Upon Me” is a new drama inspired by a real organization in the Netherlands that fulfills the wishes of terminal cancer patients. Ji Chang Wook will star as Yoon Gyeo Re, a man who has been pushed to his limits by a difficult life full of struggles. However, when Yoon Gyeo Re winds up having to volunteer at a hospice, he finds his life changing in unexpected ways while helping to make the patients’ wishes come true.

Won Ji An plays Ha Jun Kyung, the human embodiment of a black swan. Having been abandoned by her parents, she grows up to be a person rooted in death and despair.

The newly released stills of Yoon Gyeo Re and Ha Jun Kyung have an uneasy vibe to them, leaving viewers with even more questions.

In a closed-off room, Yoon Gyeo Re struggles in the corner while Ha Jun Kyung watches him with her eyes full of resentment. To make matters worse, Ha Jun Kyung is carrying a burning piece of paper as she gets closer and closer to Yoon Gyeo Re with the flame. 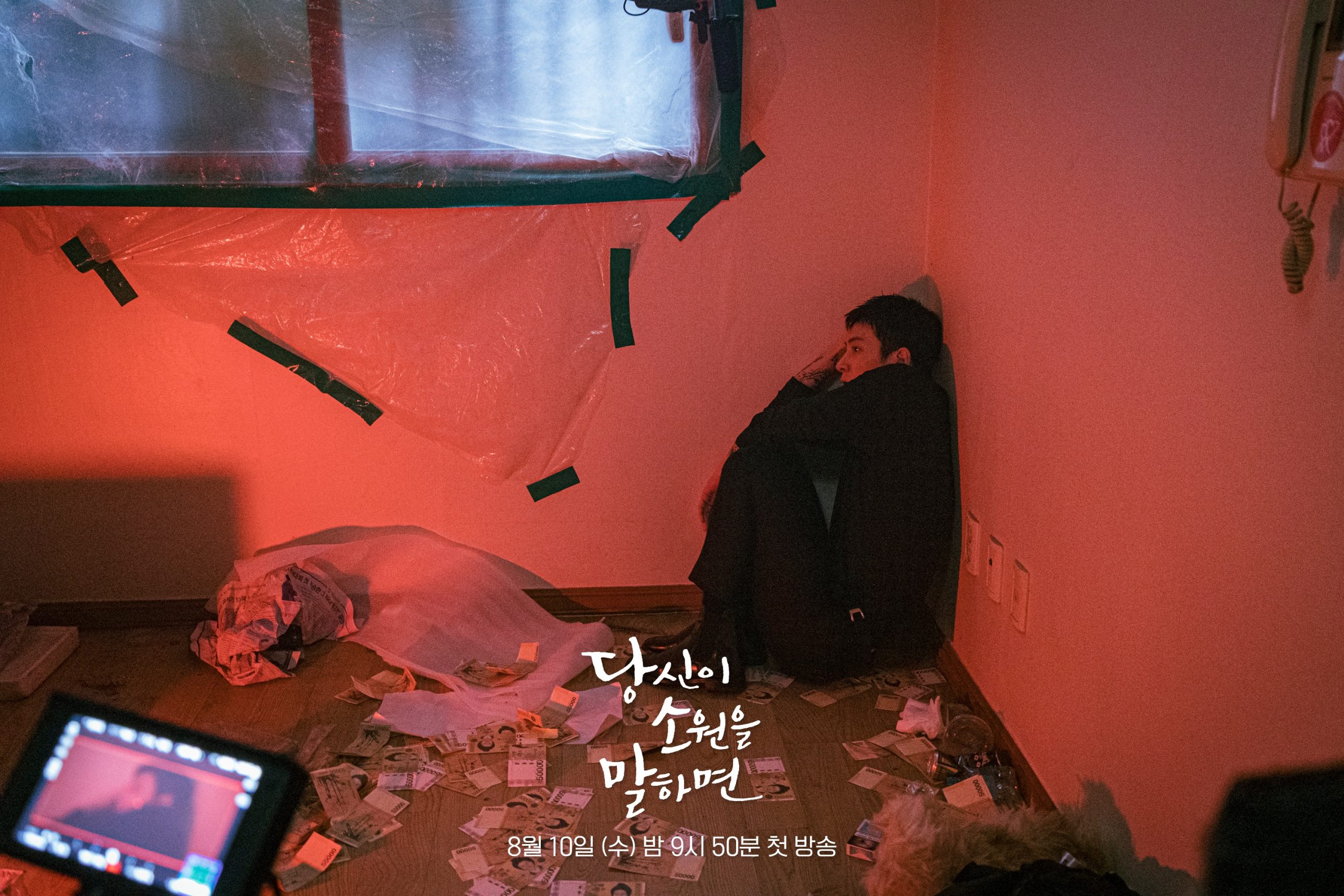 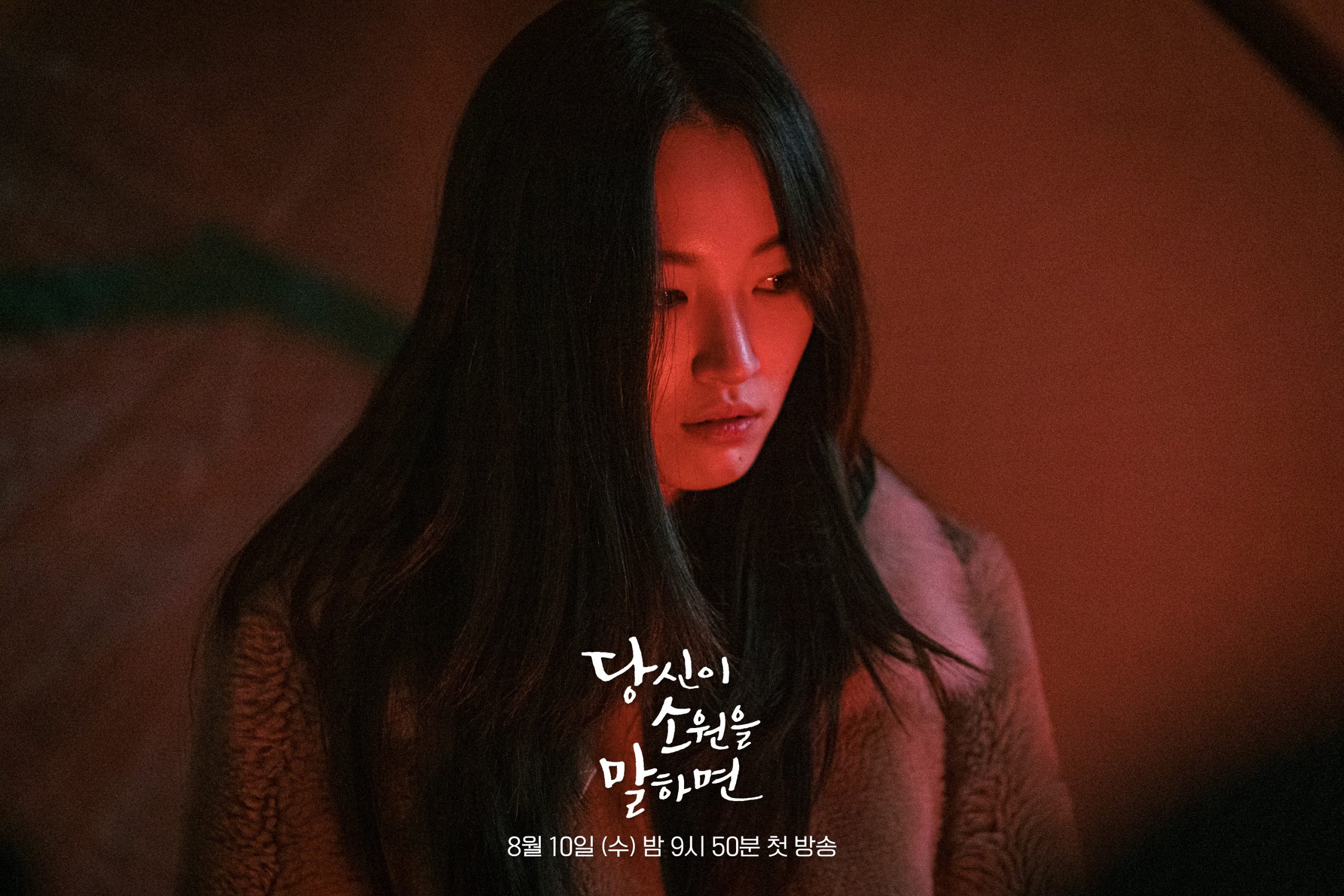 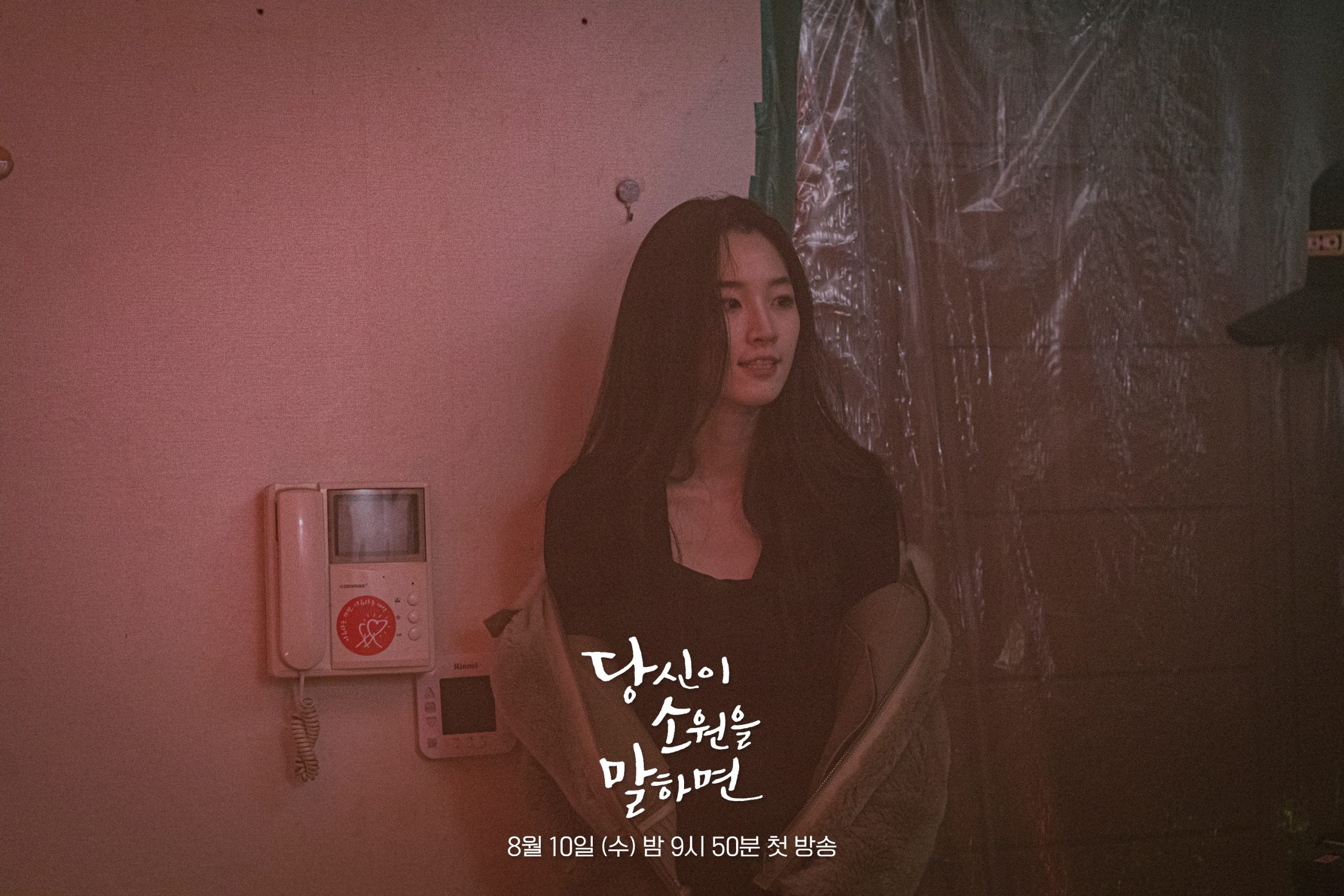 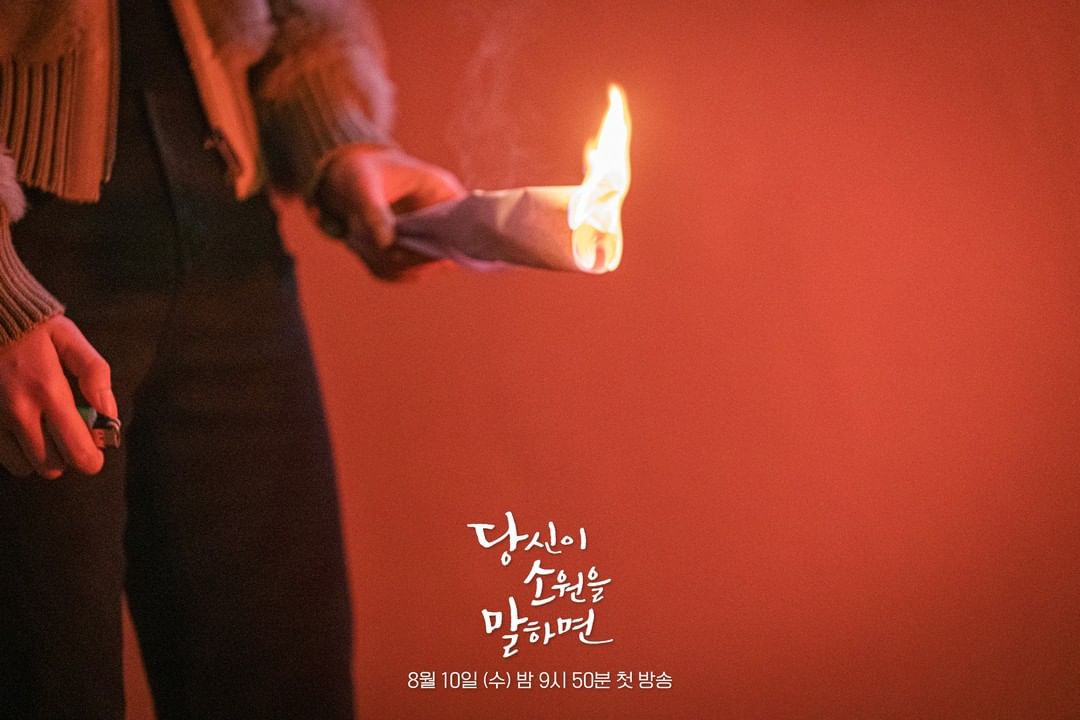 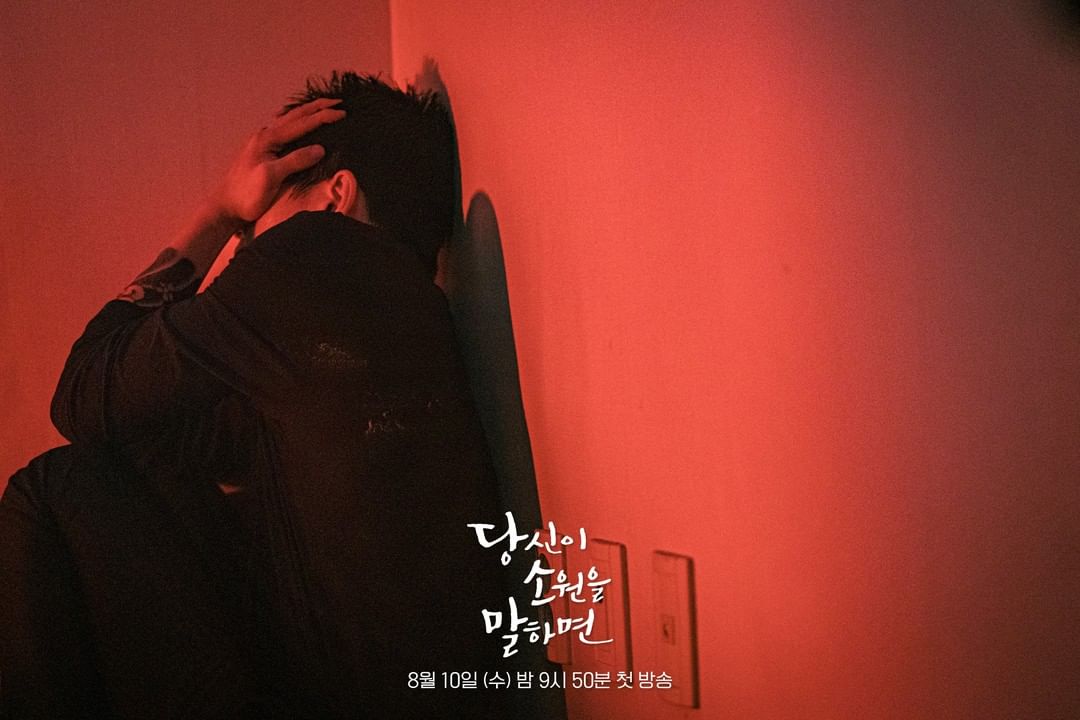 In the next photo, Yoon Gyeo Re exits from prison wearing an outfit that does not suit the hot summer weather. Yoon Gyeo Re also looks sad and lonely with not even a single family member outside to greet him. Could his prison visit be related to the incident with Ha Jun Kyung? 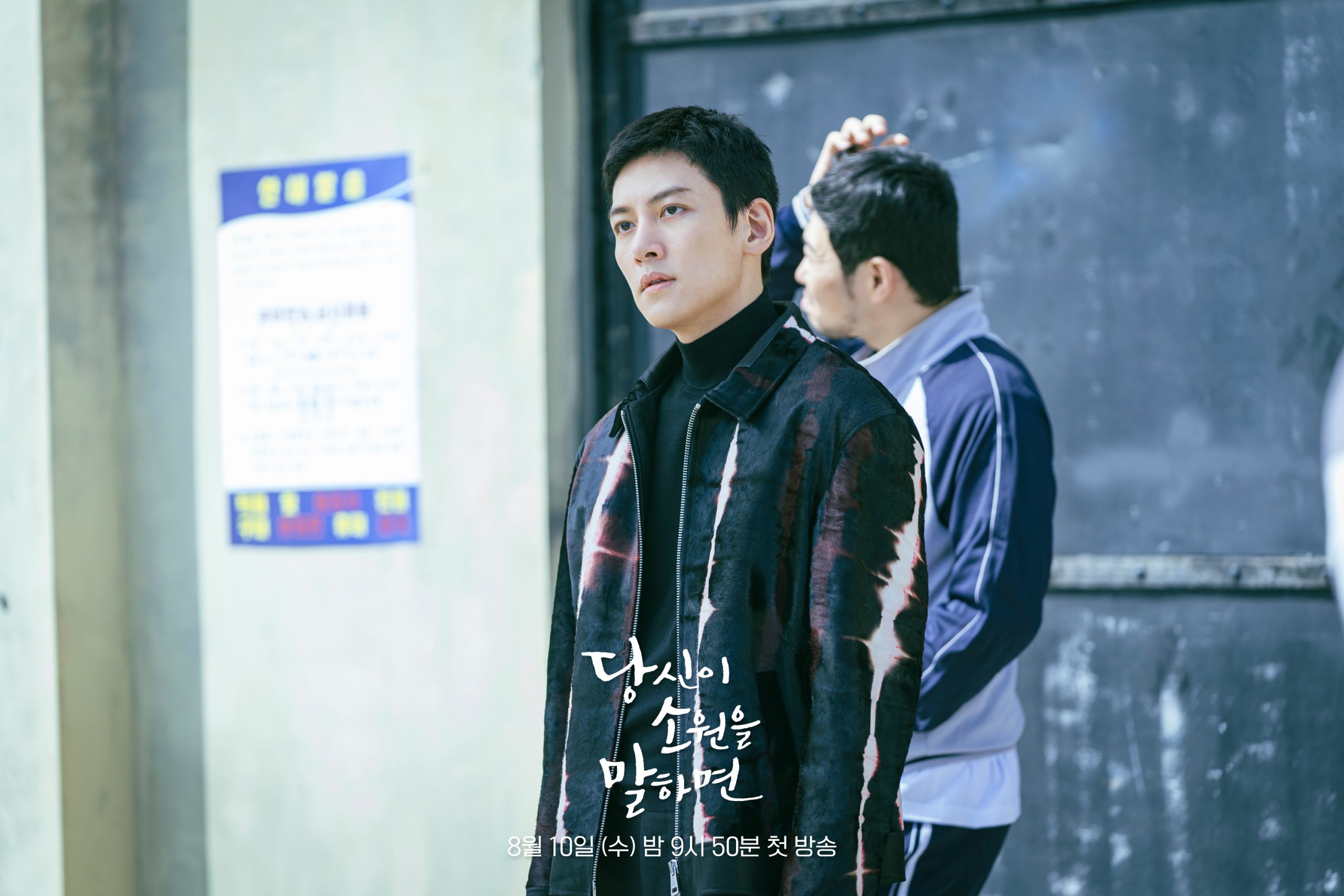 The producers of “If You Wish Upon Me” shared, “From the first episode, Ji Chang Wook and Won Ji An plan to captivate viewers in an instant as they draw out in detail the crisis faced by Yoon Gyeo Re and Ha Jun Kyung as well as their mental states. Additionally, along with their intense first meeting, Yoon Gyeo Re’s eventful life story will develop the plot to the point where you won’t know time is passing, so please look forward to it lots.”

In the meantime, watch Won Ji An in “Hope or Dope” below:

Ji Chang Wook
Won Ji An
If You Wish Upon Me
How does this article make you feel?