Ji Chang Wook, Girls’ Generation’s Sooyoung, Won Ji An, And Sung Dong Il On How “If You Wish Upon Me” Highlights The Best Of Humanity

On August 10, KBS2’s upcoming drama “If You Wish Upon Me” had an online press conference with director Kim Yong Wan and actors Ji Chang Wook, Girls’ Generation’s Sooyoung, Sung Dong Il, and Won Ji An. Sung Dong Il arrived late due to road blockages caused by heavy rain in Seoul and surrounding areas.

“If You Wish Upon Me” is a drama inspired by an actual organization in the Netherlands that fulfills the wishes of terminal cancer patients. A touching story will unfold as a young man who has been pushed to his limits by a life full of struggles joins the staff at a hospice in fulfilling the last wishes of people in the final stretches of their lives.

Director Kim Yong Wan expressed his satisfaction with the starring cast, saying, “Ji Chang Wook, Sung Dong Il, Choi Sooyoung, and Won Ji An all got along from the moment they met, as if they’d been good friends for 10 years. Naturally, the mood on set was great. I was just thankful that they took part in this sincere drama.” 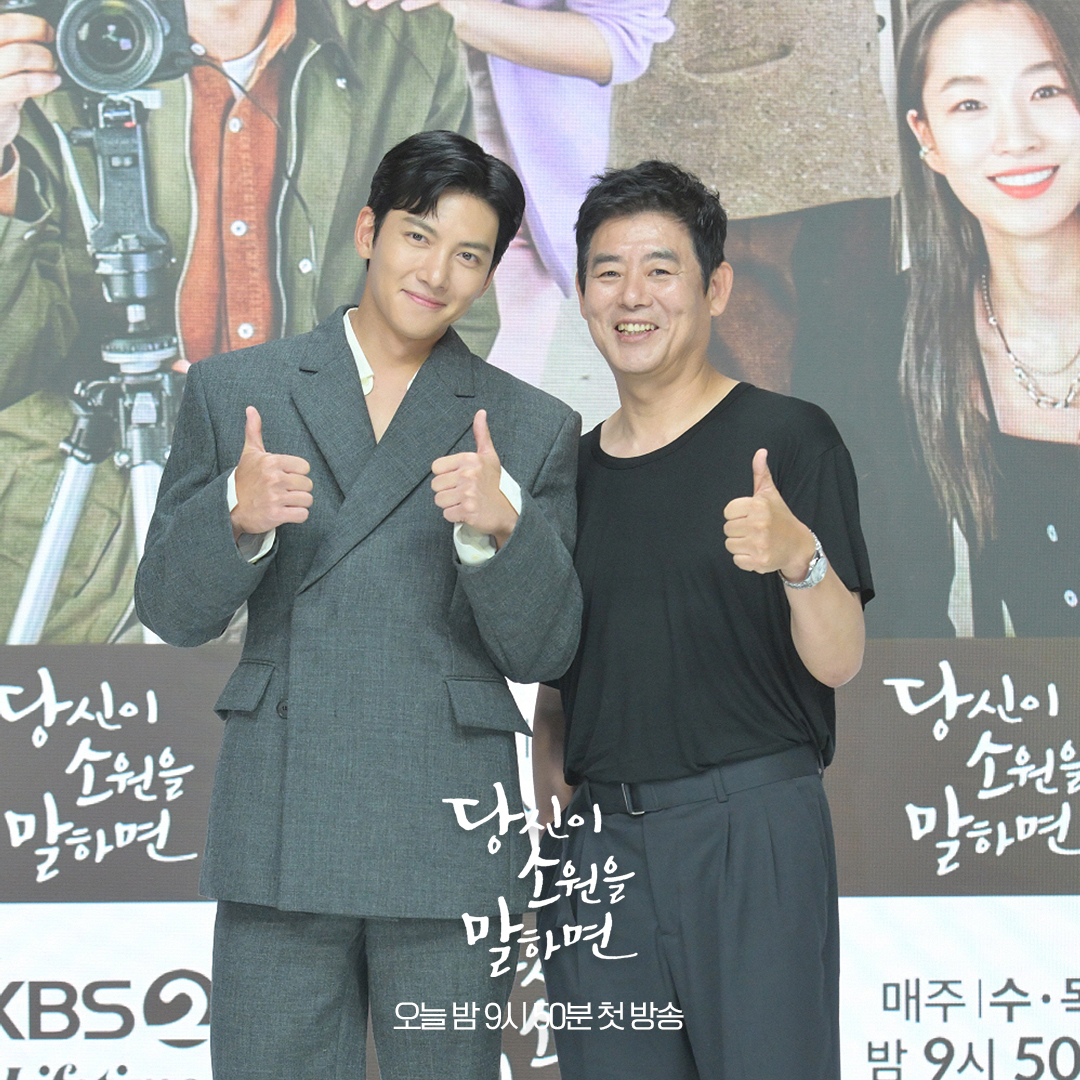 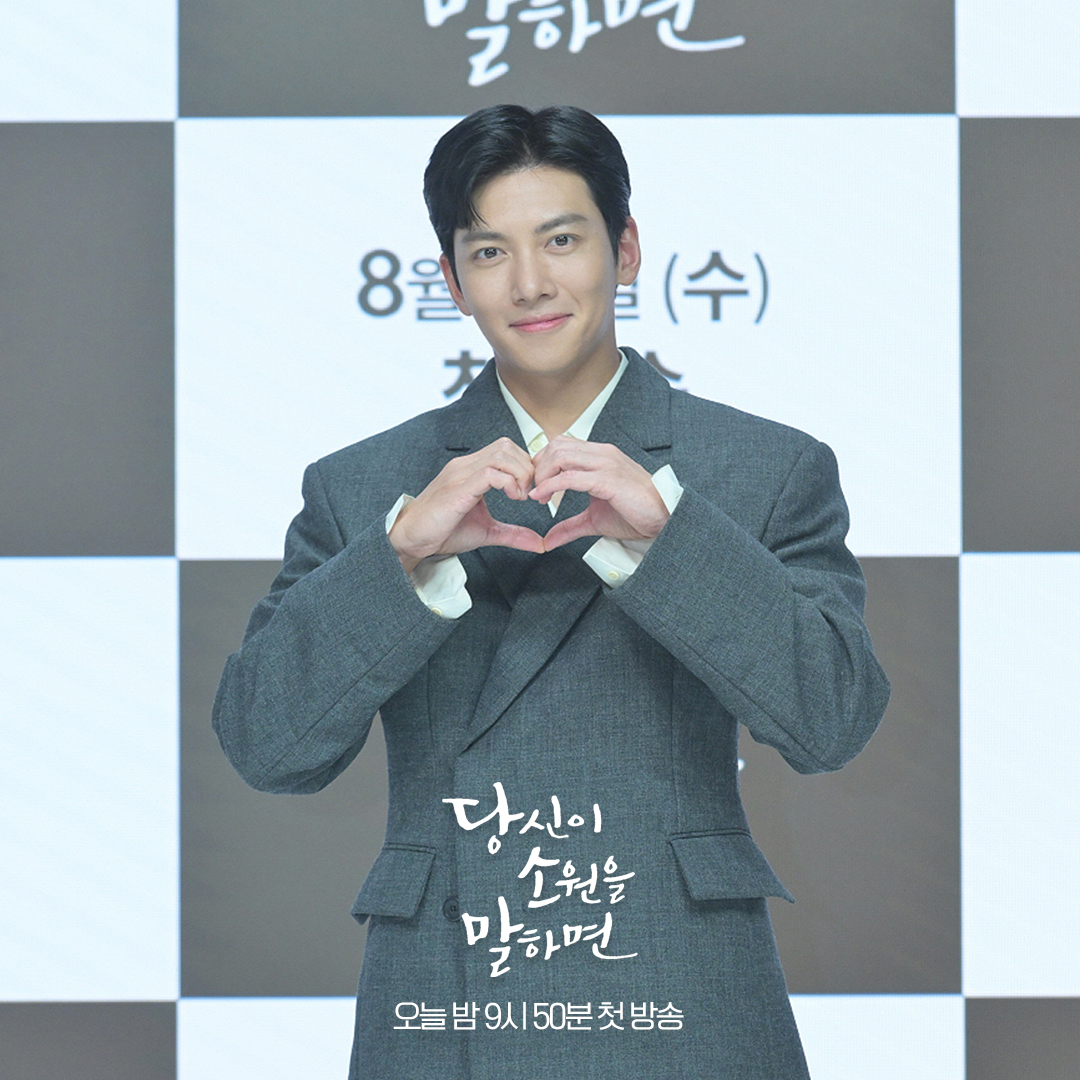 Ji Chang Wook will star in the drama as Yoon Gyeo Re, who is just barely holding on with no desire or motivation to live. At the hospice, his character works alongside Kang Tae Shik, the leader of “Team Genie” (played by Sung Dong Il).

Ji Chang Wook commented, “I’m back at KBS seven years after ‘Healer.’ I debuted at KBS, so it’s kind of like my hometown. It’s a new type of feeling. The script was one that made me think a lot. I started getting an urge to portray this ‘Yoon Gyeo Re’ character well.”

He continued, “I especially contemplated the process of how Yoon Gyeo Re would open his heart to others and get closer to them. It wasn’t easy, but I learned a lot from my fellow co-stars and staff members, and I had fun during filming.” 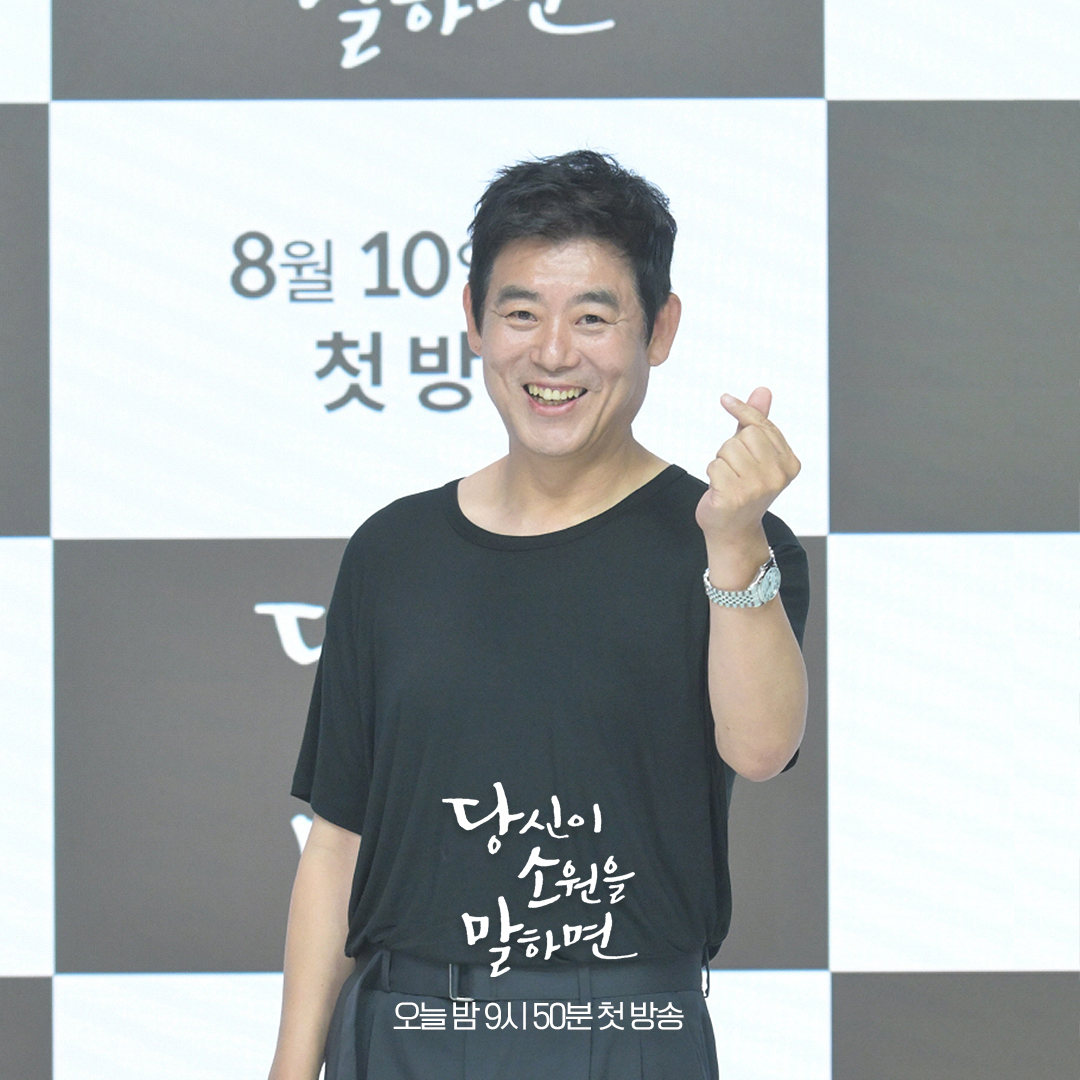 Sung Dong Il shared, “I got to reunite with director Kim Yong Wan after working together on the drama ‘The Cursed.’ I gladly decided to join the cast because it doesn’t have any action scenes, which I dislike the most, and I get just enough screen time. The drama was made for me. It’s one that I can start at my age. My age right now is the time to start paying attention to the people around me other than myself and my family. ‘If You Wish Upon Me’ has the cast members taking interest in a wide variety of narratives.”

Director Kim Yong Wan added, “Sung Dong Il’s character in ‘The Cursed’ was heinous, but he is so in sync with his character in ‘If You Wish Upon Me.’ Maybe it’s because we worked together before, but we focused on and pondered the same things [while filming this drama].” 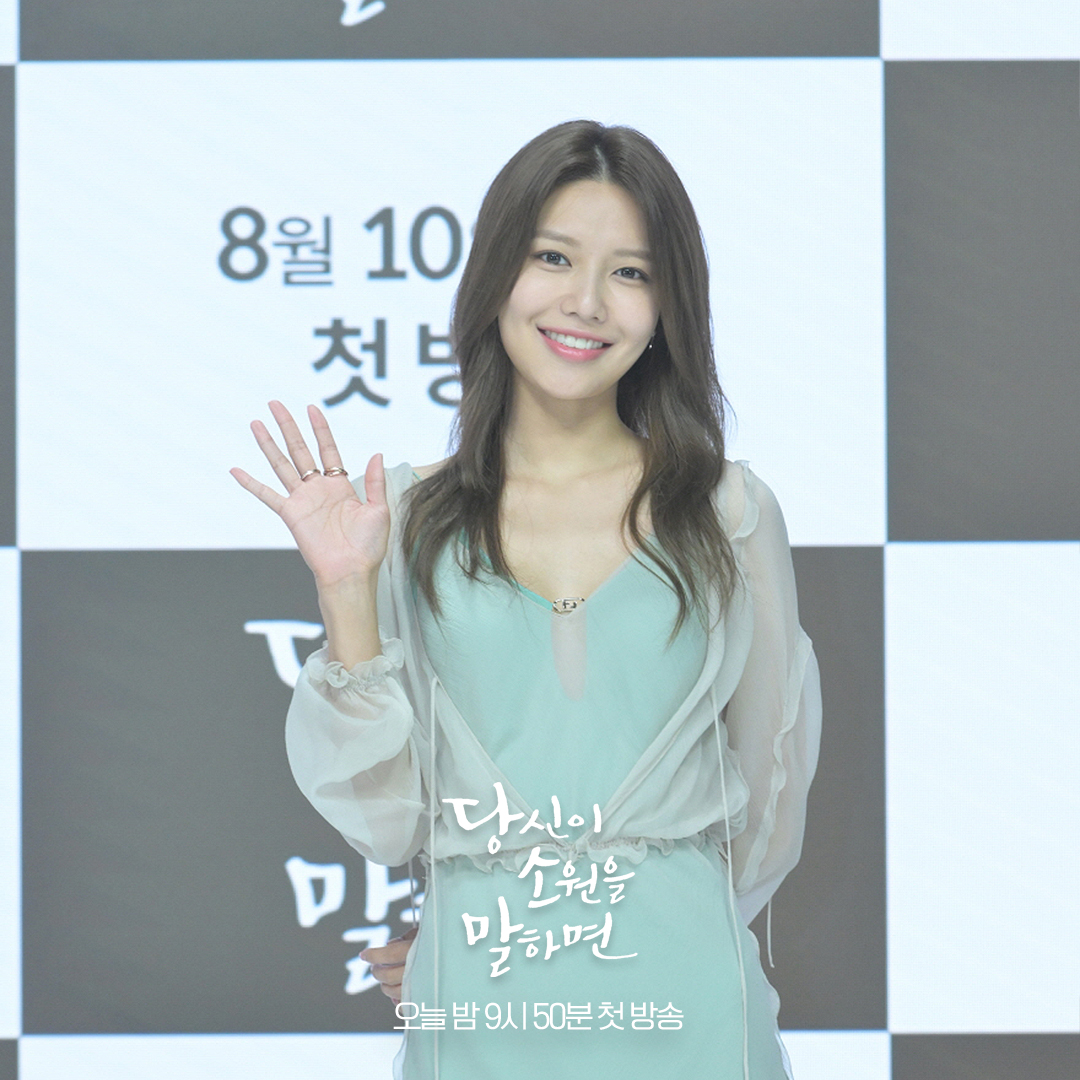 Sooyoung will take on the role of Seo Yeon Joo, who spreads hope to everyone at the hospice and approaches Yoon Gyeo Re with an optimistic attitude.

Sooyoung said, “I liked the character of Seo Yeon Joo as she was depicted in the script, because she was healthy. I was looking for a project where the ensemble plays an important role, and that’s when I came upon ‘If You Wish Upon Me.’ Plus, Ji Chang Wook and Sung Dong Il had been confirmed for the series, so I also decided to join the cast with no hesitation.”

She added, “I watched many documentaries about nurses working in hospices. I realized there wasn’t that much they could do—less than you’d expect. Rather than trying to extend patients’ lives through medical measures, they took care of patients with a focus on managing their mental well-being and emotions. At first, I worried about things like how to administer shots [convincingly], but my perspective eventually shifted. I came to focus more on the interactions with patients and guardians at the hospital.” 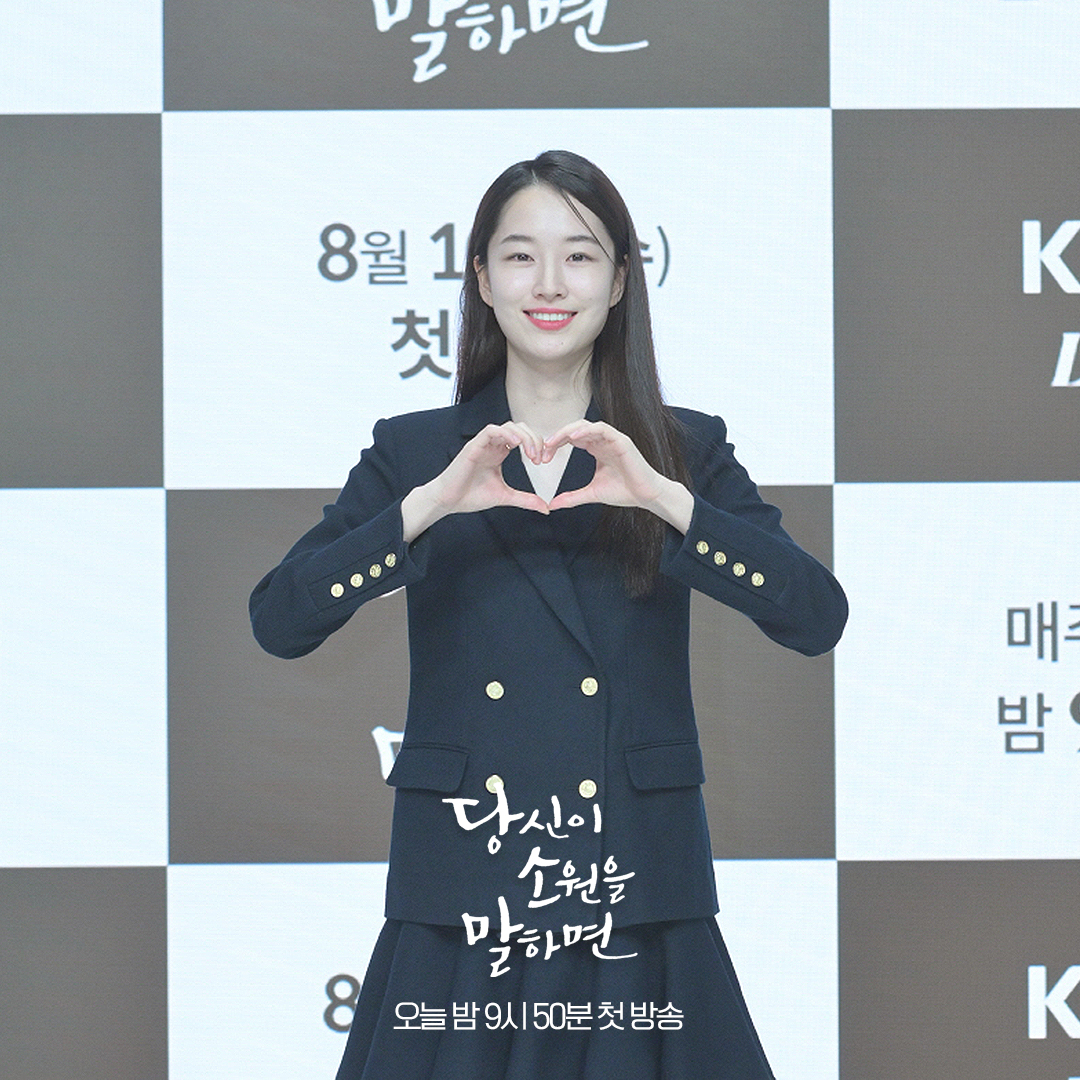 Won Ji An will play the role of Ha Joon Kyung, a personification of a black swan embodying all things death and despair.

Explaining what led her to join the cast, Won Ji An said, “I discovered the neediness and hurt embodied by the role of Ha Joon Kyung, and I was curious to find out how she gets healed as the drama progresses. It was also fun to imagine the missing pieces of her narrative not revealed in the script. So far, I’ve mostly appeared in OTT productions. My family was very happy to hear that I’d be appearing in a KBS drama.” 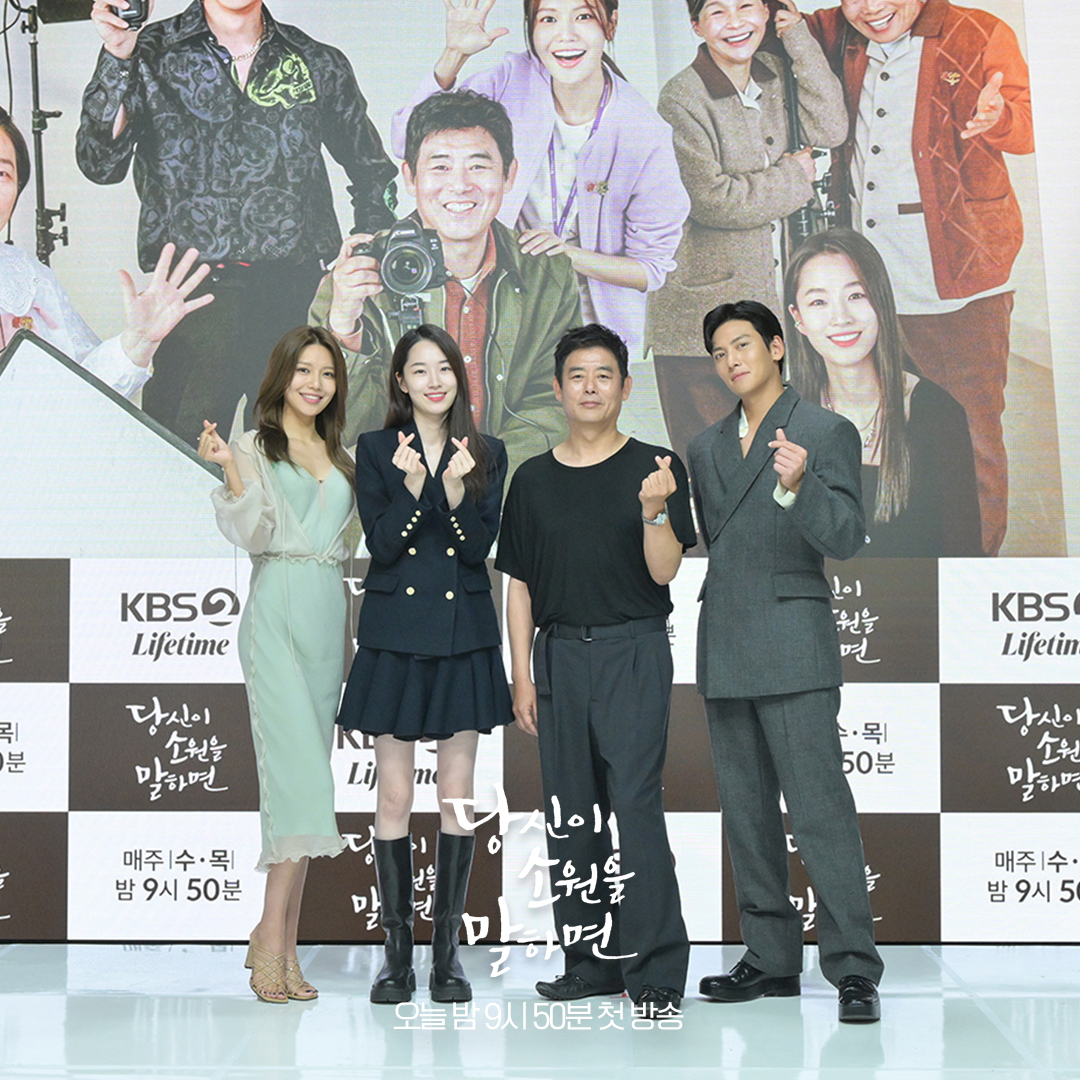 The cast members described how nice it was to be on set, with Ji Chang Wook saying, “I’m thankful to Choi Sooyoung. She’s a cheerful person in general, so the mood on set was also upbeat thanks to her. She has a certain charm that makes you feel at ease. I was able to get close to her easily. I think that good energy will also show in our characters’ relationship onscreen. I had a great time working on the drama.”

Sooyoung responded, “I was able to take on a supportive role because Ji Chang Wook and Sung Dong Il first created that kind of environment on set. Any team that contemplates and discusses the script together with you on set is a huge source of strength, and the ‘If You Wish Upon Me’ team was exactly like that. I depended on them a lot.” 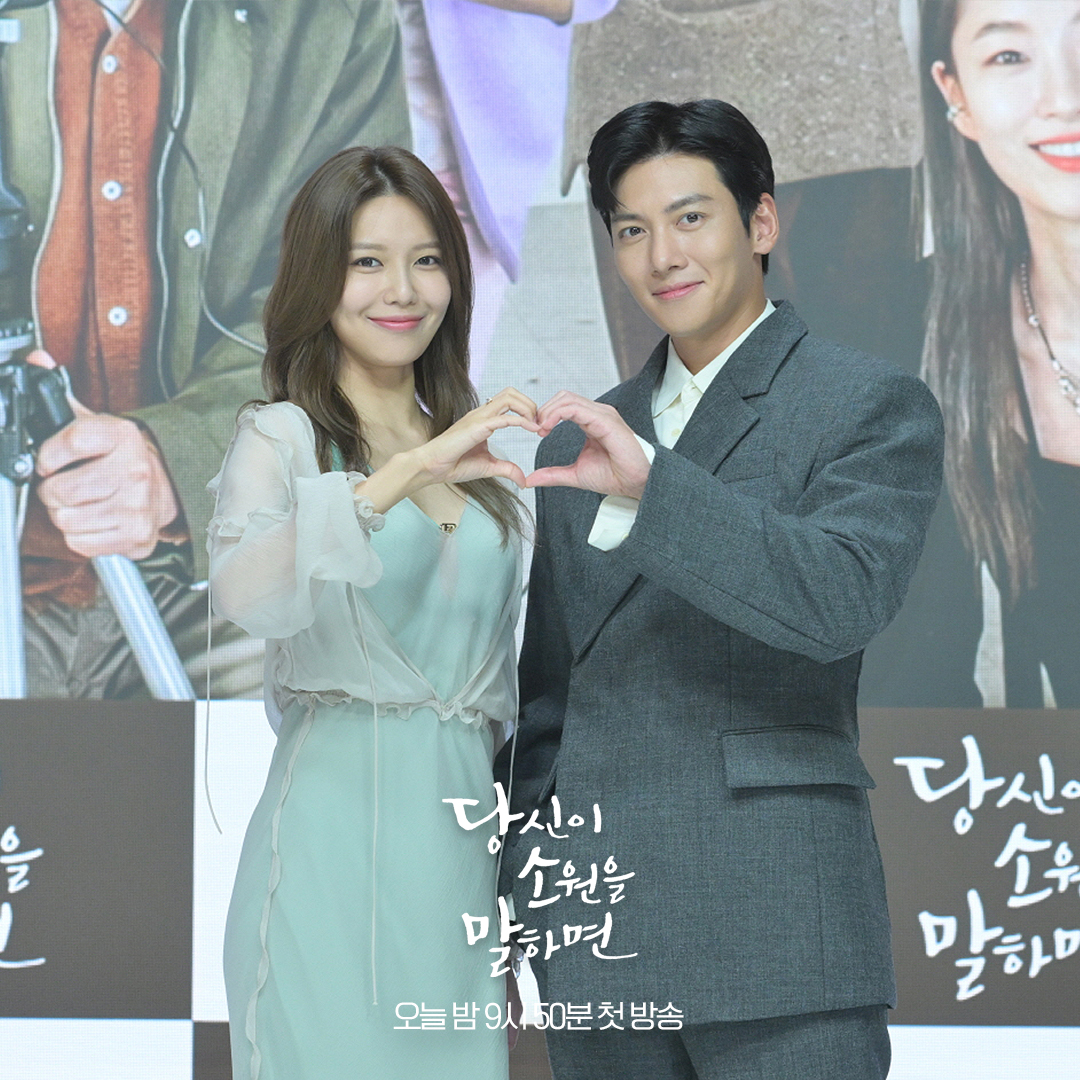 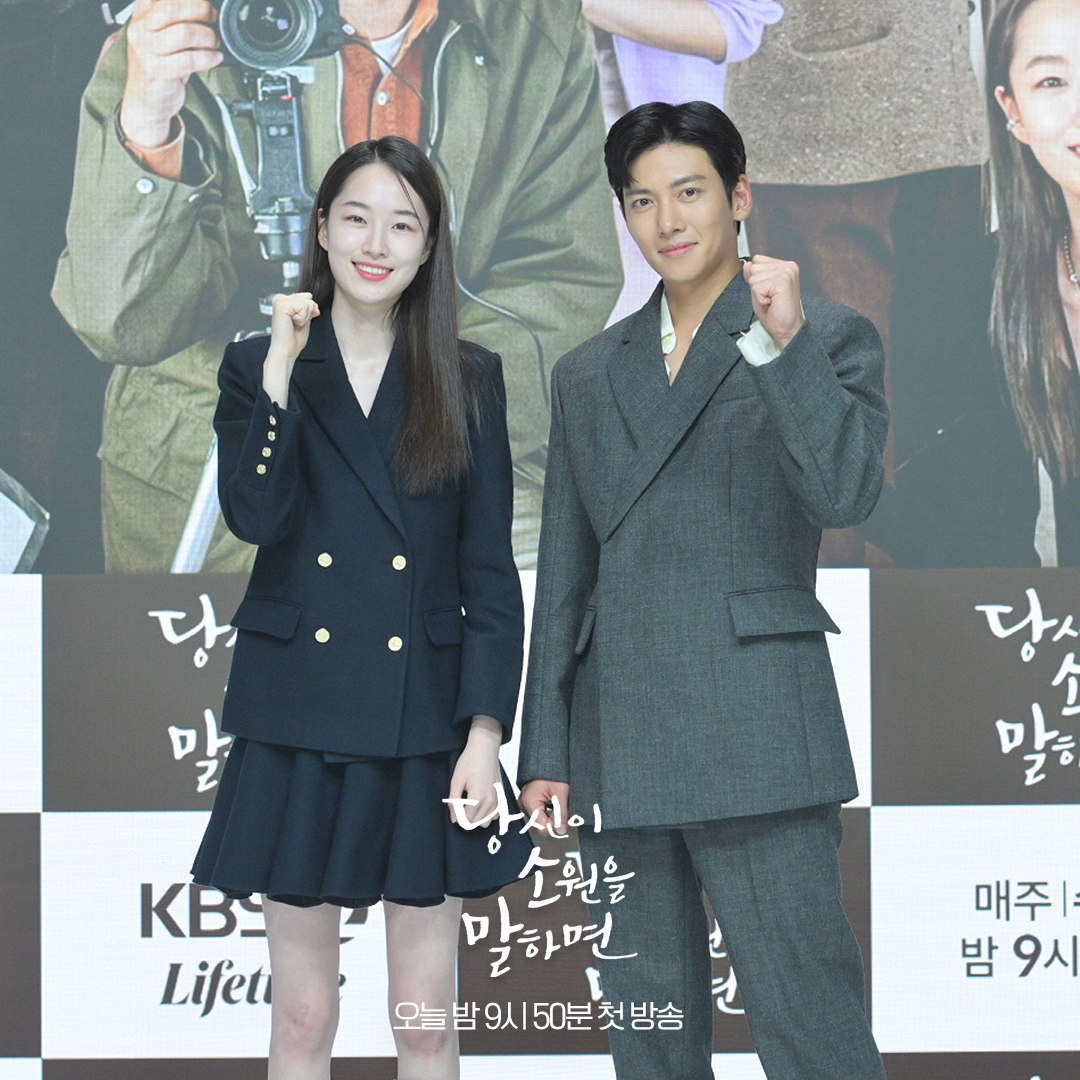 Director Kim Yong Wan wrapped up by saying, “It’s a drama that the whole family can enjoy. The actors’ performance is a focal point.”

Ji Chang Wook added, “I hope the heartwarming energy reaches the viewers well,” while Sooyoung commented, “The relationships between the characters are entertaining.” Won Ji An also said, “The journey of each person’s wounds being healed after they meet ‘Team Genie’ will be fun to watch.”

“If You Wish Upon Me” premiered on August 10 and airs on Wednesdays and Thursdays at 9:50 p.m. KST.

Watch the first episode of the drama with subtitles below!

Ji Chang Wook
Sooyoung
Sung Dong Il
Won Ji An
If You Wish Upon Me
How does this article make you feel?