Set against the backdrop of the 1988 Seoul Olympics, “Seoul Vibe” is a new film about an unimaginably grandiose plot for a slush fund robbery—and the thrilling car chase that ensues on the streets of Seoul. Described as an “action blockbuster,” the movie will revolve around the “Samgyedong Supreme Team,” a crew of talented drivers that gets involved in investigating the slush fund.

Yoo Ah In will be starring in the film as Dong Wook, the leader of the Samgyedong crew and the best drifter in Seoul. Go Kyung Pyo will star as the sentimental Woo Sam, who serves as the unofficial DJ of the crew, while Lee Kyu Hyung will play Bok Nam, who knows the streets of Seoul like the back of his hand.

Park Ju Hyun will star as Dong Wook’s younger sister Yoon Hee, the head of Seoul’s biggest bike club and the only female member of the Samgyedong crew. Ong Seong Wu will round out the team as Joon Gi, the sentimental “MacGyver” of the crew who is like a younger brother to Dong Wook.

The newly released poster for the film introduces Dong Wook’s motley crew while taking you back in time to the 1980s, with the caption reading, “The year is 1988. A very special mission begins!”

Meanwhile, the film’s main trailer offers a sneak peek of the action in store for the Samgyedong crew. When approached by a prosecutor (played by Oh Jung Se) to take part in an undercover mission, Dong Wook is unable to refuse—and the squad soon finds themselves being tasked with delivering a massive slush fund for the prosecutor’s main target, the powerful Chairwoman Kang (played by Moon So Ri).

“Seoul Vibe” will be released on August 26. In the meantime, check out the new trailer and poster for the drama below! 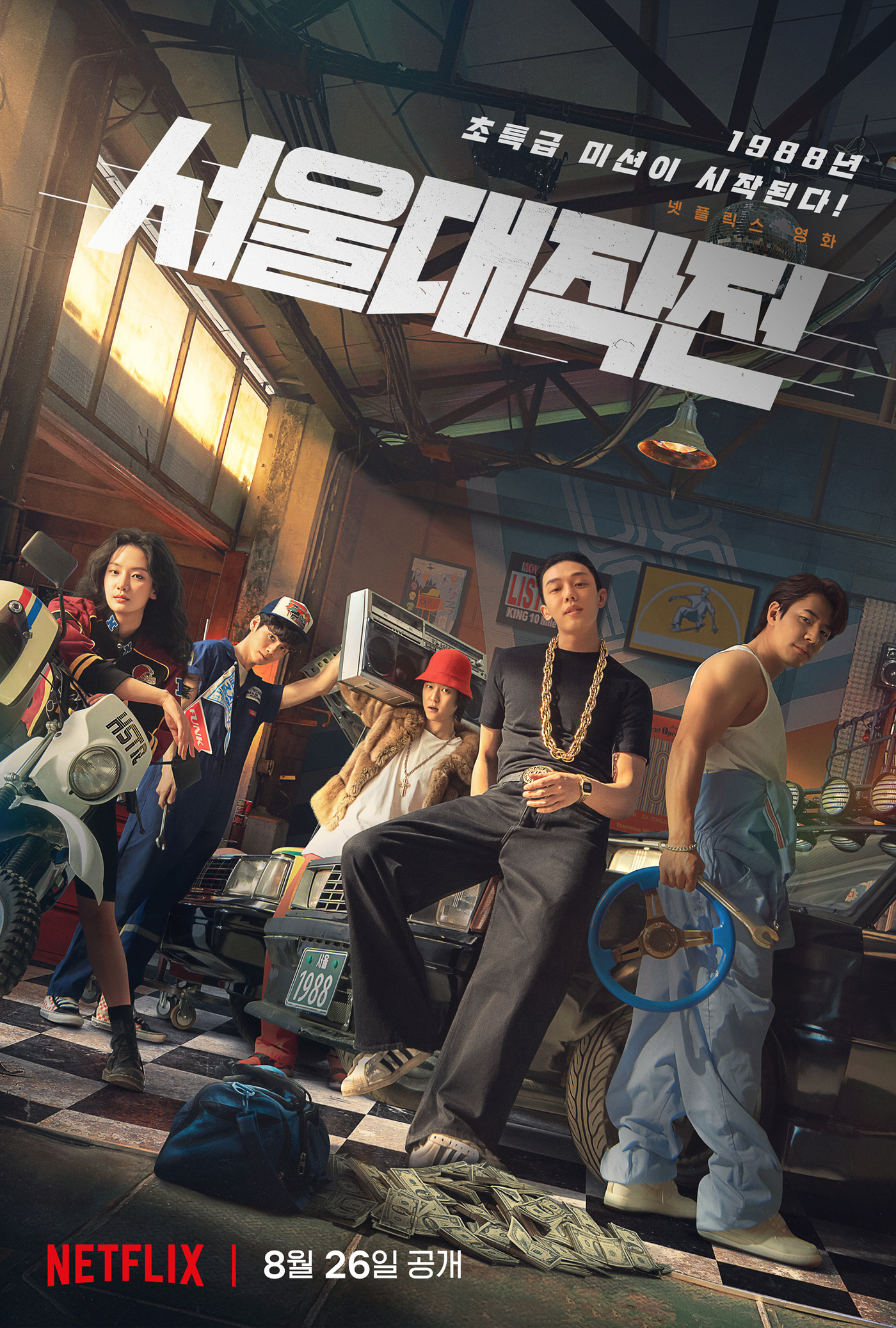 While you wait for “Seoul Vibe,” watch Yoo Ah In in “Burning” with subtitles here…