Team Genie is not impressed with Ji Chang Wook in “If You Wish Upon Me”!

“If You Wish Upon Me” is a new drama inspired by a real organization in the Netherlands that fulfills the wishes of terminal cancer patients. Ji Chang Wook will star as Yoon Gyeo Re, a man who has been pushed to his limits by a difficult life full of struggles. However, when Yoon Gyeo Re winds up having to volunteer at a hospice, he finds his life changing in unexpected ways while helping to make the patients’ wishes come true.

In the first episode of the drama, Yoon Gyeo Re was released from prison but unexpectedly ending up crossing paths with Team Genie. Due to a messy car accident, he was given a choice: either pay a fine or do community service. Kang Tae Shik (Sung Dong Il), the team leader, talked to the judge in order to make Yoon Gyeo Re work at the hospice, and the episode ended with his very late arrival.

Newly released stills show Yoon Gyeo Re at the hospice, and he catches attention with his colorful shirt and luxury suit. Team Genie is cheerfully enjoying bibimbap together, and they laugh warmly as they spend quality time together. However, the atmosphere rapidly turns icy when Yoon Gyeo Re says something to them, and thick awkwardness surrounds them.

In the final photo, Yeom Soon Ja (Yang Hee Kyung) gives Yoon Gyeo Re an unexpected gift as he leaves, and his eyes are filled with wariness. Yoon Gyeo Re, who isn’t used to people’s kindness, will find the hospice family’s warmth unfamiliar. Like the “broken adult child” he is, he will act contrary to his heart and give the members of Team Genie a difficult time. 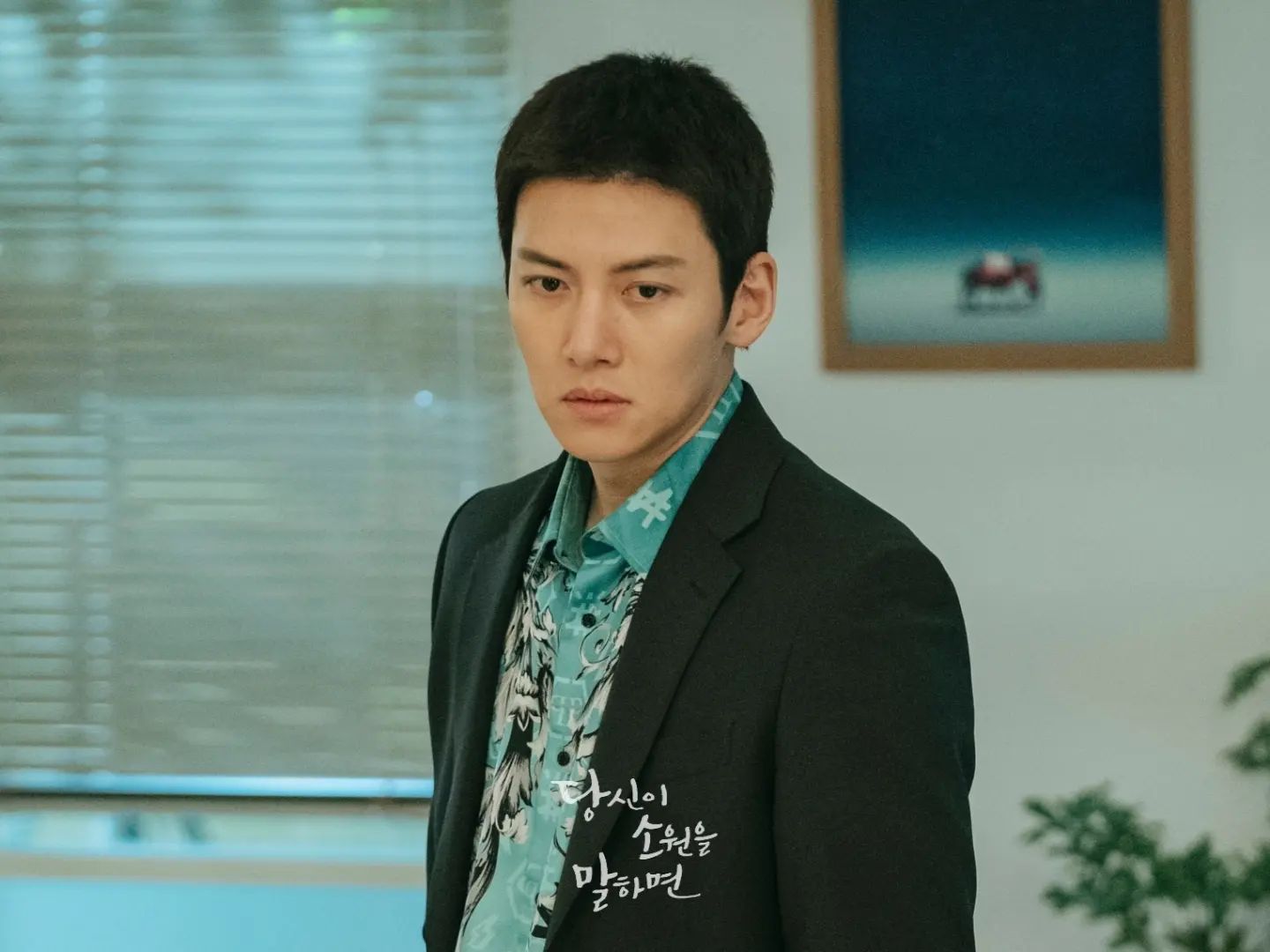 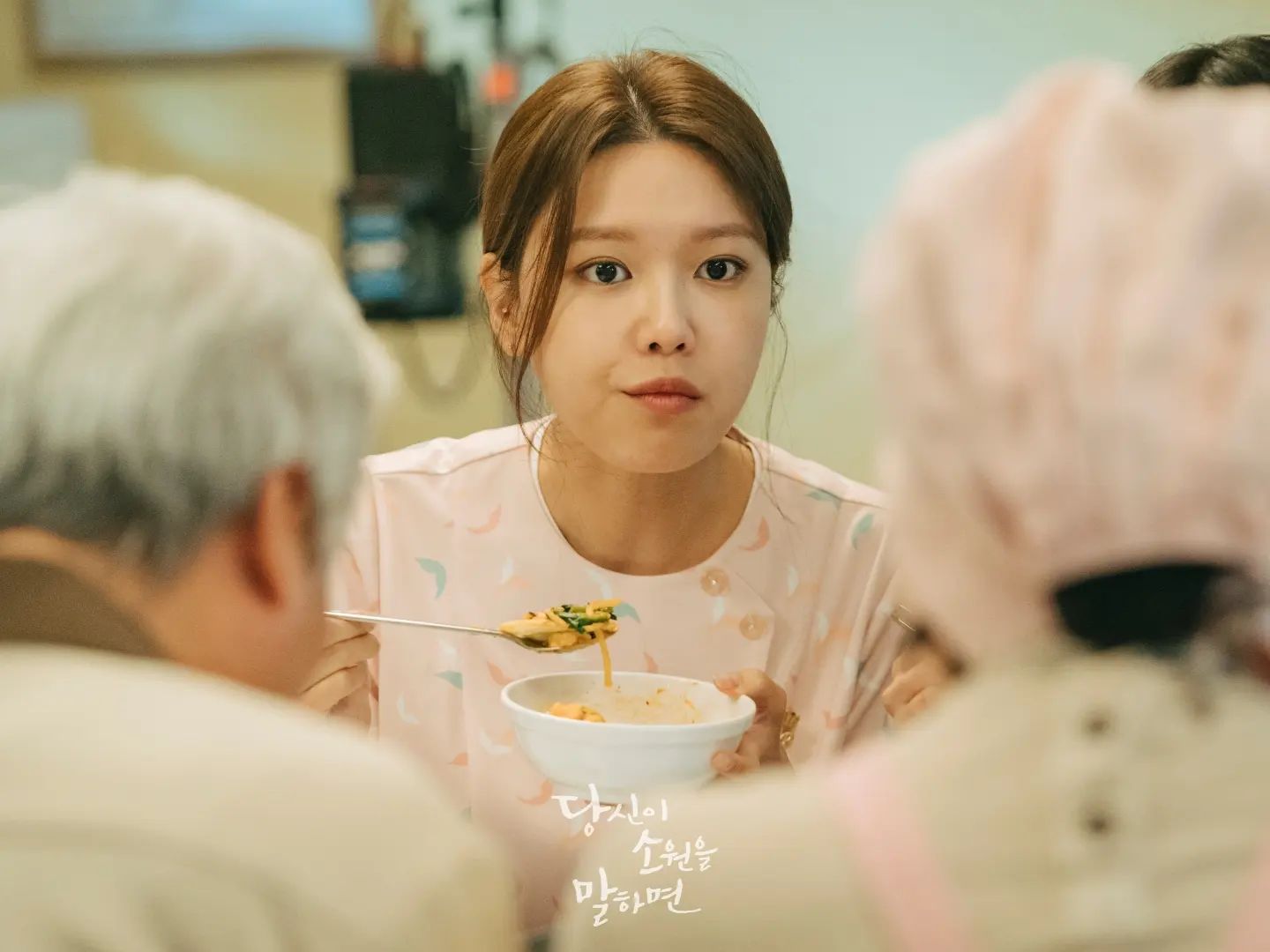 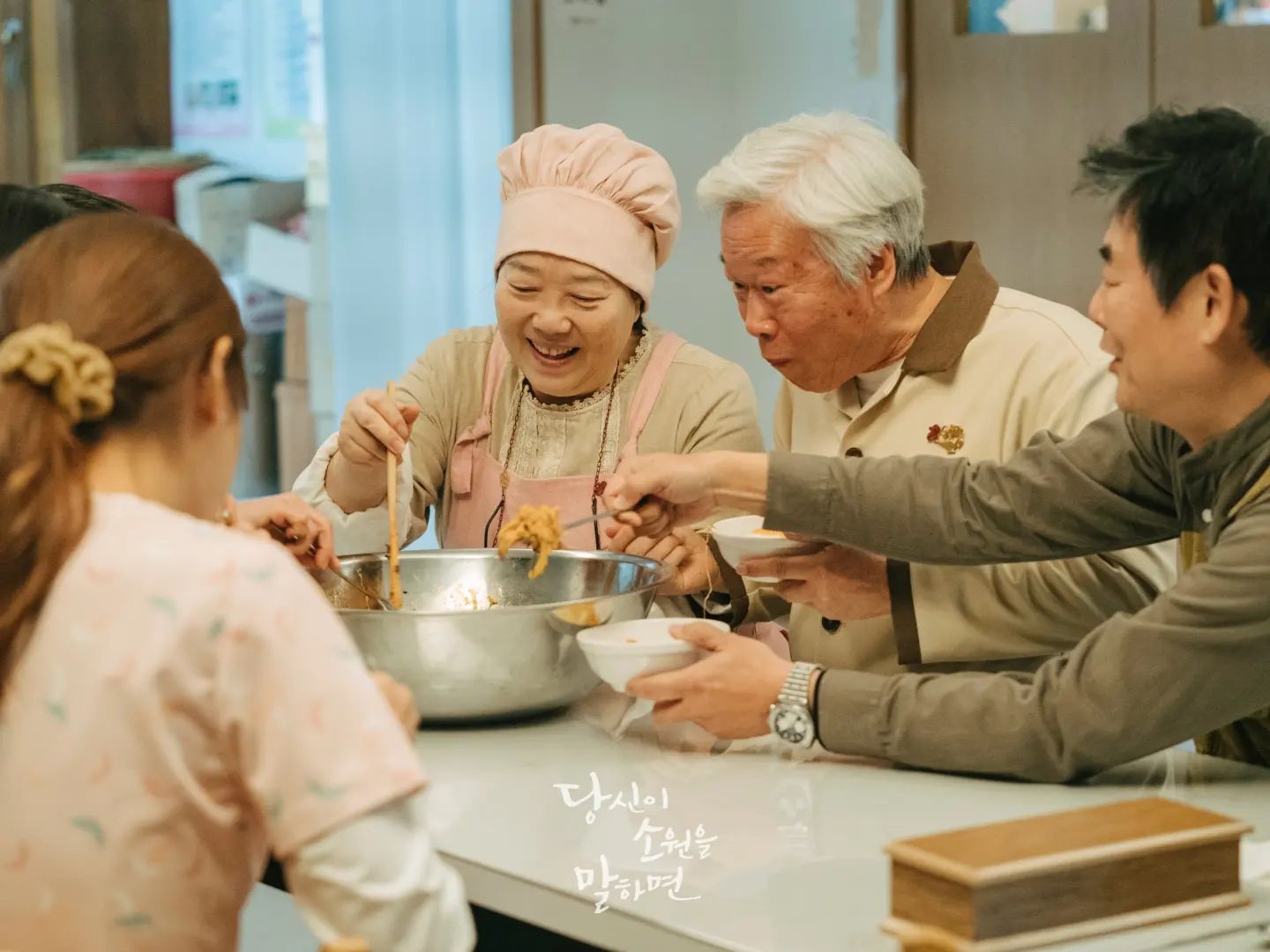 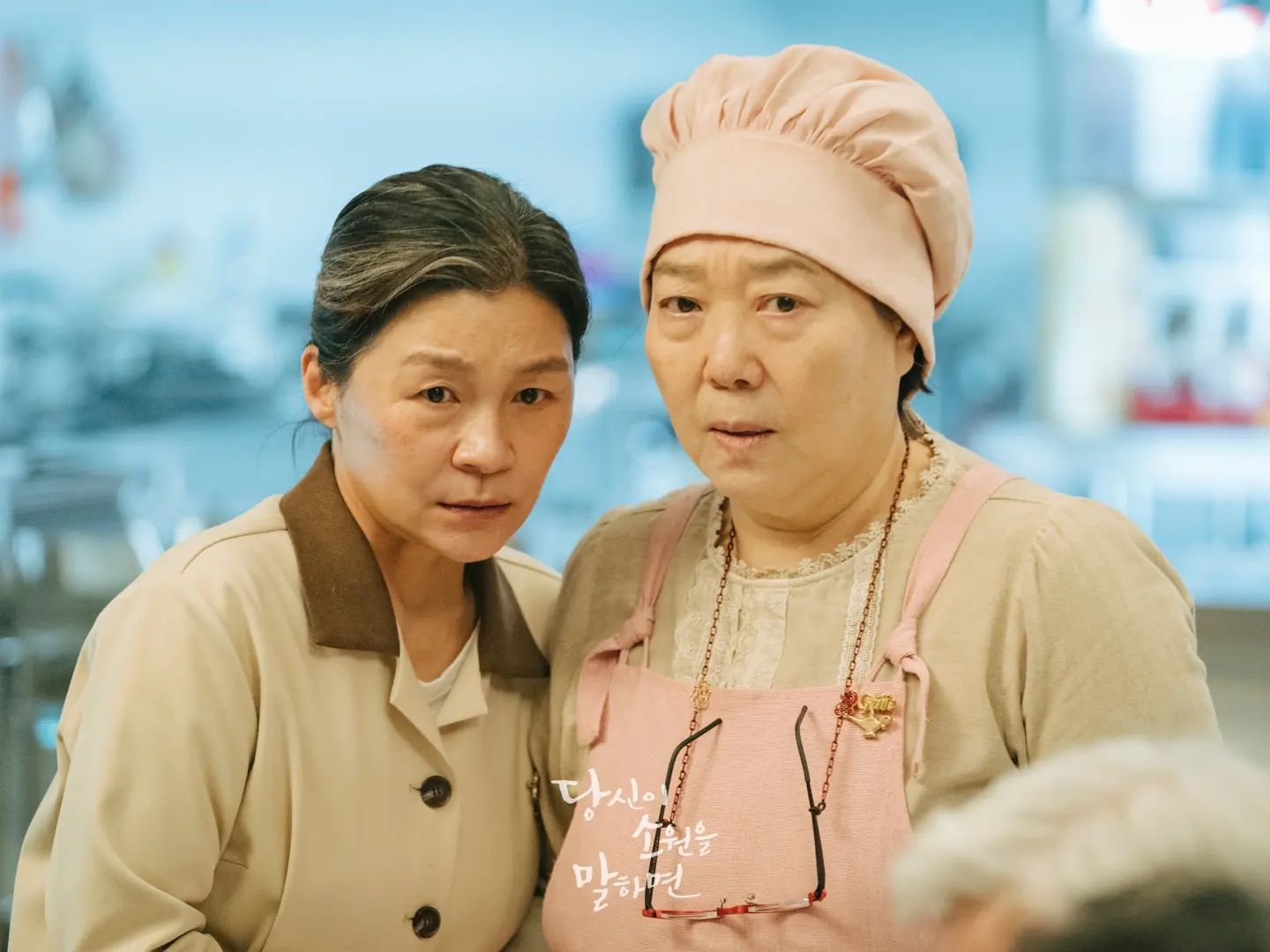 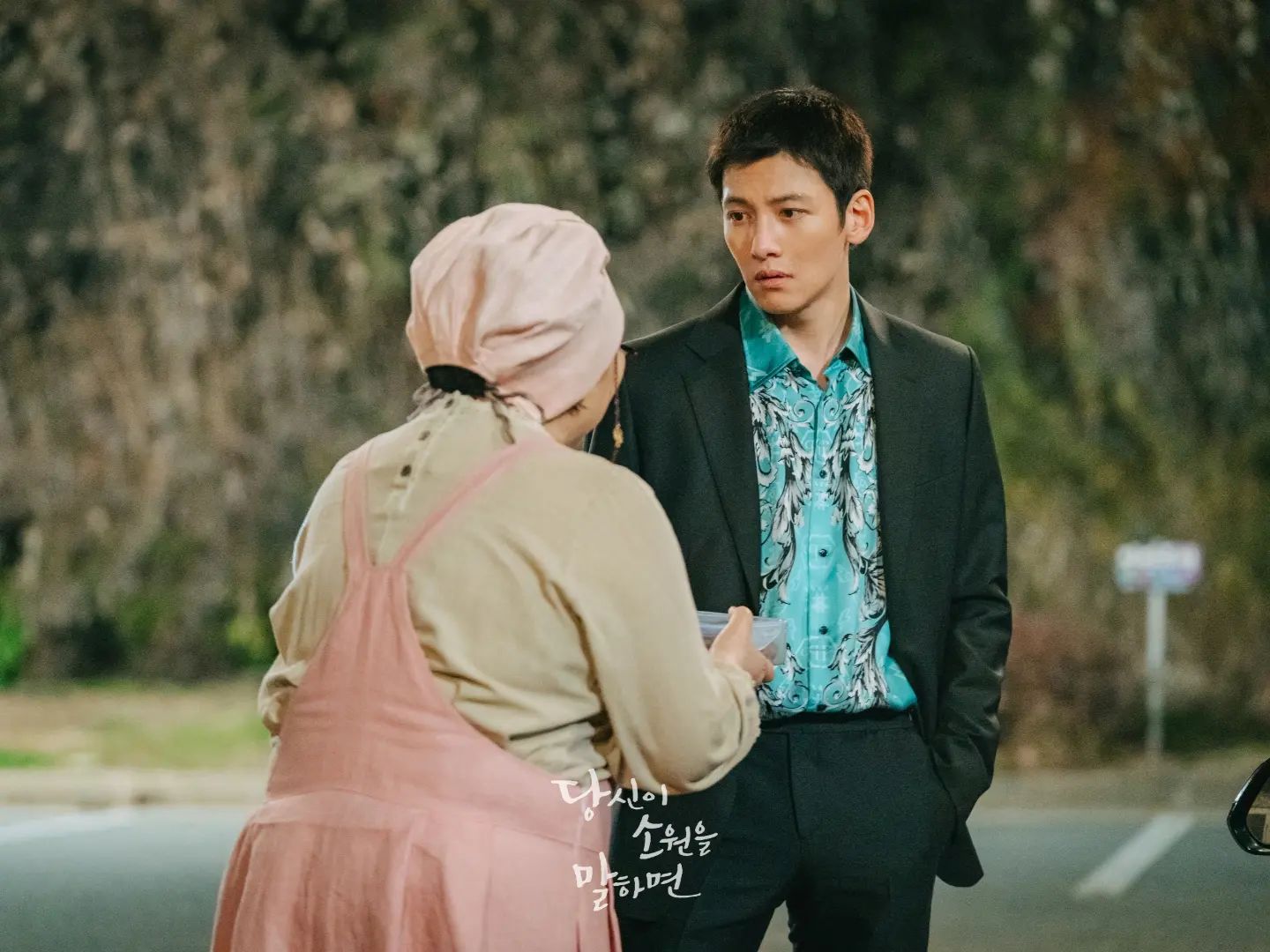 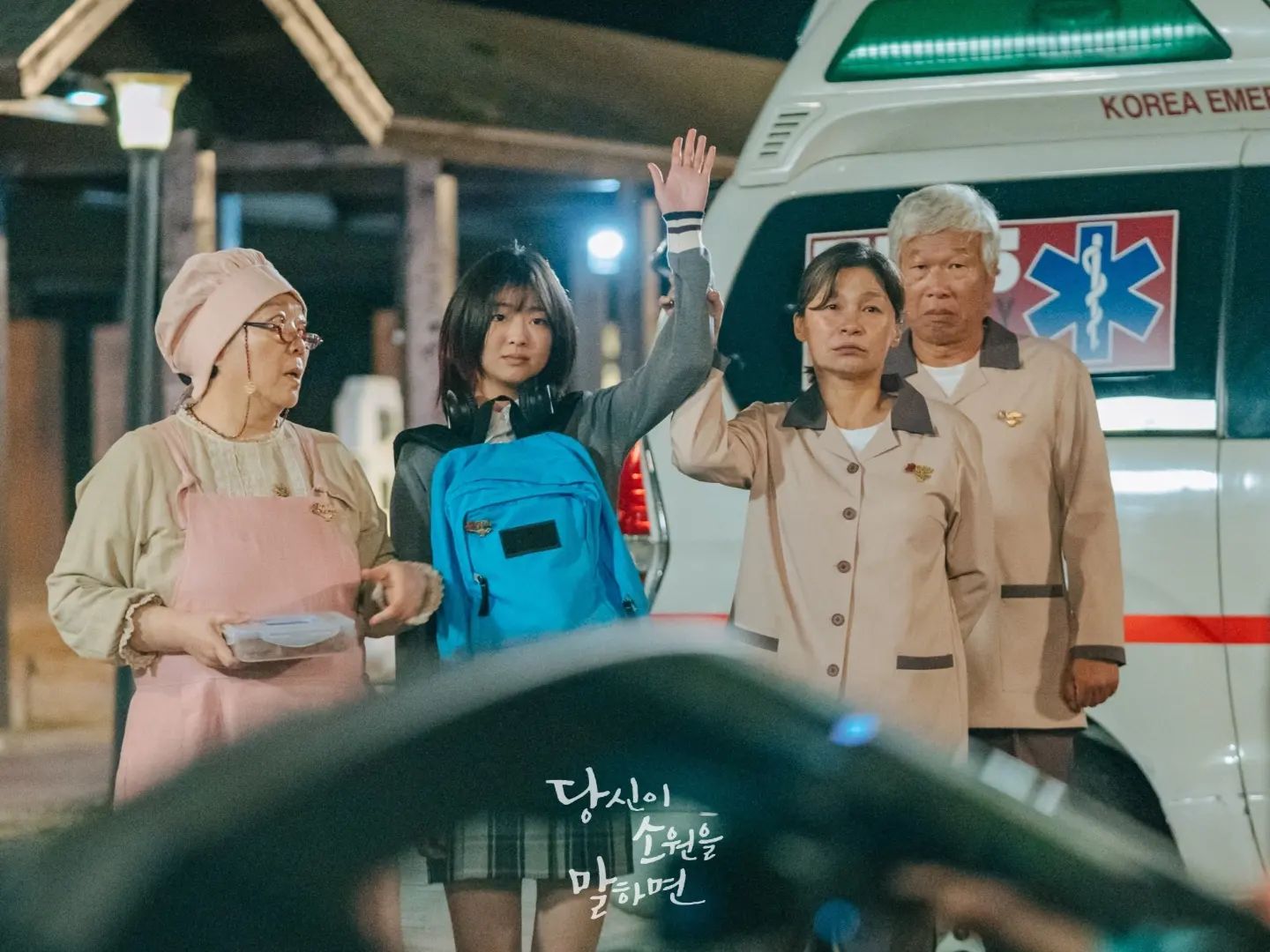 Girls' Generation
Ji Chang Wook
Sooyoung
Sung Dong Il
Yang Hee Kyung
If You Wish Upon Me
How does this article make you feel?