Kim Sejeong and Nam Yoon Su will have an endearing time in the office in “Today’s Webtoon”!

A Korean remake of the popular 2016 Japanese series “Sleepeeer Hit!”, “Today’s Webtoon” is a SBS drama set against the backdrop of South Korea’s competitive webtoon industry. Kim Sejeong stars as On Ma Eum, a former judo athlete who joins a webtoon editorial department as a new employee and struggles to mature into a true editor.

One of the key factors that viewers are keen to see more of is the budding friendship between the rookie employees On Ma Eum and Goo Joon Young (Nam Yoon Su). In the early days, Goo Joon Young disliked the editorial department and wished to be transferred as soon as possible. He couldn’t understand On Ma Eum and her burning passion and never-ending optimism.

However, Goo Joon Young saw how much On Ma Eum was struggling to keep the webtoon department alive, and her enthusiasm became contagious. Previously, both of them contributed greatly to the team with On Ma Eum convincing Na Kang Nam (Im Chul Soo) to review his webtoon and Goo Joon Young successfully recruiting Pomme (Ha Yul Ri) to participate in the webtoon camp as a mentor.

The newly released stills of the upcoming episode show the pleasant changes between On Ma Eum and Goo Joon Young. The two are left alone in the office, and they happily take photos for each other. He can’t help but smile as he captures her lovely side, and she holds a tablet with the words “I’m happy” flashing across the scene. In one photo, the two point at each other and burst into heart laughter. Things between them are more harmonious than ever, and it will be interesting to see what kind of exciting turns their relationship will take. 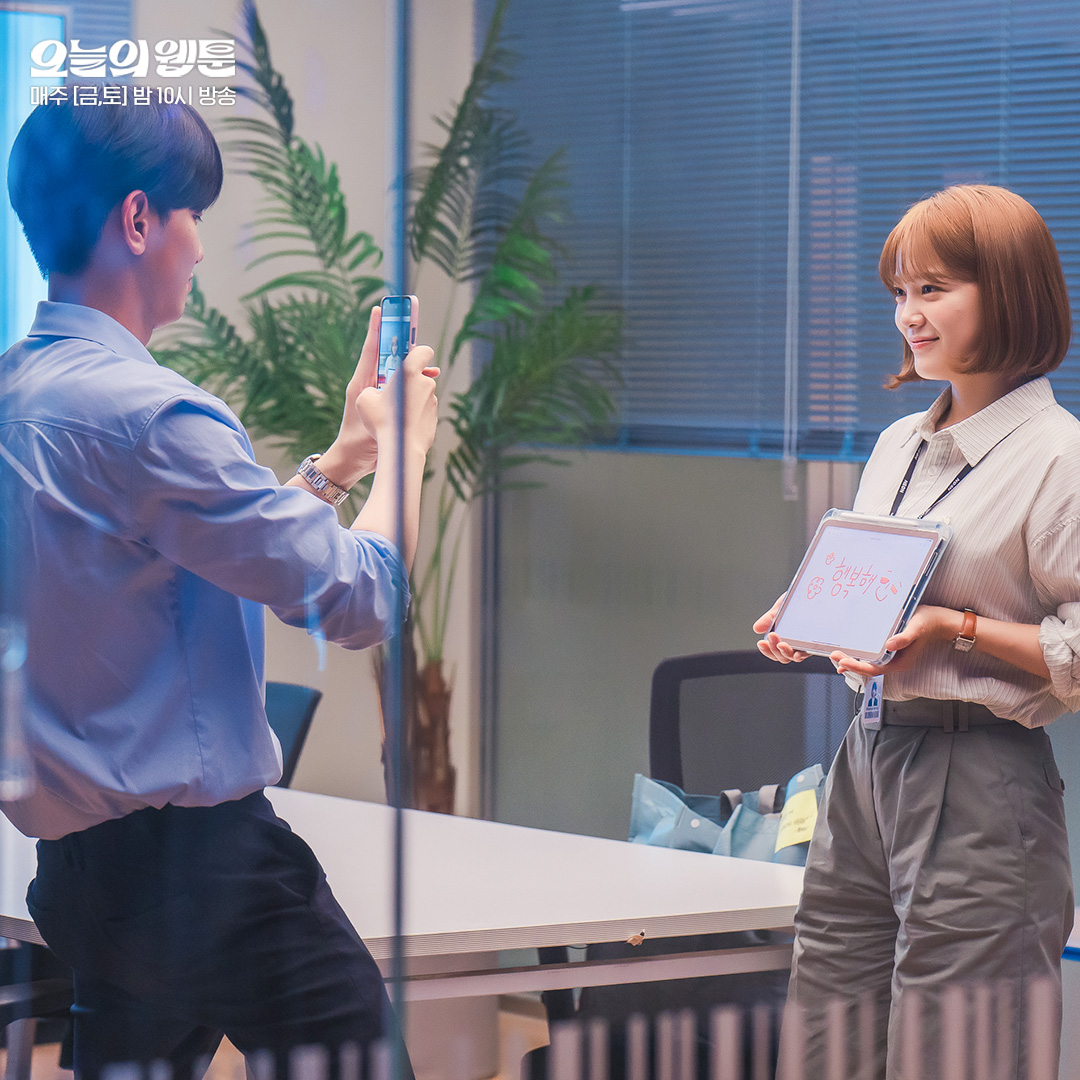 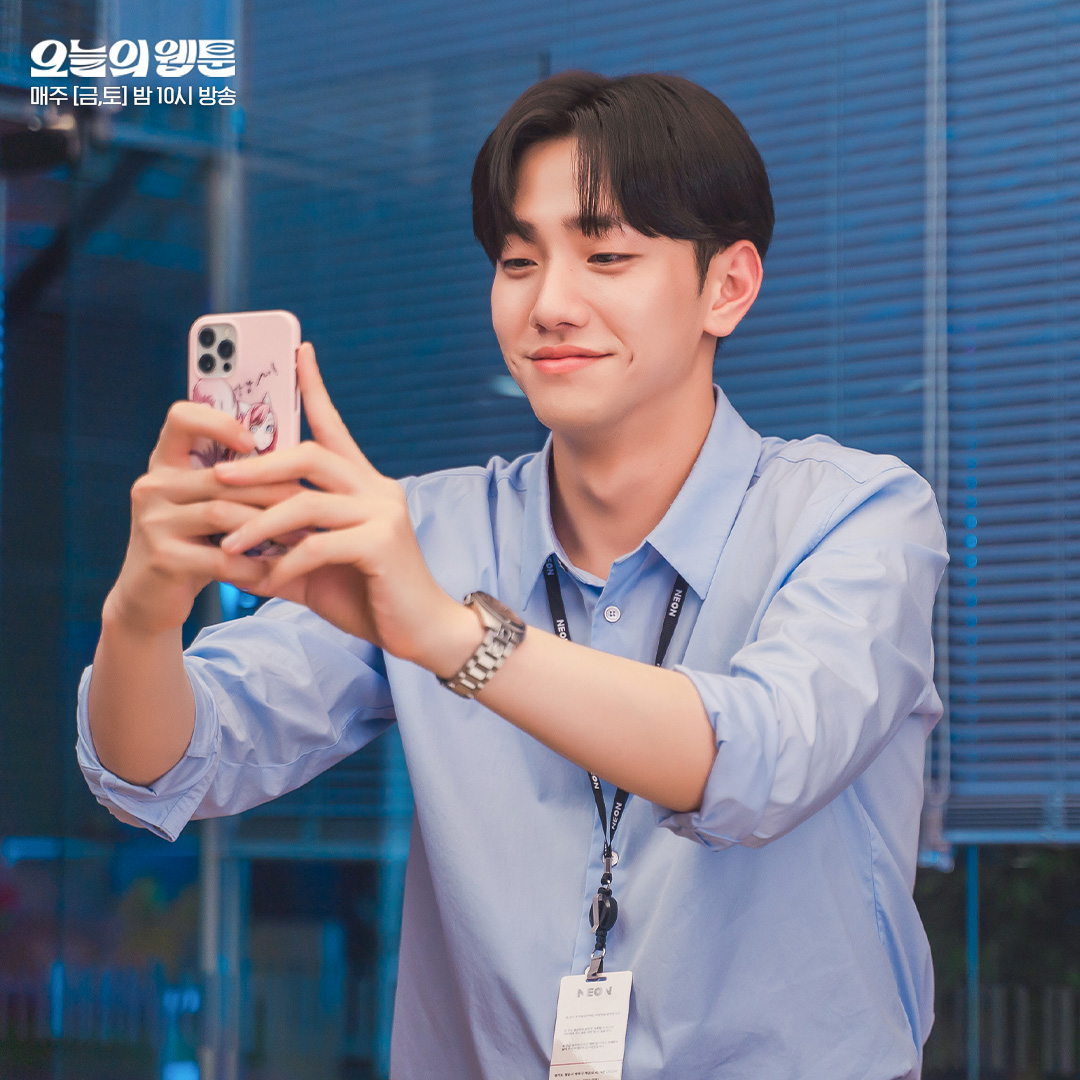 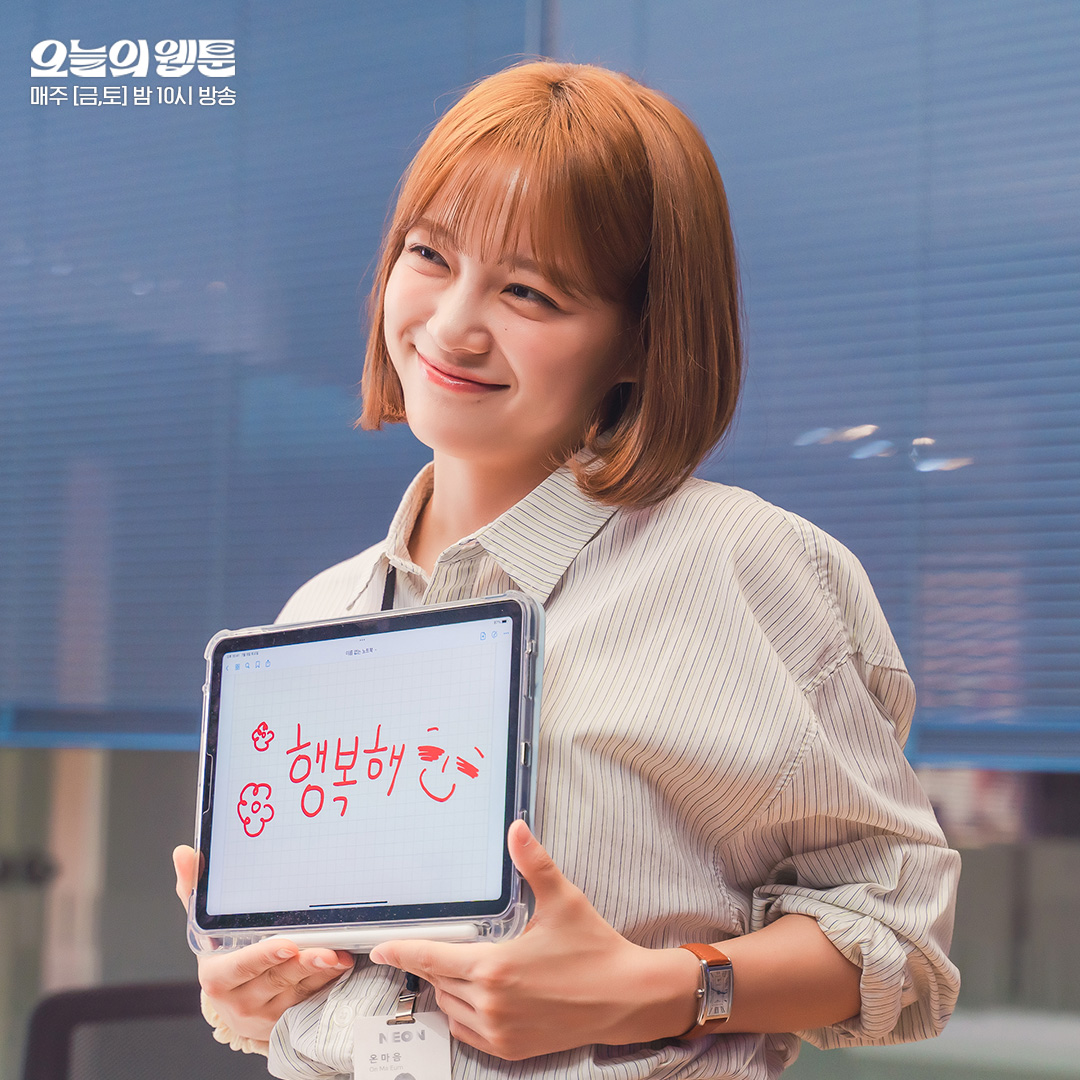 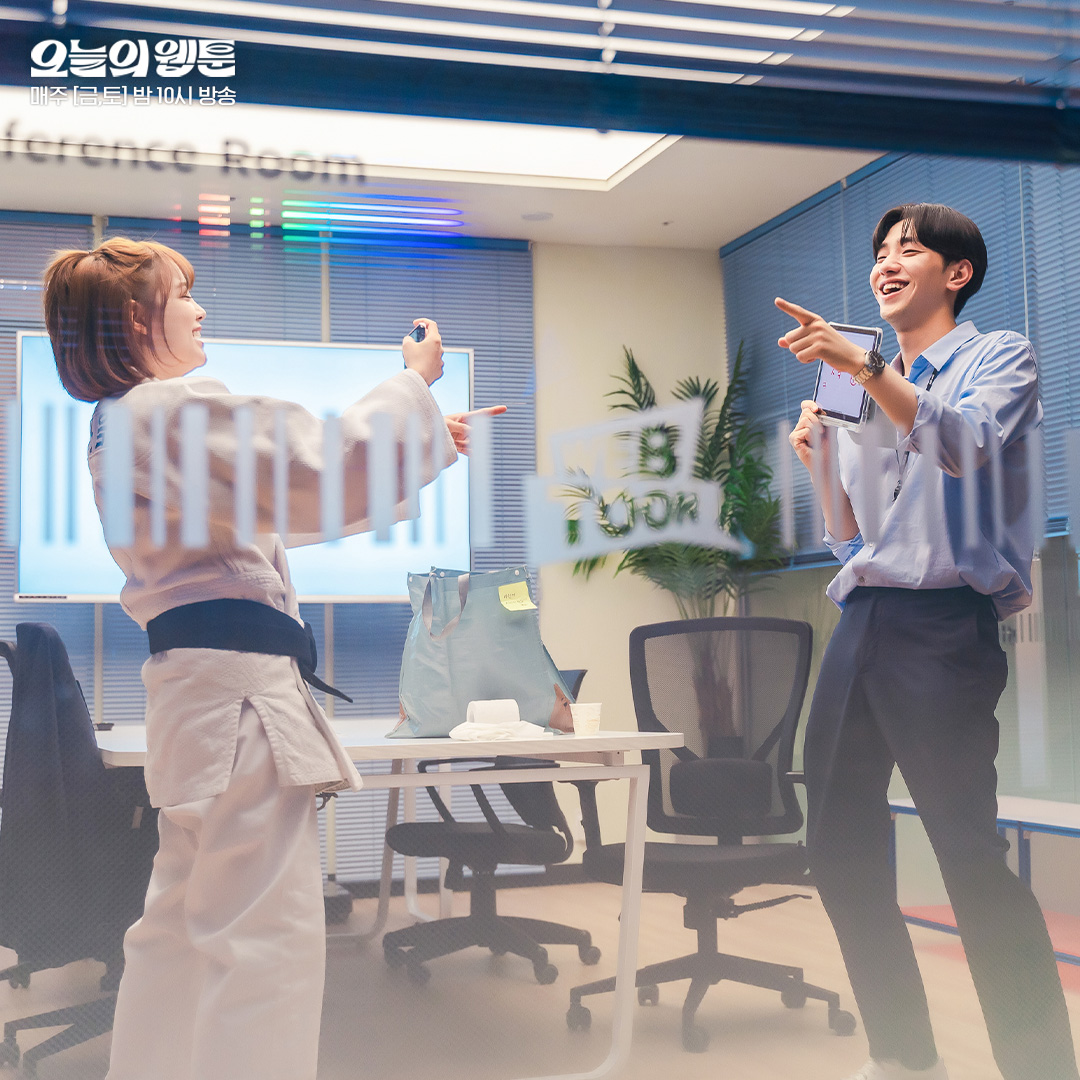 The drama’s producers teased, “In four episodes, the relationship between On Ma Eum and Goo Joon Young changed noticeably. It became natural for them to spend time together and help each other. Please look forward to their co-worker chemistry that improves every time.”