Anything Can Happen: 5 K-Dramas With Unpredictable Romance

Although not always, many K-dramas appear to follow similar storylines. Two lovers meet, their personalities clash, and they somehow fall madly in love. But what happens when the plot isn’t predictable and the ending is a blur? A shocking pregnancy, a mystery couple, and uncontrollable love cells are just some of the things K-drama characters face on their way to a surprise ending. When K-dramas have surprising twists and turns like the ones listed here, you can’t help but be drawn to them. The main couple may surprise you in the end! Here are five K-dramas with unpredictable romances. 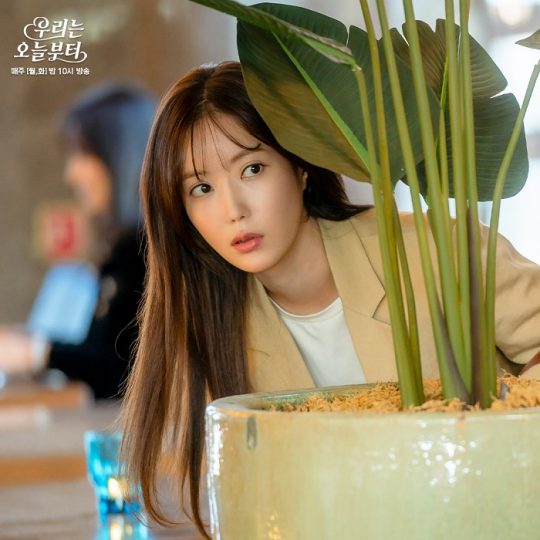 An unexpected pregnancy develops for a young woman, who happens to be a virgin, during her regular medical exam. Not only is Oh Woo Ri (Im Soo Hyang) artificially inseminated, but her baby’s dad is a CEO of a cosmetics company. Her uncomplicated love life becomes a disaster! How does she explain a pregnancy to her sweet boyfriend Lee Kang Jae (Shin Dong Wook) and deal with CEO Raphael (Sung Hoon)?

Things get complicated when we find that Oh Woo Ri and Raphael have a connection from the past that could threaten her great relationship with her boyfriend. A relationship with Raphael is also complicated because of his feelings for her, his messy divorce, and the fact that they’ll have a biological child together. This series is based on the hit U.S. show “Jane the Virgin,” but instead of five seasons, the K-drama heroine only has one season to do it all! Oh Woo Ri has to disclose her pregnancy to those around her and has to decide if she wants to be a single mom or raise her child with one of the men in her life. Things are up in the air through the drama because viewers have no idea which love interest is the best man to raise Oh Woo Ri’s baby. It makes you anxious to know which man has her family’s best interest at heart and if the K-drama will deviate from the U.S. series finale. 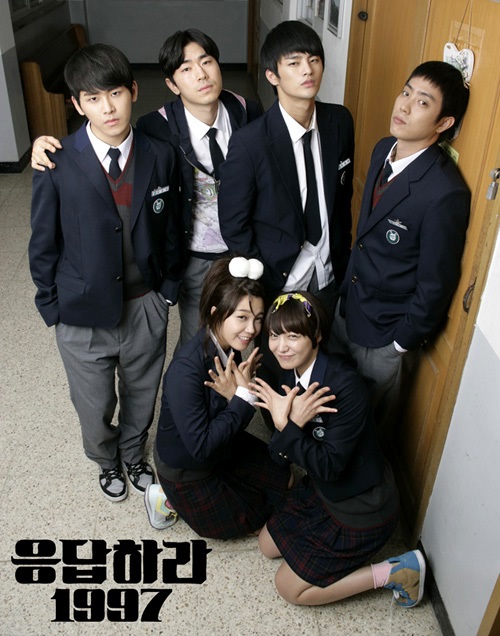 Unlike many K-dramas, this romantic comedy explains that the main couple will be a complete mystery from the very beginning. Seo In Guk, Jung Eun Ji, Lee Ho Won, Eun Ji Won, and Shin So Yul round out this main cast. Sung Shi Won (Jung Eun Ji) and Yoon Yoon Jae (Seo In Guk) have been close friends since birth, while Kang Joon Hee (Lee Ho Won) is friends with Yoon Yoon Jae. And Mo Yoo Jung (Shin So Yul) has romantic interest in shy transfer student Do Hak Chan (Eun Ji Won). Since they all attend the same high school, it’s very easy for feelings to grow between them.

In episode one, the former high school classmates gather together to catch up and reminisce about the past. Each episode gives hints that there is romantic interest within the group of friends, but as viewers we have no idea who is married each other. Since they all attend the same high school, it’s very easy for feelings to grow between them. Another fun aspect is that Sung Shi Won is a big K-pop fan, and she has a huge crush on a member of H.O.T. But we never know if she marries a celebrity or one of her friends until the end of the drama. 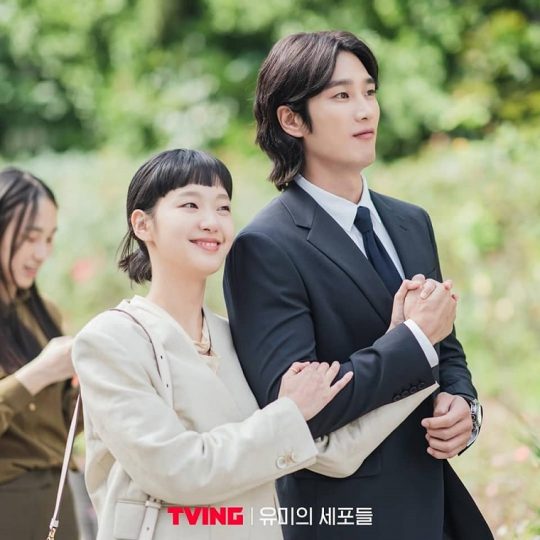 Based on Lee Dong Gun’s eponymous webtoon, Kim Yumi (Kim Go Eun) is your average office worker. The only difference between her and everyone else is that she has closed herself off from love. To top it off, her love cell is officially in a coma. In this fantasy love series, her other lively cells work hard to bring her love cell back to life. When Kim Yumi meets an emotionally stunted game developer named Goo Woong (Ahn Bo Hyun), her love cell responds to him and starts waking up from hibernation.

“Yumi Cells” does a good job holding the audience’s attention by letting us watch Kim Yumi’s emotions sway back and forth for her leading man. As viewers we keep guessing their relationship status throughout. In a regular K-drama, the two leads would either have a happy ending or a tragic one. But this series decides to follow the natural order of life by letting them date and slowly grow apart. 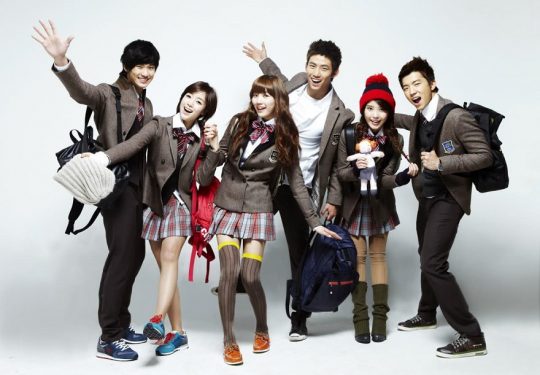 What happens when you have a cast of extremely talented singers and actors in one K-drama? You get the best musical television show of all time! Kim Soo Hyun, IU, Suzy, Ham Eun Jung, 2PM’s Taecyeon and Wooyoung, and Park Jin Young all star in this youth series. “Dream High” is about a group of teens attending a performing arts school. During their school years, the promise to debut as professional recording artists is within their reach. Talent scouts from entertainment agencies keep a close eye on their performances, and the students work extremely hard on their singing, dancing, and songwriting to make their debut a reality.

The romance of the series centers around Go Hye Mi (Suzy), Hyun Shi Hyuk (Taecyeon), and Song Sam Dong (Kim Soo Hyun). The chemistry between Go Hye Mi and Shi Hyuk is very apparent in the beginning, and the intense eye contact and being nervous around each other is perfect for K-drama teen chemistry. However, Song Sam Dong expressing his feelings and having open and honest conversations with Go Hye Mi sways her emotions. The drama does a good job keeping the audience guessing until the last episode about their love triangle and who will make their debut in the entertainment industry. 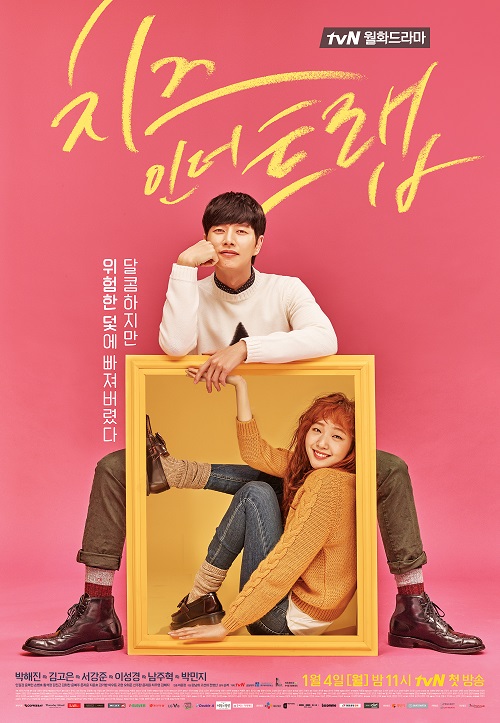 Park Hae Jin, Kim Go Eun, and Seo Kang Joon respectively take on the roles of Hong Seol, Yoo Jung, and Baek In Ho from the popular webtoon of the same name. Hong Seol and Yoo Jung are college students who happen to cross paths due to social settings and college classes. Unable to decipher his introverted personality, Hong Seol is initially afraid of Yoo Jung. However, the pair begin dating as he warms up to her. Fellow peer Baek In Ho also appears in Hong Seol’s life one day and becomes a close friend and confident. He has a very open and honest personality. 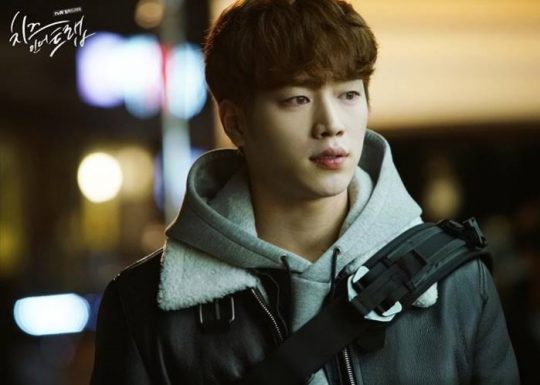 In this drama, Hong Seol gets caught in a love triangle with Yoo Jung and Baek In Ho, and her happy ending seems unlikely due to Yoo Jung’s mysterious personality. He is friendly to her one moment and then secretly malicious to his peers. Meanwhile Baek In Ho appears completely trustworthy but warns her about the dark side of Yoo Jung, which makes the future of her love life unclear as you watch the series.

Soompi Spotlight
Cheese in the Trap
Dream High
Reply 1997
Woori the Virgin
Yumi Cells
How does this article make you feel?