When 2 Worlds Collide: 8 K-Dramas To Watch If You Also Like K-Pop

The world of K-pop can seem glamorous, but there are a lot of challenges and pressures that come with people who decide to go on the long path of becoming idols. There are a lot of K-dramas out there that showcase these struggles but also the beautiful friendships and confidence that come from these hurdles. Here are eight of those K-dramas to check out. 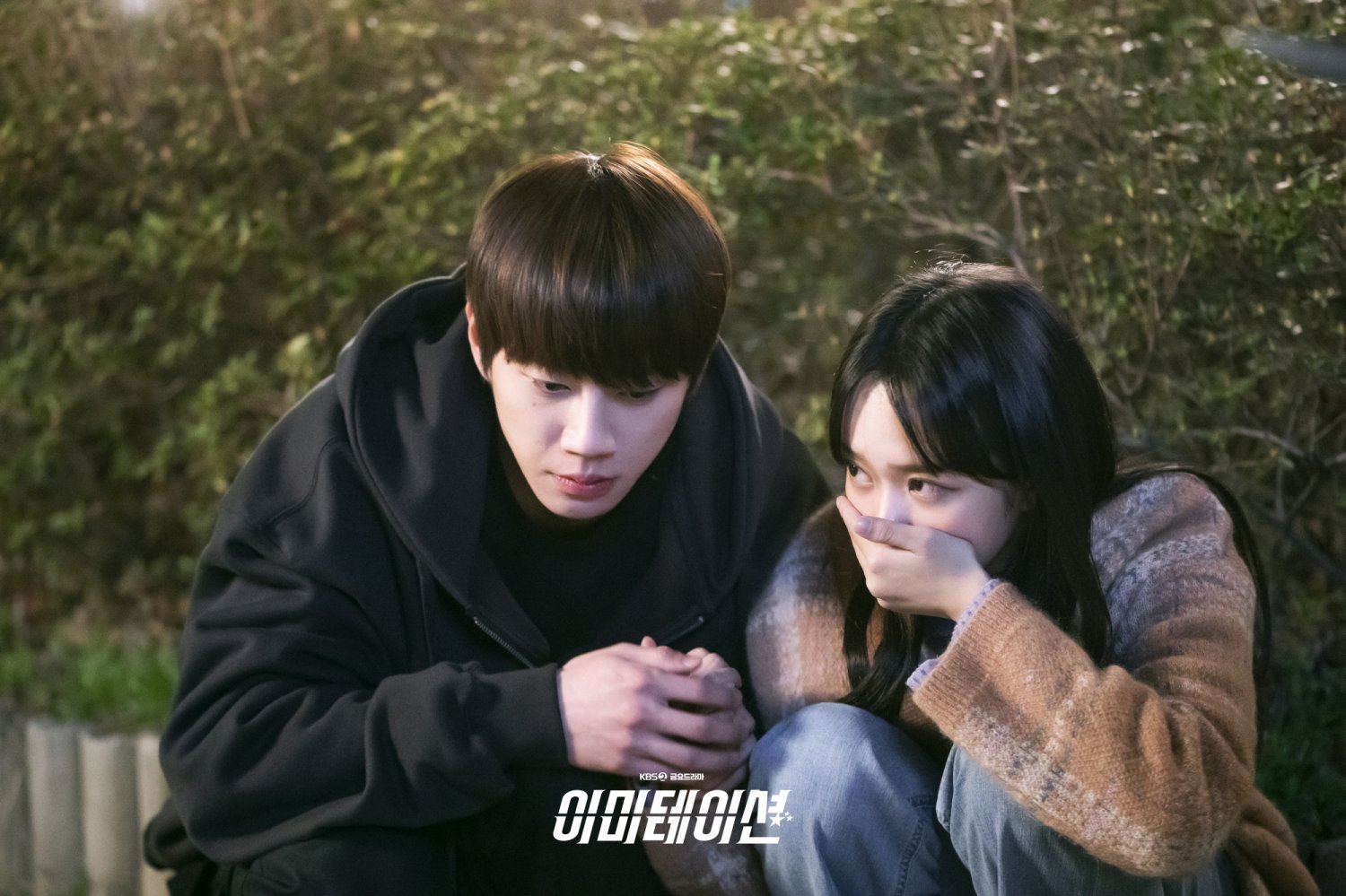 Jung Ji So plays the aspiring K-pop idol Ma Ha in this series. Ma Ha has been struggling for years trying to become an idol, and just when she is about to have her big break, it gets stripped from her in a matter of seconds. She continues to work hard to get back on her feet and debut, but it proves to be very challenging.

“Imitation” was able to provide K-pop lovers with a great lineup of idol actors. From members of ATEEZ, SF9, T-ara, and even veteran group g.o.d, this massive cast of idols provided a very realistic bird’s-eye view into the world of K-pop. From the very beginning where a trainee is dreaming of debuting to an already famous idol who is struggling with his mental health and past trauma, “Imitation” is the perfect series to watch if you’re fascinated by the K-pop industry. 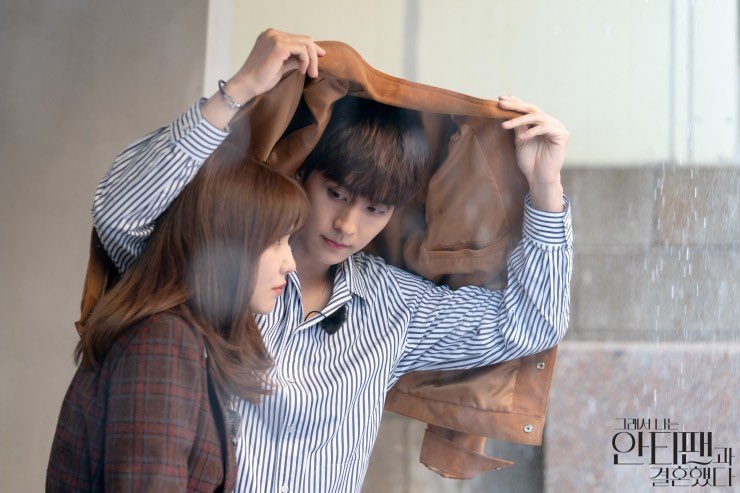 “So I Married the Anti-Fan” stars Choi Tae Joon as Who Joon, a top star who is very arrogant and full of himself. Girls’ Generation’s Sooyoung stars as Lee Geun Young, a magazine reporter who despises Who Joon and is his ultimate “anti-fan.” Destiny brings them together as they are both offered to participate in a reality show where a celebrity and his anti-fan are to live together. They both accept the offer as a result of some difficult personal situations, and they obviously fall in love!

It took a few years before this series came out, and many fans were anticipating the chemistry between Choi Tae Joon and Sooyoung. Although there isn’t much emphasis on the hardships of being an idol, you definitely see how difficult it would be for someone to be in love with an idol superstar. With all the spotlight being on a person, there are hardly any moments of privacy, which is shown in this series. Despite this, it’s sweet seeing how much Who Joon is willing to sacrifice to be with Geun Young! 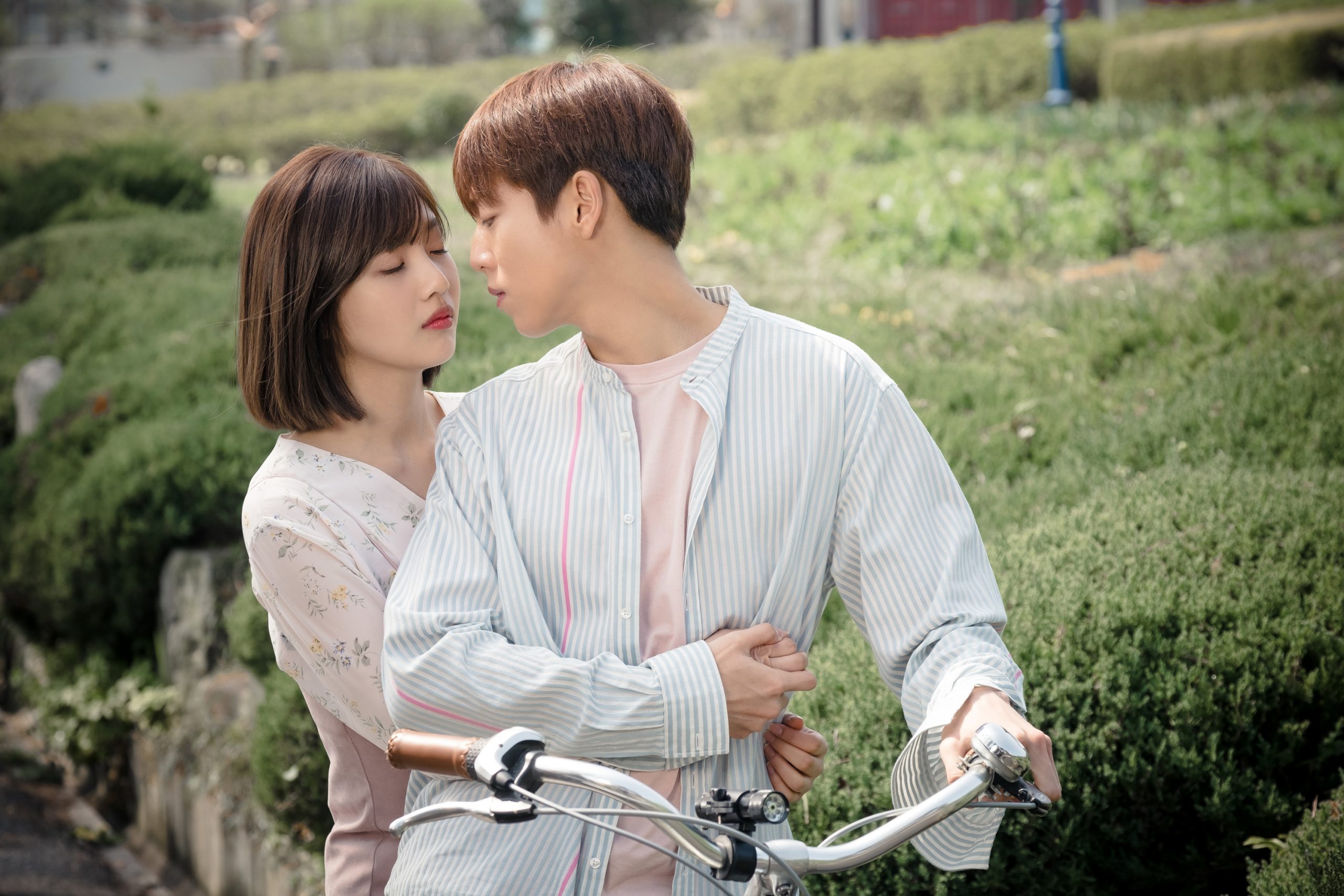 “The Liar and His Lover” is about a very gifted and successful producer named Kang Han Kyul (Lee Hyun Woo) who is known for writing hit songs for a famous boy group called Crude Play. Joy plays a poor high school student named Yoon So Rim who is part of a band with her two male friends. Yoon So Rim falls in love at first sight with Kang Han Kyul when she randomly passes by him on her bike.

There are so many aspects to this series that make it compelling. On the one hand, you have the story of a genius songwriter who was supposed to be part of a very famous idol group, and on the other hand you have a talented young girl and her band who are trying to achieve their dreams. You get a very unique perspective in the industry through these various characters, and you really start hoping that they will achieve their dreams. The message is clear—it’s an uphill battle but one worth going on. 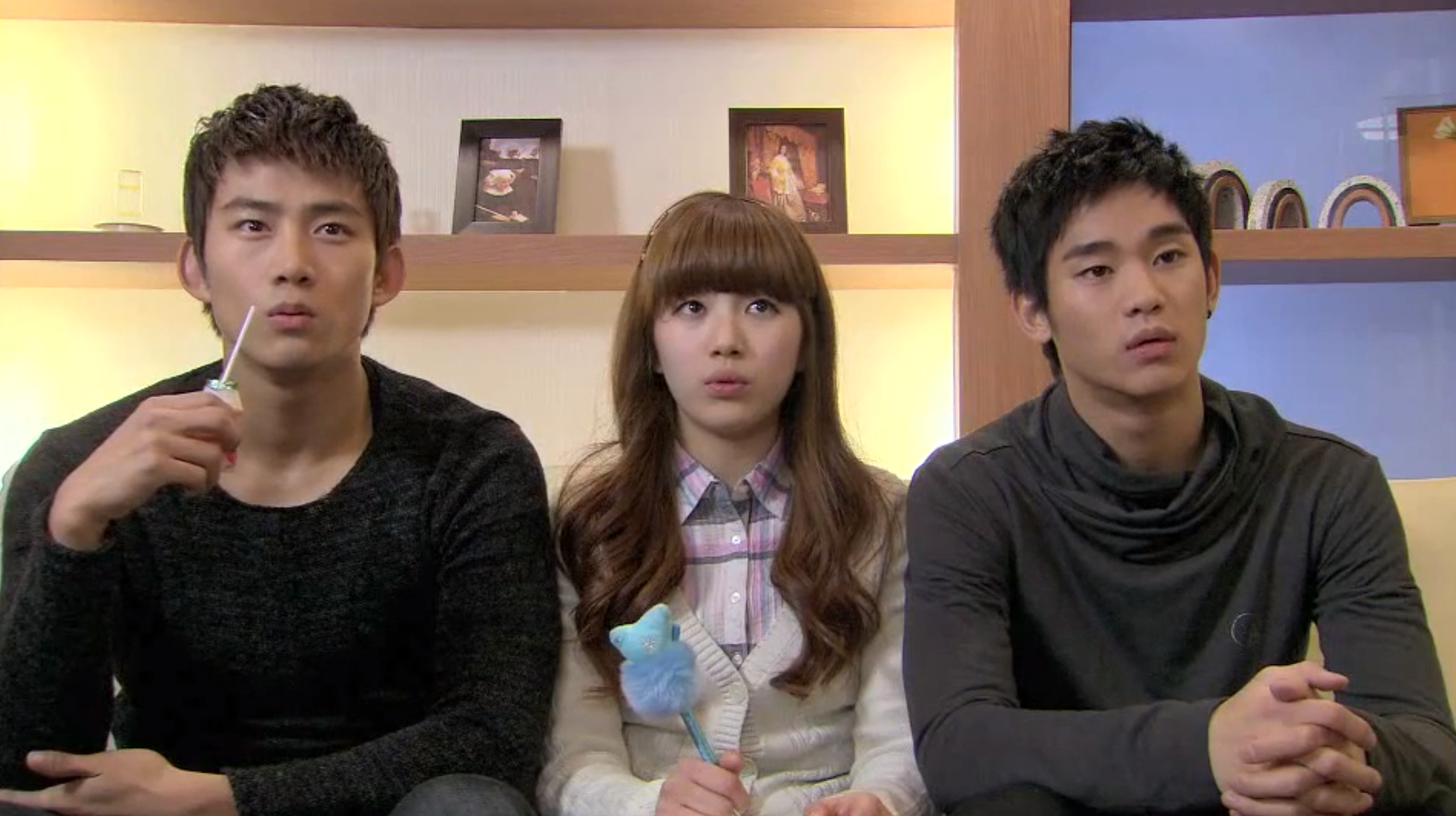 “Dream High” tells the story of several high school students who aspire to become K-pop idols. Go Hye Mi (Suzy) must convince two other students to come to her school in order for her to get accepted into the program. One of these students is Song Sam Dong, played by Kim Soo Hyun. He is a boy from the countryside who meets Hye Mi and falls in love with her, following her to Kirin Art High School.

This is the idol series that everyone thinks about when K-pop themed K-dramas are brought up. “Dream High” is not only about K-pop trainees who are hoping to become idols, but there are a whole bunch of actual idols who star in the series. Courtesy of JYP Entertainment, there are several idols from the entertainment company who make appearances and have decent roles, and the love lines and performances shown throughout the series provide a different light to the idols that we already knew prior to. 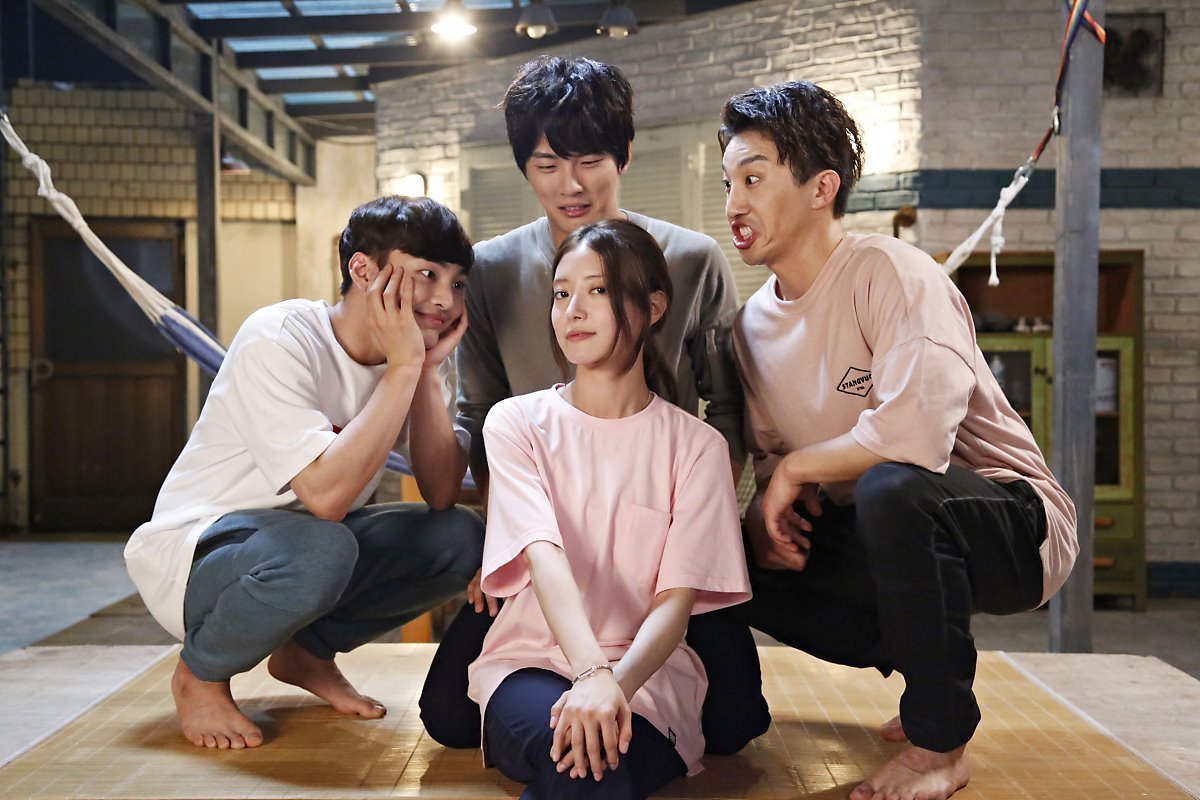 There’s so much to love about “The Best Hit.” With its star-studded cast of Yoon Shi Yoon, Lee Se Young, Kim Min Jae, Cha Tae Hyun, Lee Deok Hwa, and Cha Eun Woo, you can expect to be entertained. When Yoo Hyung Jae (Yoon Shi Yoon), a ’90s idol, finds himself transported to the modern day, he’s very confused. But when he falls in love with Woo Seung (Lee Se Young) and discovers that Ji Hoon (Kim Min Jae) is his long-lost son, he starts to wonder if he really wants to go back to his time in the past.

Although the series doesn’t focus completely on a K-pop idol’s life, it does focus on several idols who are in the industry and going through real life issues. Yoon Shi Yoon’s character is an idol who had reached stardom, and he is taken into the future where he meets his son. You see the big-headed idol understand what the true meaning of life is and learn to put others before himself, a concept he was not sure about before. It’s a heartfelt series that will provide emotional warmth! 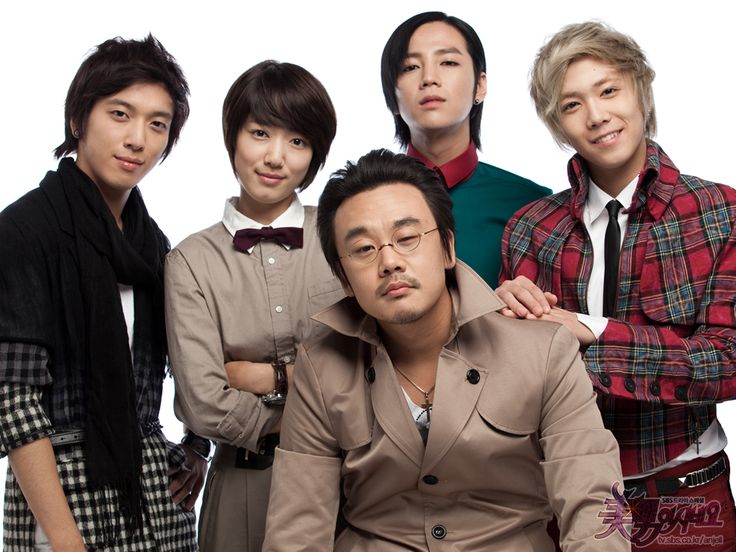 “You’re Beautiful” is a classic K-drama starring Jang Geun Suk as Hwang Tae Kyung and Park Shin Hye as Go Mi Nam. Go Mi Nam joins Tae Kyung’s rock group in replacement of her twin brother, but as the other group members slowly catch on that Mi Nam is actually a girl, they start to develop strong feelings for her.

This classic series has got all the K-drama tropes to draw you in. Although cheesy at times, the romance and chemistry between the two leads as well as the love square will keep you on your toes. The soundtrack and seeing the characters in this group evolve from beginning to end make this a story worth getting invested in. You’ll love seeing an innocent Go Mi Nam go from being a nun to a lovestruck superstar idol! 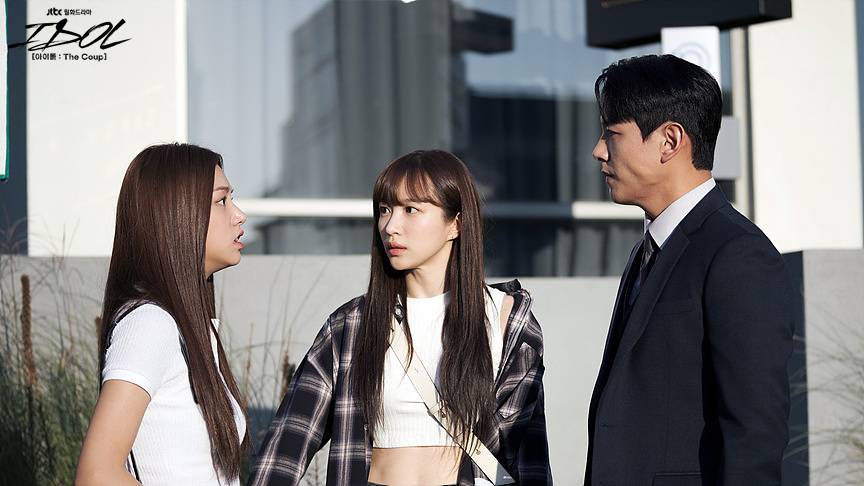 “IDOL: The Coup” has a cast of several idols and also showcases the hardships of idol life. Starring Hani, Kim Min Kyu, and Kwak Si Yang, it is a drama about idols who are struggling or could not reach stardom.

Probably one of the more heavier and realistic series on this list, “IDOL: The Coup” gives a first-hand experience of an idol group that is truly struggling to make it big in the industry. While trying to make ends meet, they contemplate giving up on their dreams. It’s an emotional rollercoaster that will have you very much rooting for the success of the group Cotton Candy. There is also some impeccable acting courtesy of Hani that will make you a fan! 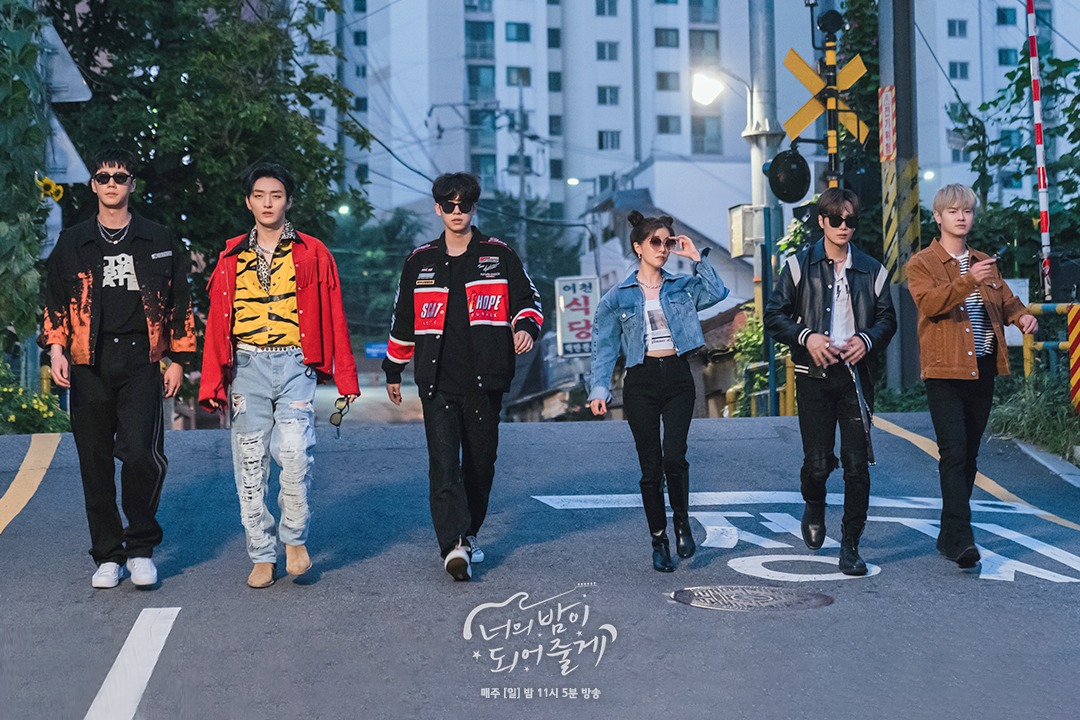 This series stars Lee Jun Young as Yoon Tae In, the leader of a popular K-pop group called LUNA. When Yoon Tae In struggles with sleepwalking and other mental health issues, his manager hires In Yoon Joo (Jung In Sun) as a doctor to live with the idol group. What LUNA doesn’t know is that Yoon Joo is not actually a doctor.

Another star-studded cast of K-pop idols, “Let Me Be Your Knight” has a perfect balance of seriousness and comic relief. Viewers get an in-depth look into the mind of Tae In, a K-pop idol who is struggling with some mental health issues. The love story that commences between the “doctor” and a K-pop star is heart-fluttering, showing the strong feelings developed between the two. You will love seeing the dynamics between the idols and Yoon Joo!

Hey Soompiers, which of these K-pop themed K-dramas was your favorite? Let me know in the comments below!

Soompi Spotlight
Dream High
You're Beautiful
The Liar and His Lover
The Best Hit
Imitation
So I Married the Anti-Fan
IDOL: The Coup
How does this article make you feel?