KBS 2TV’s “if You Wish Upon Me” has shared new stills ahead of the next episode!

“If You Wish Upon Me” is a drama inspired by a real organization in the Netherlands that fulfills the wishes of terminal cancer patients. Ji Chang Wook will star as Yoon Gyeo Re, a man who has been pushed to his limits by a difficult life full of struggles. However, when Yoon Gyeo Re winds up having to volunteer at a hospice, he finds his life changing in unexpected ways while helping to make the patients’ wishes come true.

Previously, Yoon Gyeo Re started his volunteer work at the hospice hospital. His cold heart softened a bit for the sick patient Mr. Pyeon (Jun Moo Song), who thanked him for his help. At the end of the second episode, Yoon Gyeo Re went back to the hospice to pack the rest of Mr. Pyeon’s belongings when he noticed a mysterious room with a lock on it.

The newly released stills capture the continuing development after he comes upon the room of secrets. Yoon Gyeo Re leans towards it with brimming curiosity as he holds his dog in his arms. He becomes vigilant at the sudden appearance of Kang Tae Shik (Sung Dong Il), who warns him with a surprised and hardened expression on his face. Suddenly, Kang Tae Shik receives a message that causes him to grow alarmed. In the upcoming episode, viewers can learn more about what wish they will have to fulfill next and the secret connection between the two characters. 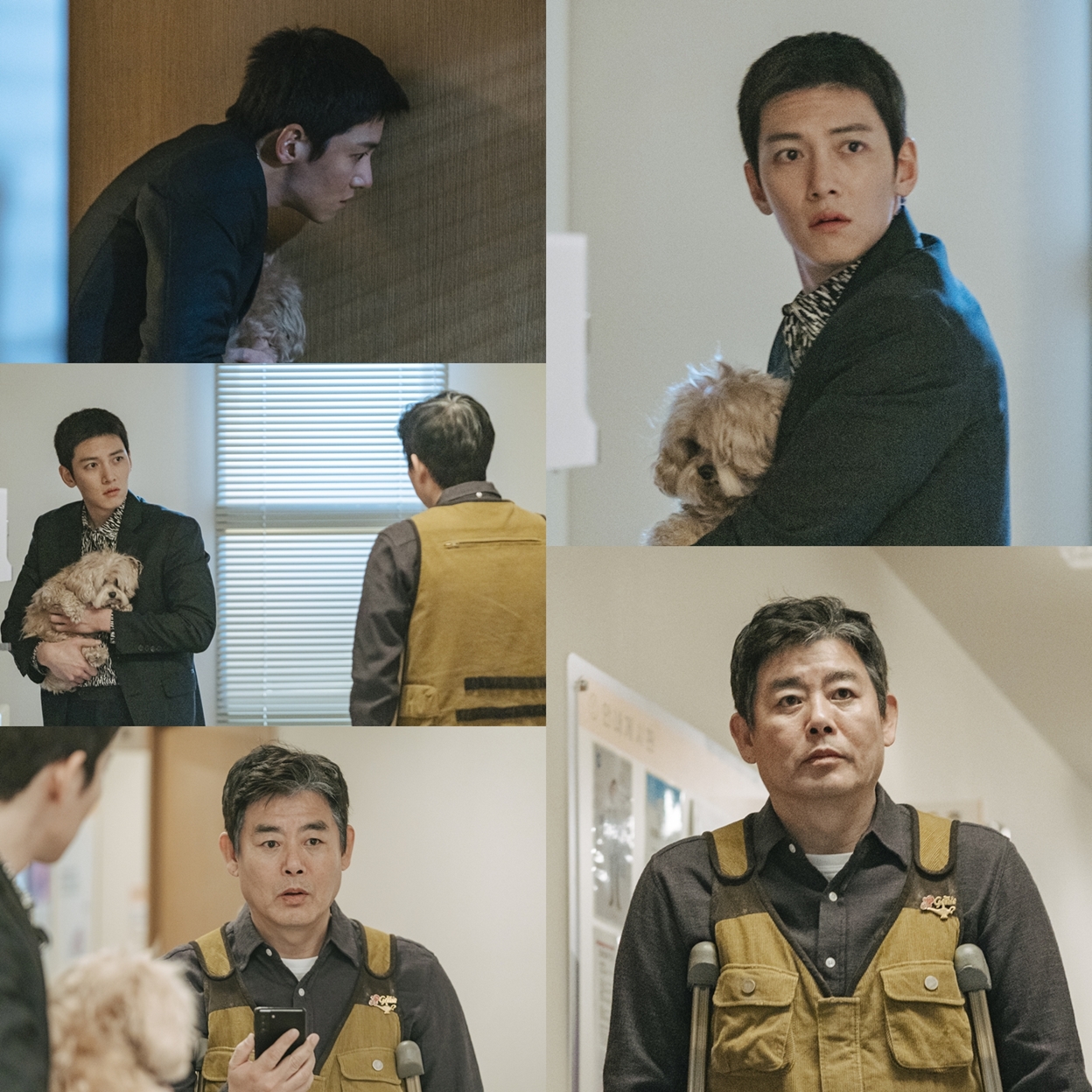 Ji Chang Wook
Sung Dong Il
If You Wish Upon Me
How does this article make you feel?