“Unexpected Country Diary” (literal title) is based on a web novel of the same name and is about a man from Seoul meeting a policewoman while living in the countryside. Along with the love story of the two characters against the backdrop of fresh nature, the drama will depict the joys and sorrows of the pure and humane people of Heedong Village.

Joy plays the bright and lovely policewoman Ahn Ja Young, a Heedong Village native and a people person who gets along with everyone in town. If anything happens in Heedong Village, Ahn Ja Young will always show up and help resolve matters.

Chu Young Woo takes on the role of Han Ji Yool, a veterinarian from Seoul who wishes to get out of Heedong Village as soon as possible. After working in the city, Han Ji Yool finds himself in charge of an animal hospital in the countryside and starts having to look after large animals like cows and goats.

The main poster features the three lead characters posing against the backdrop of the radiant and fresh Heedong Village, which is filled with warmth and friendliness. Ahn Ja Young, Han Ji Yool, and Lee Sang Hyun are sitting on a tractor under the clear sky. First off, Ahn Ja Young smiles brightly as she holds onto the tip of her straw hat. On the other hand, Han Ji Yool looks uncomfortable as if he can’t adjust to his new home, but he firmly holds onto the puppy. Lee Sang Hyun further excites drama fans by exuding the vibes of a youthful farmer as he takes the wheel. 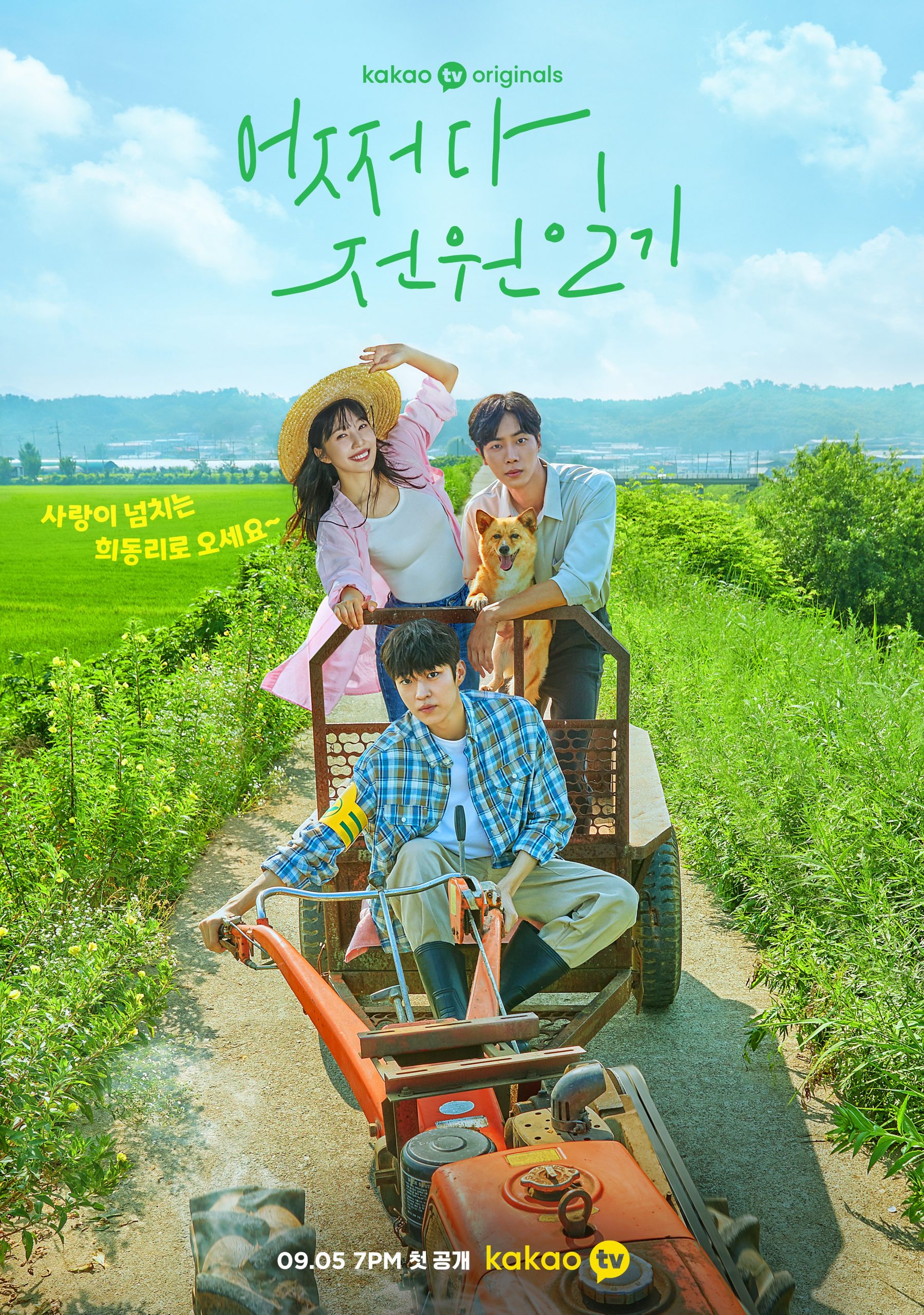 The production team stated, “When Joy, Chu Young Woo, and Baek Sung Chul come together, light literally pours out. Their good looks, passion, acting [skills], and energy overflow the screen. Even at the outdoor poster shooting in the sweltering weather, the trio did not lose their bright smiles and cheered up the staff, creating a more beautiful image. In September, when the cool breeze begins to blow, we hope you can enjoy the countryside life with the people of Heedong Village, who are full of warm hearts and affection, with ‘Unexpected Country Diary.'”

The first episode of the new series will air on September 5 at 7 p.m. KST.