“Little Women” is a new drama about three sisters with a close bond who grew up in poverty. When they get swept up in a major incident, they are catapulted into a new world of money and power that is unlike anything they’ve known before—and wind up facing off against the wealthiest family in the nation.

Kim Go Eun will star as the eldest sister Oh In Joo, who is determined to protect her family with money, while Nam Ji Hyun will play the middle sister Oh In Kyung, a news reporter who does not want to bow down to money and aims to always do what’s right. Park Ji Hu will play the youngest sister Oh In Hye, who is overwhelmed by the love of her older sisters who work hard for her sake.

The newly released poster features the trio of sisters surrounded by the people they will meet as they enter the upper echelons of society. Oh In Joo holds her sisters’ hands and puts on a brave face as she daringly takes the lead, while Oh In Hye looks nervous as she clutches her older sister’s arm for support.

Meanwhile, the poster’s caption highlights Oh In Joo’s lofty ambitions, reading, “From the lowest and darkest place [in society] to the highest and brightest.” 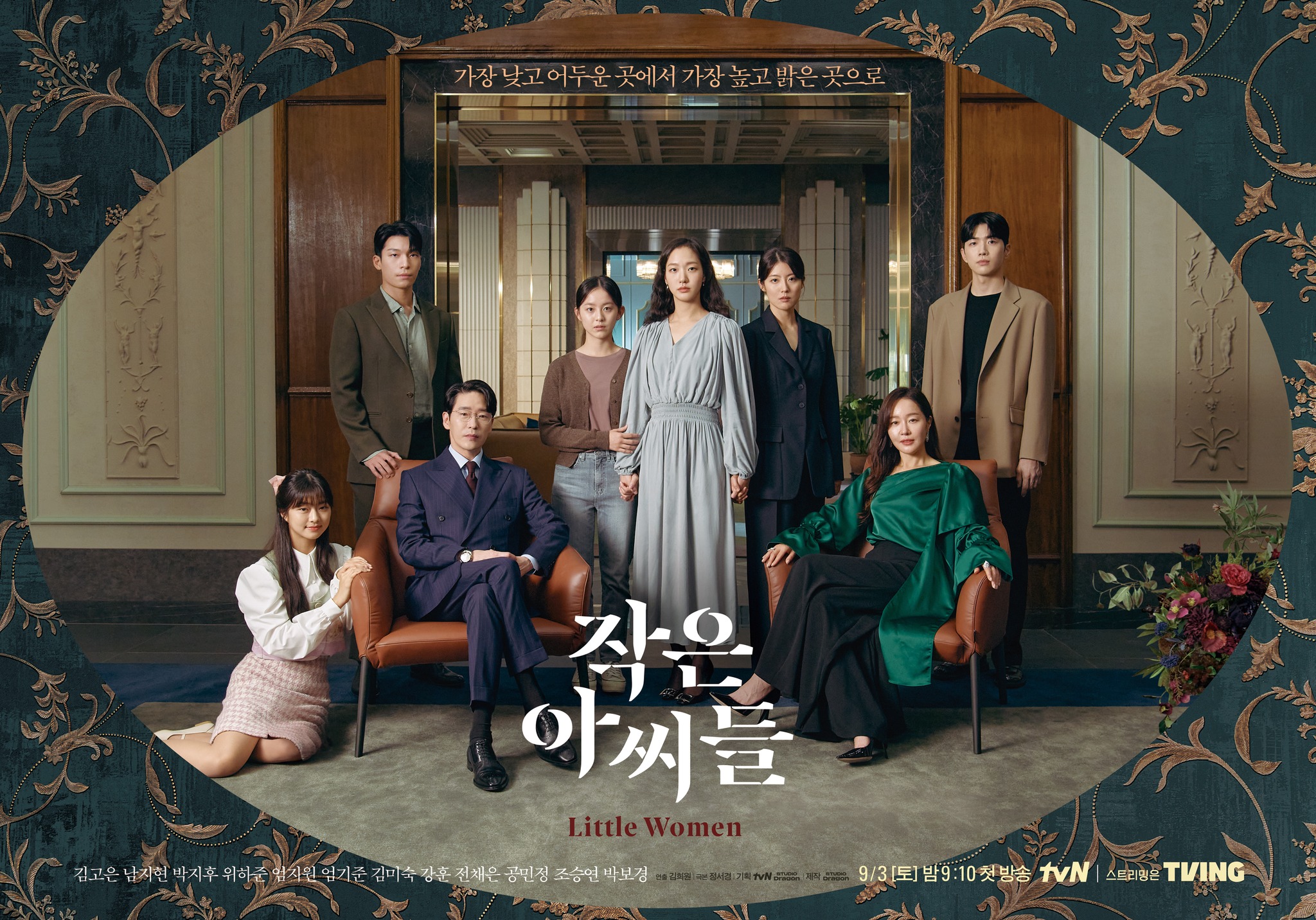 The producers of “Little Women” teased, “As characters who have lived their lives in different worlds get swept up in a major incident, they begin to become entangled with one another. An entertaining story will unfold due to these characters’ dynamics, which are like a microcosm of society.”

“Little Women” will premiere on September 3 at 9:10 p.m. KST. Check out a teaser for the drama here!

In the meantime, watch Kim Go Eun in her previous drama “Yumi’s Cells 2” with subtitles below…

…and Uhm Ki Joon in “The Penthouse 3” below!