Set against the backdrop of the 1988 Seoul Olympics, “Seoul Vibe” is a tale about an unimaginably grandiose plot for a slush fund robbery—and the thrilling car chase that ensues on the streets of Seoul. Described as an “action blockbuster,” the movie will revolve around the “Samgyedong Supreme Team,” a crew of talented drivers that gets involved in investigating the slush fund.

To match the theme, each poster features unique items that represent each character.

Yoo Ah In will transform into Dong Wook, the confidence-oozing leader of the “Samgyedong Supreme Team.” Even when facing the most powerful figures, he doesn’t back down. 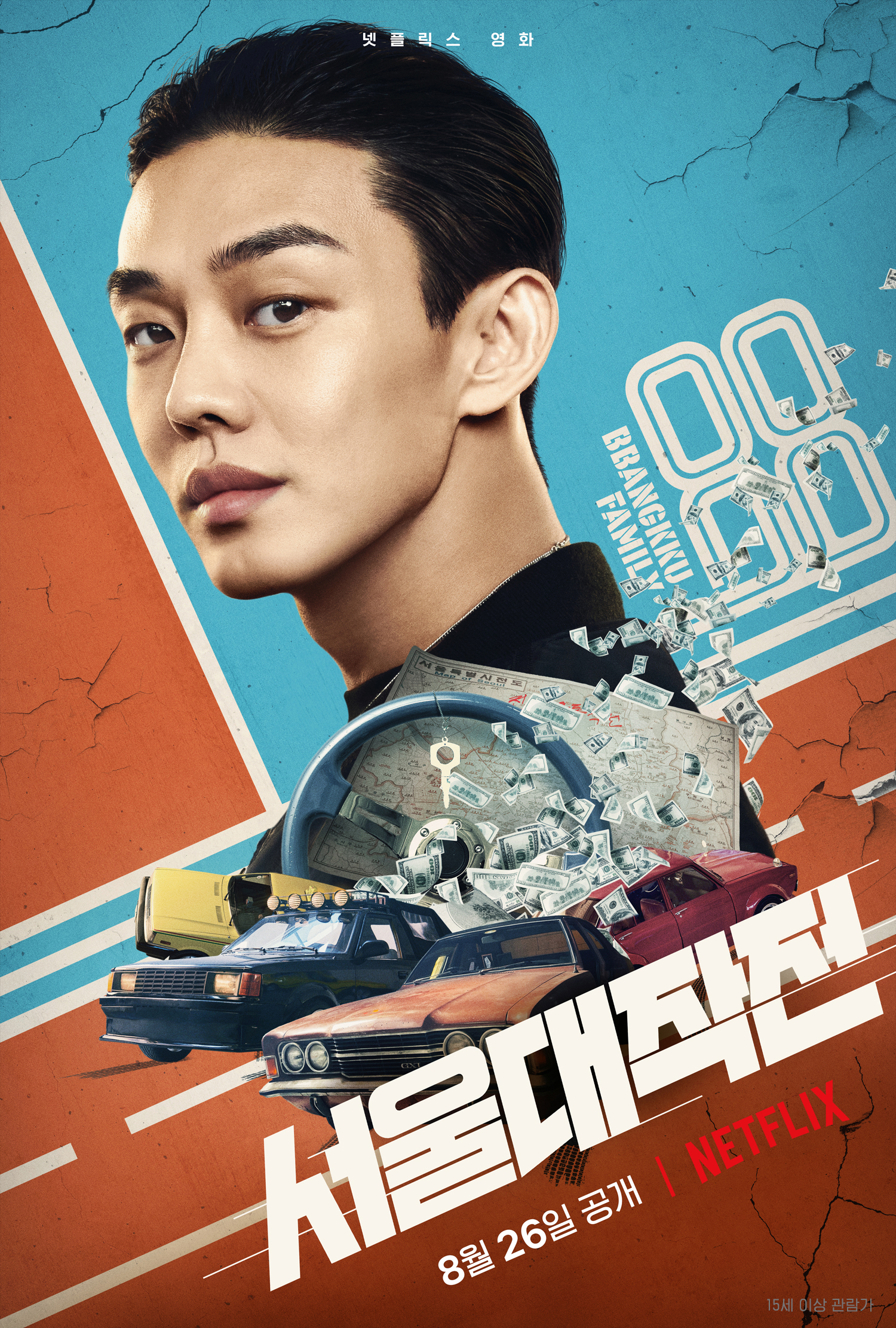 As for Go Kyung Pyo, his role involves being the DJ of the group. Woo Sam is the one that makes his own mixtapes for each chase the group undertakes. He even manages to disguise himself as a professional DJ and get hired for a party hosted by Chairman Kang (Moon So Ri), where he also performs spy duties. 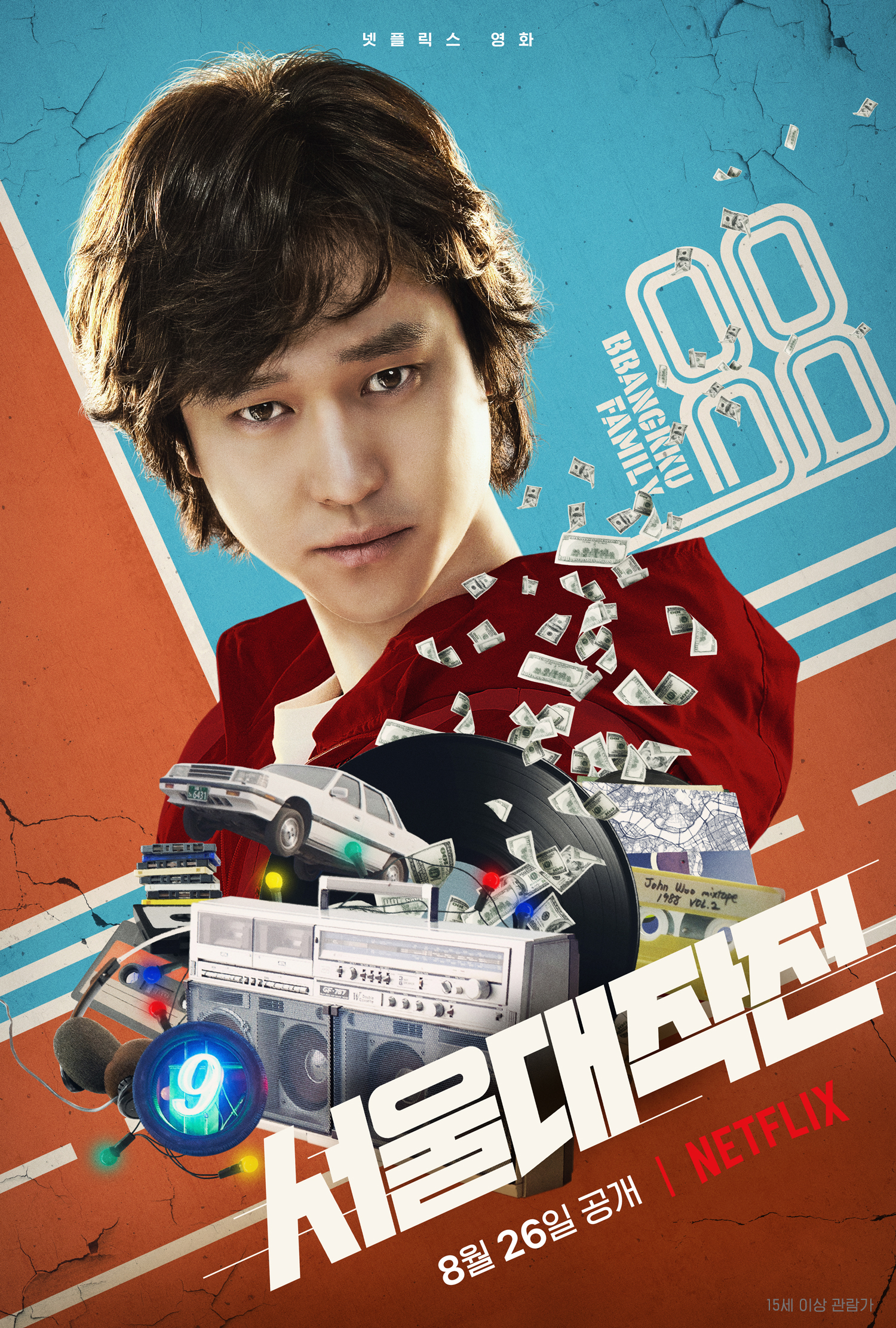 The poster for Lee Kyu Hyung’s character Bok Nam makes it obvious that he’s a taxi driver. As the oldest of the group, he knows every street and corner of Seoul like the back of his hand. His expertise saves the group in critical moments, and his hearty dialect is a definite plus. 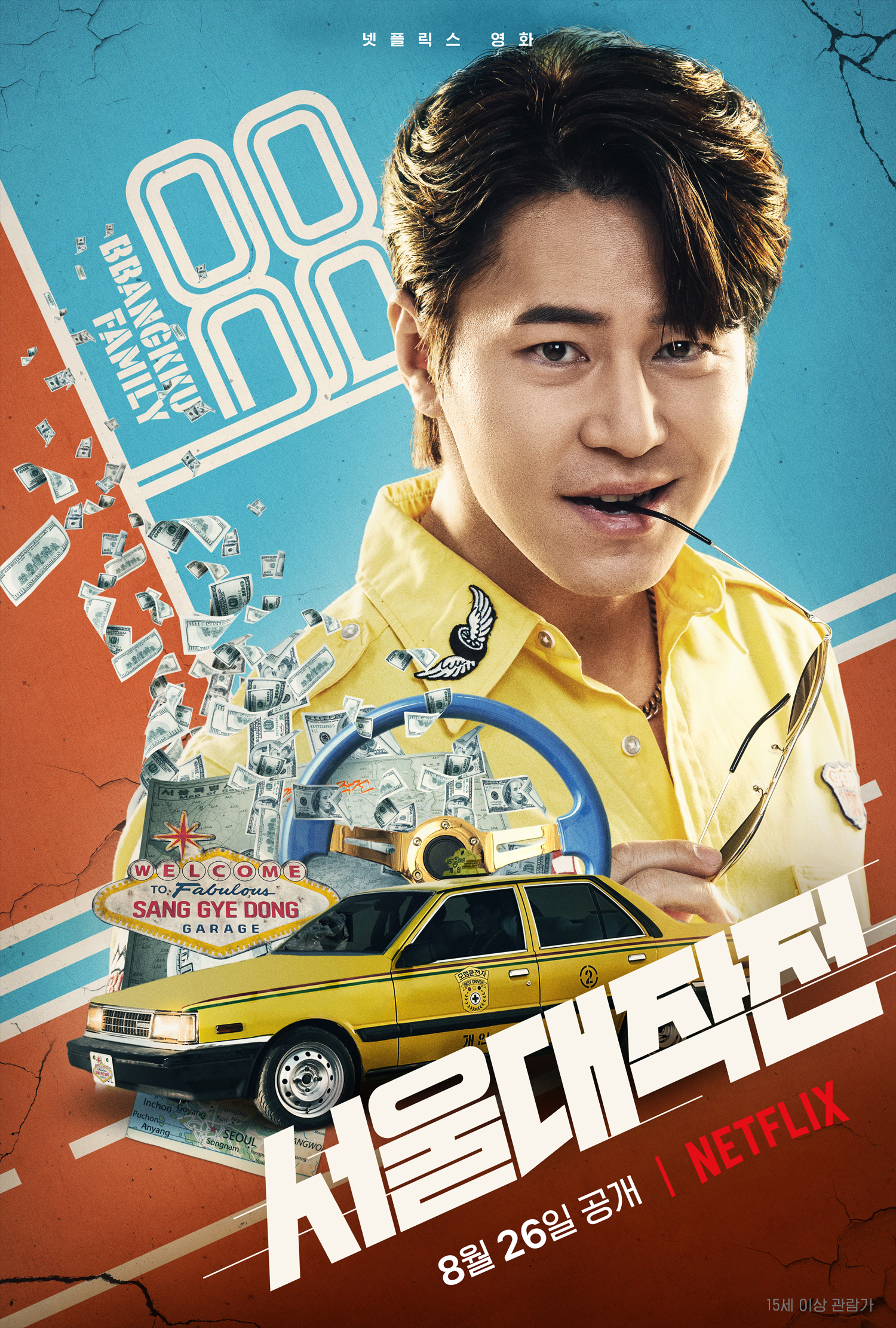 Yoon Hee is Dong Wook’s little sister that also happens to be the head of Seoul’s biggest bike club. Played by Park Ju Hyun, Yoon Hee’s relentless personality comes to the group’s rescue with her ability to think quick on her feet. 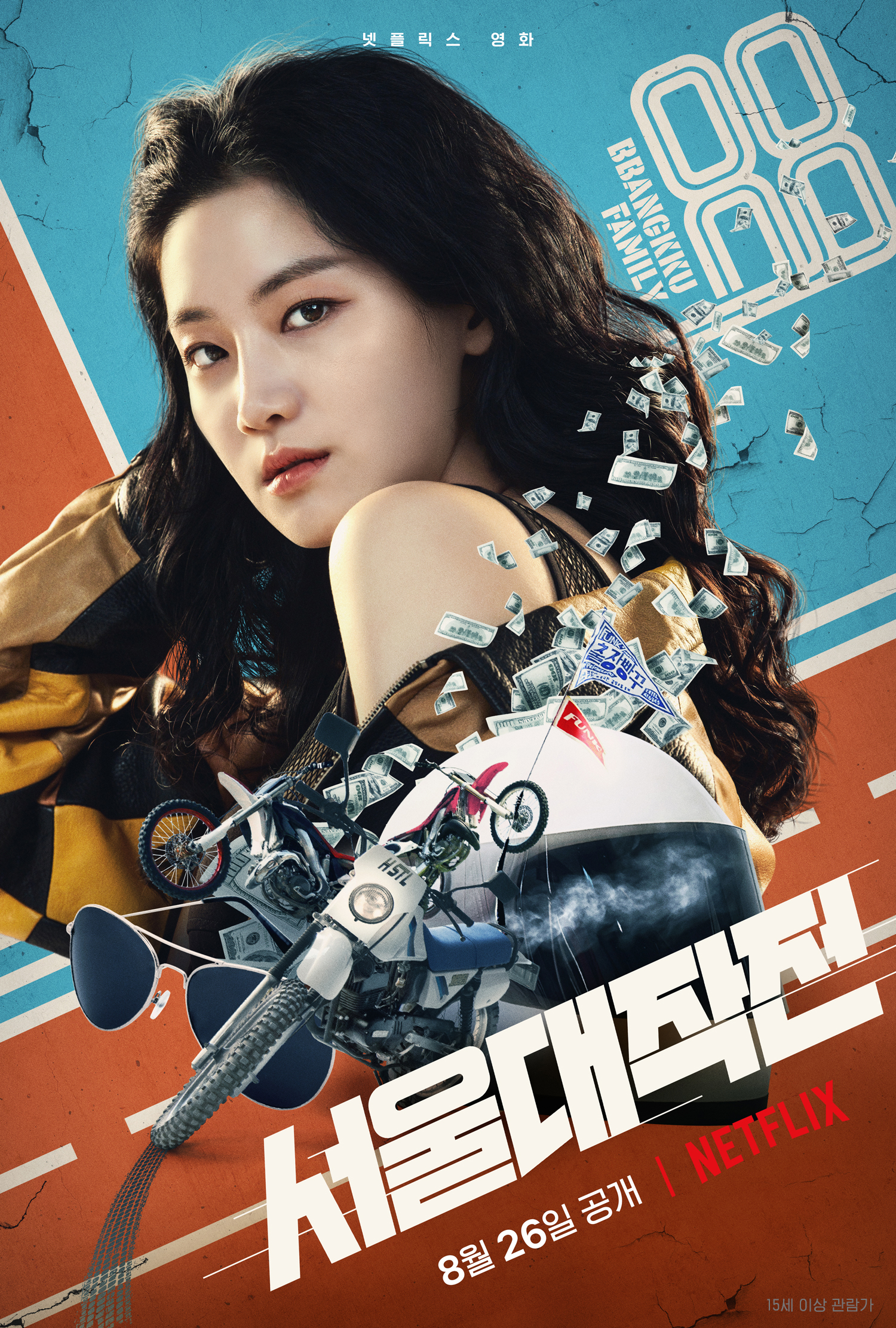 The youngest of the group, Joon Gi, is a genius mechanic played by Ong Seong Wu. Fittingly, his nickname is “Samgyedong’s MacGyver.” 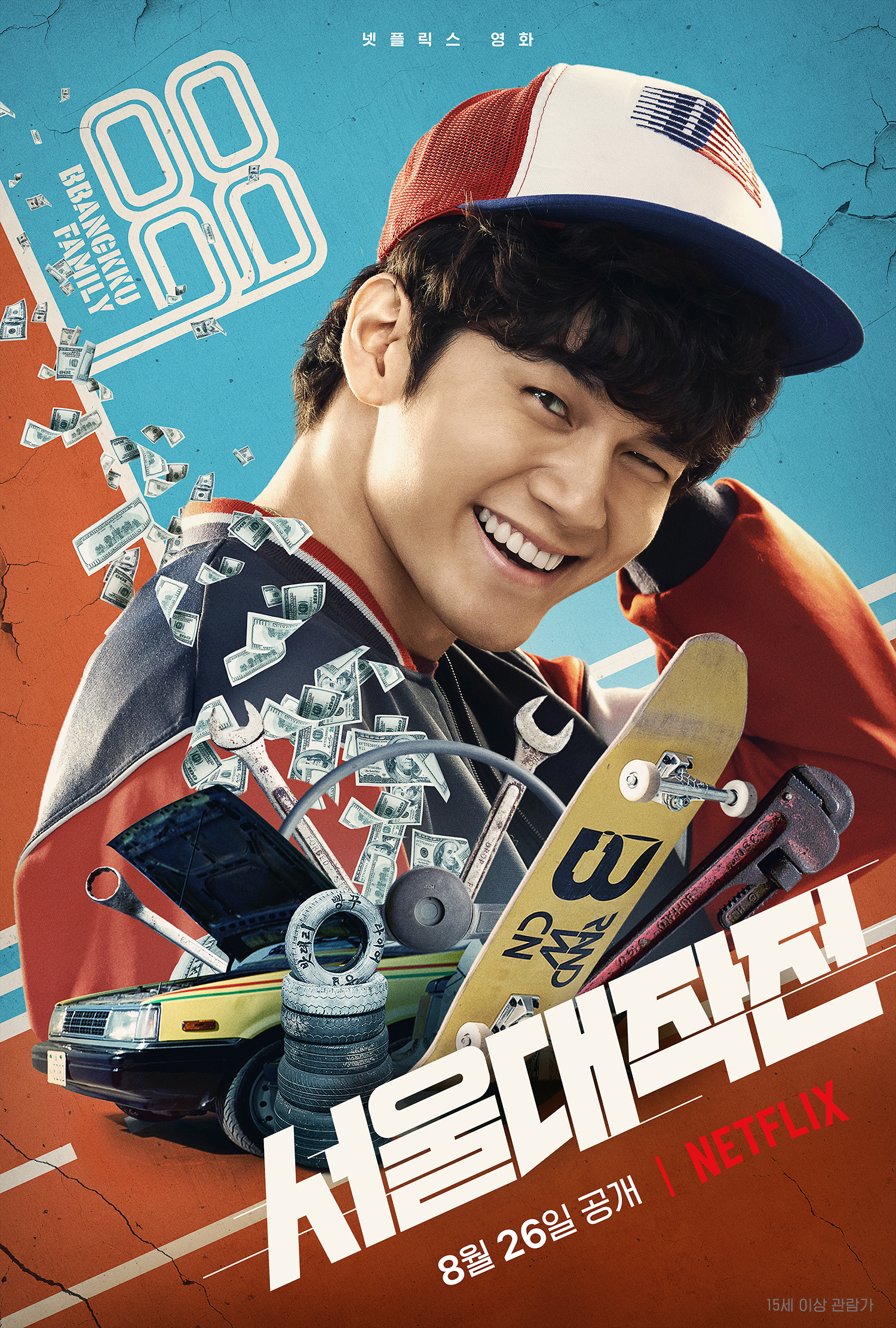 “Seoul Vibe” will be released on Netflix on August 26. Watch a trailer for the film here!

In the meantime, check out Ong Seong Wu in “More Than Friends” below: