Park Eun Bin will face a crossroads of decisions in the final episode of “Extraordinary Attorney Woo”!

On the previous episode, Woo Young Woo and her fellow colleagues Choi Su Yeon (Ha Yun Kyung) and Kwon Min Woo (Joo Jong Hyuk) formed an alliance against the tyrant Jang Seung Jun (Choi Dae Hoon). The three of them showed brilliant teamwork, but there are still some issues left unresolved, including Woo Young Woo’s love life and her connection with birth mother Tae Su Mi (Jin Kyung) of Taesan and her half-brother Choi Sang Hyun (Choi Hyun Jin), who might be the hacker involved in the previous case concerning the online shopping mall Raon.

Newly released stills from the last episode depicts the unfinished love story of Woo Young Woo and Lee Joon Ho (Kang Tae Oh). Previously, he wasn’t able to say anything when she revealed the real reason why she broke up with him. He waits in front of her house again, but there is a suspicious man following her. In one photo, Woo Young Woo holds an envelope from the Taesan, and Lee Joon Ho looks uncomfortably at someone as he stands beside her.

In episode 16, Woo Young Woo will also face Tae Su Mi once again. The two become inevitably tangled up with each other due to Choi Sang Hyun, and Han Sun Young’s (Baek Ji Won’s) cold eyes hint that things will not go smoothly at all. 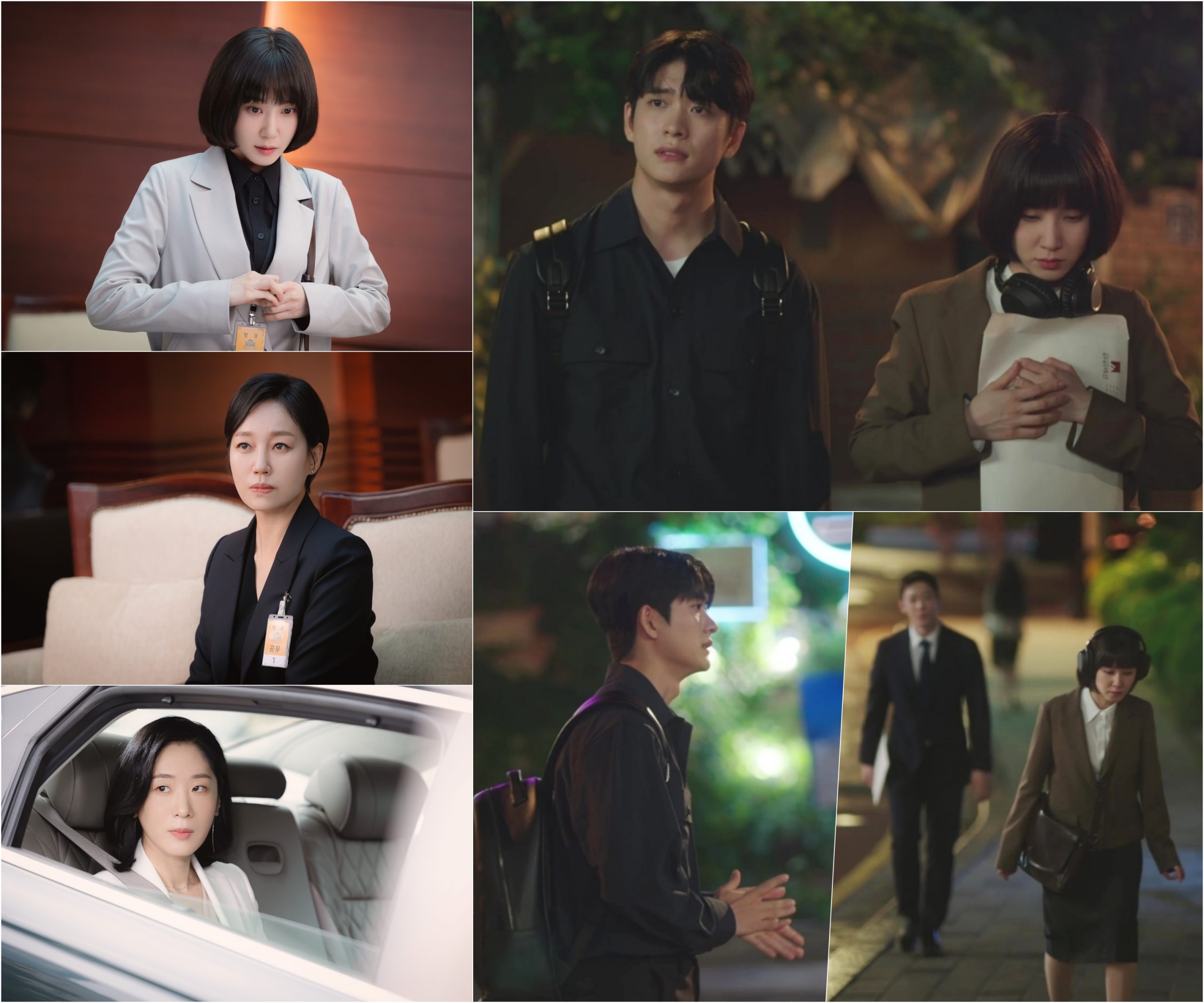 The drama’s producers teased “Woo Young Woo, who has been agonizing over what a true lawyer is, will be at a crossroads again due to this incident. Please watch how Woo Young will grow in terms of work, love, and relationships.”

The final episode of “Extraordinary Attorney Woo” will air on August 18 at 9 p.m. KST.