Based on a webtoon, “Murder DIEary” is dark comedy thriller about an average man who accidentally murders a serial killer and a police detective who is chasing after him. It will be directed by director Lee Chang Hee, who previously helmed the drama “Strangers from Hell” and the movie “The Vanished,” and rookie writer Kim Da Min.

On August 19, it was announced that Choi Woo Shik, Son Suk Ku, and Lee Hee Joon will be starring in the new Netflix series. 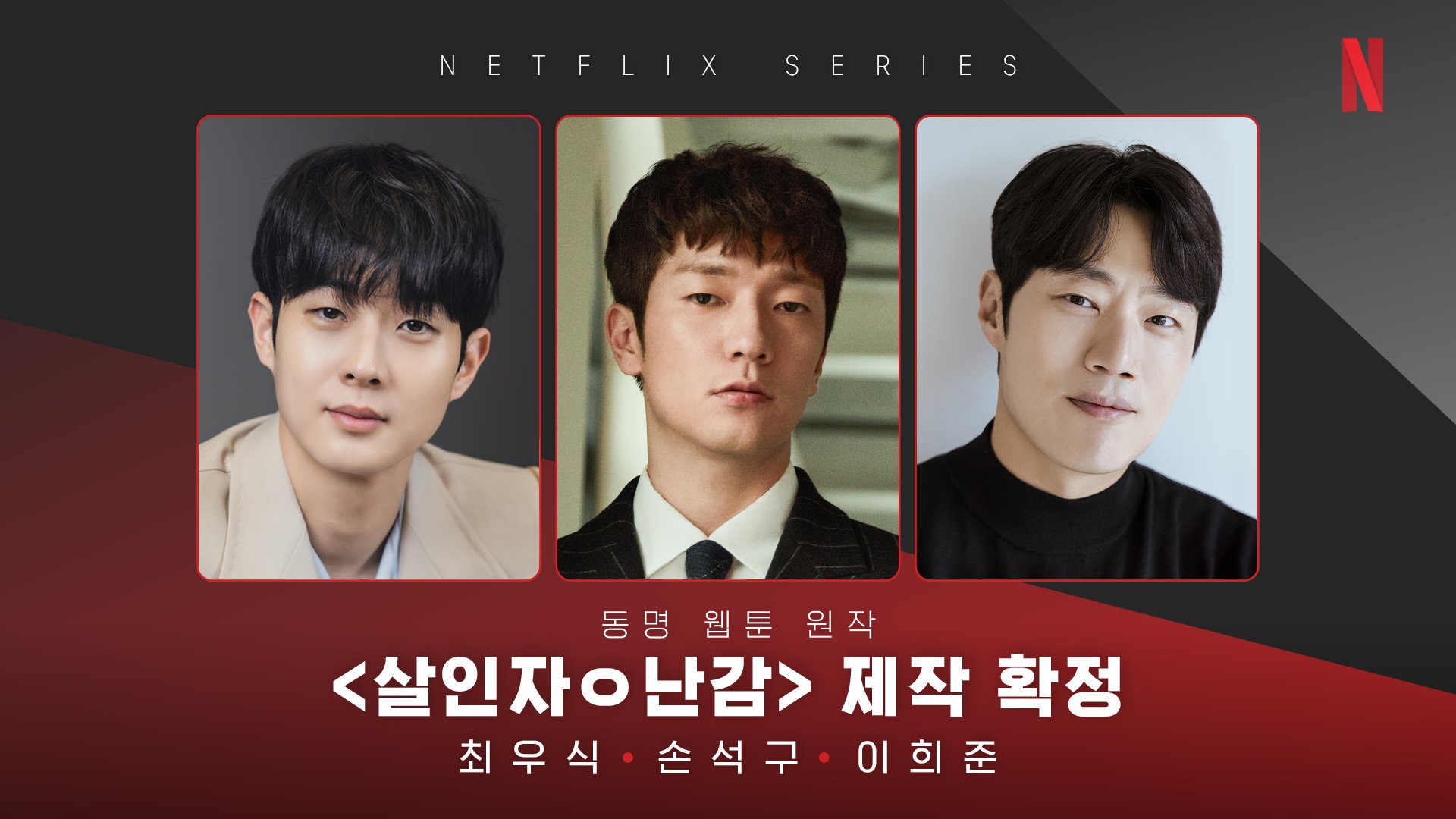 Choi Woo Shik will play Lee Tang, an ordinary college student who becomes aware that he has the ability to distinguish evil people after his first accidental murder. Son Suk Ku will take on the role of the detective Jang Nan Gam, who keeps lingering around Lee Tang with his animal-like intuition and instincts. Lee Hee Joon will star as Song Chon, a former detective who traces the whereabouts of Lee Tang by himself.

What do you think about the lineup?

While waiting for updates, check out Son Suk Ku in “Melo Is My Nature”: