Based on the hit web novel of the same name, “The Law Cafe” is a romantic comedy about Kim Jung Ho (Lee Seung Gi), a genius former prosecutor-turned-libertine landlord, and Kim Yu Ri (Lee Se Young), the eccentric lawyer who becomes his new tenant. Notably, the drama will mark the reunion of Lee Seung Gi and Lee Se Young, who starred in the hit drama “Hwayugi” together four years ago.

The newly released stills depict Kim Jung Ho and Kim Yu Ri engaging in another heated quarrel. The two argue over the real estate contract, which Kim Jung Ho is trying to terminate due to several reasons. However, Kim Yu Ri refuses to back down, and she tells him, “If you want to kick me out, let’s do it according to the law!” The atmosphere rapidly changes when Kim Jung Ho catches Kim Yu Ri before she falls over, and they exchange heart-fluttering eye contact. With subtle hints about their upcoming romance, it will be intriguing to find out how their relationship will change over time. 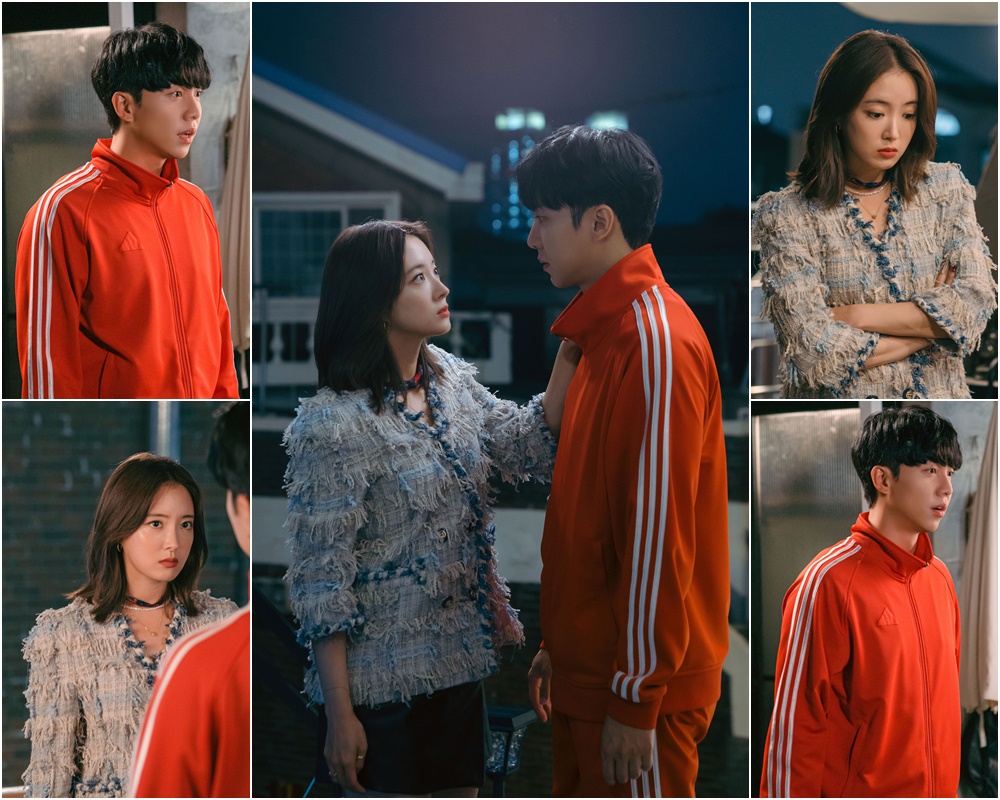 The producers shared, “Lee Seung Gi and Lee Se Young are true actors who lead viewers to immerse [in the drama] with the way they realistically express their emotions. Please look forward to ‘The Law Cafe’ that will give the small screen a lot of romantic comedy sentiments.”