Casts Of “Itaewon Class,” “Love In The Moonlight,” And “The Sound Of Magic” Open An Outdoor Pub In “Young Actors’ Retreat”

TVING’s upcoming variety show “Young Actors’ Retreat” features cast members of “Love in the Moonlight,” “Itaewon Class,” and “The Sound of Magic,” which are all dramas directed by producing director (PD) Kim Sung Yoon. The variety show will show the reunions of the drama cast members but also explore new kinds of chemistry between actors from different dramas while hanging out, playing games, and taking time to bond with one another.

In the image, the 15 cast members are sitting together in front of an outdoor pub stall named “Itaewon Pub.” Included in the photo are Park Seo Joon, Ahn Bo Hyun, Kwon Nara, Ryu Kyung Soo, and Lee Joo Young of “Itaewon Class,” Park Bo Gum, Kim Yoo Jung, Jung Jinyoung, Chae Soo Bin, and Kwak Dong Yeon of “Love in the Moonlight,” and Ji Chang Wook, Choi Sung Eun, Hwang In Yeop, Ji Hye Won, and Kim Bo Yoon of “The Sound of Magic.” Regardless of the dramas that they starred in the past, the actors show close chemistry by hugging each other or putting their arms around each other’s shoulders, boasting a friendly atmosphere.

Joining the cast is special guest Kim Hye Eun who is wearing square glasses in the middle row. The actress previously worked with the members of “Young Actors’ Retreat” through a number of projects such as “Itaewon Class,” “The Sound of Magic,” and “Encounter.” She remarked that she is willing to go out and help the pub, showing that strong teamwork does not change over time and adding anticipation for the show. 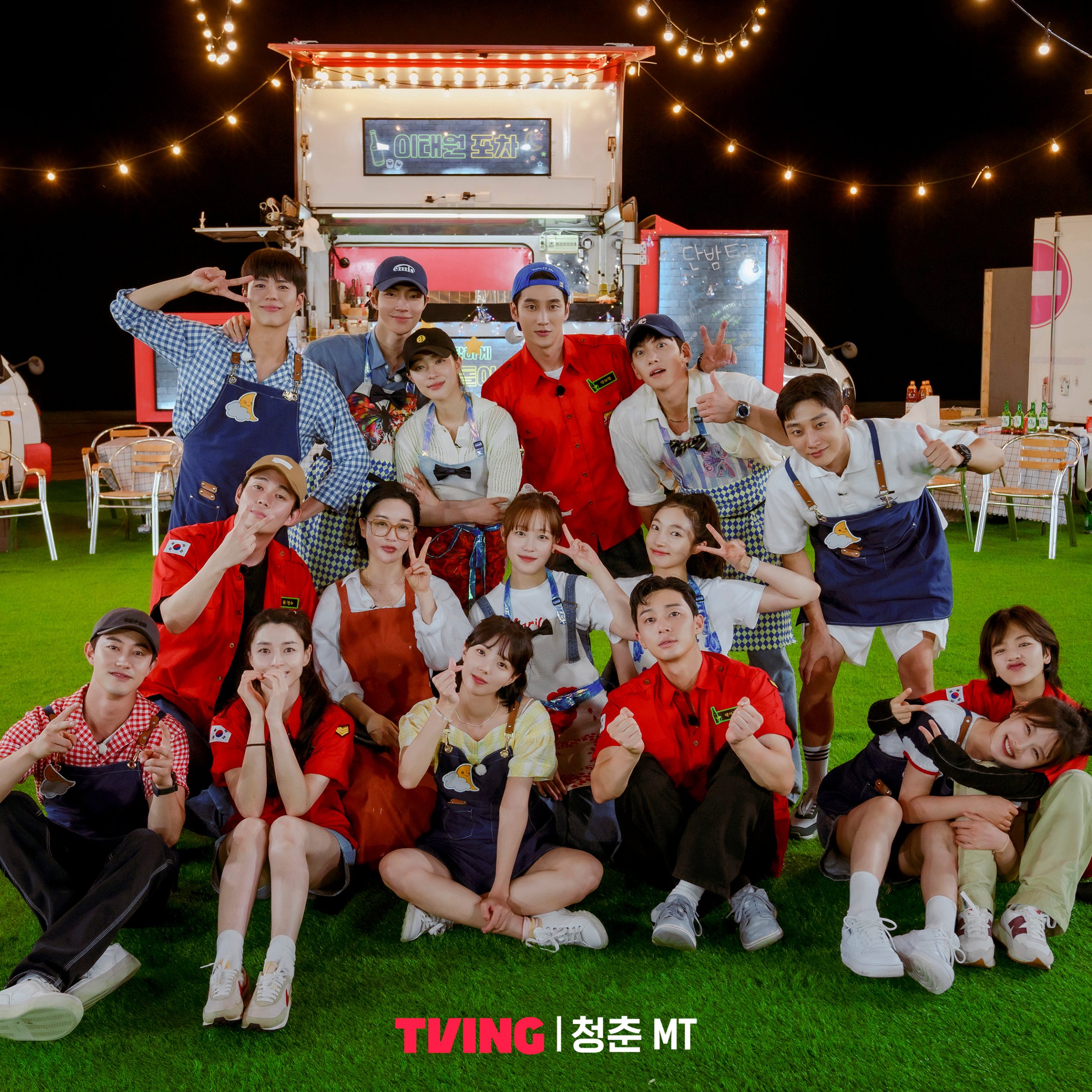 The young actors felt even more strongly supported with Kim Hye Eun’s participation, but they still expressed a lot of nervousness ahead of the pub’s opening. Anticipation is high for the special pub as it was reported that the actors showed great chemistry while going to the supermarket and preparing food all day to get ready for the opening.

“Young Actors’ Retreat” is set to premiere on September 9.

While waiting, watch “Love in the Moonlight” below: