Yoo Ah In, Go Kyung Pyo, Ong Seong Wu, And More Are A Squad On A Mission In Retro Poster For “Seoul Vibe”

There’s a new squad in town!

Set against the backdrop of the 1988 Seoul Olympics, “Seoul Vibe” is a tale about an unimaginably grandiose plot for a slush fund robbery—and the thrilling car chase that ensues on the streets of Seoul. Described as an “action blockbuster,” the movie will revolve around the “Samgyedong Supreme Team,” a crew of talented drivers that gets involved in investigating the slush fund.

First off, Dong Wook (Yoo Ah In), the leader of the Samgyedong Supreme Team, stands in the center with a relaxed smile. He will provide tension in the story and draw the fans in with his spectacular leadership and driving skills. DJ Woo Sam (Go Kyung Pyo) and Samgyedong’s MacGyver Joon Gi (Ong Seong Wu) sit on the hood of the car with big grins, showing off their free spirits.

Bok Nam (Lee Kyu Hyung), the oldest member of the group, catches attention with his bright yellow outfit that makes it obvious that he’s a taxi driver. Dong Wook’s little sister Yoon Hee (Park Ju Hyun) leans against her motorcycle as she exudes “girl crush” charms. With everyone having something to contribute to the squad, it will be intriguing to find out how they’ll achieve their “super special” mission. 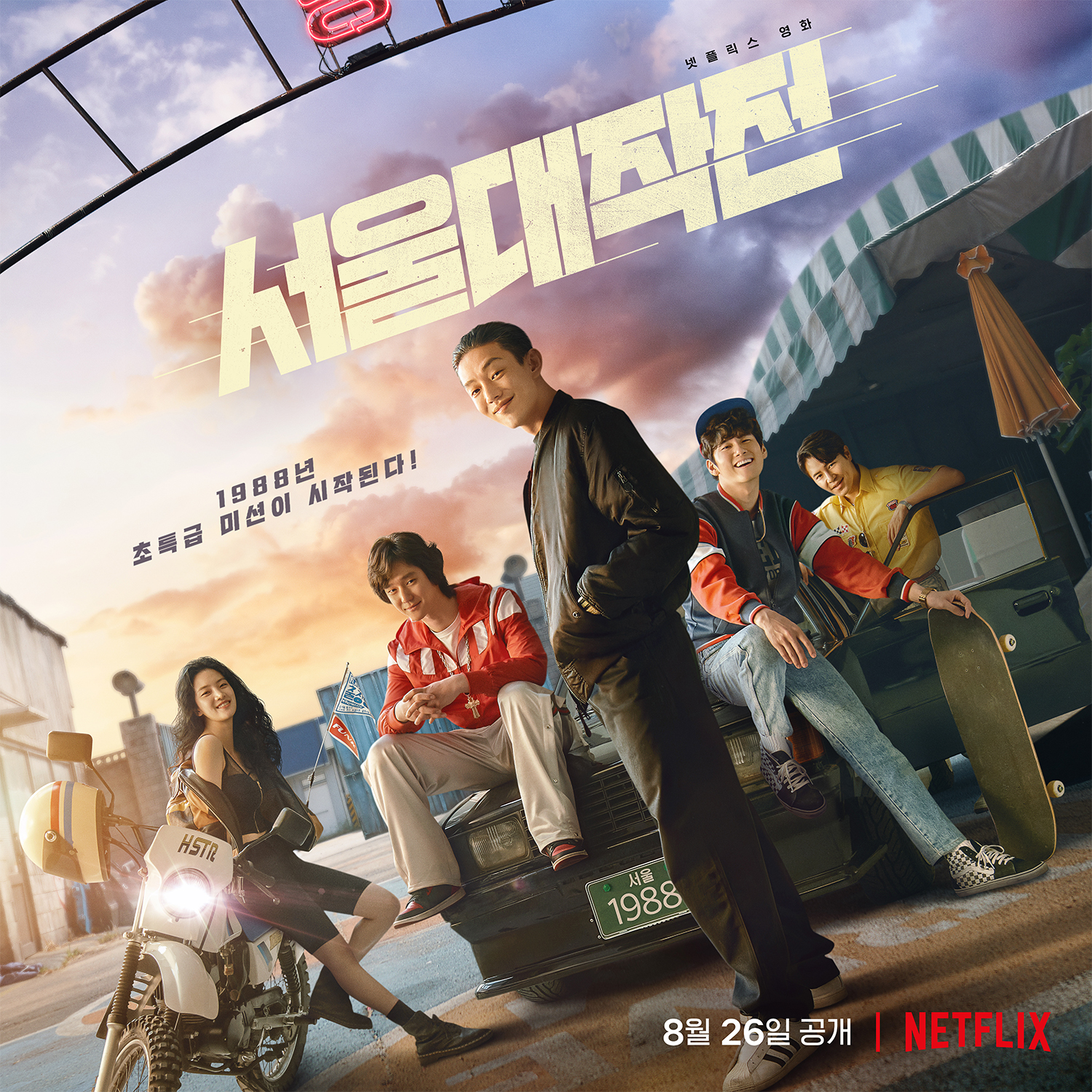 “Seoul Vibe” will be released on Netflix on August 26. Watch a trailer for the film here!

While you wait, check out Park Ju Hyun in “Mouse” below: