The sequel to the 2020 hit comedy film “Honest Candidate” has dropped posters and a trailer!

The chaotic first new poster features Joo Sang Sook and her team as they prepare for her dramatic return as a National Assembly member. The top half of the poster features original cast members Ra Mi Ran, Kim Moo Yeol, and Yoon Kyung Ho posing comedically beside a giant two. On the bottom are Seo Hyun Woo, Park Jin Joo, and Yoon Doo Joon hiding behind the massive sign as the newest members of Joo Sang Sook’s posse. 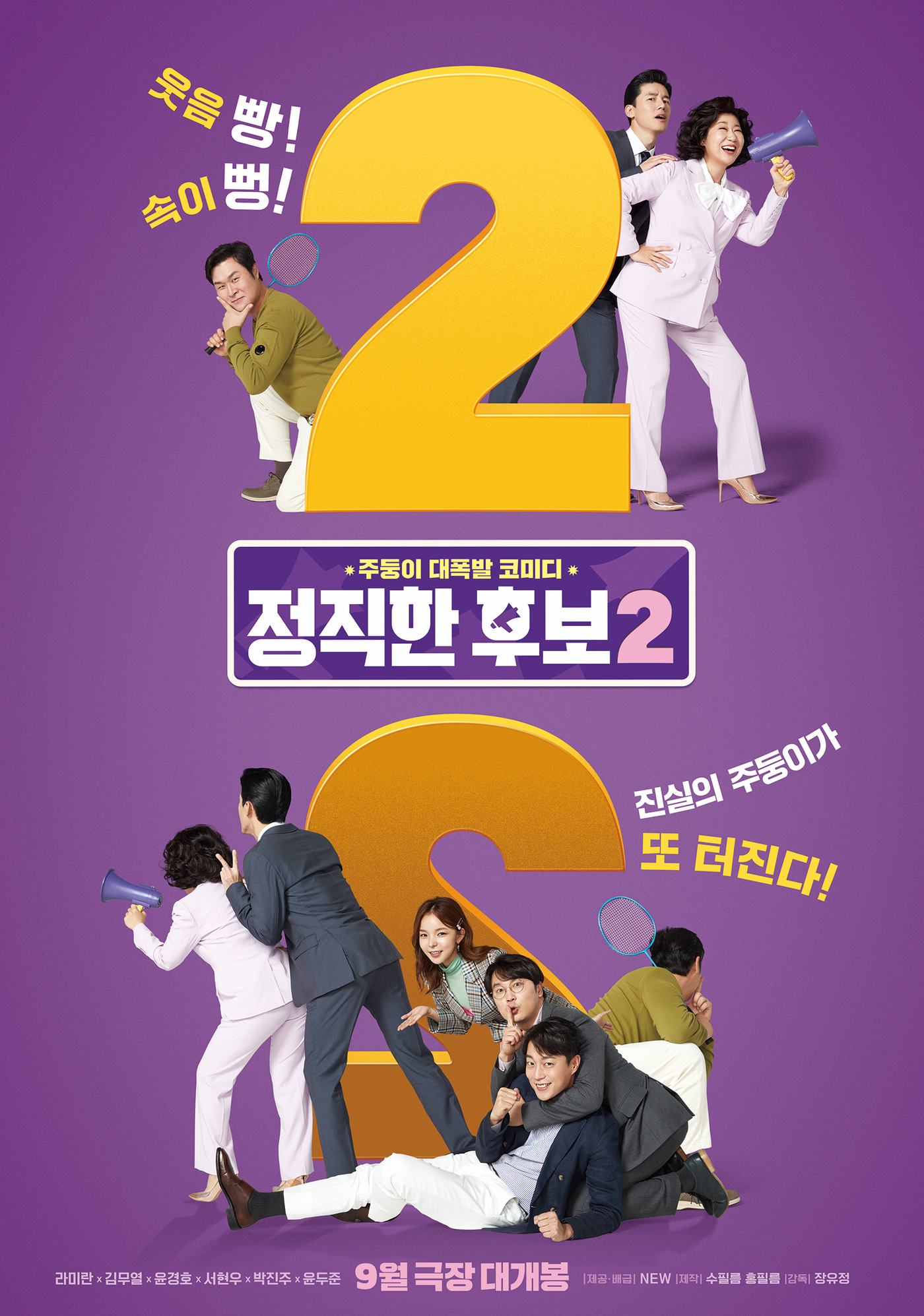 In the second poster, the group is all gathered together and Joo Sang Sook and Park Hui Cheol desperately cover their own mouths. The two look shocked, as if they surprised themselves by spilling their own secrets. The poster reads, “Double the explosion of honest big mouths that cannot lie!” 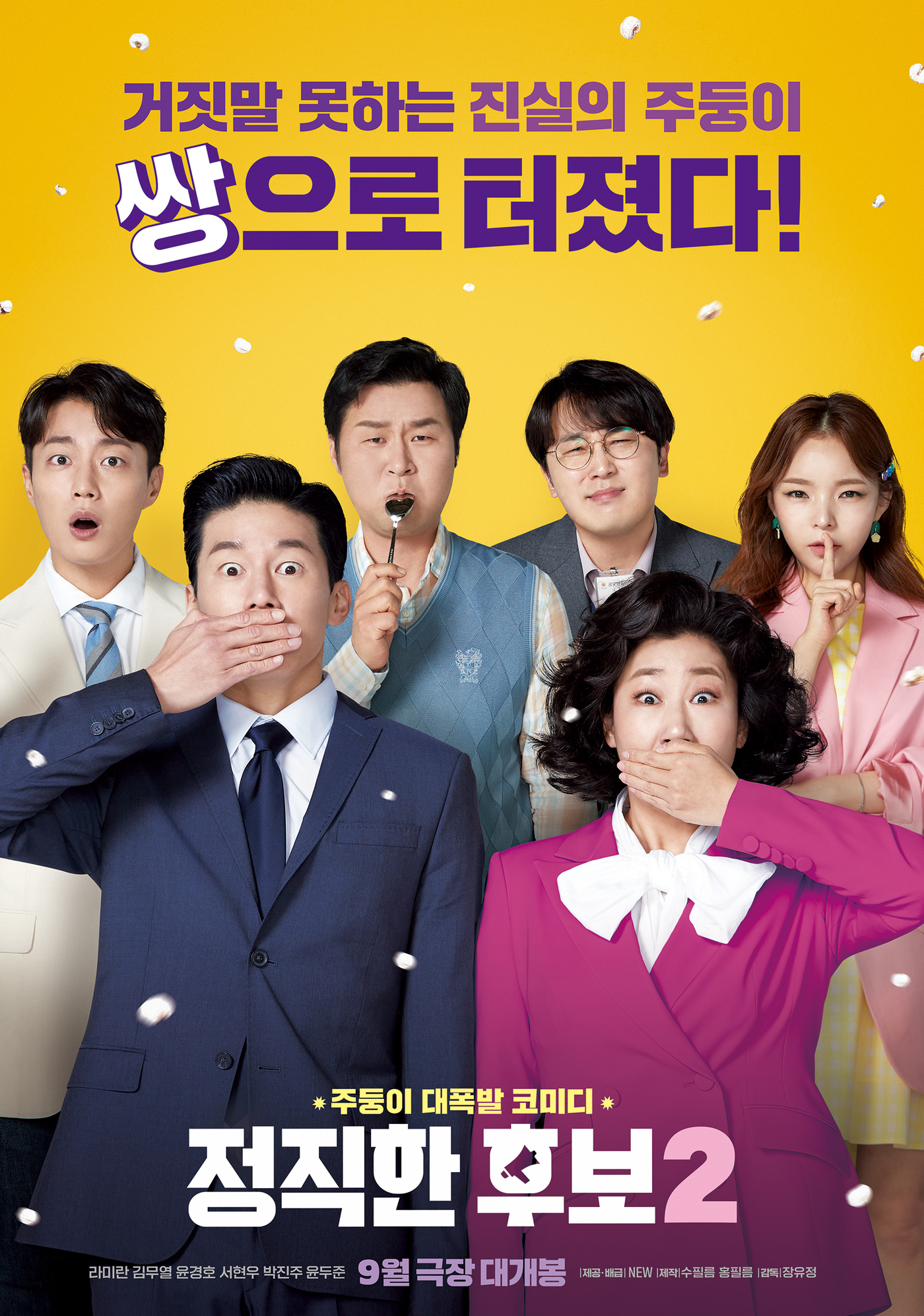 Miraculously, she is elected governor of Gangwon Province, but both her and her aide Park Hui Cheol find themselves in unexpected trouble when they can’t shut their honest, big mouths.

While waiting, watch the first film below!