Kwon Yool will portray Gu Tae Man, the director of the Human Rights Center in the Korean Olympic Committee. The former Taekwondo Olympic gold medalist has a strong desire for power and is the reason Je Gal Gil’s life was transformed overnight.

In the newly released poster, the two former national athletes face each other with increasing tension. The two are holding sparring helmets that are different colors, hinting they are vastly dissimilar people on ill terms. Moreover, Gu Tae Man is wearing a neat suit, whereas Gu Tae Man is dressed casually. Gu Tae Man’s expression is cool and cynical, and Je Gal Gil glares at his nemesis with heated anger and solid determination.

The text on the poster reads, “The moment your skills get even, the one with the stronger mentality wins,” foreshadowing their passionate confrontations in the future. 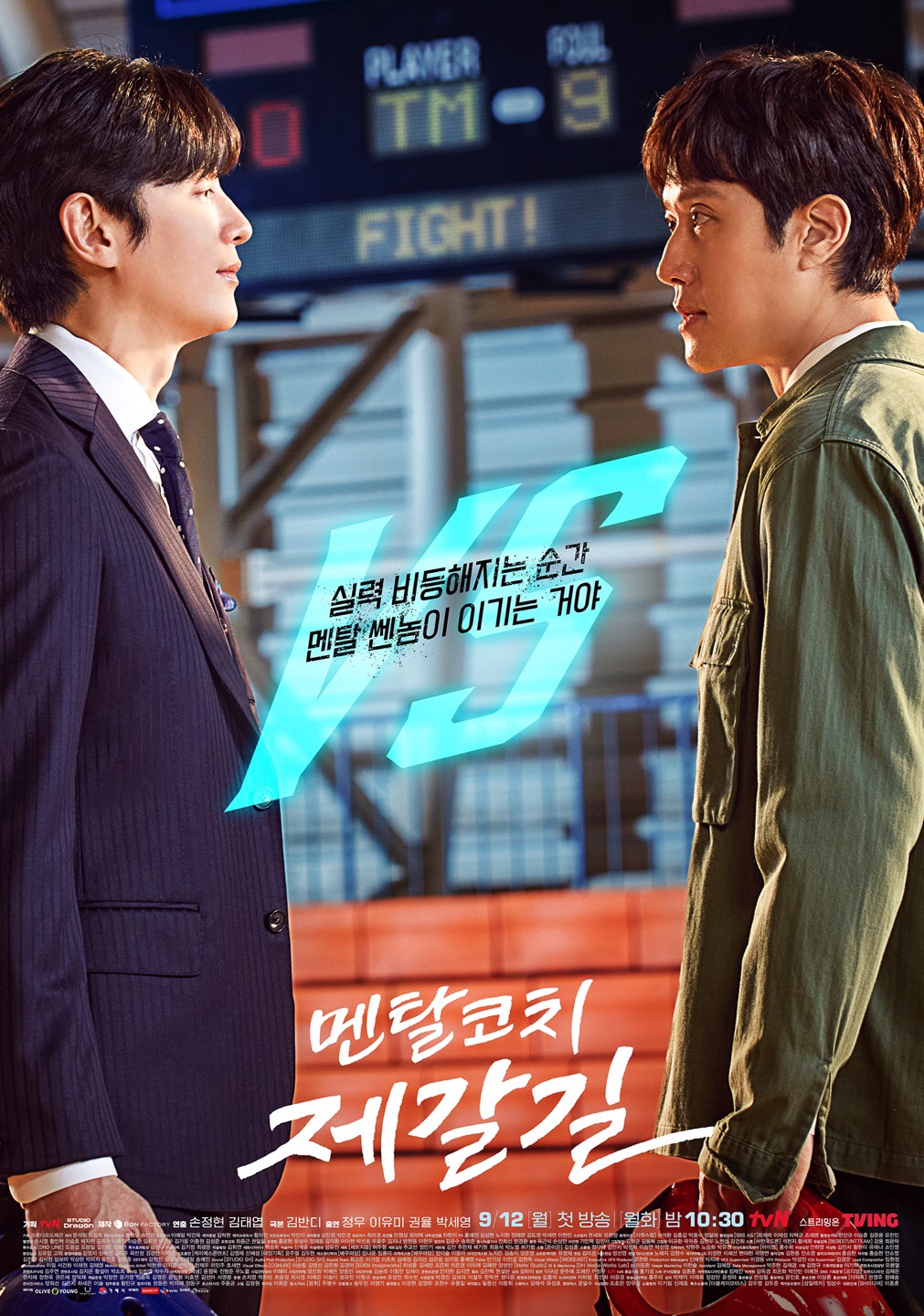