IVE’s Rei On What She Was Like As A Child, Her Concerns Before Their “After LIKE” Comeback, And More

In a recent interview and pictorial for Arena Homme Plus magazine, IVE’s Rei talked about their comeback with “After LIKE,” how she’s changed since her debut, and more!

While sitting down for an interview after her photo shoot, Rei mentioned that she had become an extrovert during her promotions with IVE. When asked what she was like as a child, she told a cute story about just how reserved she used to be.

“There was one time when I woke up before my mother, but I felt bad telling her that I’d woken up,” recalled Rei. “So I spent four hours just staring at the ceiling. That’s how careful I was about every word I spoke.”

Although Rei used to be into gaming, she revealed that she’s recently gotten into poetry instead. “I read poetry a lot,” she said, naming Na Tae Joo as one of her favorite poets. “When there’s a [Korean] word I don’t know [in a poem] and I look up the meaning, I find that I remember it longer [than words I learn in other ways].”

Rei, who hails from Japan, is in her fifth year of living in Seoul—and she shared that she now feels right at home. “It really feels like my hometown now,” said the idol. “Within Seoul, I especially like Jamsil… the neighborhood somehow feels very peaceful.” 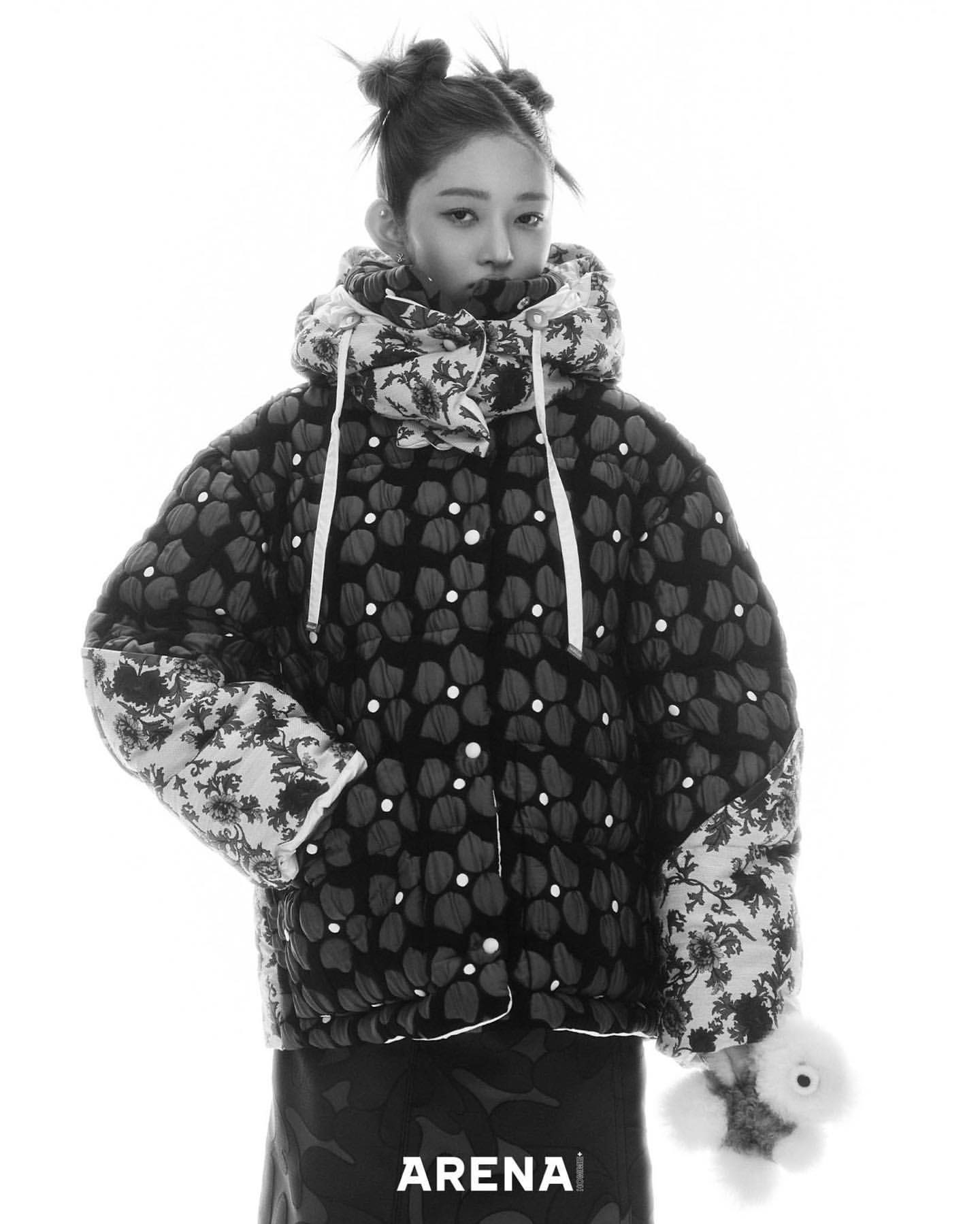 When asked to name her favorite part of the group’s massive hit “LOVE DIVE,” Rei picked one of her own lines. “I really like the part that goes ‘This attraction and curiosity that I can’t resist,'” she replied. “The lyrics and melody are great, but I also think that I did a good job expressing the meaning of that line.”

As for what she worried about before the group’s latest comeback with “After LIKE,” Rei confessed, “Whenever I step on stage, the desire to show new things and new sides of myself grows bigger and bigger. I worry a lot about each and every facial expression and gesture I make while performing. Because I need to keep showing an endless variety of changes.” 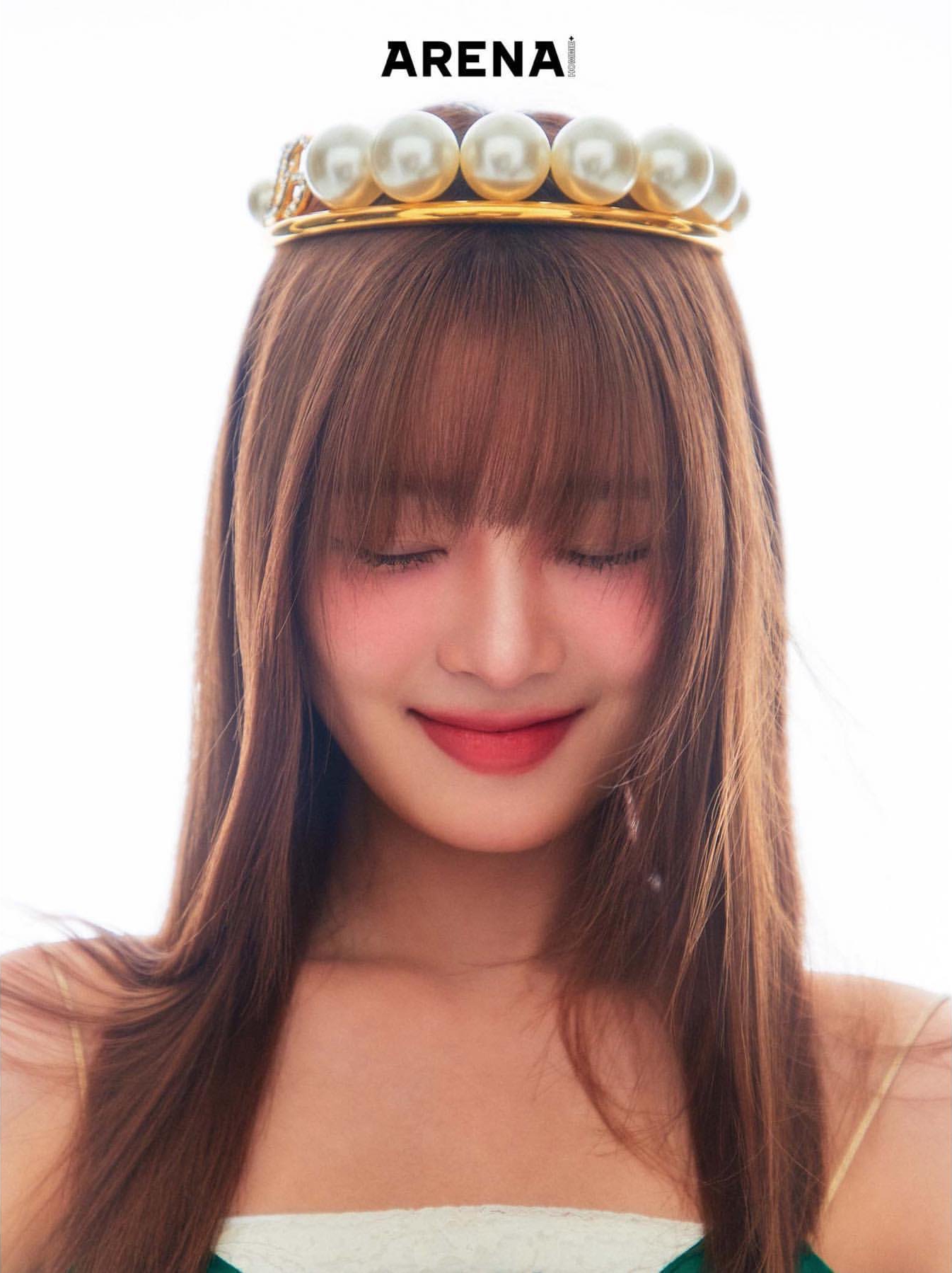 Speaking about her experience writing rap lyrics for “After LIKE,” which had not yet been released at the time of her interview, Rei revealed, “I worked to have my lyrics match the story of the IVE universe that lyricist Seo Ji Eum explained to us. To give you a hint, I captured the feeling of wanting to express love through actions in my lyrics.”

Noting how IVE’s lyrics have evolved through their title tracks since their debut, Rei went on, “In ‘ELEVEN,’ we told the story of a young girl who had fallen in love, and in ‘LOVE DIVE,’ we said, ‘If you have the courage to be in love, dare to dive in.’ In ‘After LIKE,’ which will soon be released, we’ve reached the level of expressing love. Isn’t that fun? That the world of our songs is full of IVE’s unique honesty, which is overflowing with confidence.” 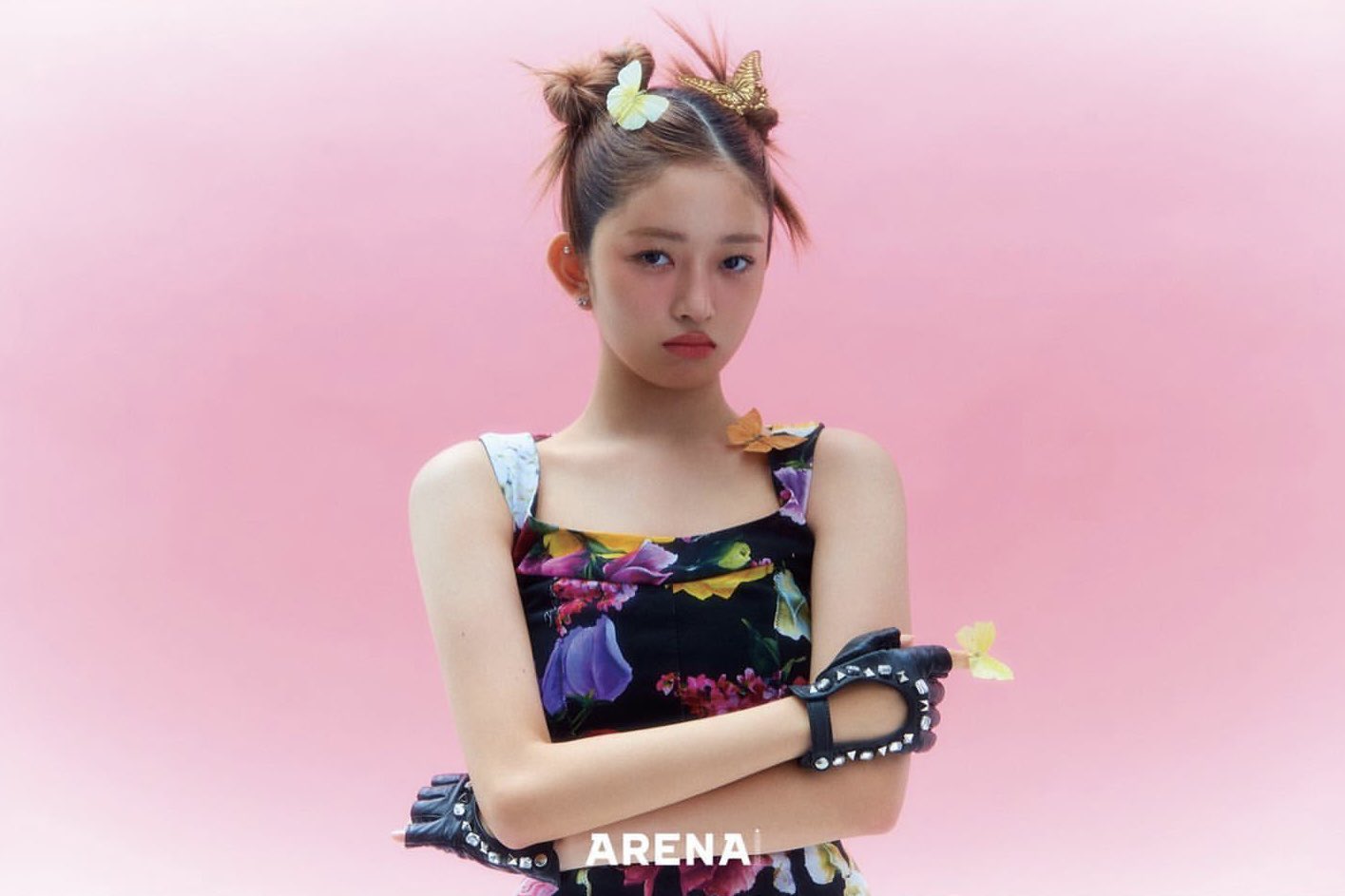 Rei’s full interview and pictorial can be found in the September issue of Arena Homme Plus magazine.

If you haven’t already seen it, check out IVE’s new music video for “After LIKE” here!

Rei
IVE
How does this article make you feel?