The youngest son of a chaebol family, Kang Hae Jin is a former idol who has become one of Korea’s most popular actors. Not only has he stolen hearts across the nation, but he is now a global superstar who is famous abroad as well. However, when a rumor begins to spread that puts the star in a tough spot, Kang Hae Jin turns to Choi Sang Eun looking for a fake marriage.

In newly released stills from the upcoming drama, Kang Hae Jin exudes the aura of a superstar as he goes about his everyday life in fashionable sunglasses. Since he needs to take good care of his skin on a daily basis, he can also be seen using eye masks while heading somewhere in a parking lot. 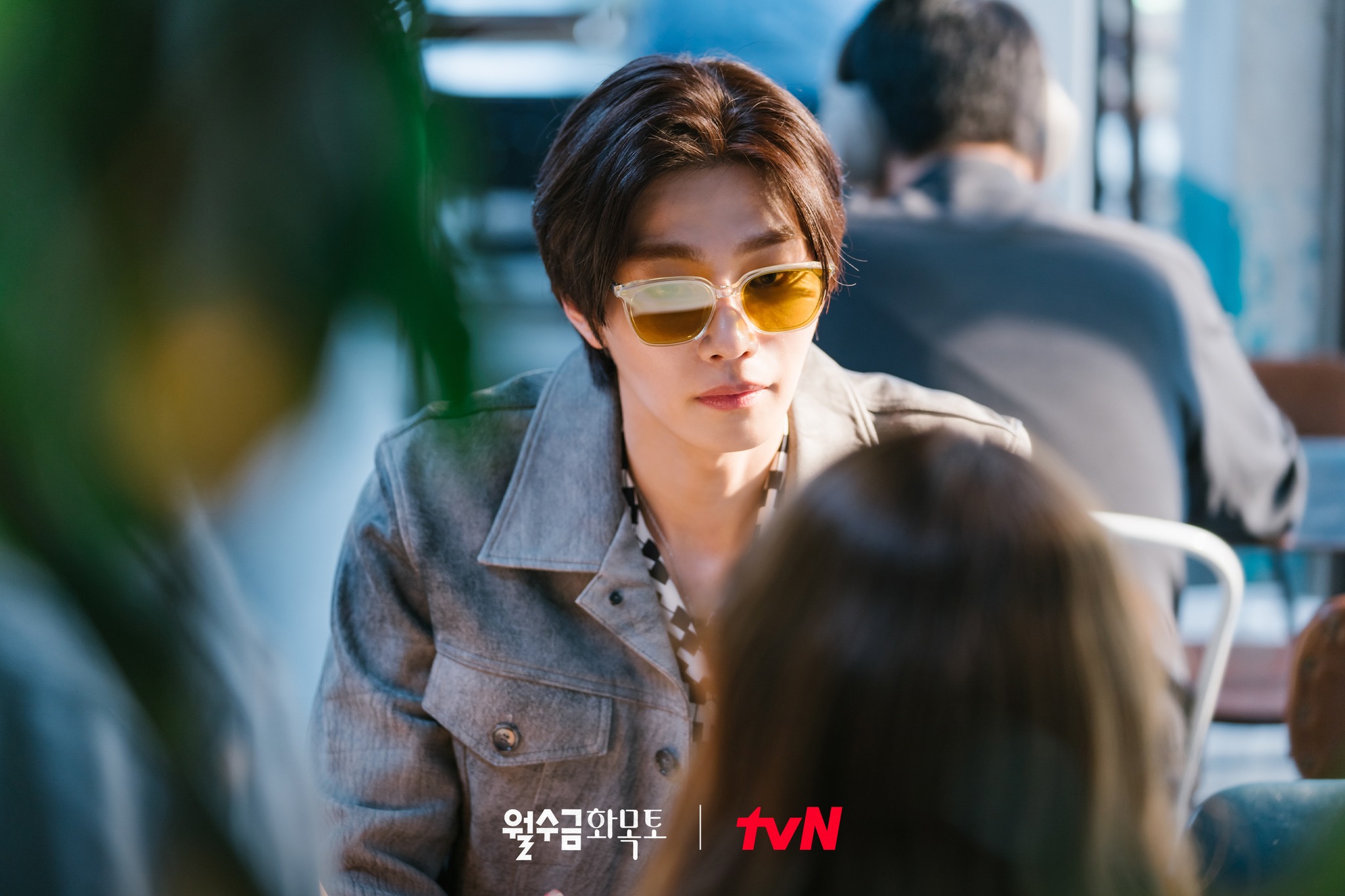 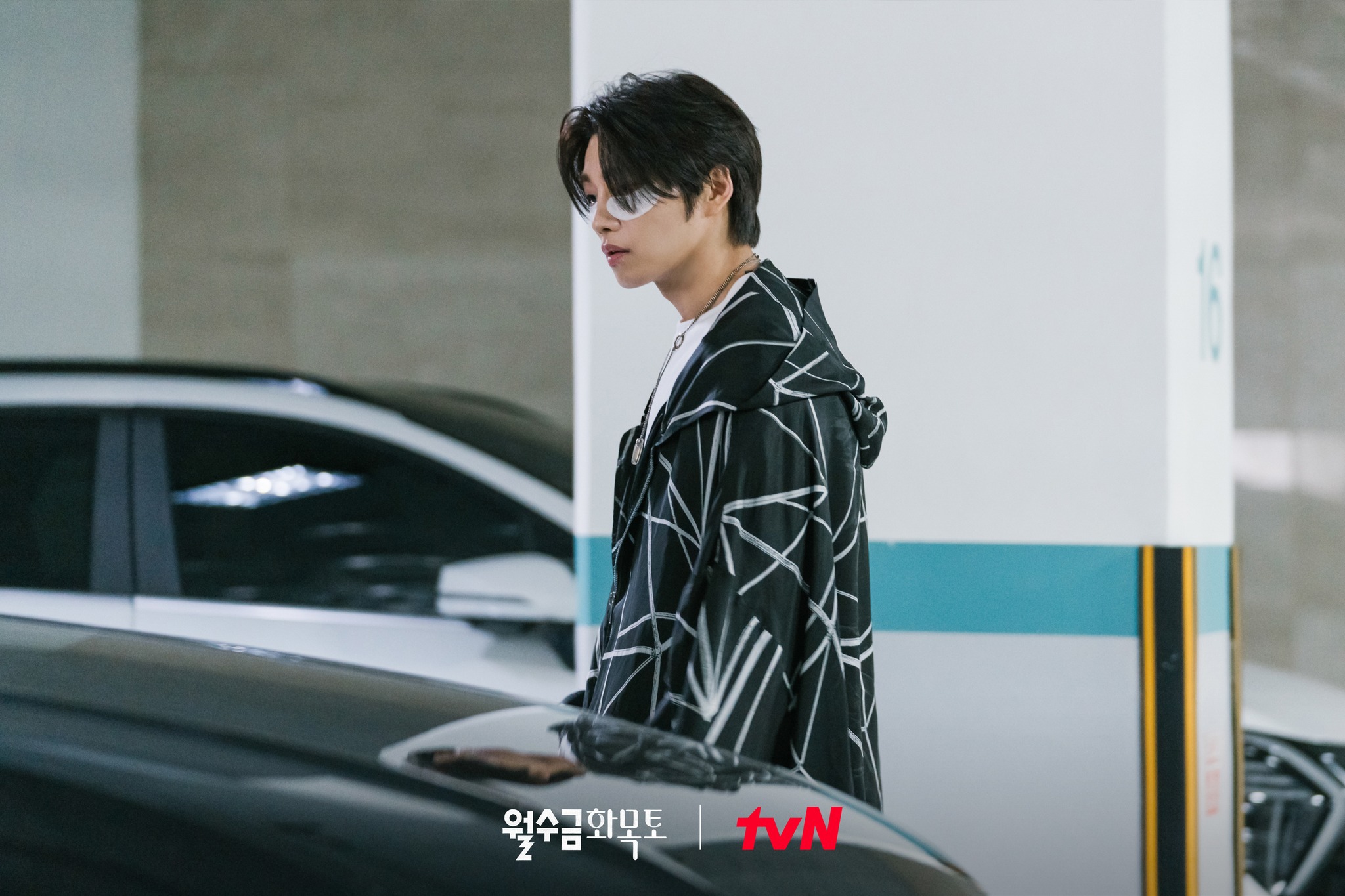 Finally, the actor seems as relaxed as ever while appearing on the news to promote one of his films in a stylish suit. 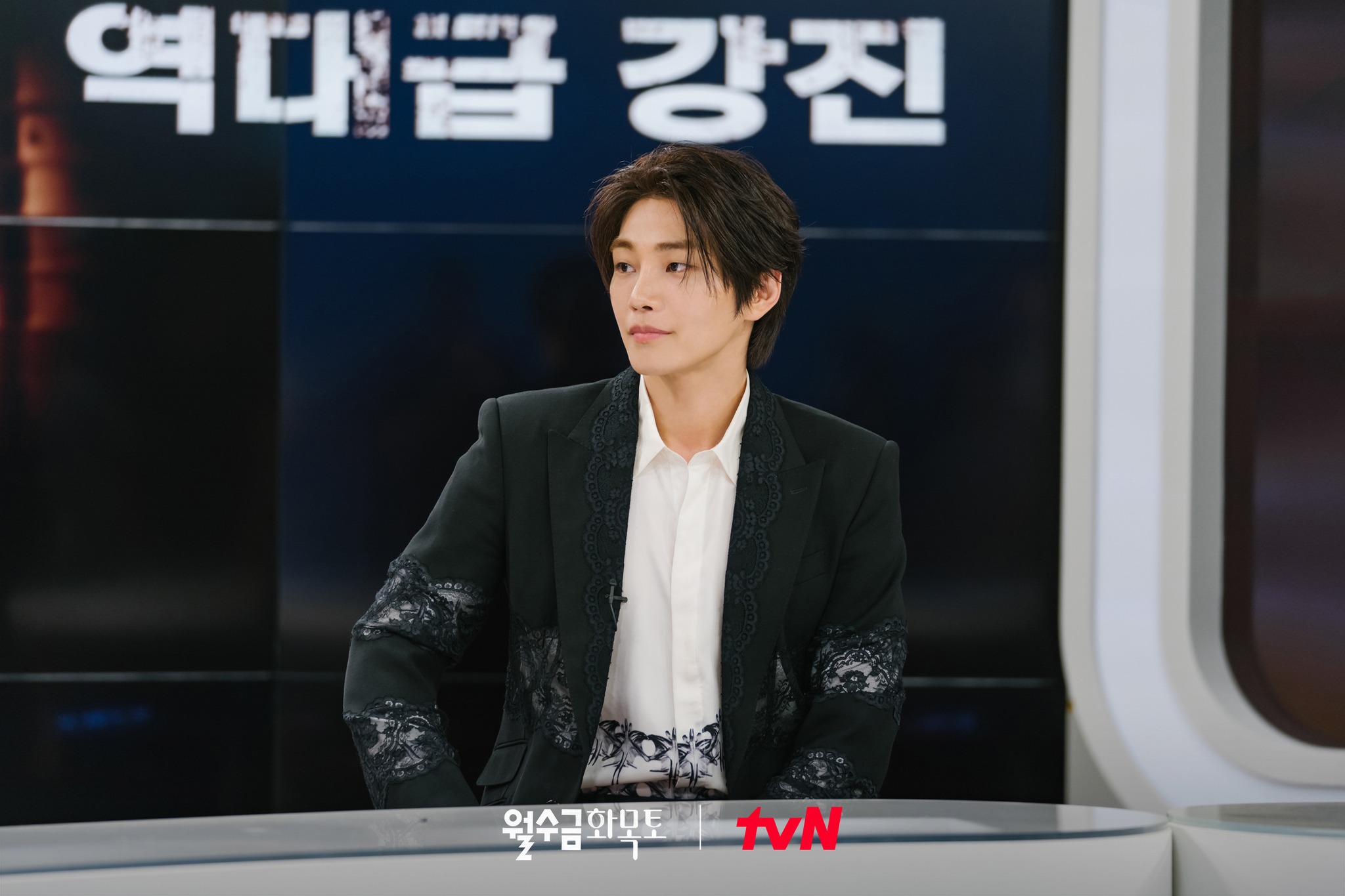 The producers of “Love in Contract” teased, “Kim Jae Young will display a wide variety of charms [in the drama]. Not only will he show off his character’s glamorous side as a celebrity, but also his unpredictable and mischievous charm.”

“In particular, Kim Jae Young will make viewers’ hearts flutter by displaying a lethal sexiness and the unexpected charm of a younger man who acts differently only around Park Min Young,” they continued. “Please look forward to his performance.”

Kim Jae Young
Love in Contract
How does this article make you feel?