Previously, deputy editor Seok Ji Hyung (Choi Daniel) was scouted by Neon Webtoon’s rival platform Youngtoon. If Seok Ji Hyung accepts the offer, not only will the damage to Neon Webtoon’s editorial department be significant, but On Ma Eum will also lose her reliable mentor.

The newly released stills reveal On Ma Eum and Seok Ji Hyung surrounded by a heavy atmosphere. On Ma Eum looks at Seok Ji Hyung with mixed emotions as if she has something she wants to say to him. Viewers are curious to find out if On Ma Eum will be able to hold on to Seok Ji Hyung just as she has successfully kept the webtoon authors she is in charge of from leaving their platform. 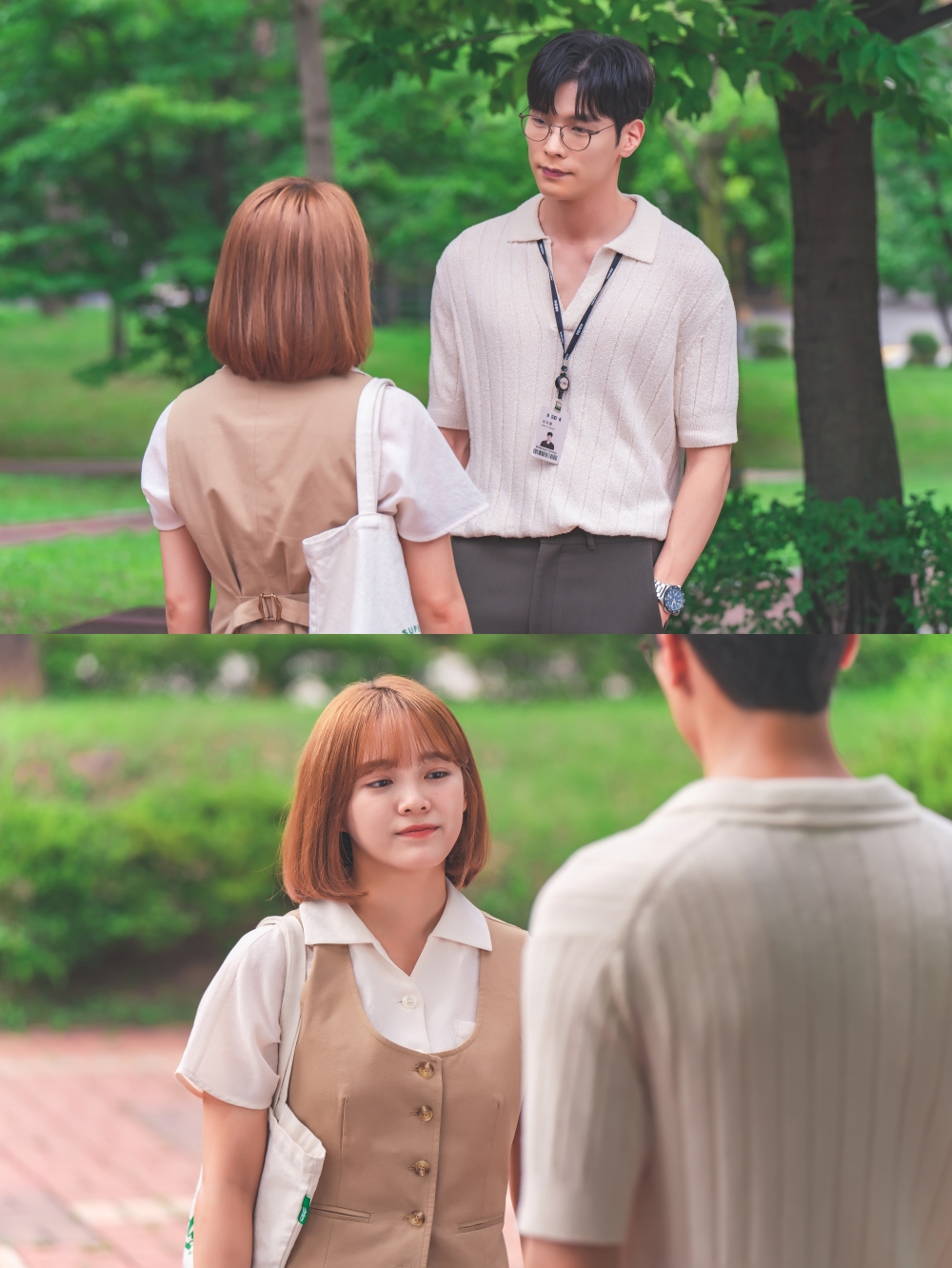 The production team shared, “Ma Eum, who came across big and small incidents, will face a critical moment in her career. Her mentor Seok Ji Hyung, who she has relied on and followed, will be at risk of leaving Neon.” They also asked viewers to tune in to to see if On Ma Eum and Seok Ji Hyung will be able to defend Neon Webtoon together until the end.

Kim Sejeong
Choi Daniel
Today's Webtoon
How does this article make you feel?