SBS has shared cast photos from the first script reading of an upcoming mystery rom-com!

“Cheer Up” (literal title) is a campus mystery rom-com about the passionate story of youth who gather at a college cheering squad that is falling into ruins after leaving behind its glorious past days. The drama will be helmed by director Han Tae Seob who co-produced “Stove League” and written by scriptwriter Cha Hae Won of “VIP.”

“Cheer Up” is SBS’s first campus drama in 23 years and its first about a cheering squad. As the drama is so realistic, it is said that the energetic script reading felt as if campus was transported right to the cast’s reading room!

Han Ji Hyun stars as Do Hae Yi, a rookie member of the cheering squad Theia of Yeonhee University. With gorgeous looks and a simple personality, Do Hae Yi is a cheerful freshman in the theology department. Due to difficult circumstances at home, she focuses all her attention on money. Do Hae Yi also joins the cheering squad for money, but she learns of romance and love, which she considers to be a luxury, along the way. 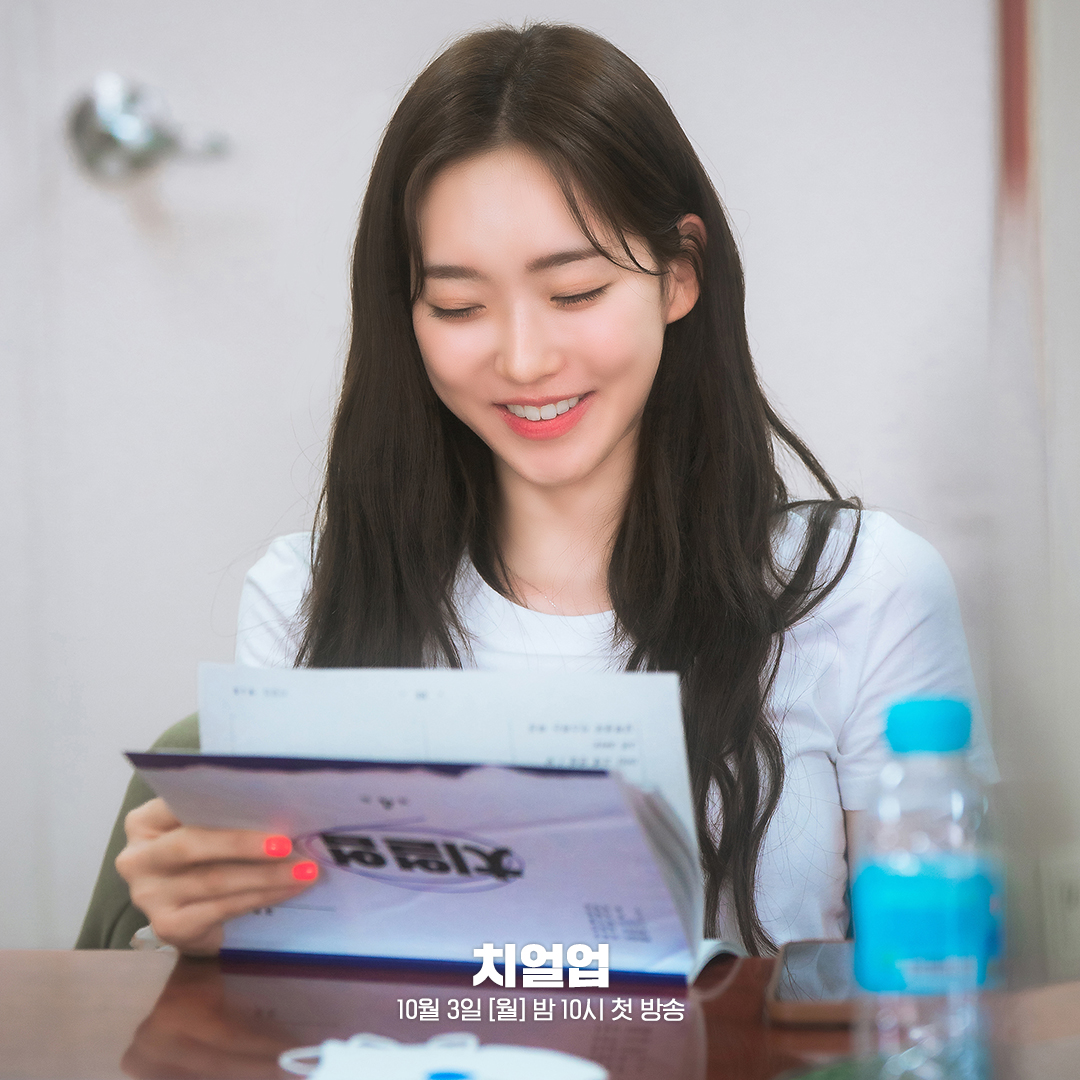 Theia’s captain Park Jung Woo is portrayed by Bae In Hyuk. Park Jung Woo always puts rules first and is misunderstood to be a condescending person, but he is a pure and romantic character with an upright heart. Leaving behind preparations for his state exams, he takes charge of the cheering squad that is in danger of disbanding. When the squad faces various issues, Park Jung Woo finds another thing he wants to protect in addition to the team. 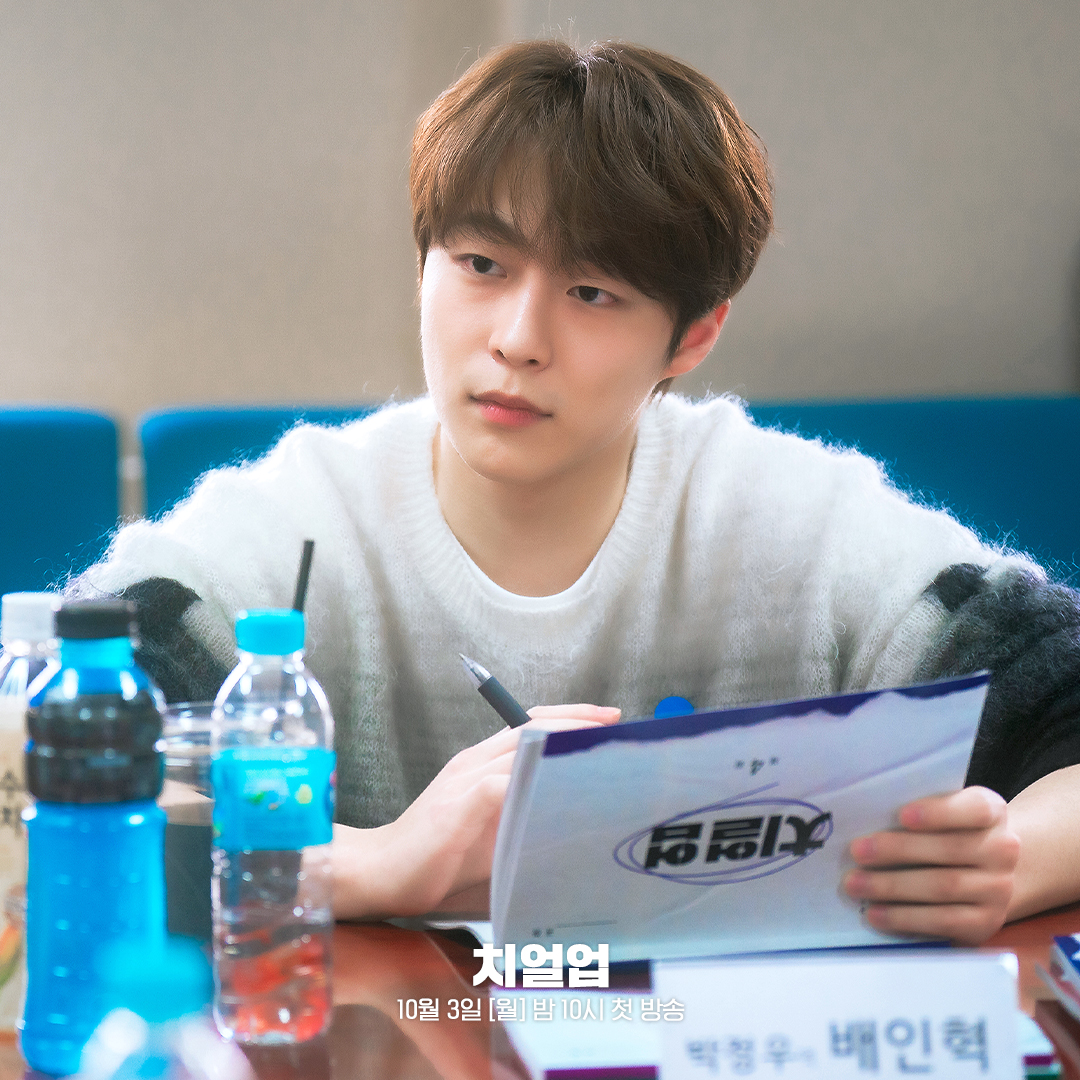 Kim Hyun Jin plays Theia’s rookie member Jin Seon Ho who has the big four – young, rich, tall, and handsome. Jin Seon Ho is also a medical student who has only taken the elite course in life. Having only experienced quick and non-serious relationships in which he doesn’t care about who comes and leaves, he learns of new emotions after meeting Do Hae Yi. 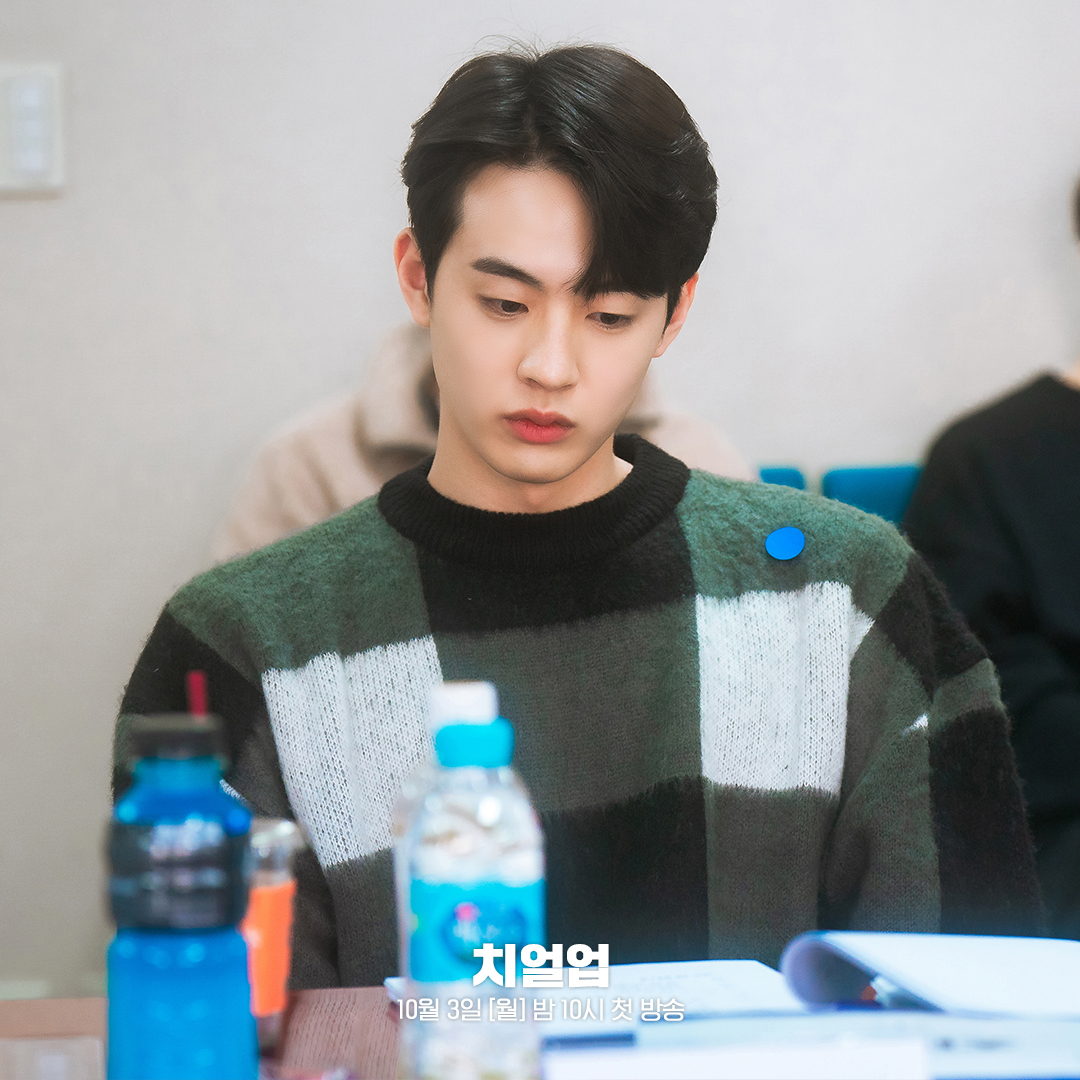 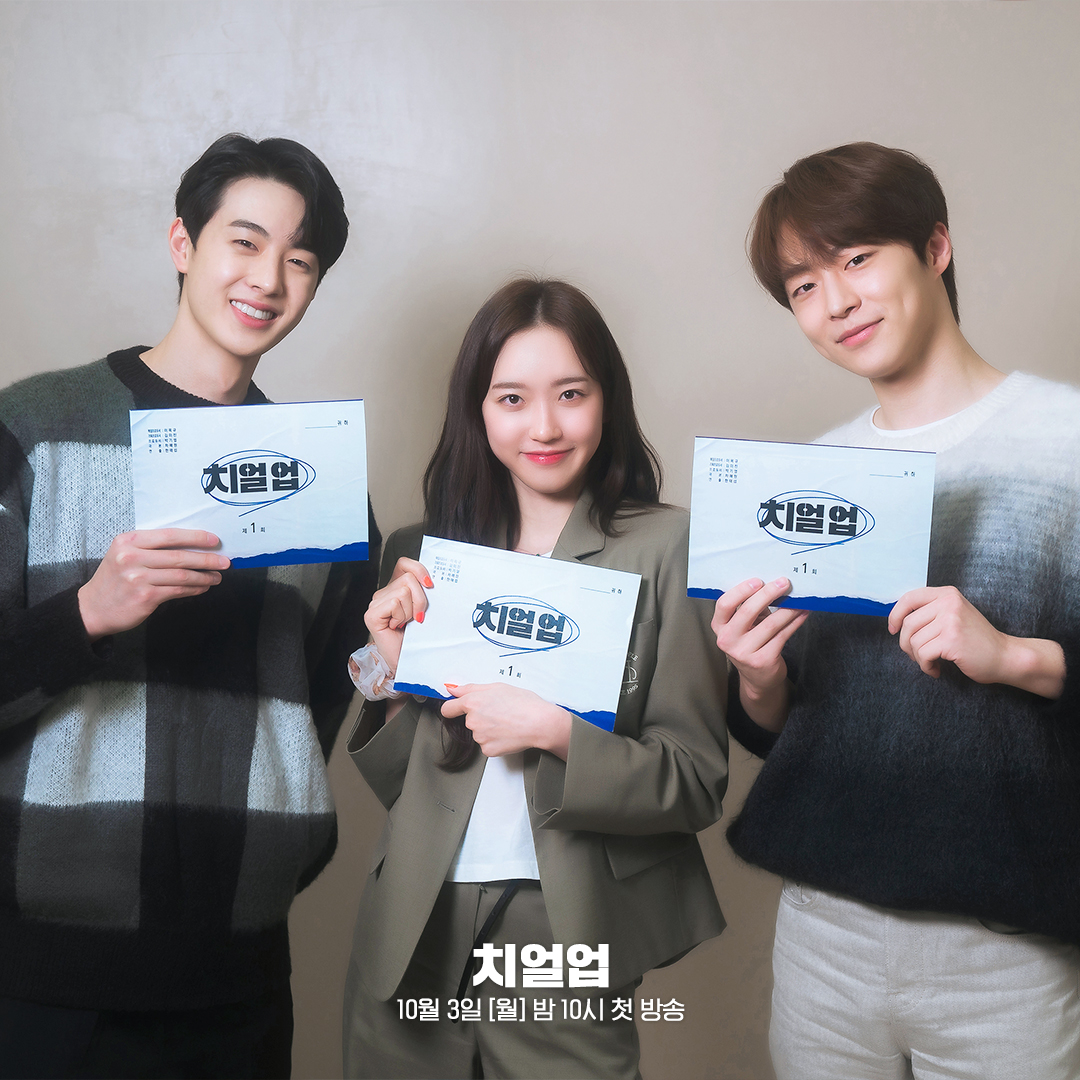 Jang Gyuri portrays Theia’s vice-captain Tae Cho Hee who has a cool, feisty, and refreshing personality. In contrast to Park Jung Woo’s uptight ways, Tae Cho Hee is result-oriented and a popular member of the squad.

Hae Yi’s best friend and new Theia member Joo Sun Ja is played by Lee Eun Saem who recently starred in “All of Us Are Dead.” Her easygoing personality makes her popular with all crowds, but she’s also the type of person who easily falls in love with any good looking face.

Yang Dong Geun will play the role of Bae Young Woong, a former squad member who entered university in 2002. Even after graduating, Bae Young Woong hangs around Yeonhee University in Cheers, the pub he runs near the school. Because he appears and disappears all around campus, students regard him as a strange figure, but he’s actually a successful businessman who mentally and financially supports the cheering squad. 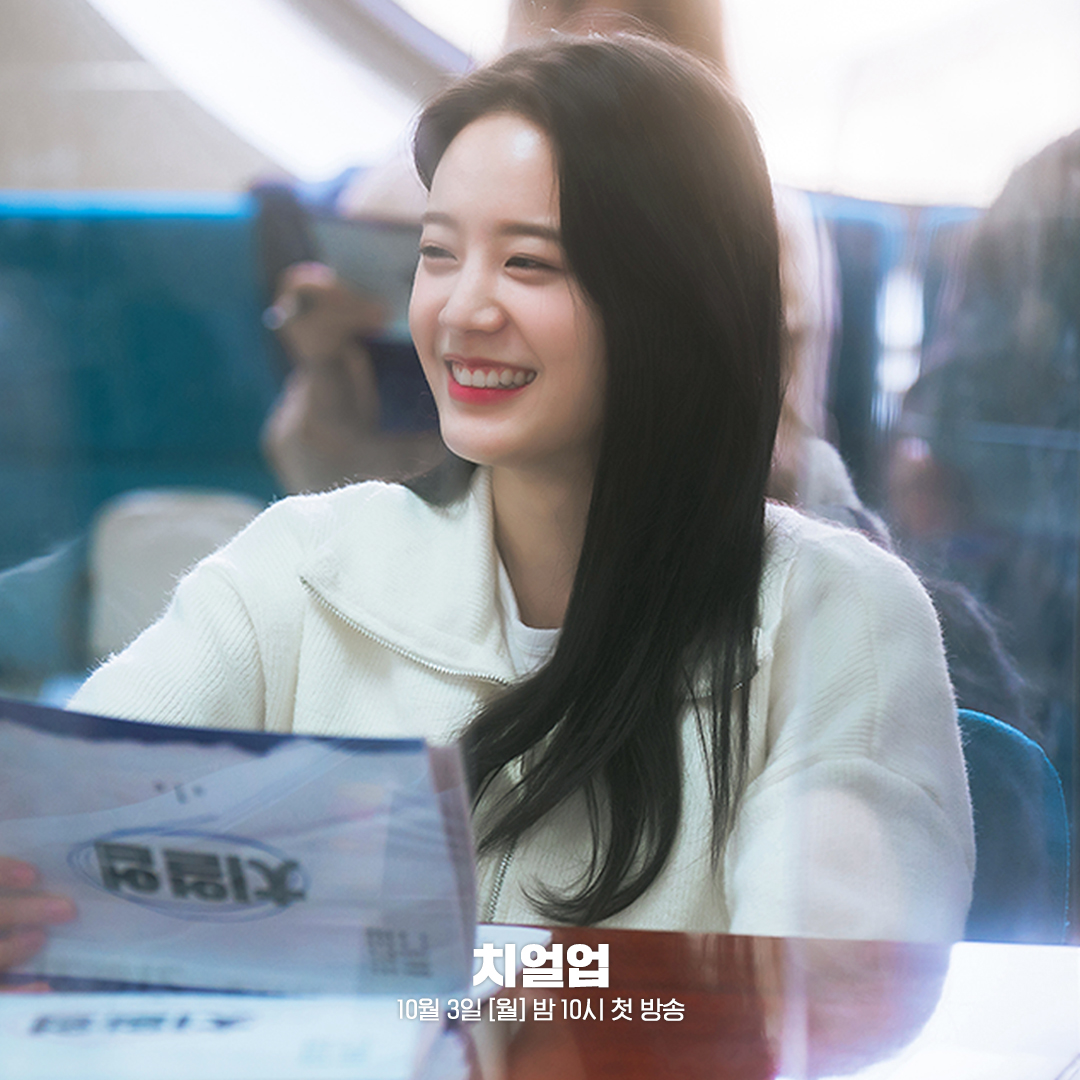 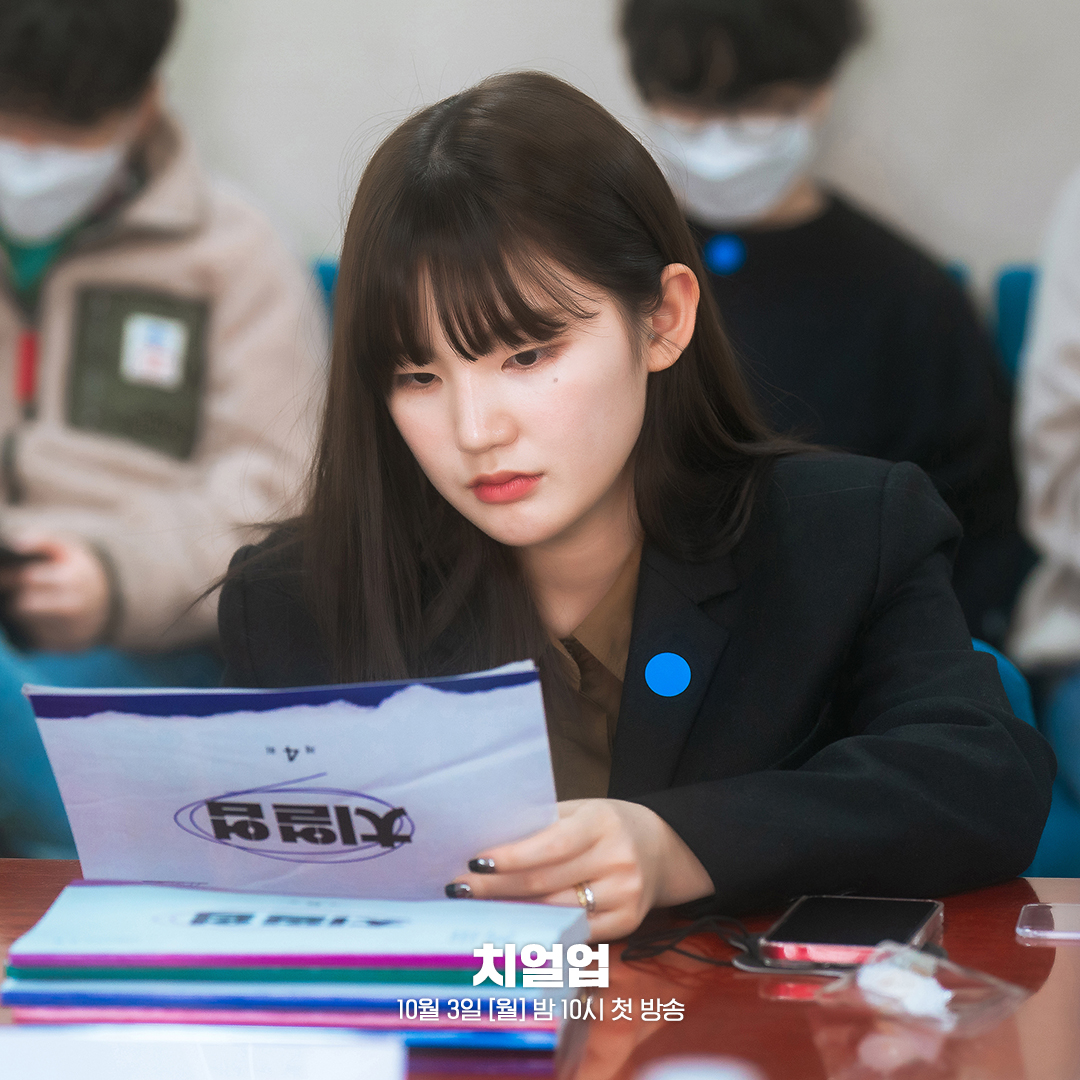 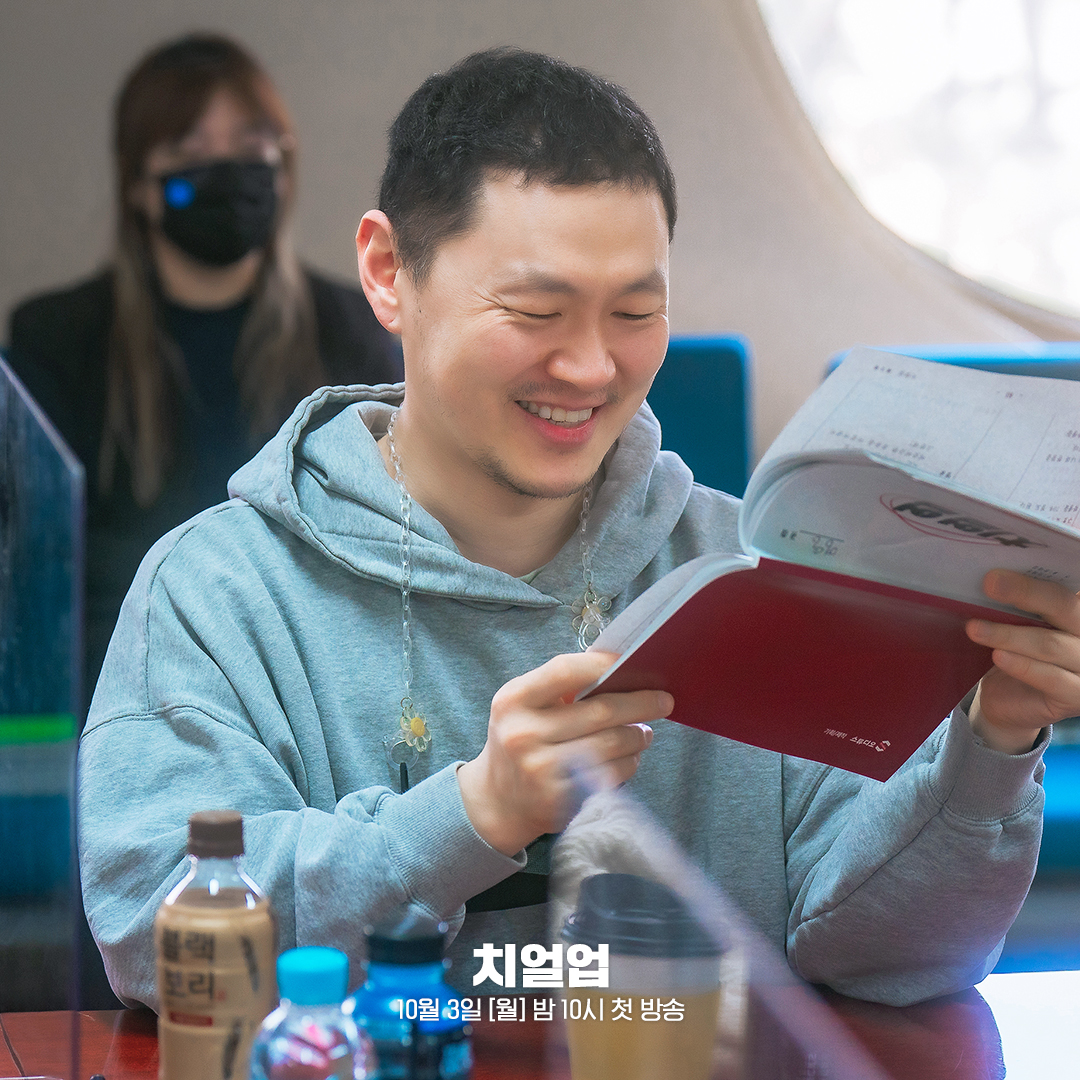 During the reading, the cast of “Cheer Up” showcased their stable acting and let out their bright, energetic charms. Just like the community their characters form in the drama, the main cast was able to get off to a great start in their real-life family-like friendships. On top of this was a layer of tension from the bickering between Han Ji Hyun and Bae In Hyuk, whose characters will subtly go back and forth between reality and fantasy as they navigate their romance.

Producers of “Cheer Up” commented, “Right from the first script reading, we were unable to stop smiling thanks to the actors’ positive energy and great acting chemistry. The atmosphere was elevated even more with the actors exploding into laughter as they related to the fantasy and reality of college life that is hidden in various places of the script. We plan to seek you out with a cheer song-like drama that will awaken the youth you forgot about due to your busy lives, so please look forward to it.”

In the meantime, watch Han Ji Hyun in “The Penthouse 3” with subtitles below!