Kang Tae Oh shared a heartwarming reunion with his co-stars from his drama “Run On”!

In the photos, Kang Tae Oh holds up a board with messages mentioning his upcoming military enlistment, including “Tae Oh, if you go to the military, we’ll make sure to…” and “Tae Oh, the military.” One message that refers to him as Young Hwa, the name of his character from “Run On,” reads, “Young Hwa… the military…” 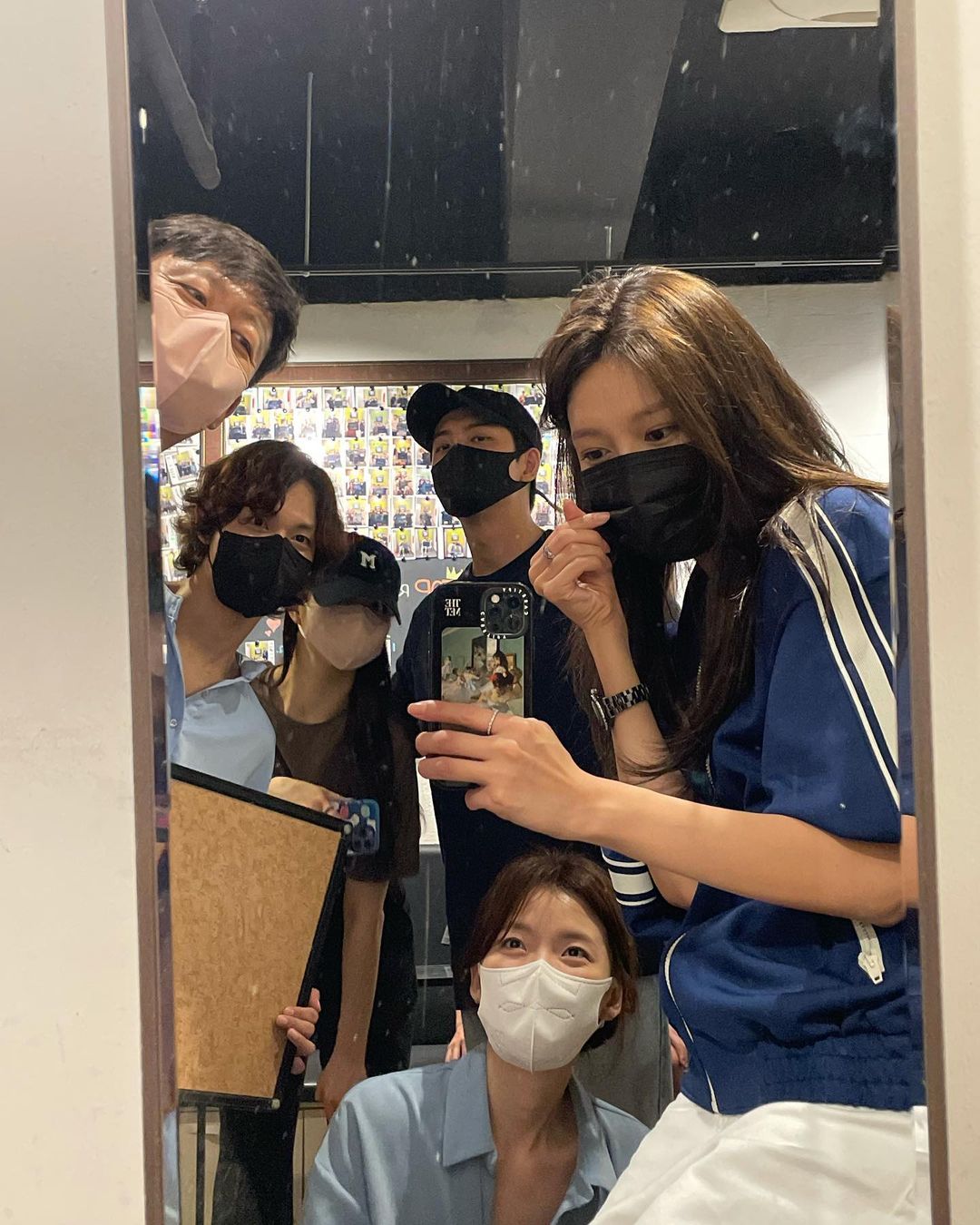 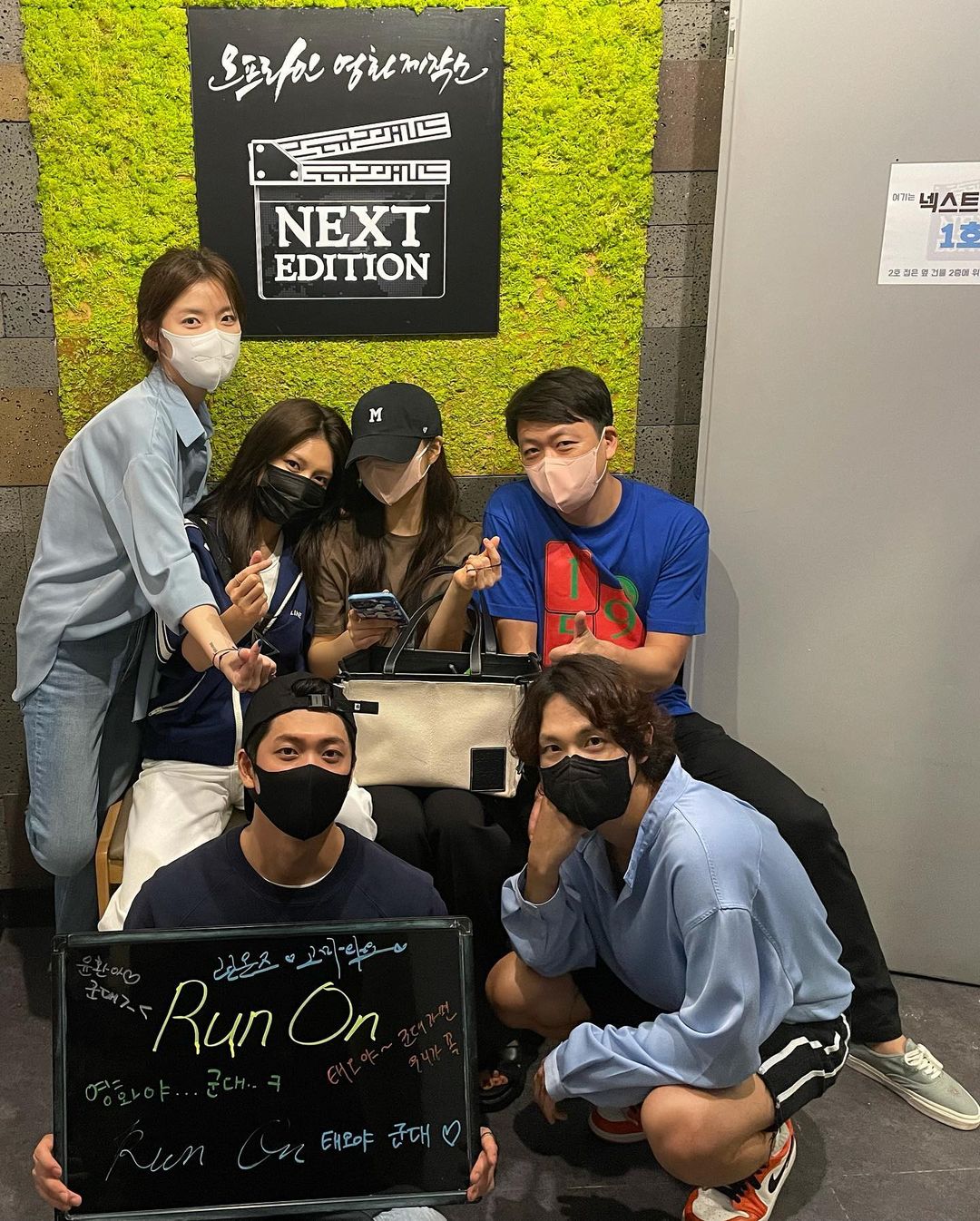 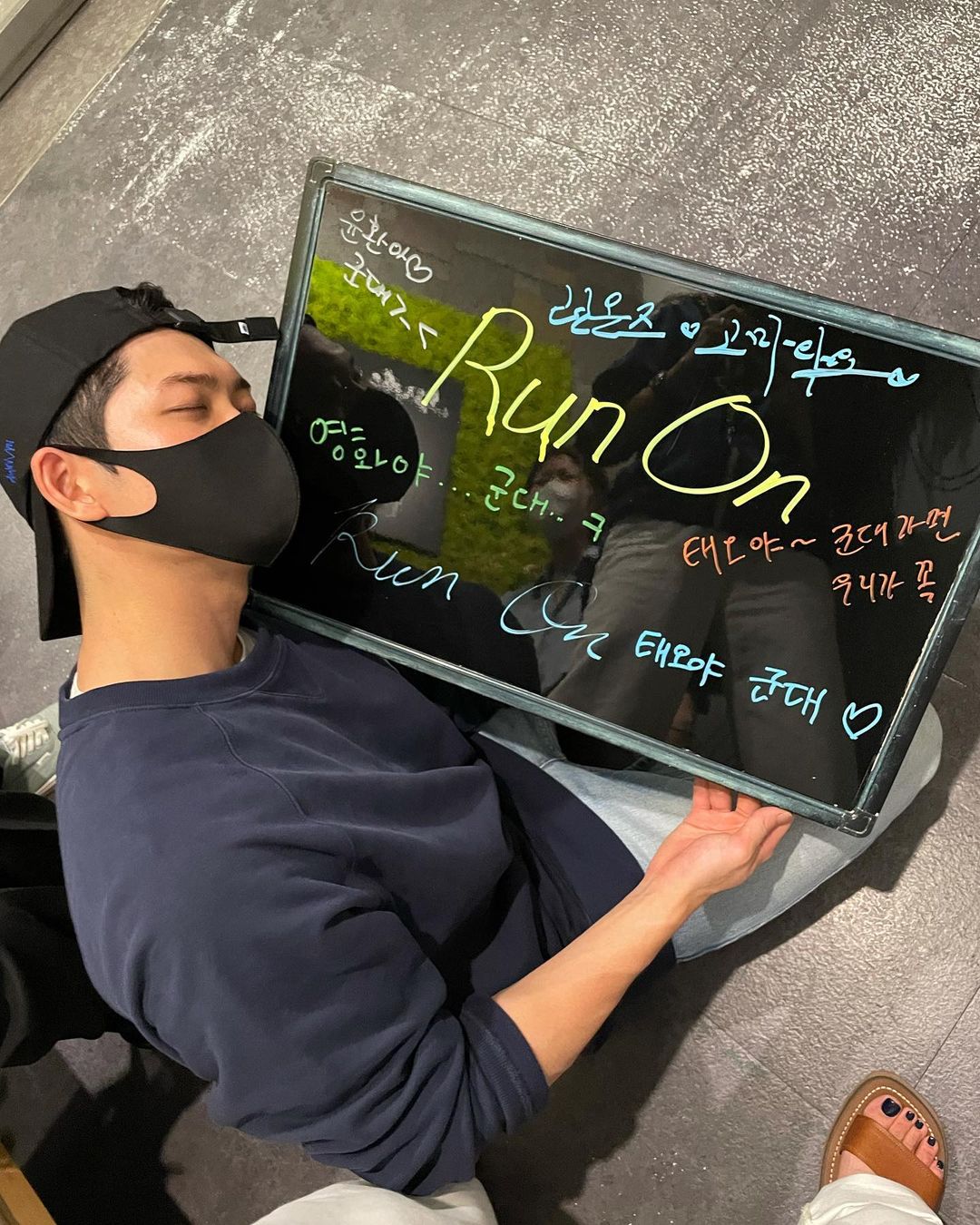 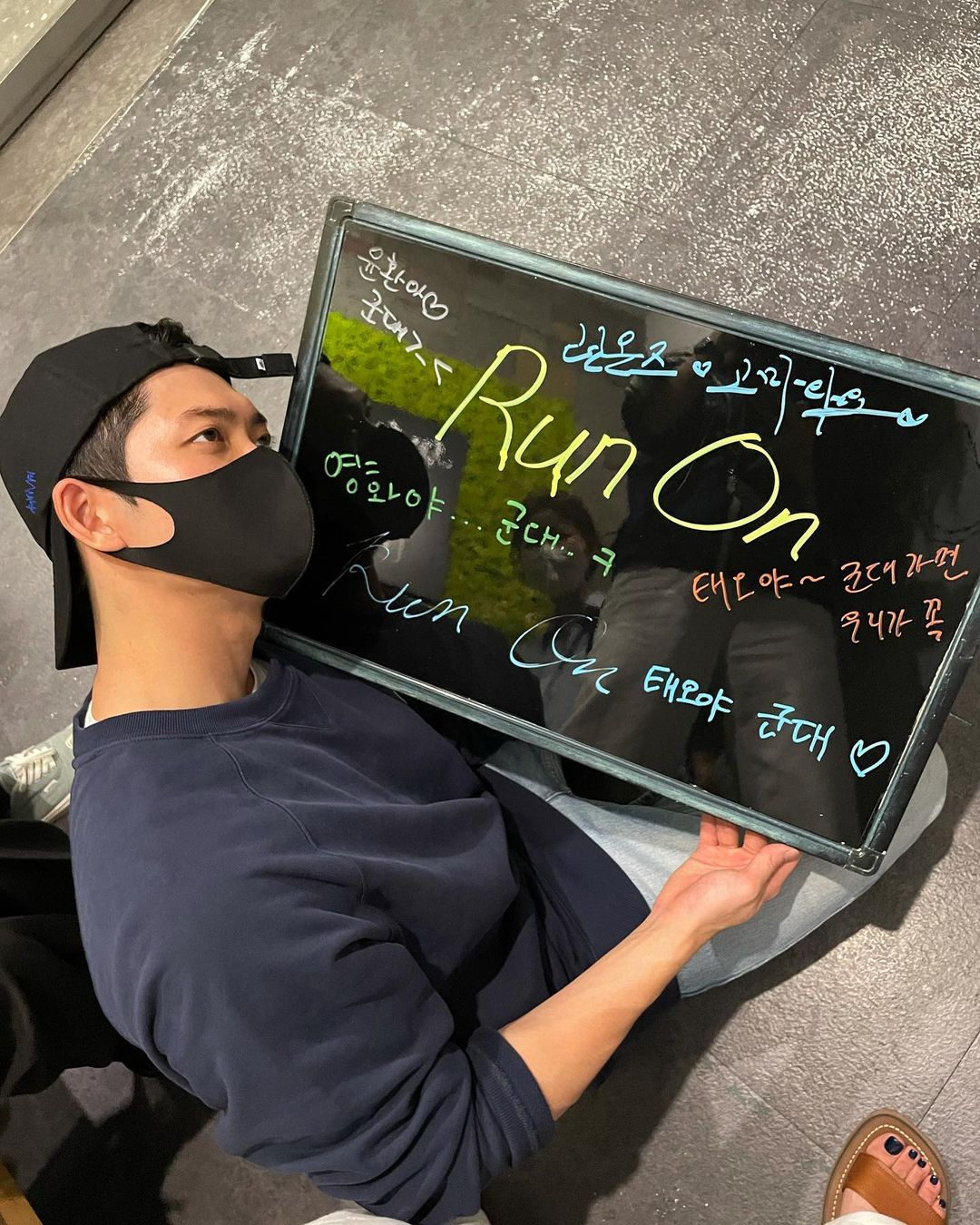 Kang Tae Oh also posted several blurry photos of himself that Sooyoung had snapped during their outing, writing in the caption, “..? Photo by Sooyoung Choi.”

Sooyoung playfully replied in the comments, “Because I know about vibes.”

Sooyoung similarly took to Instagram Stories to share several cute photos from the reunion. On one photo of her and Kang Tae Oh, she added the caption, “Photo by our writer,” while on another, she tagged Kang Tae Oh and wrote, “A farewell party for our wholesome and harmless Tae Oh…” with a salute emoji. 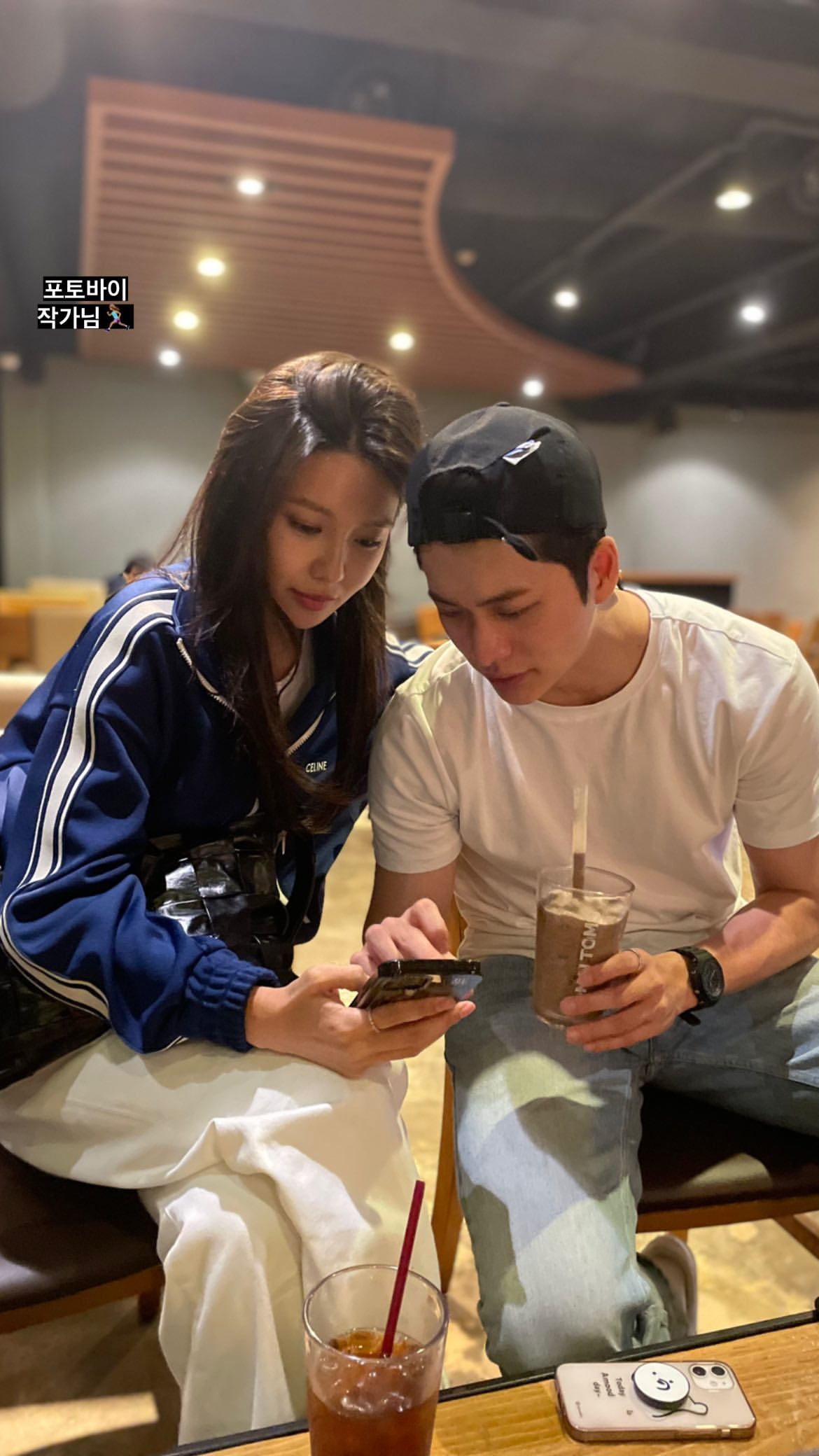 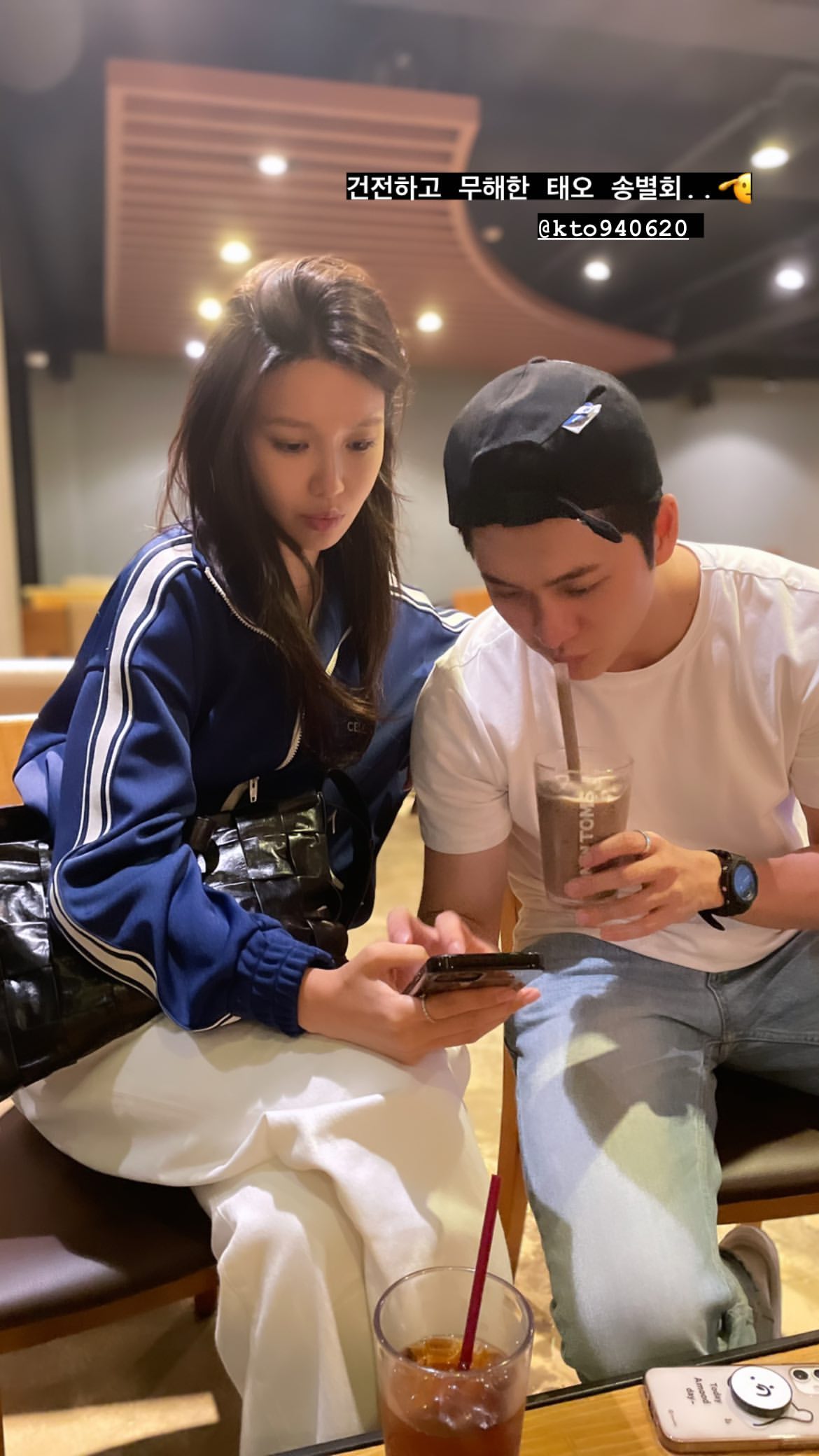 …and Kang Tae Oh in “Doom at Your Service” below!