BLACKPINK Becomes 1st K-Pop Artist To Debut A Song At No. 1 On ARIA Singles Chart

For the week of August 29, BLACKPINK’s new pre-release single “Pink Venom” entered the ARIA Singles Chart at No. 1—making them the first K-pop artist in history to debut a song at No. 1 on the chart.

BLACKPINK is also the first K-pop group—and only the second K-pop artist overall—ever to reach No. 1 on the ARIA Singles Chart. The only other K-pop artist to top the chart to date is PSY, who previously climbed to No. 1 with his smash hit “Gangnam Style” back in 2012.

BLACKPINK debuted at #1 on this week's Singles Chart, making it the highest-debuting single by a K-pop group in ARIA Chart history! 🔥💖#ARIAChartHistory #ARIA #BLACKPINK #PinkVenom pic.twitter.com/HpKGUJet7q 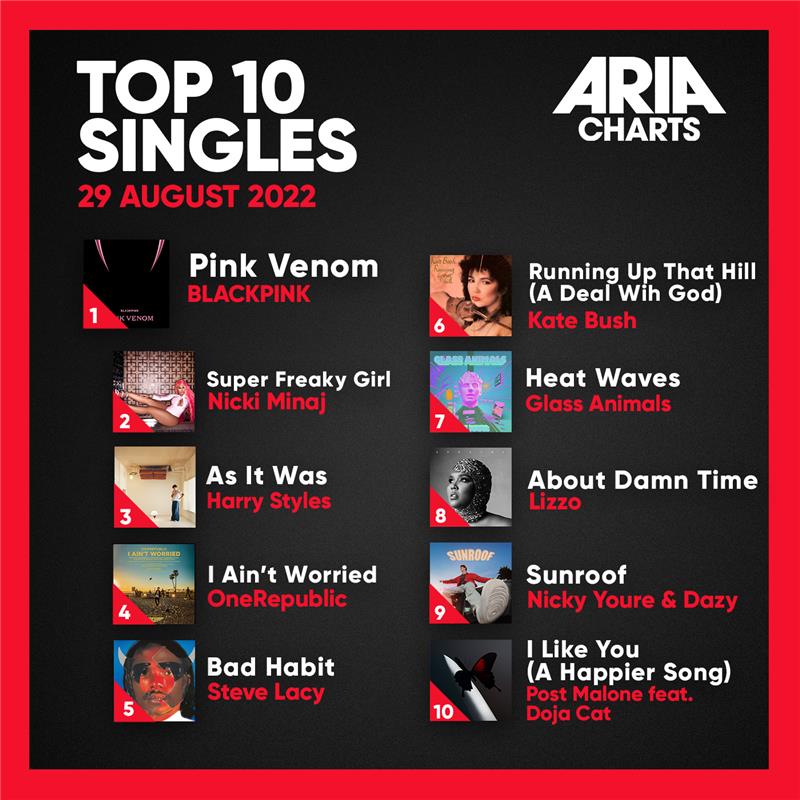 Congratulations to BLACKPINK on making K-pop history in Australia!