Watch: NewJeans Couldn’t Be More Hyped While Reacting To All 4 Of Their Own “Hype Boy” MVs

NewJeans has shared a fun reaction video for their “Hype Boy” music videos!

Last month, the rookie girl group from Min Hee Jin’s new HYBE sub-label ADOR released an interactive music video for “Hype Boy,” one of the three title tracks from their self-titled debut EP. The music video started with a “Choose Your Own Adventure”-esque intro that ultimately led to four interconnected but separate music videos, each of which starred different members of the group.

On August 28, NewJeans released a video of themselves reacting to all four of their music videos for “Hype Boy,” which are set in the same world but tell different stories focused on specific members.

At the beginning of the clip, Minji reveals that it’s their first time watching the music video properly, and Hyein turns to the camera to chime in, “It kind of feels like we’re watching it together with you guys.” After holding hands to calm their nerves, the five idols hit the play button and start watching the intro—only to immediately begin screaming hysterically out of excitement.

Throughout the entire video, the NewJeans members are adorably unable to contain their enthusiasm as they marvel at how pretty their bandmates look and how cool the music videos turned out. 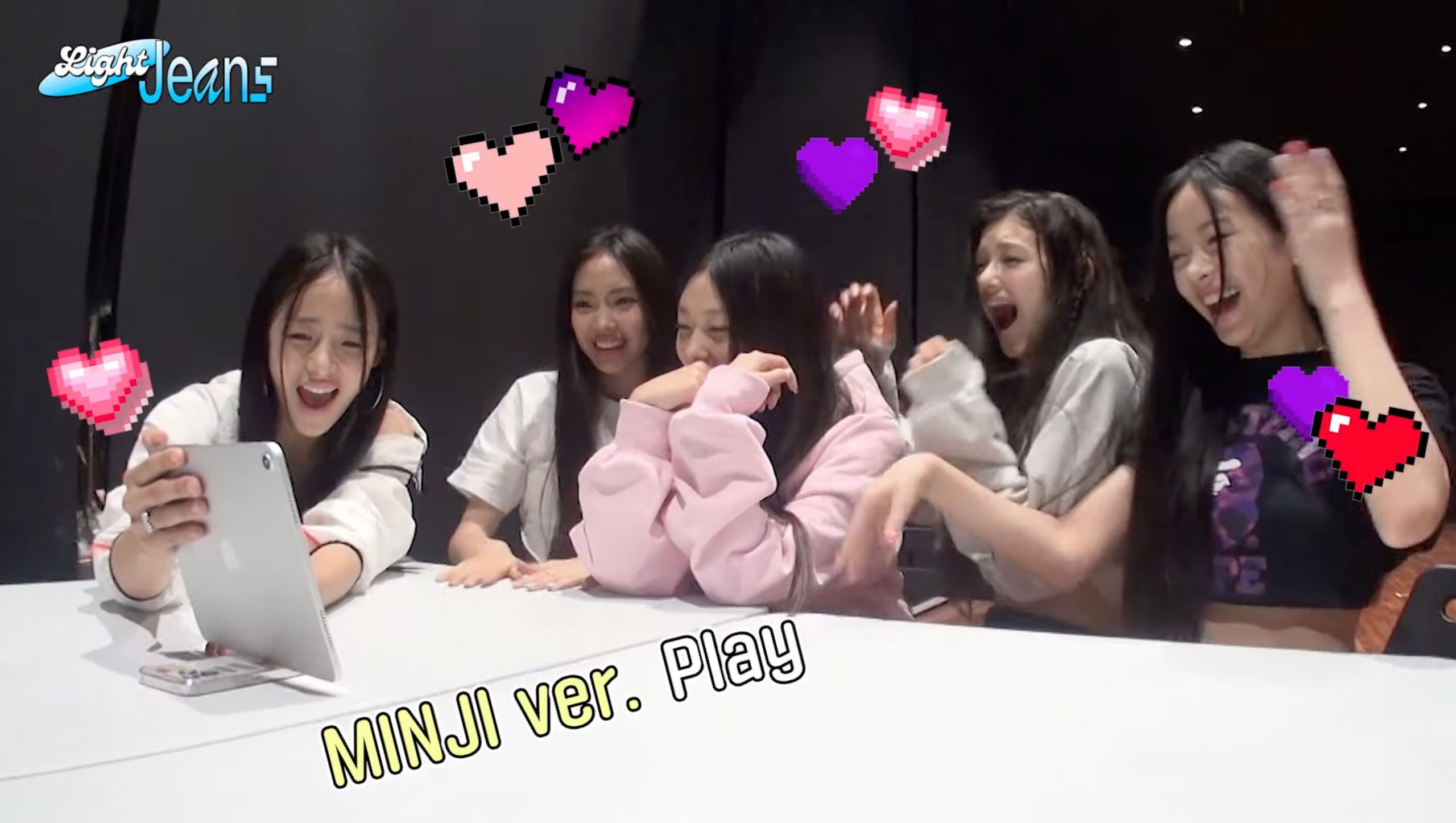 At the very end, the idols notice that all five of them disappear in the last scene of Danielle and Haerin’s music video, with an observant Haerin pointing out, “We only disappear in this one.” Hyein then exclaims, “So there’s a correct order [to watch the videos in]! This one shouldn’t be watched first. We need to tell [our fans] about this!”

Meanwhile, Danielle wonders aloud, “You know how there are certain messages in each of the ‘Hype Boy’ music videos? I’m so curious whether people will be able to catch and understand all of them.” Hyein responds, “To be honest, there are a few things that you need to be really focused while watching in order to spot.”

Hanni goes on to note, “They even used our real-life texting style and tone for the [fictional] text messages in the videos,” to which Haerin agrees, “There are so many little details [like that].”

Finally, Minji wraps up the video by turning to the camera and saying, “I hope you’ll really focus on each and every one of the stories while watching.” The other members chime in, “Please enjoy [our music video]!”

Check out NewJeans’ full reaction to their “Hype Boy” music videos below!